It’s the Festive season but Melbourne City should not expect any holiday favours from Brisbane Roar Women when they clash in Round 10 of the Westfield W-League at Broadbeach on Monday, 28 December (2.30pm KO).

City, who have gone nine games without defeat and lead second-placed Canberra United by eight points, can clinch the Premiership with a win over Brisbane.

But coming off the back of last week’s sensational 3-0 wipe of Sydney FC, the Roar Women are happy to be party-poopers again against City on Monday.

“We’ve been painted the underdogs going into this match and we will happily take that.

“The challenge for us to to make sure we are consistent with our performance.

“It is something we have had issues with all season but I believe off the back of last weekend’s performance we are ready to step up against against Melbourne City.” 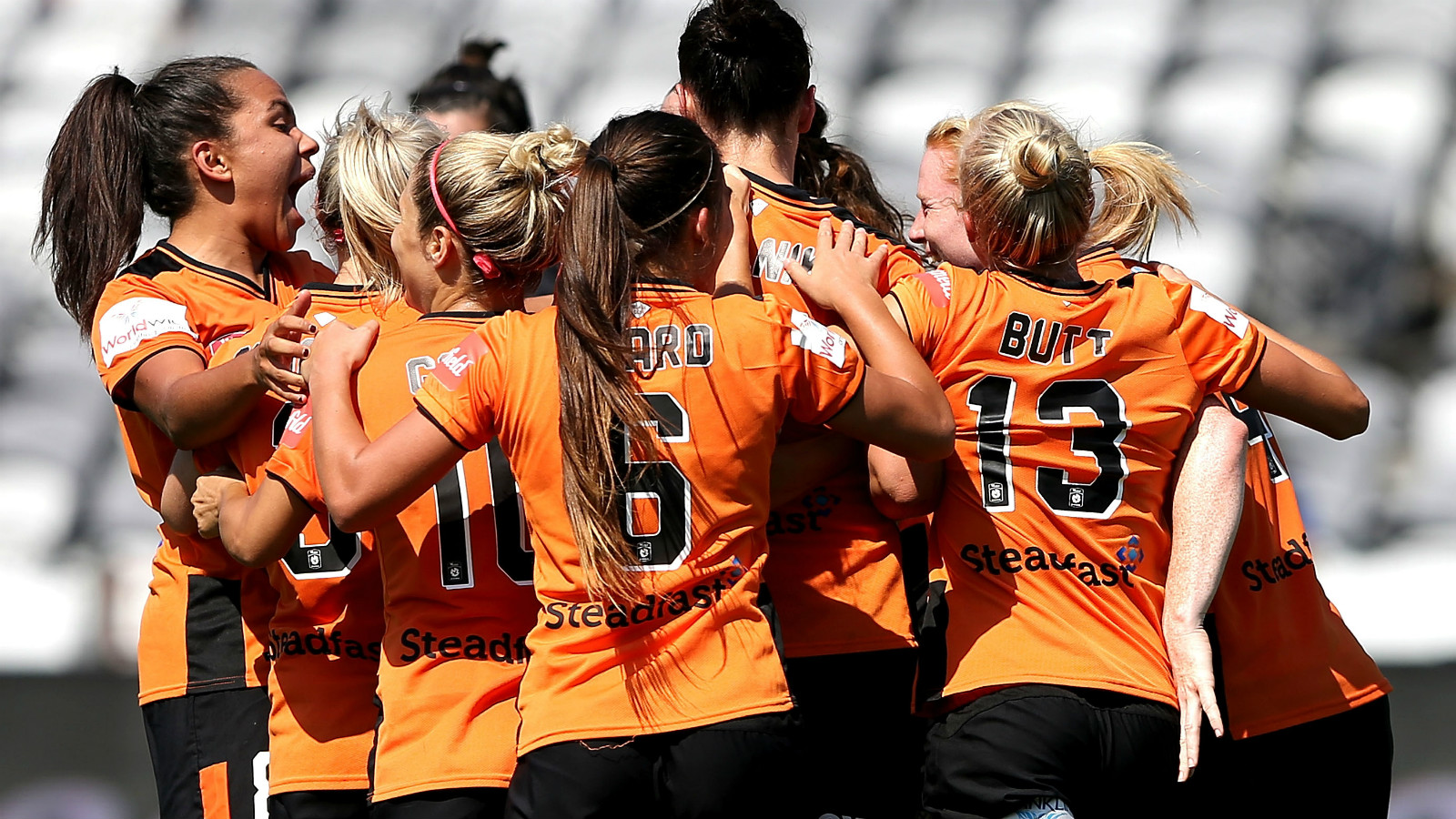 Inspiring the Roar Women to another upset is the knowledge that they more than matched Melbourne City in football in their Round 6 clash in November – until Brisbane had a player sent off (defender Ruth Blackburn) and slumped to a 4-0 loss.

“The football that we played against Melbourne City in Melbourne . . . we had them stuck until we lost Ruth. You can’t give City a free player anywhere on the park,” Wilson said.

“We will come up with another game plan to try and stop them from playing and then continue with what we did on Sunday.”

The Brisbane suqad is also bolstered by the return from suspension of New Zealand international midfielder Kirsty Yallop (below). 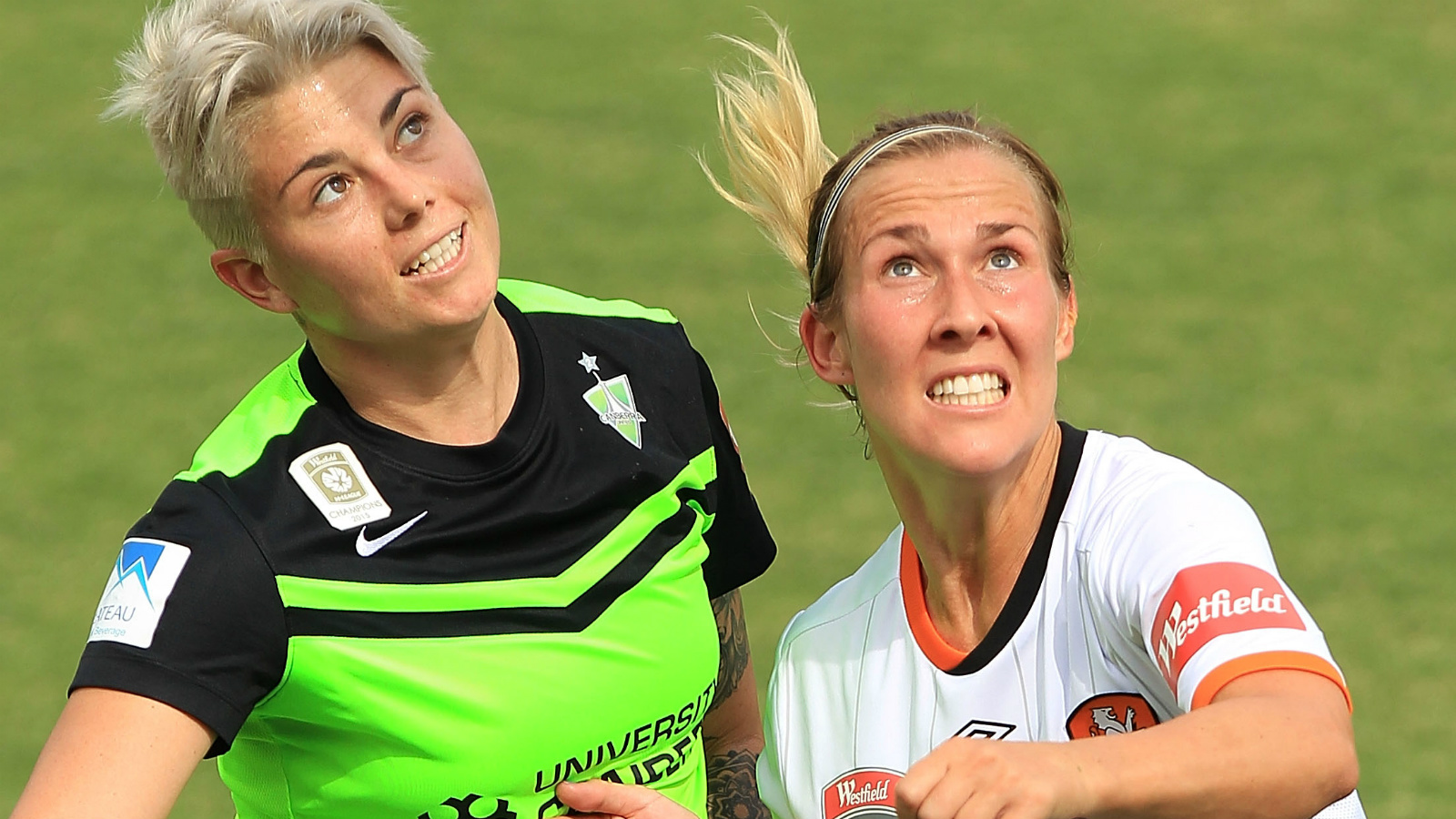 The Roar Women’s passing, finishing and set pieces were superb against the Lady Sky Blues, including a world-class goa by Tameka Butt (below).

Wilson says it was no flash in the pan and there is every indication her squad can repeat the performance against the highly fancied City.

“The weekend’s performance was exactly what we had been looking for,” she said.

“It wasn’t a surprise in terms of the performance as we had been performing.

“The difference was . . . we did it better and we were consistent over the 90 minutes.

“We’ve been saying all season it is about belief and being fearless.

“If we keep playing like that, we can beat any team in the league – Melbourne City included.” 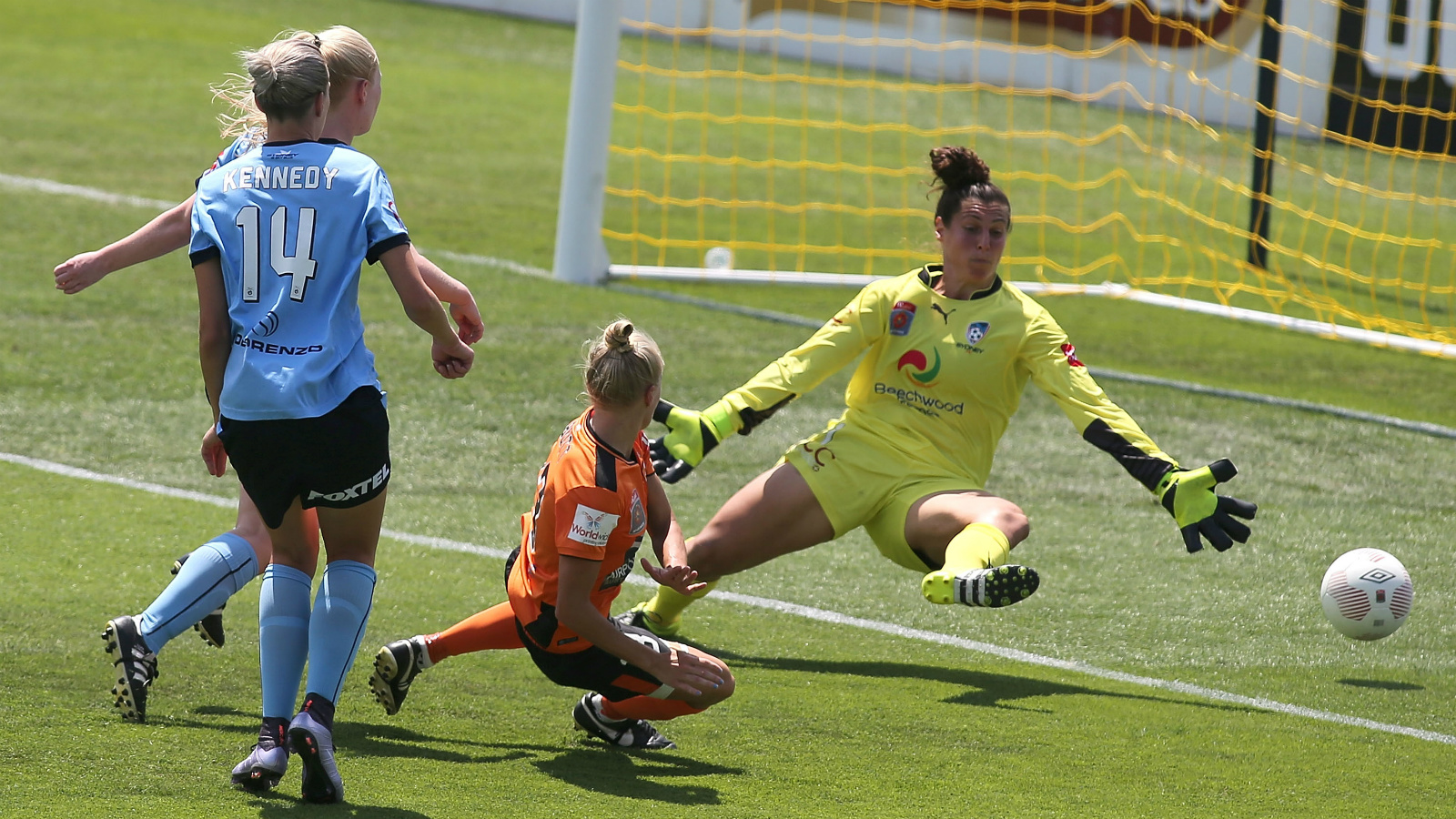