Brisbane Roar Women have suffered a 4-1 defeat against Melbourne Victory on Sunday at A.J. Kelly Park

A hattrick from Natasha Dowie saw the Victory return to Melbourne with three points despite the Roar having their fair share of possession and chances.

Head Coach Mel Andreatta laments the number of mistakes made by her side and says the squad will return to the training pitch to continue working on their structures.

“The result is very disappointing. We will go back to training, we will continue to work on our structures with and without the ball,” Andreatta said.

“We were punished by Victory for our mistakes today.”

The Roar started brightly but a set play undid them at the back as Laura Spiranovic opened the scoring after 18 minutes. 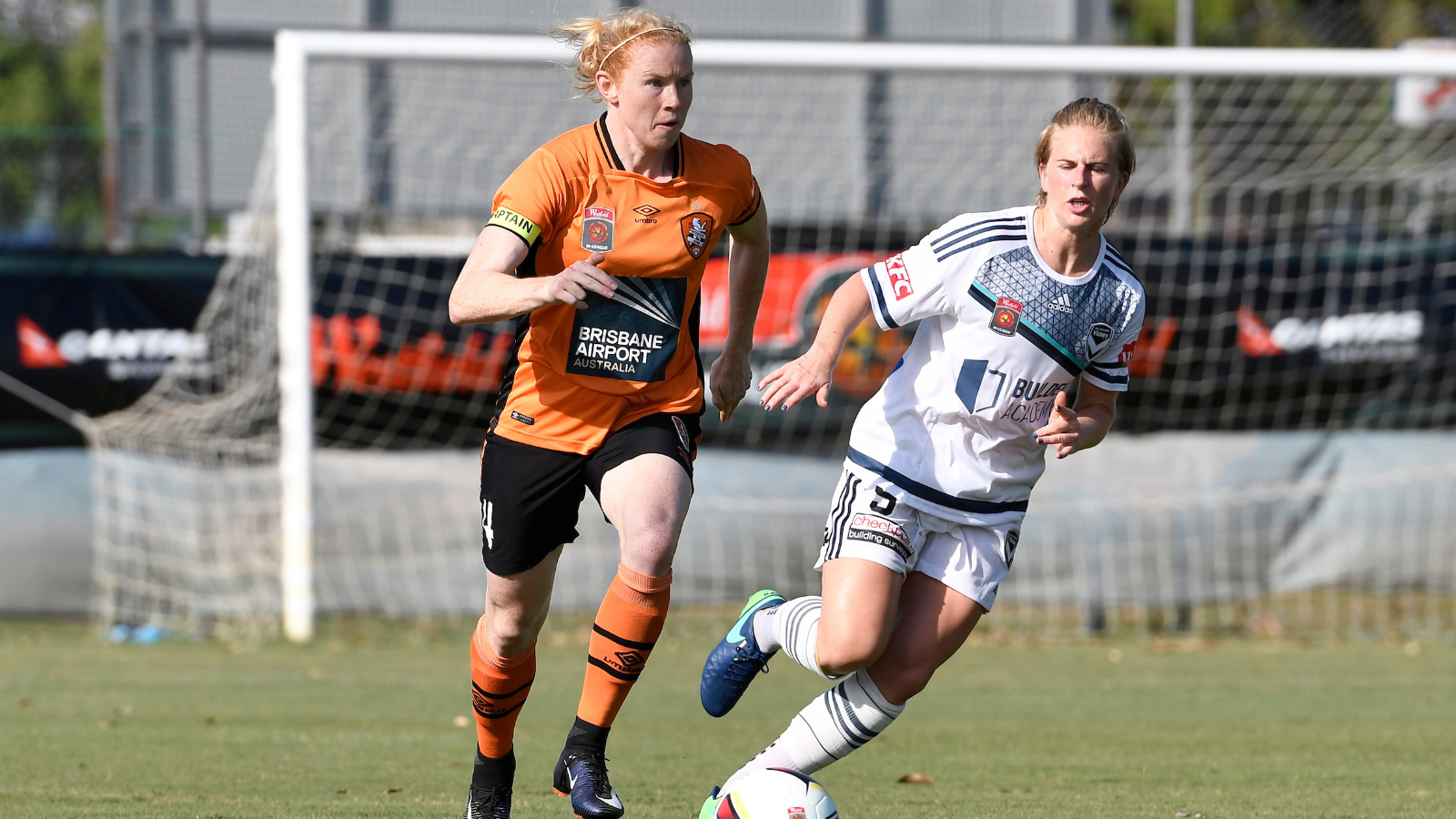 Brisbane continued to control play but couldn’t find the killer ball to go goal until an early cross from Emily Gielnik found Amy Chapman whose first time effort restored parirty for the hosts.

Chapman and Gorry continued to pressure in the front half of the field but a lapse in concentration moments after equalising saw the Victory restore their advantage in the shadows of half-time through Natasha Dowie.

The Roar controlled early proceedings in the second half but weren’t able to turn their dominance into goals.

The Victory took the most of their limited chances in the second stanza as Dowie pounced against the run of play to double the visitors’ lead midway through the second half.

As the hosts piled numbers forward in search of a result, Dowie completed her hattrick in stoppage time, scoring the Victory’s fourth in the dying moments.

The Roar now turn their attention to their second match of the Westfield W-League season at Suncorp Stadium in what will be Clare Polkinghorne’s 100th match for Brisbane Roar. 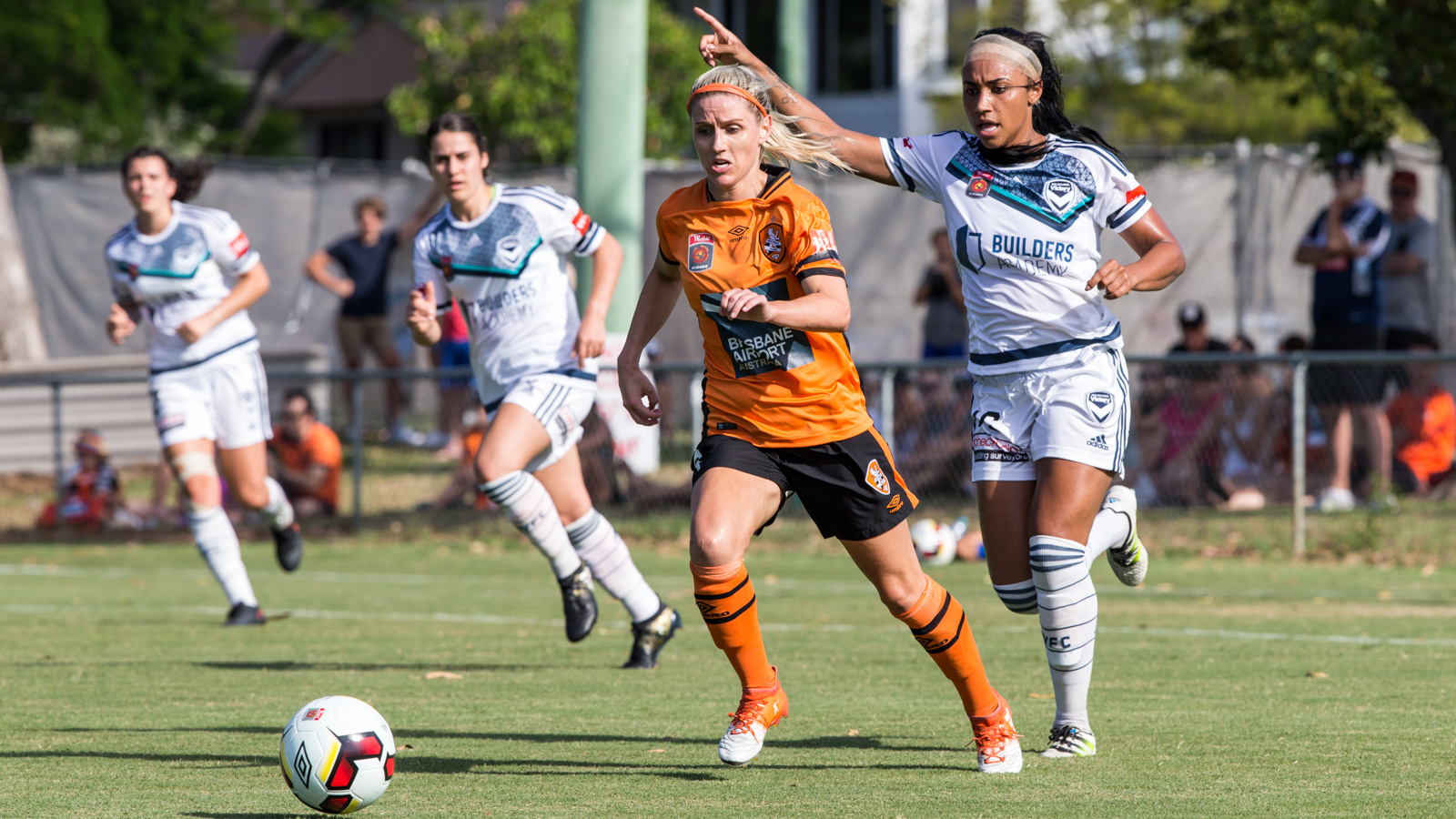 18’: A corner from Christine Narin finds the head of Laura Spiranovic in the box. 0-1

42’: Emily Gielnik breaks down the right and plays a perfect cross into the box for Amy Chapman who puts it in the back of the net. 1-1

44’: Mackenzie Arnold could not clear a dangerous cross and it rebounds off Natasha Dowie in to the net. 1-2

72’: Against the run of play Dowie goes one on one with Roar goalkeeper Arnold and slots it into the side of the goal. 1-3

93’: A low cross to Dowie see her tap it into the back of the net for her third of the afternoon. 1-4 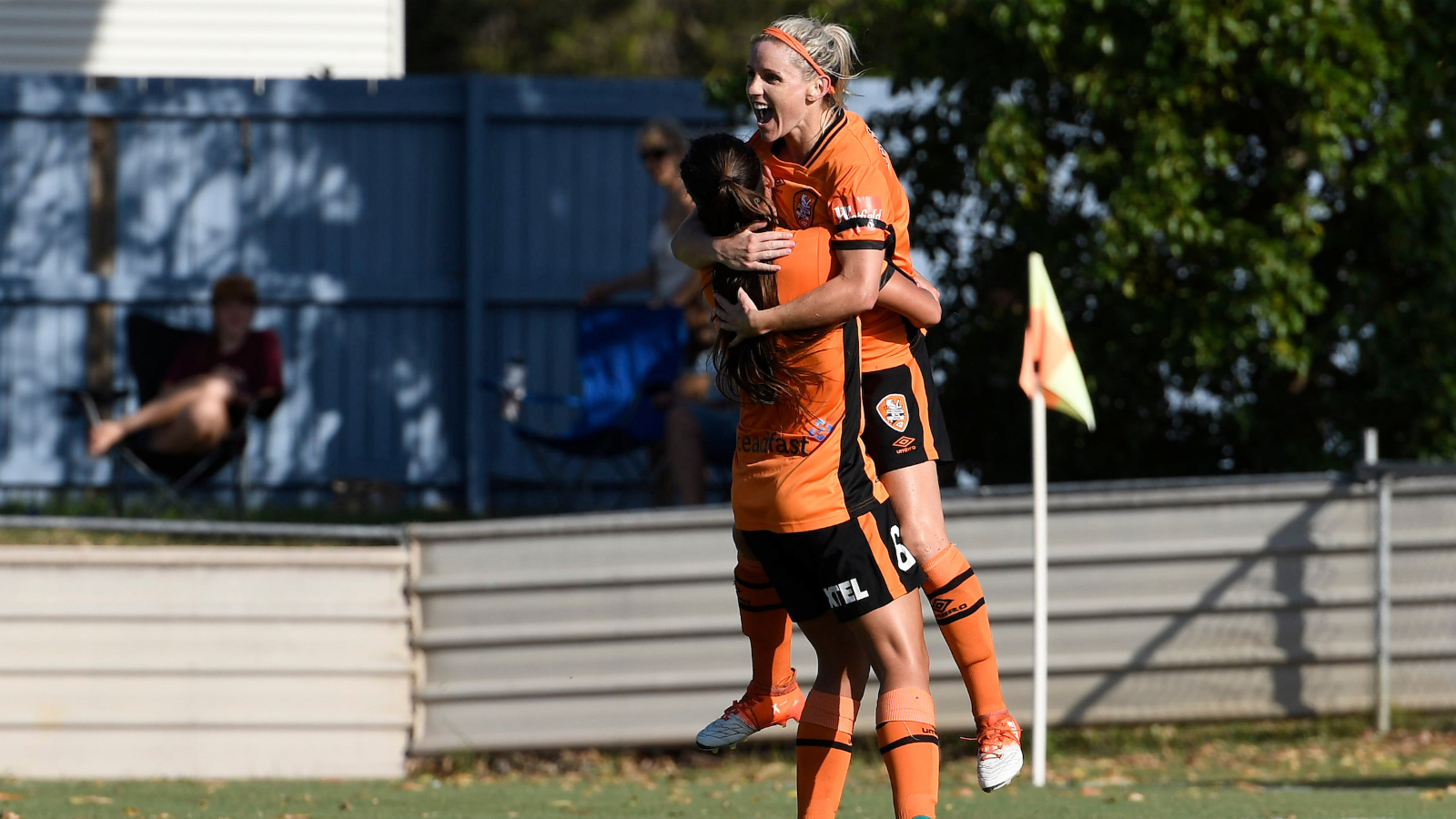 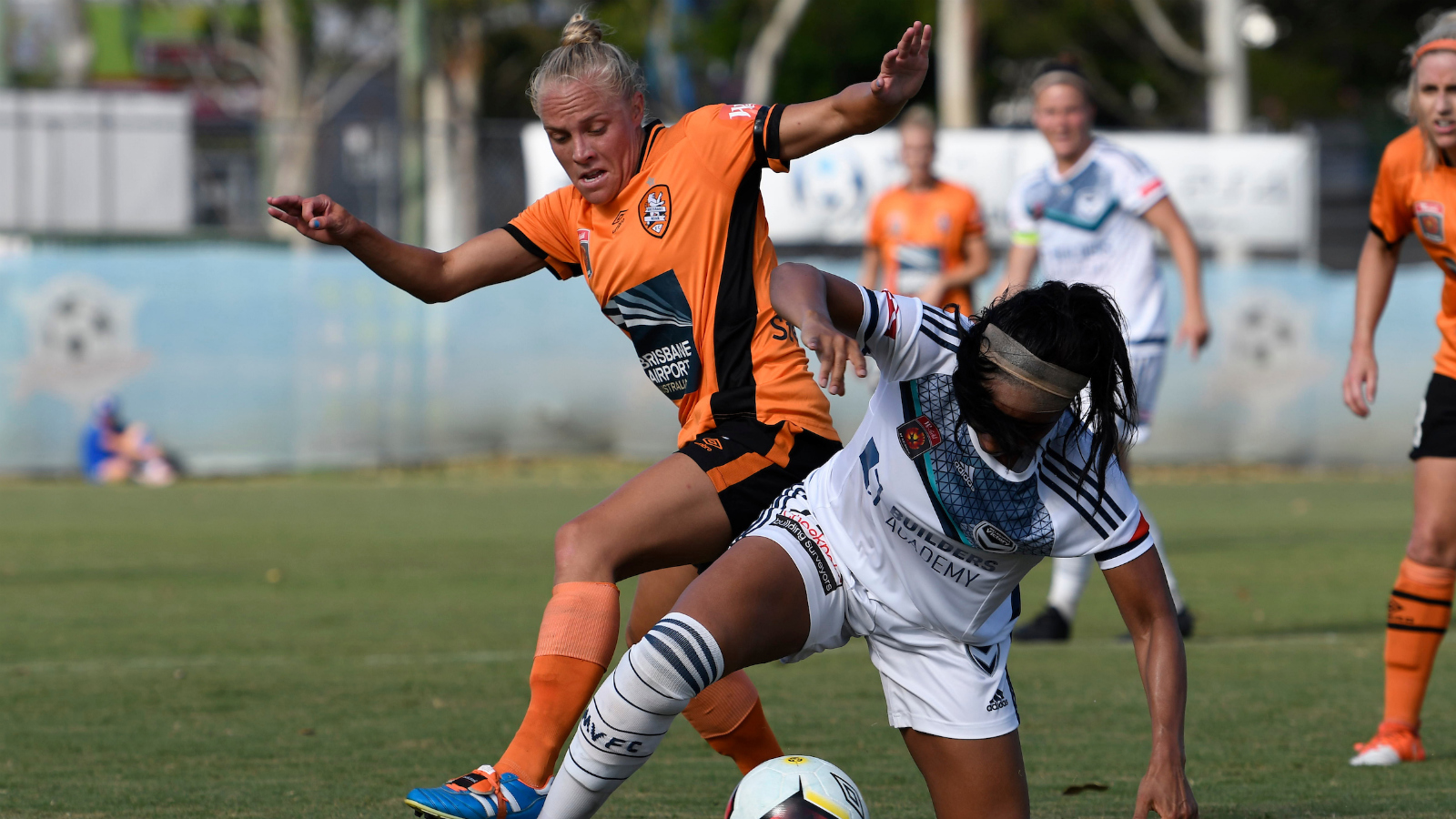 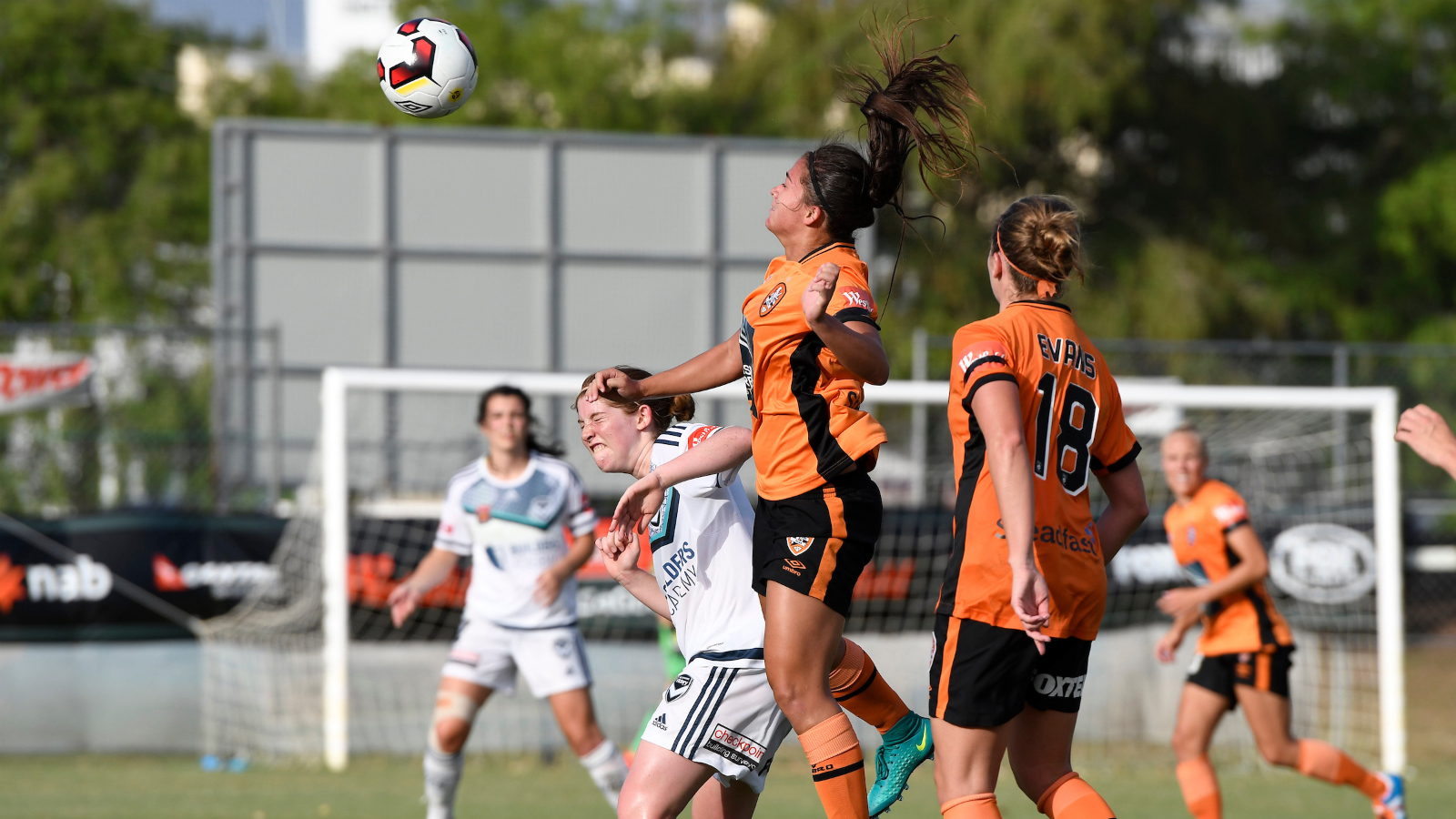