A Tameka Butt hat-trick was the difference as Roar Women swept Western Sydney Wanderers Women aside 3-0 at Suncorp Stadium on Saturday afternoon.

In captain Clare Polkinghorne’s record-breaking 100th Westfield W-League match, Butt slotted two goals in the first six minutes before sealing the win and her hat-trick in the 74th minute.

Polkinghorne says the result was a terrific reward for effort and was proud to play her milestone match at a venue synonymous with Roar success.

“The girls have put in a lot of effort in the last few weeks and to get two early goals was a little bit of a reward for all the hard work we put in,” she said.

“It’s a bit overwhelming to be honest but to play at Suncorp Stadium in front of a home crowd is pretty special and something I won’t forget.”

The match got off to the perfect start in the 3rd minute as Butt received Kaitlyn Torpey’s pass in her stride before belting a curving shot past Wanderers keeper Jada Whyman. 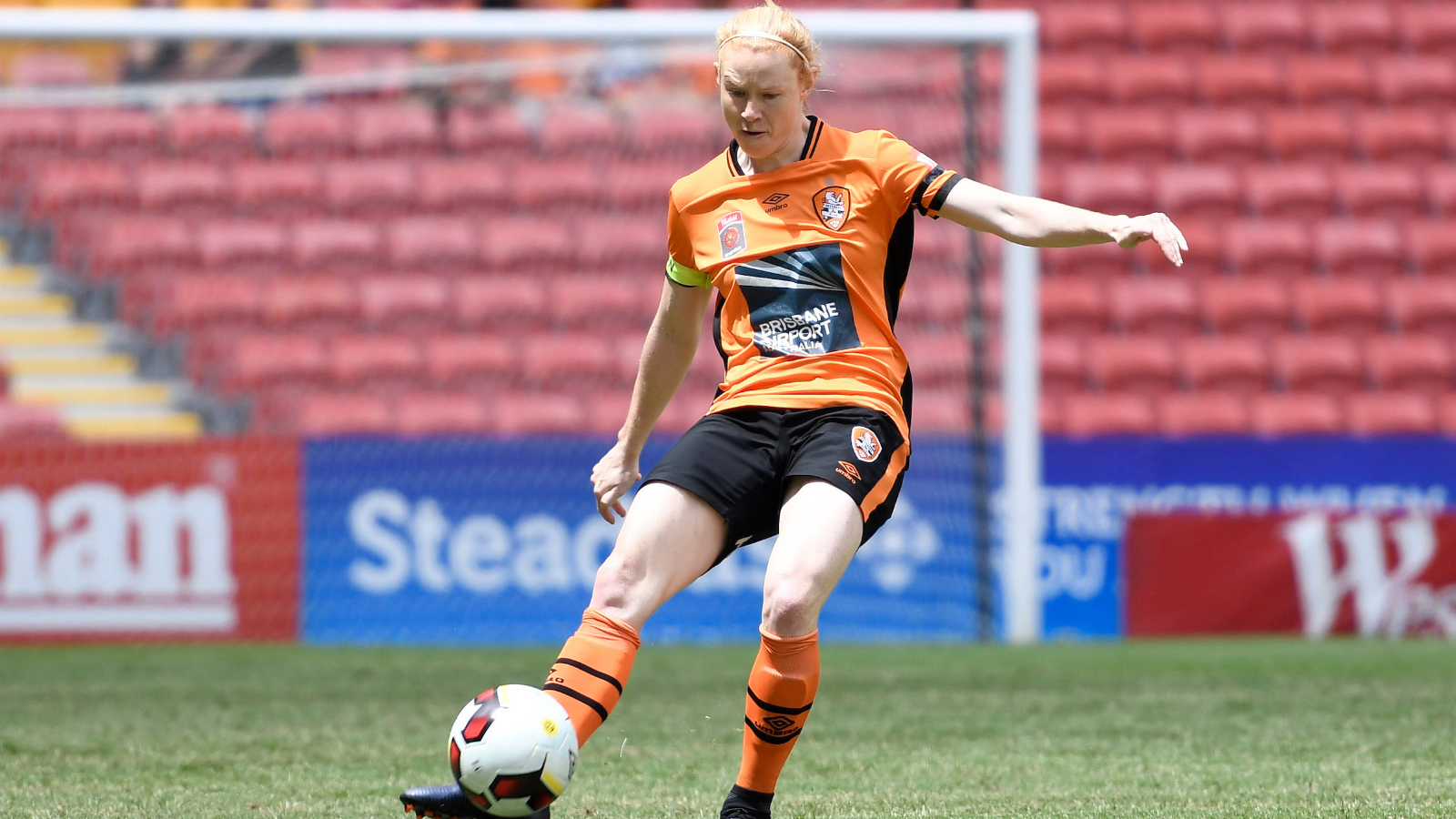 Whyman was cursing Butt’s name again three minutes later, as the Roar striker pounced on a mishandled Angela Beard cross to double her output for the match and put the home side in a commanding position.

After those two early breakthroughs the Roar settled into the match and saw out the first half without being troubled.

That changed early in the second half as Mackenzie Arnold was forced to make a stunning save, flying to her right and stretching every sinew to keep Katherine Stengel’s rising effort out of the net.

The Roar had a fantastic chance to stretch their lead in the 72nd minute when Angela Beard beat Whyman to a through ball before her attempt at the open goal was blocked by an Angelique Hristodoulou handball.

Polkinghorne ended her record-breaking afternoon by enjoying a standing ovation when substituted in the 90th minute. 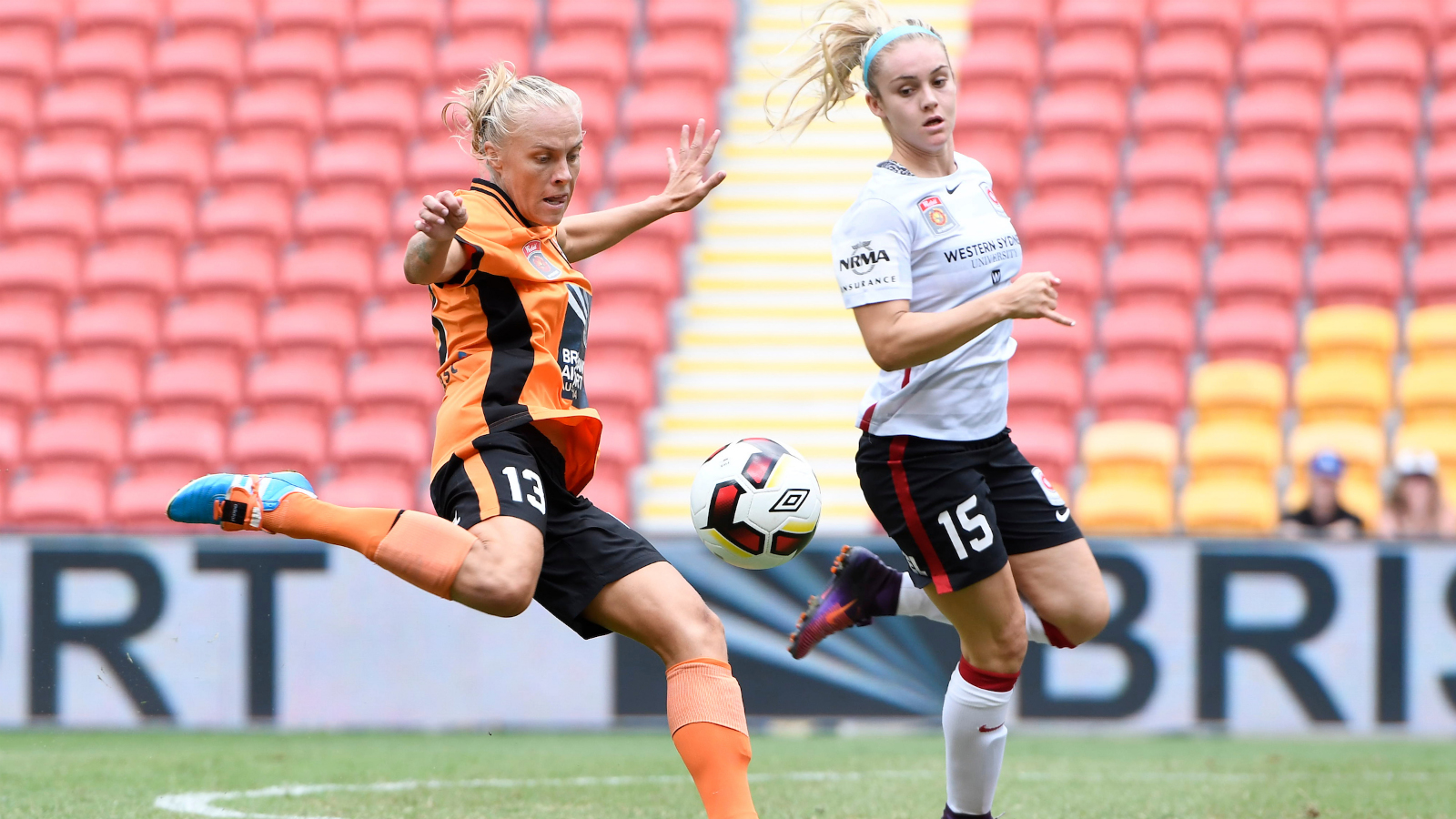 3’: A ball from Kaitlyn Torpey lands at the feet of Tameka Butt, she takes a touch and hits it into the top corner. 1-0

6’: Angela Beard crosses the into the box and it goes through the hands of Jada Whyman and Tameka Butt taps it in to the back of the net. 2-0

75’: A long range shot from Katrina Gorry is fumbled by Jada Whyman, Tameka Butt make sure it goes into the back of the net for her hat-trick. 3-0 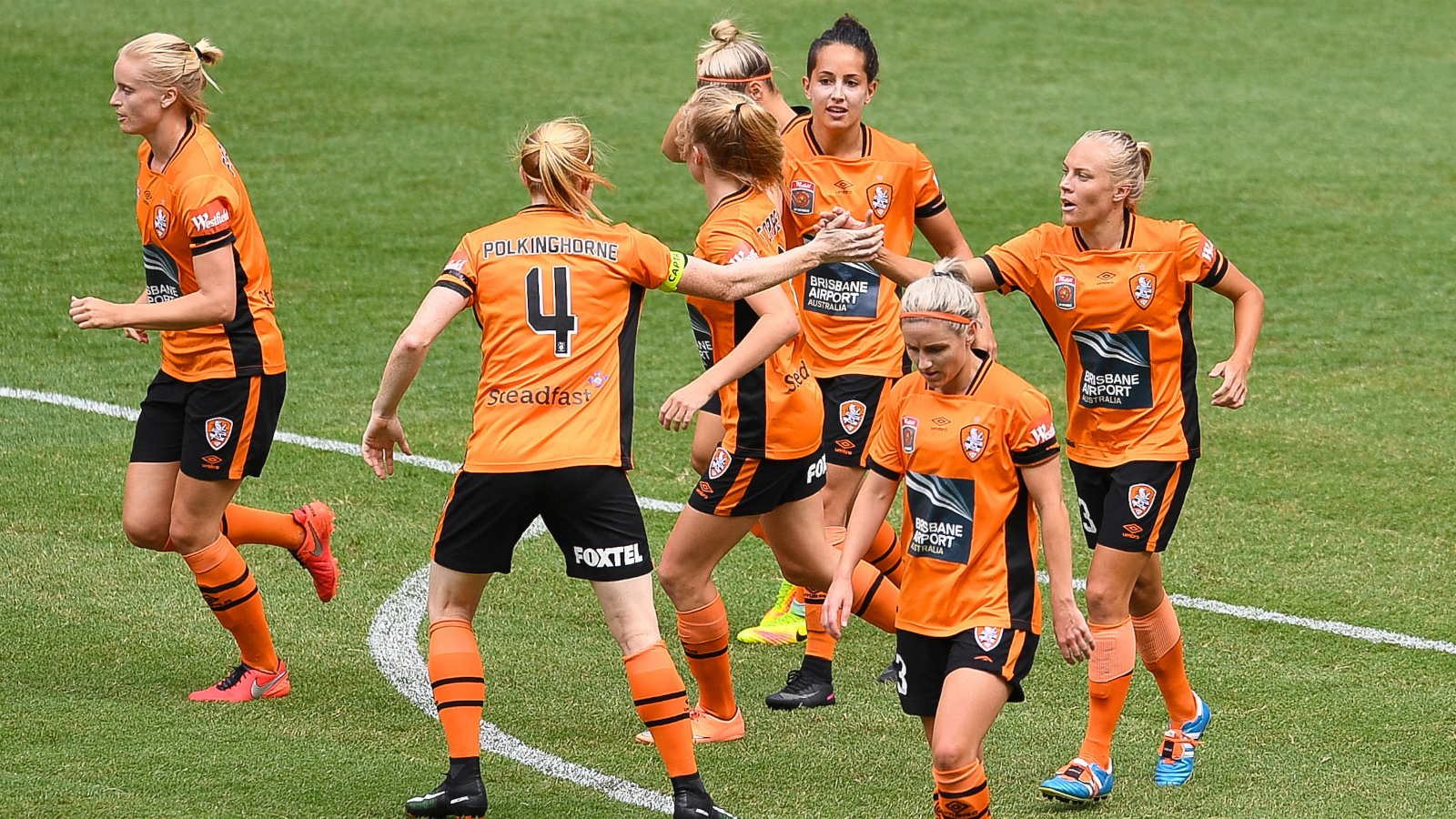 Brisbane Roar Head Coach MELISSA ANDREATTA: “It did work out today but it has been working out in moments leading up until today and my belief in what we are doing is unshakeable. For the girls to get the result today is justification for what we are doing.”

Brisbane Roar Captain CLARE POLKINGHORNE: “We love playing at home and especially when we get an opportunity at Suncorp, it’s a special place for a lot of us and to walk out on the field is very special. The crowd comes out in numbers and I think we got a couple of thousand today which is good” 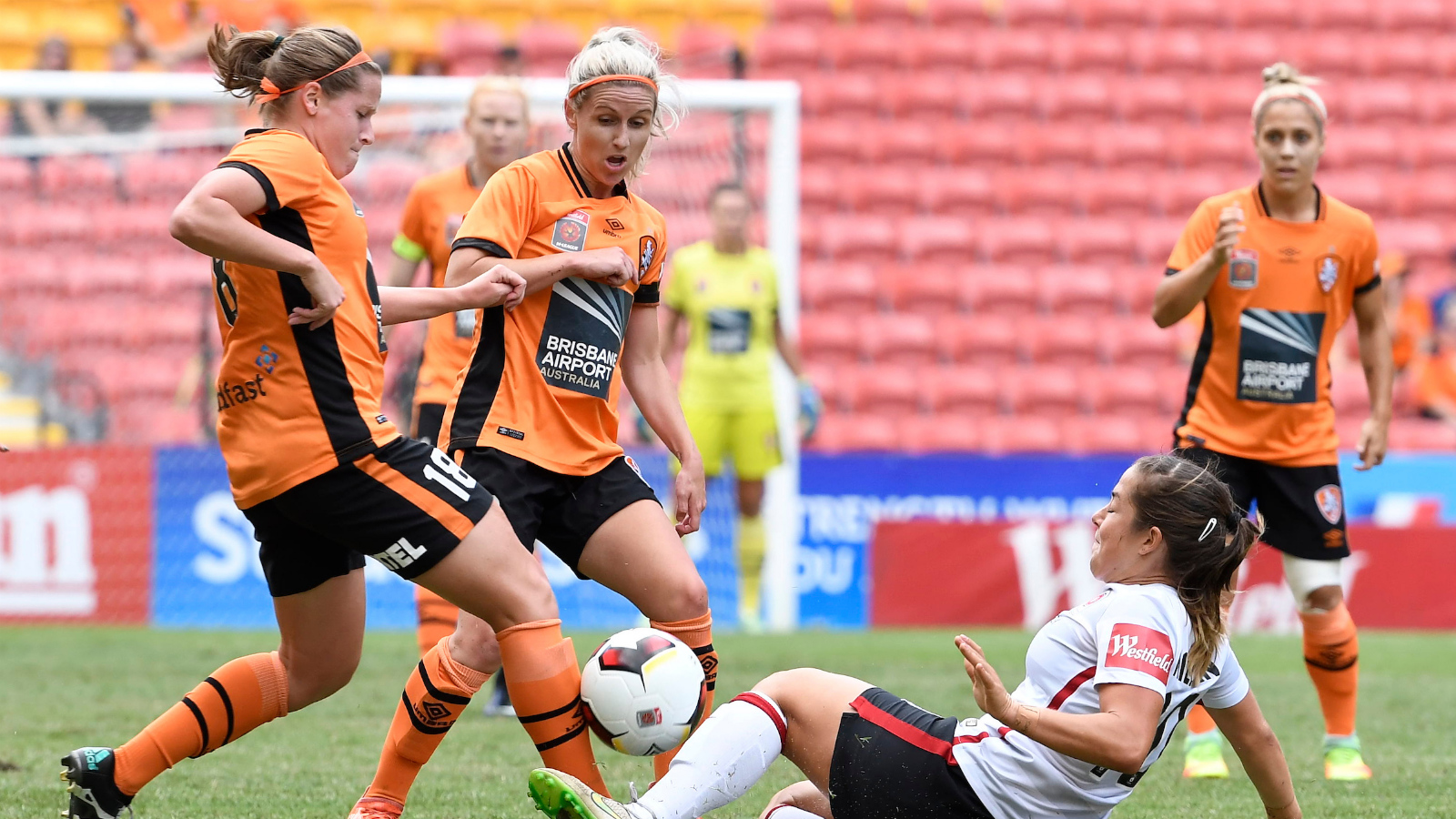 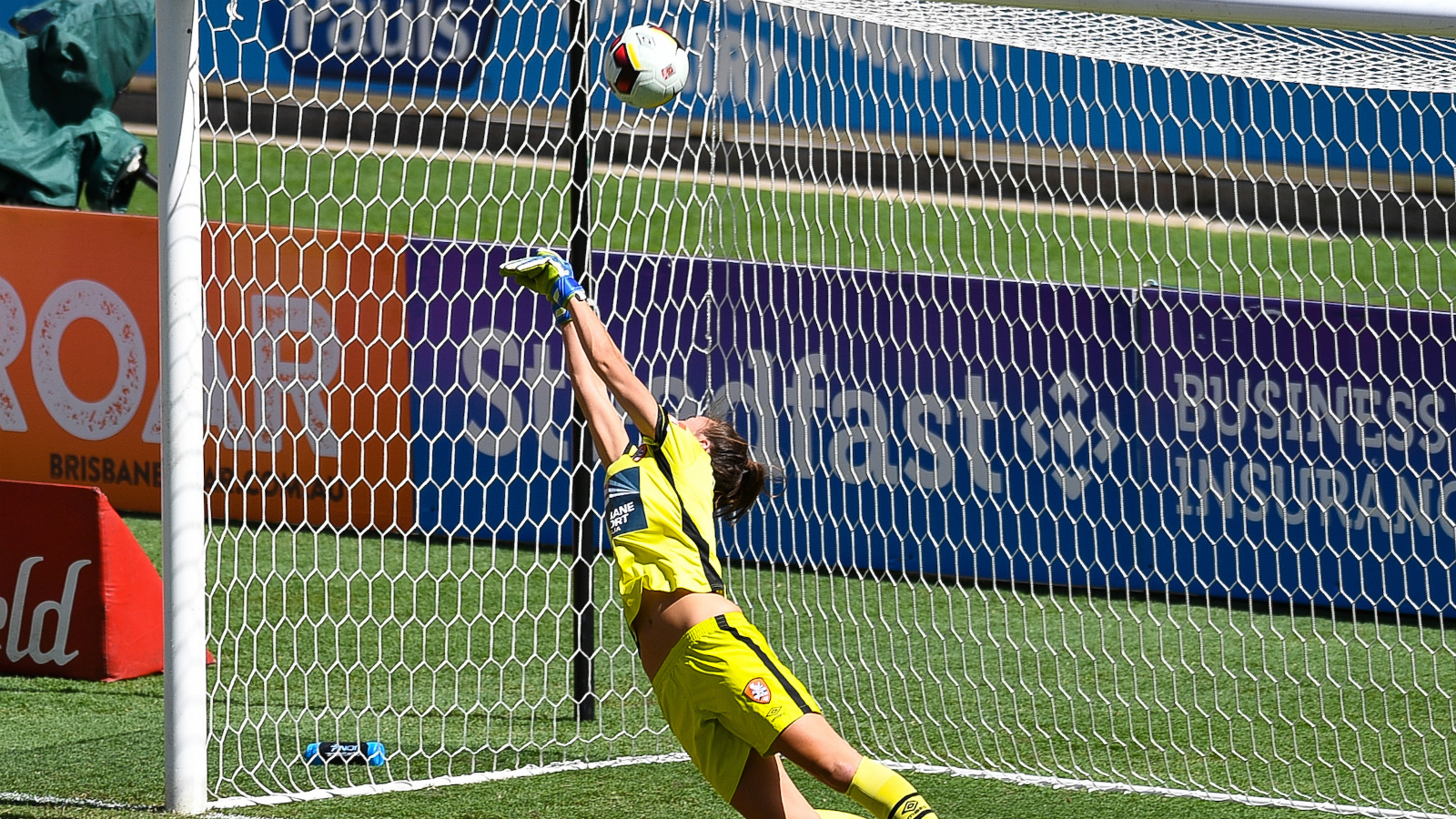