Roar’s special blend made for the Plate

Brisbane Roar Captain Matt McKay has pinpointed the club’s productive blend of youth and experience as one of the main drivers that has taken his side to one win away from the Hyundai A-League Premier’s Plate.

The Roar takes on Melbourne Victory at AAMI Park on Saturday night (7.30pm kick off) knowing that despite one of the closest finishes in Hyundai A-League history, destiny is in Brisbane’s hands and three points will seal the Premiership.

The Roar will go into the match with a string of players in their squad who have already won Premierships and Championships and collectively have nearly 1000 Hyundai A-League appearances – players of the calibre of Thomas Broich, Henrique, Jade North, Michael Theo and McKay himself.

The squad also includes some of the country’s most exciting young players including Jamie Maclaren, Tommy Oar, Dimitri Petratos (below), Brandon Borrello and Corey Brown. 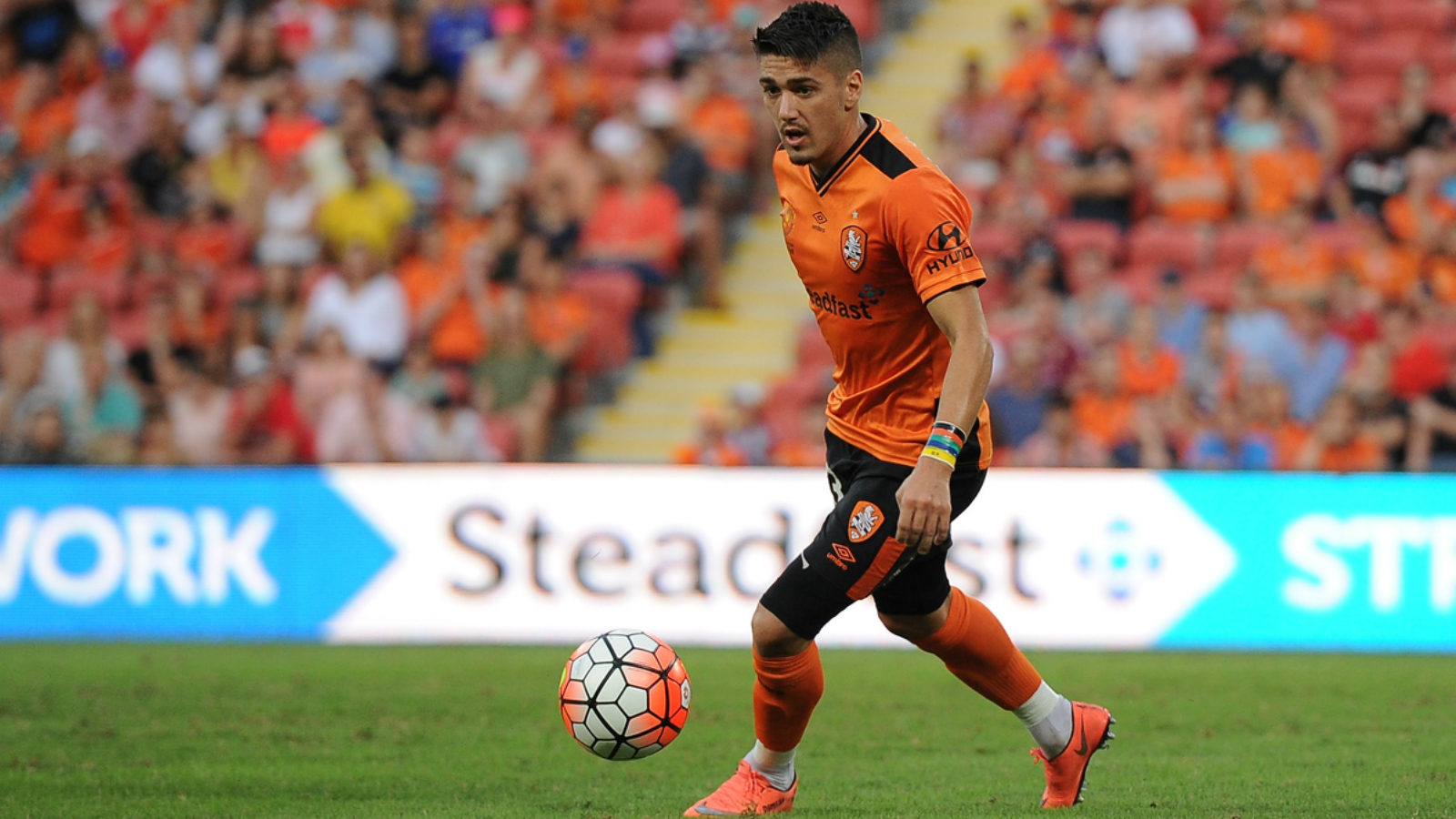 But as McKay points out, they are youngsters who have considerable experience with Petratos boasting 107 appearances, Maclaren on 60, Borrello on the verge of his 50th appearance, Brown on 48 and Oar having played six seasons in Europe.

The Roar skipper said the youngsters are high in confidence and each brings something special to the squad.

“They’ve really helped the team in the last month and really evolved as players,” McKay said.

“They can push the older guys into keeping their standards. We’ve got that at this club, it’s a great culture.”

Roar Head Coach John Aloisi agrees that the older and younger players have combined well to help each other take their games to a new level in what has been a powerful finish to the season (four wins in the last five games). 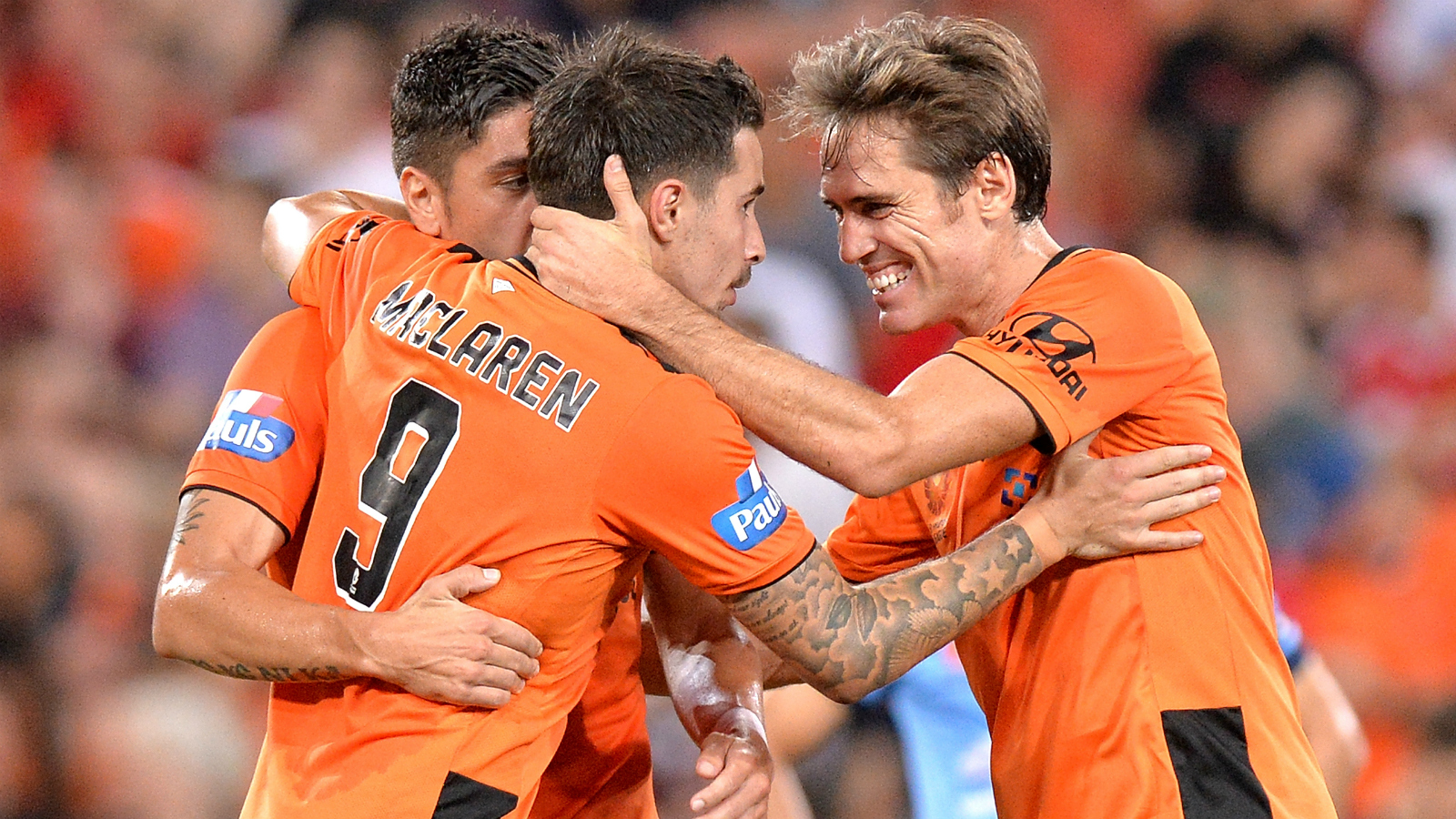 “Everyone is 100 percent (fit) so I have a good headache selecting a Starting XI and that’s the position you want to be in at this time of the season,” Aloisi said.

“The last six weeks, every game has been big for us and the boys have stepped up.

“It’s the same feel again (in the squad as in previous weeks), relaxed but also, I wouldn’t say on edge, but ready for the game.”

Aloisi accepts his side’s away form has been nowhere near as powerful as their league-leading home record – and Melbourne is a particularly barren venue for the Roar.

He rates Saturday’s game as “an opportunity for us to put it right”.

Aloisi says his side will approach the game in a similar way to their 5-0 crushing of Victory at Suncorp Stadium in Round 23 on 12 March that including a hat-trick by Maclaren (below). 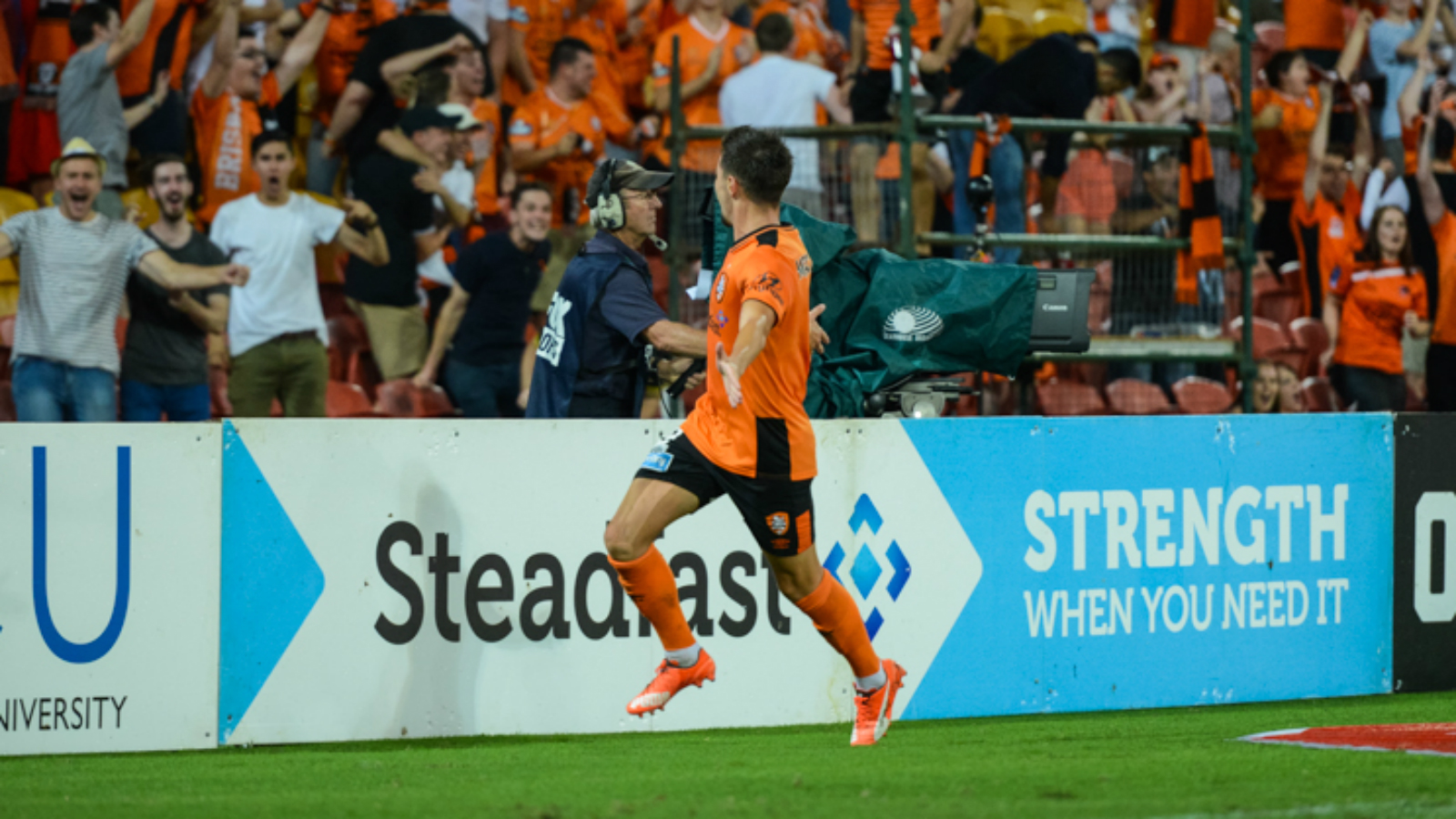 “We won 5-0 last time but it was hard work that got us into that position,” he said.

“We will have to do the same. We have to make sure that we start well, work hard and if you work hard, normally you can get your rewards.”

Although Victory are coming off a sapping mid-week AFC Champions League tie in South Korea – and will finish sixth on the Hyundai A-League 2015/16 ladder irrespective of tomorrow’s result – McKay says no one at the Roar will under-estimate them.

“They are a great side, they are current Champions,” McKay said.

But the Roar has everything to play for in this match, he added.

“This is a massive game for us and our history to claim silverware is extremely important and a big part of why we are so successful,” McKay said.

“What we have done (after the difficult off-season) has been exceptional but we need to finish off the job now having put ourselves in such a great position by everyone’s work rate throughout the year.”