Schools in for Clut and Young Roar four

Listen, learn and use every minute wisely – that’s the advice from boom youngster Devante Clut to the four Young Roar players promoted to the first-team training squad for the first sessions of the new season next week.

Clut was in a similar position last season and stepped up from the Youth team to stamp himself as one of the club’s most exciting prospects for the new Hyundai A-League season.

Clut admits he still has much to learn himself and hopes to become a first-team regular in season 2015/16.

He has urged his four former Young Roar team-mates to similarly join him in making the most of any opportunity offered by Aloisi.

“Congratulations to the boys in catching the eye of the new coach. Once they get to training, I can only urge them to be like a big sponge,” Clut said.

“They need to listen to the coaches and senior players and take in as much as they can. They have won so many things and know so much about football.

“If the younger boys can learn as much as they can every minute they are with the senior players, they will quickly feel and see the difference in their game.”

Clut is eager to get back into training after an off-season break which included a visit to his former Western Sydney primary school, Bonnyrigg Heights, where he is still good friends with teacher John Morris, who heads the school’s football program.

“It was incredible to go back to the school and see how much it had changed and come on so well,” Clut said.

“The students and teachers gave me a wonderful welcome. It was a fantastic experience.”

With players being drafted into the first-team training squad, the Young Roar side is undergoing a significant transition.

They play Brisbane Strikers FC in the PlayStation4 National Premier Leagues Queensland at Perry Park on Saturday night (6pm kick off) with a very different line-up to that which lost 5-1 to the Strikers in Round 4.

The trio are expected to feature again in Saturday’s clash against the Strikers along with striker Daniel Leck, who sat on the bench last week after scoring five goals in the Under-18’s previous round 7-0 win over South West Queensland Thunder FC.

With the Young Roar not eligible to play the NPLQ finals, coach John Sime says he hopes to blood additional youngsters over the coming weeks.

“The next six or seven weeks is all about the development of the young players with an eye on next season’s NYL (Foxtel National Youth League),” Sime said.

The Strikers squad is expected to include former Roar goalkeeper Fraser Chalmers, who was granted a request to leave the club this week. Tom Bilic and Denver Crickmore are now vying for selection in goals for the Young Roar.

The Strikers have won two on the trot after a surprise 2-1 loss to Redlands United FC in Round 12.

Sime says his new young team must learn from the 5-1 defeat at the hands of the Strikers in April.

“But I expect us to show a lot more this time out. We need to be patient and concentrate on our passing game.”

Admission to the Under-18 and Seniors game is FREE. Kick offs are 3.30pm and 6pm. 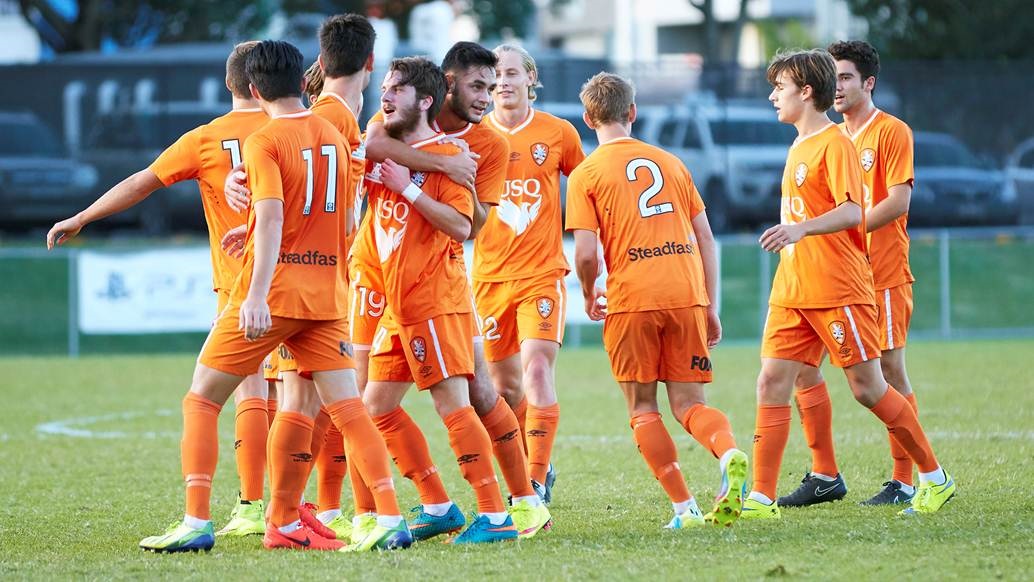