Sky Blues too strong in Sydney

Brisbane Roar FC have suffered a 2-0 defeat against top-of-the-table Sydney FC on Friday night at Allianz Stadium in the Hyundai A-League.

The Roar were forced to pay for not capitalising on a number of chances in the first half as the Sky Blues made the most of their chances with a goal either side of half-time to take the three points.

Head Coach John Aloisi says his side must be far more clinical in front of goal after wasting several clear-cut opportunities in the opening 45 minutes.

“They’re a well-organised side, and they’re strong. For us to create chances is a positive sign, but we need to be putting them away,” he said.

“You don’t get many chances against a Sydney FC side so when you do get them, you need to put them away and then it could become a different game.

“We got caught on the break. That’s their game and they’re a dangerous team.” 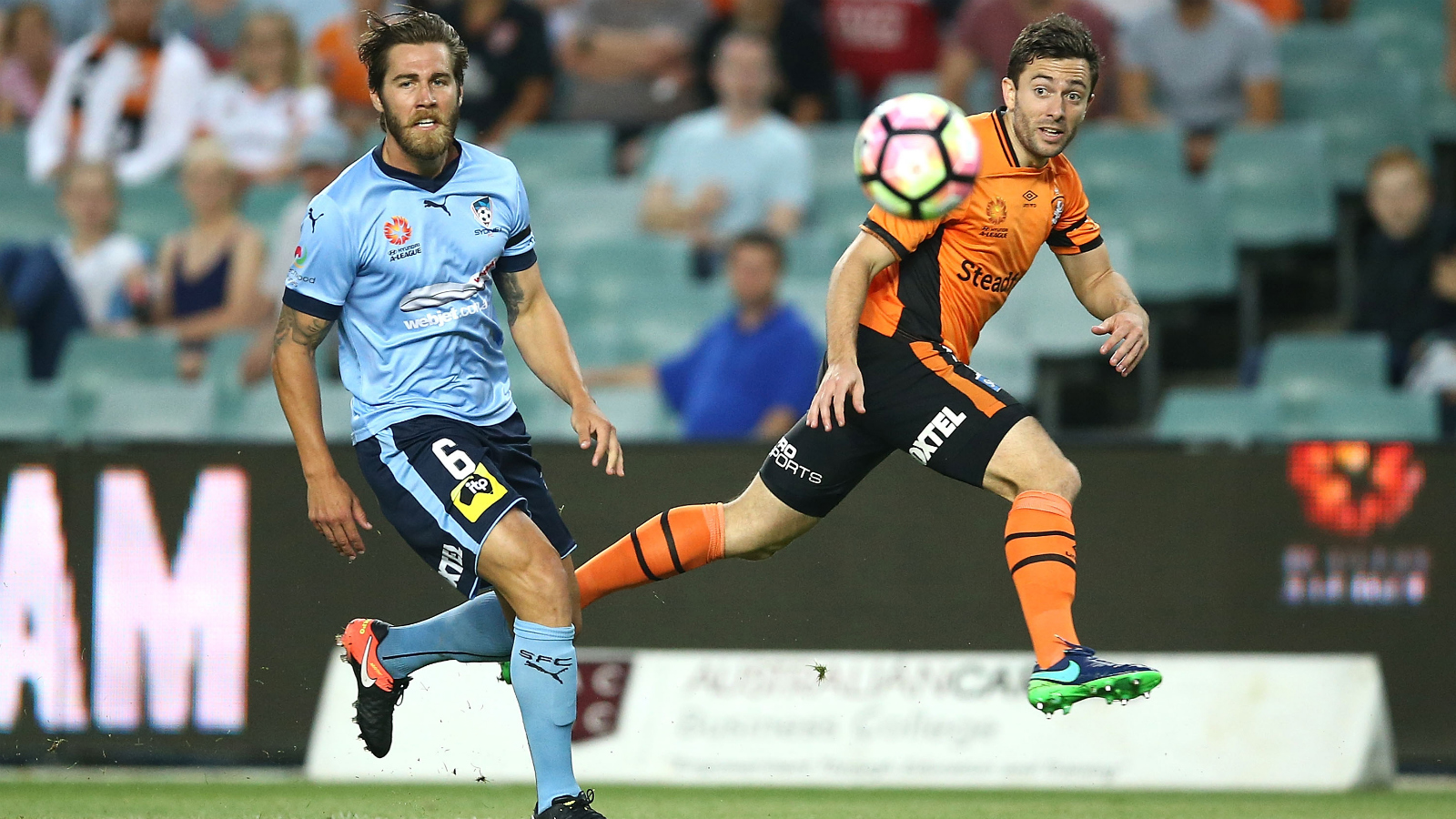 Sydney’s press in the previous encounter caused issues for the Roar playing out from the back but Roar turned the tables on the Sky Blues in the early moments, quickly shutting down options as the hosts looked to play out from the defensive third.

The Roar found the target on five occasions in the opening 45 minutes to Sydney’s two but it was the hosts who made the breakthrough on a quick counter from midfield as Sky Blues’ Captain Alex Brosque finished calmly to open the scoring.

Theo was called upon again from a similar scenario minutes after the break, denying Brosque from close range following a turnover in defence from the Roar.

Dimitri Petratos threatened the Sky Blues goal on numerous occasions throughout the first half forcing Sydney goalkeeper Danny Vukovic into a number of strong saves.

Petratos had the best chance to restore parity in the shadows of half-time, slicing the defence with a well-timed run and pulling a double save from Vukovic. 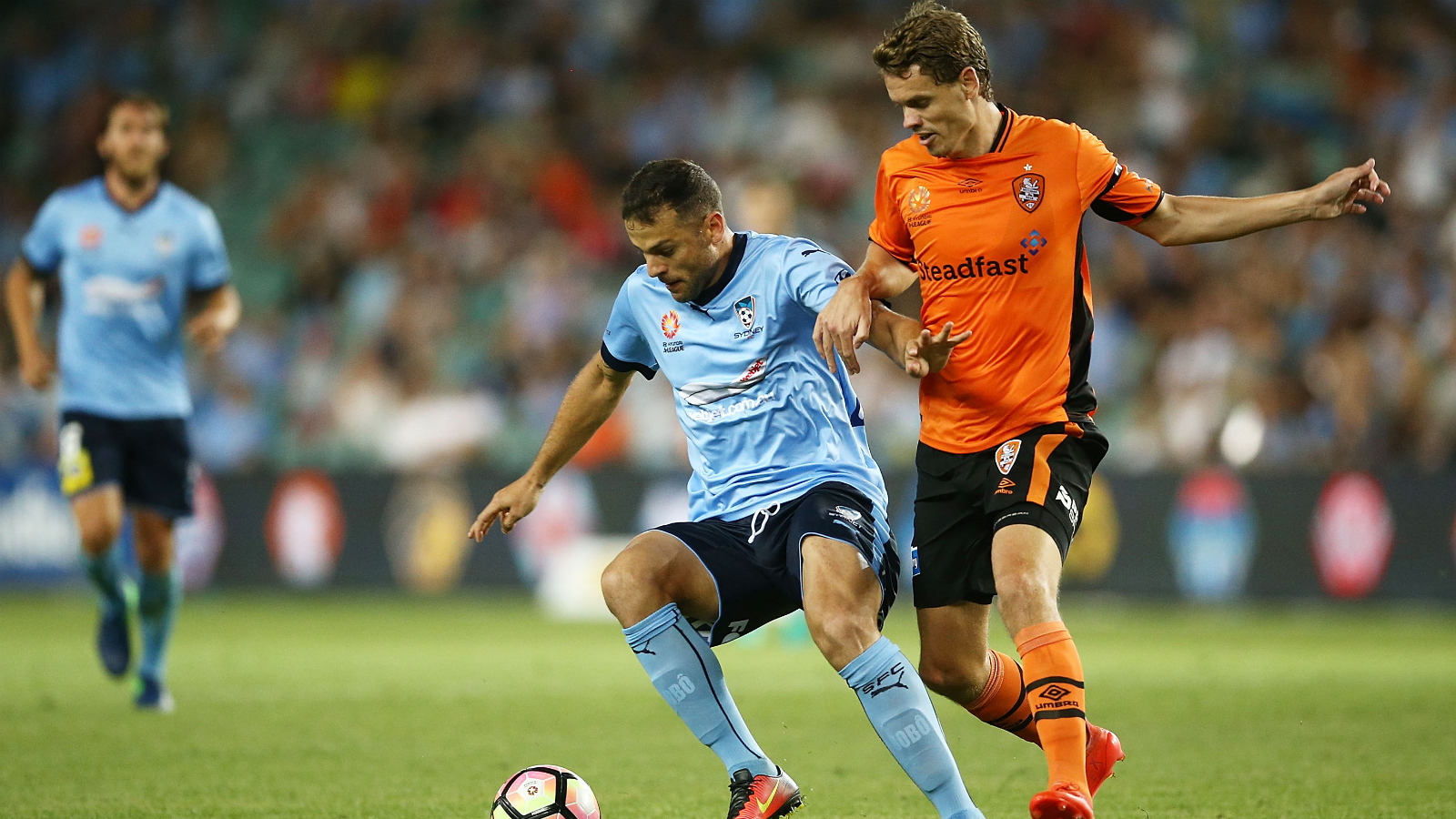 The Roar’s intent to recover the deficit was evident with the introduction of Spaniard Manuel Arana early in the second half. His looping volley almost brought about an equaliser, but the Spaniard’s effort rebounded back into play off the underside of the crossbar with Vukovic beaten in the Sydney FC goal.

Sydney doubled the advantage through Milos Ninkovic in the 63rd minute before Sydney skipper Alex Brosque was sent for an early shower for a second bookable offence.

With an extra-man advantage, Brisbane dominated possession but were unable to create any real clear-cut opportunities in the final 30 minutes of the match as Sydney FC deservedly took all three points. 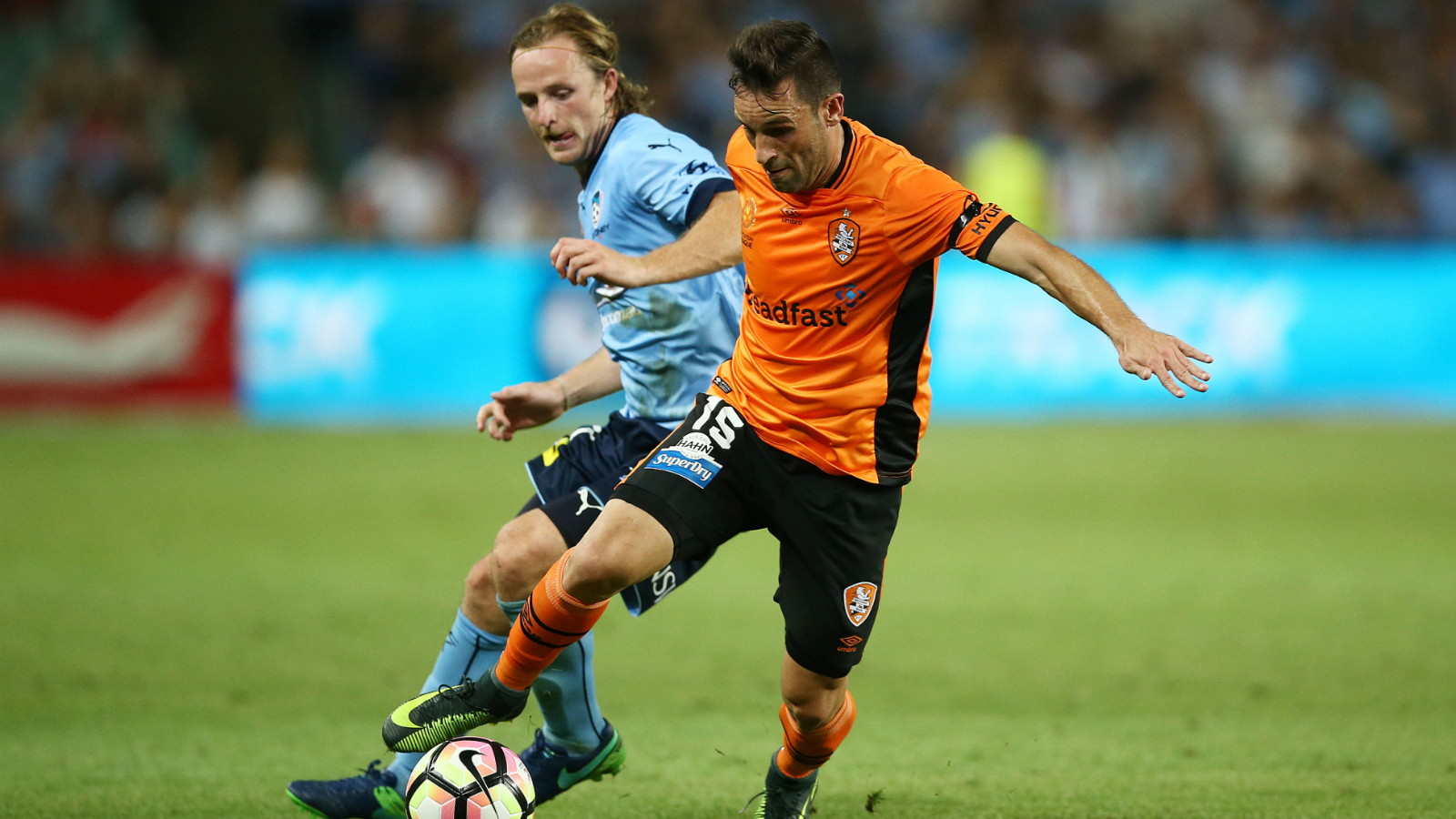 36′: Brisbane turnover possession in midfield and Sydney break through 2-on-2 toward goal. Bobo draws the defender, opening space from Alex Brosque who finishes low across the face. 1-0

Brisbane Roar Head Coach JOHN ALOISI: “We got caught on the break. That’s their game and they’re a dangerous team.

We shifted the ball quick enough, especially in the first half we managed to get Thomas Broich in behind a few times but it was the final ball let us down at times.

They caused us issues on that second ball. Our defenders need to be well positioned and if you can’t win that initial ball then you need to keep them on one side so you don’t get exploited on the other side – and we didn’t do that. 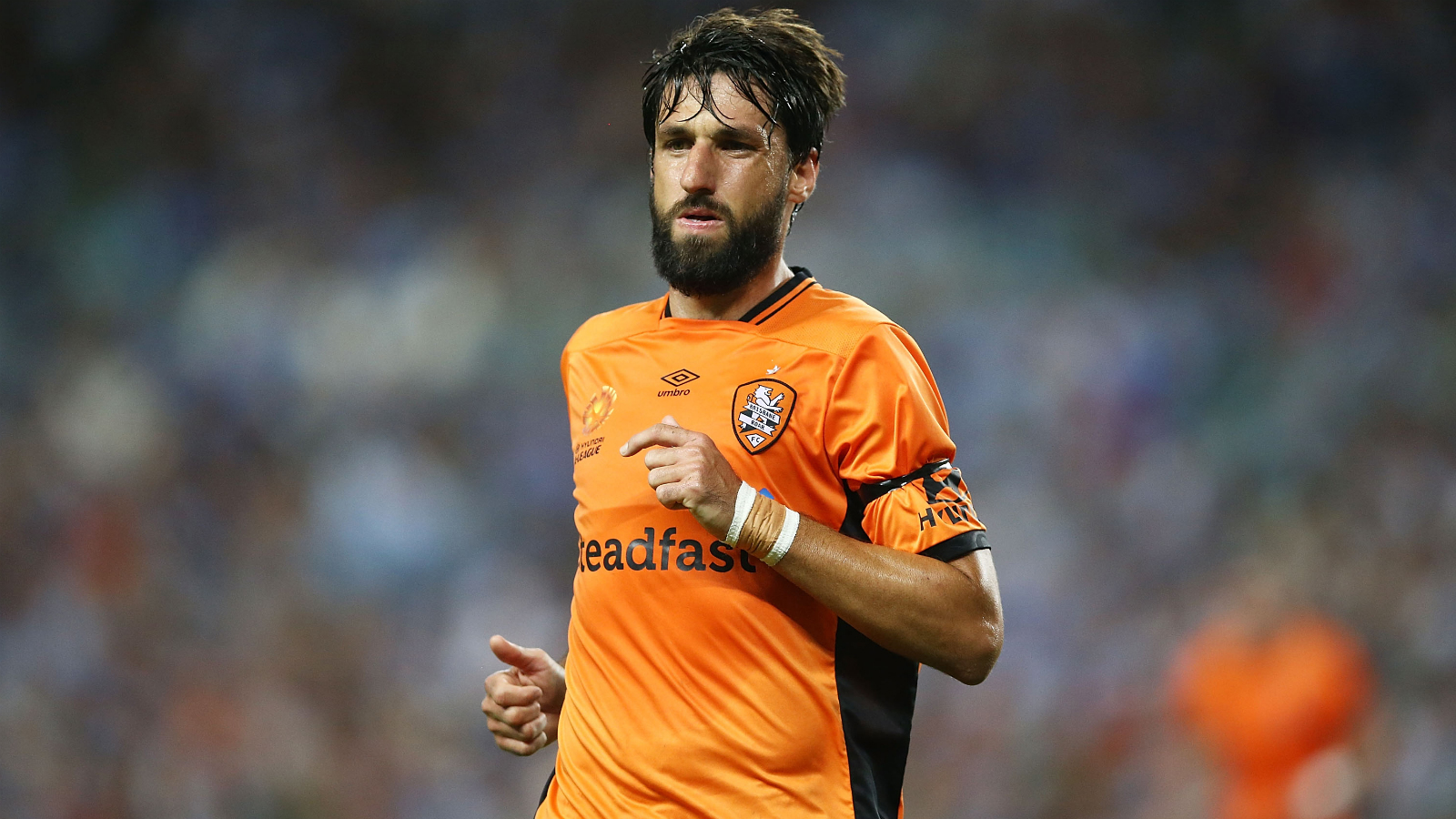 We ended up taking off a defender to bringing on an attacking player but we didn’t create enough chances during that period.

They defended deep and well in that period and that’s what’s most disappointing – we didn’t create enough with the extra man.”

Brisbane Roar vice-captain JADE NORTH: “It was a difficult game, Sydney are flying and credit to them. We just got punished for silly mistakes.

“It’s our own fault and we have to find a solution and we just look forward to next week now.

“They deserve to be up there, they’re punishing teams but at the same time we need to take our chances too.”

The Roar return home to Suncorp Stadium to face Newcastle Jets on Saturday, 7 January (4:35pm KO) before travelling to Melbourne to face the Victory the following Friday night at AAMI Park. 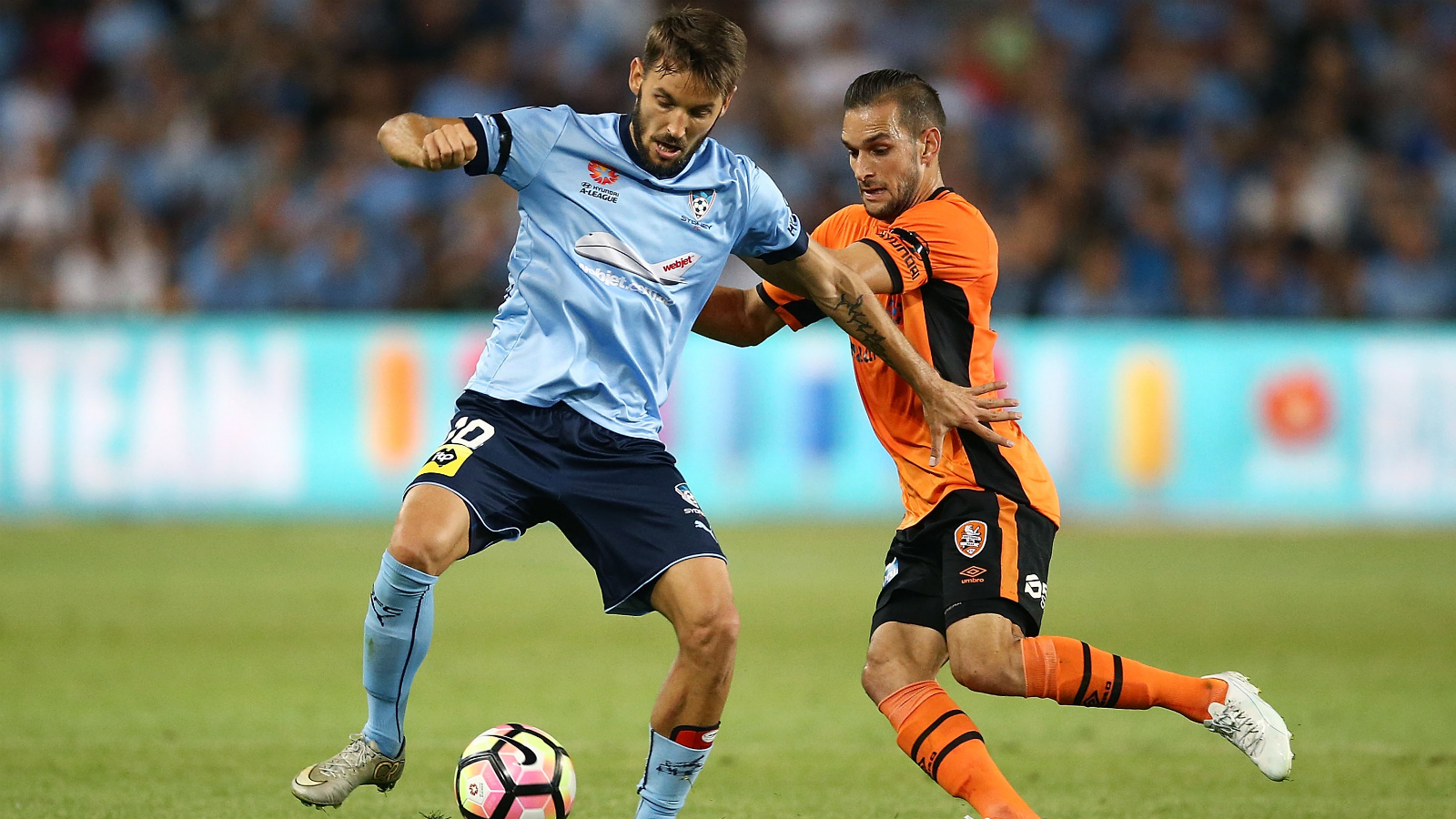 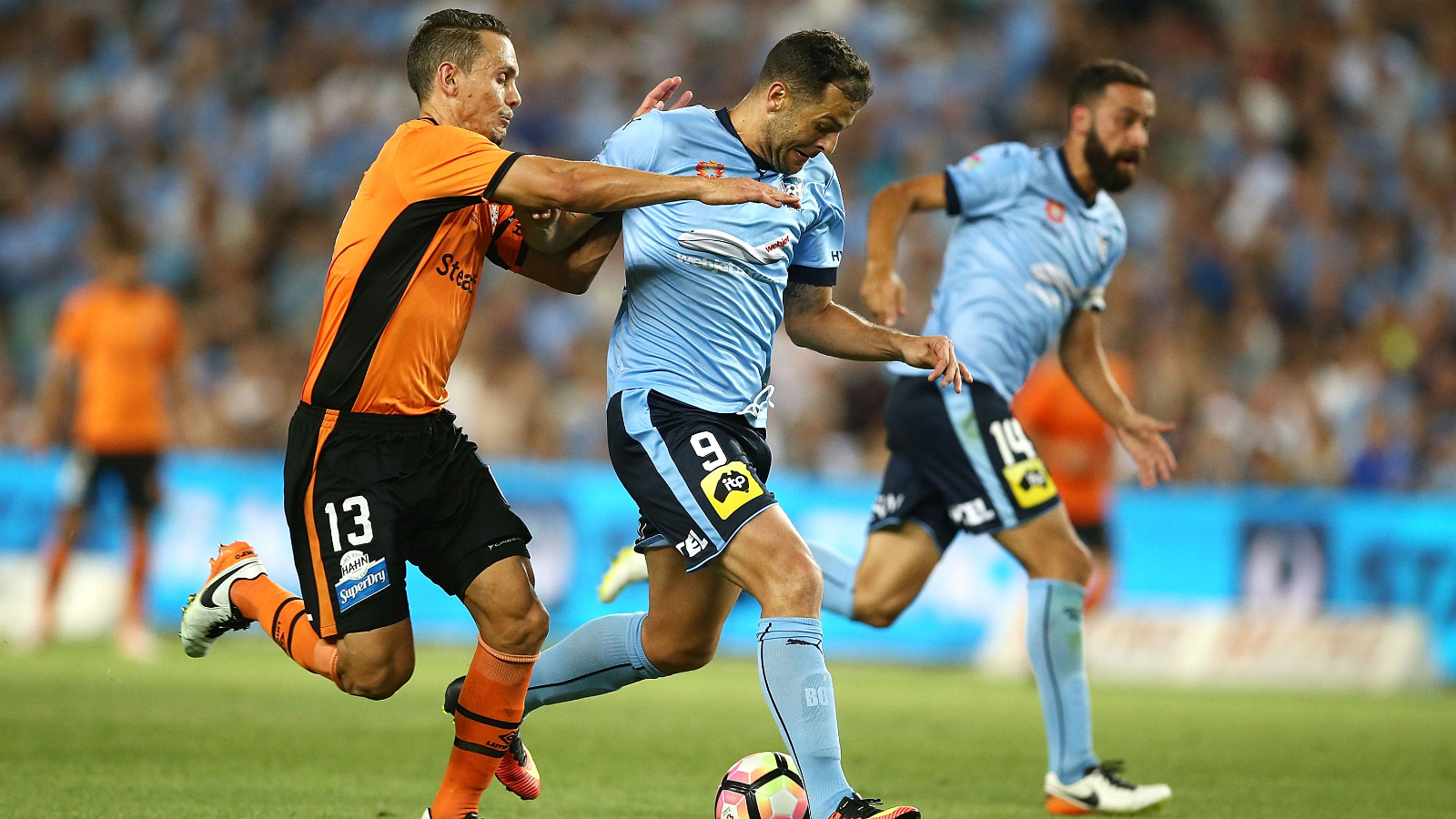