The Roar Women are on a high after last Sunday’s scoreless draw with Newcastle Jets which secured the team a place in the Semi-Finals to cap what has been a remarkable season turnaround.

Monday’s Semi-Final clash will be Brisbane Roar’s 100th game in the Westfield W-League – the first club to reach the milestone.

Wilson says her side’s improved performances in defence over the last five games have been the catalyst of the team’s resurgence and surge towards the Westfield W-League Semi-Finals.

“The basis of our turnaround this season is because of our defensive aspects,” Wilson said.

“Obviously playing against City we have to make sure we turn up, and we’re ready to play. We need to be defensively strong, stay compact and make sure individuals do their jobs.” 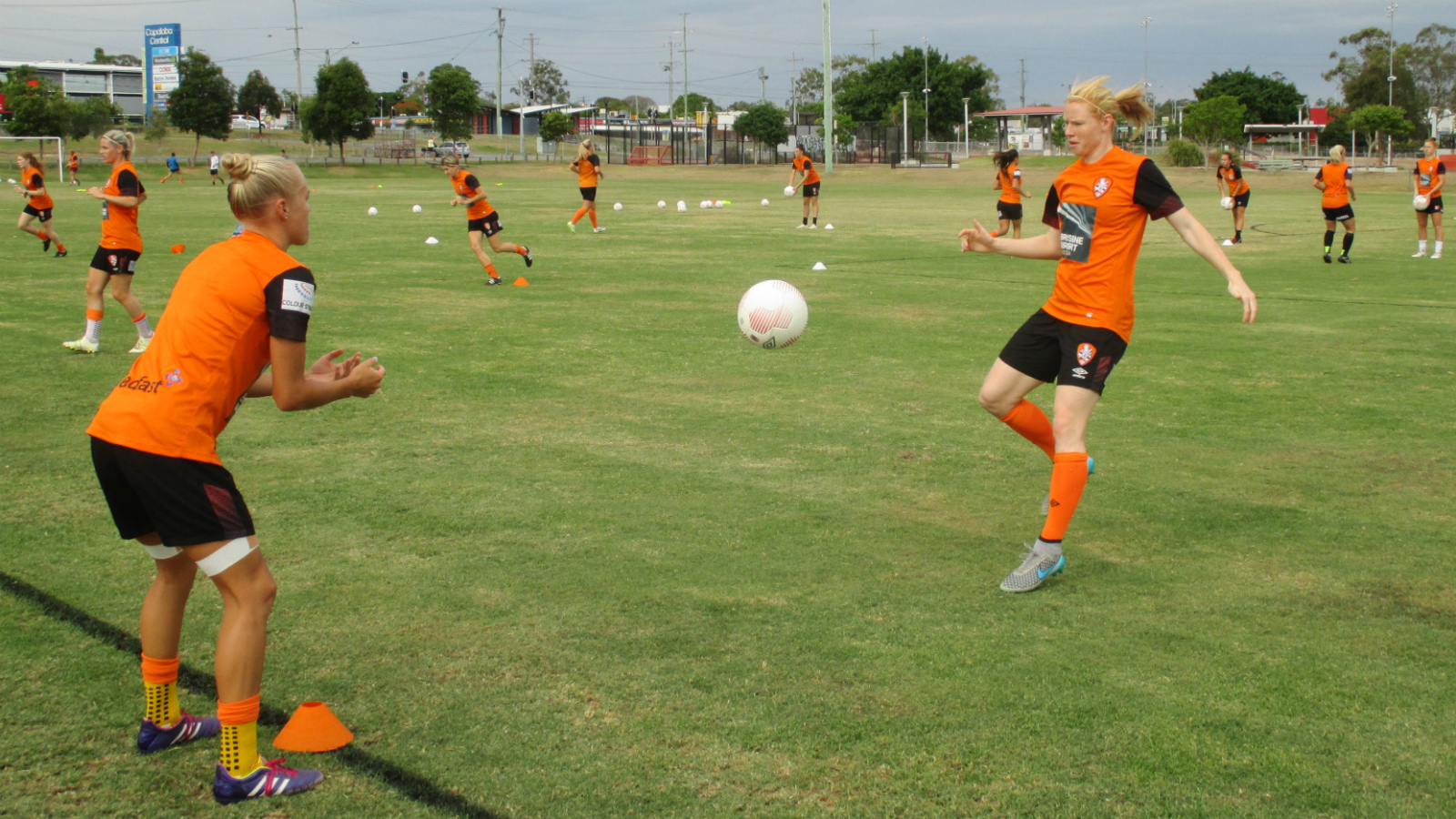 The Roar Women will “win” no matter what the outcome is on Monday, Wilson says, after what was initially meant to be a season of rebuilding for the Women’s side has become a season of incredible achievement.

“Whatever the result, we will win, it’s the win we’ve created to be involved the finals series throughout the whole season, on the park and off the park. Win lose or draw, we still win,” Wilson said.

“It’s not just about finals football; it’s about rebuilding the pride in the Orange shirt and the pride in the club. We’ve been able to do that internally and whatever happens over the next week is a bonus for what we set out to achieve over the season.”

The girls head into the match having accumulated 10 points from a possible 15 in their last five matches and Captain Clare Polkinghorne (above) says the side is playing the semi-final at the right time.

“We’ve played some good football over the last month. Our form has been pretty good so we can take a bit of momentum into the game,” Polkinghorne said.

Brisbane goalkeeper Haley Kopmeyer says the team can take positives from the two sides’ previous meetings this season and use what they’ve learned to their advantage.

“We’re facing a side that we know very, very well and we know how we want to play them and attack them,” Kopmeyer said.

“In order for us to win we’re going to have to have a really strong defensive performance. We’ve put up two really strong performances against them, we know we hung with them for 70 minutes then we went down a player, the second time it was a 1-0 game and it was competitive the whole time and could have gone either way.”

The Semi-Final kicks-off on Monday at 3:30pm (Qld time) with the winner advancing to face either Canberra United or Sydney FC in the Grand Final on Sunday, 31 January. The match will be telecast LIVE on Fox Sports Ch505 and ABC-TV.

Roar midfielder Katrina Gorry (below), who will miss the match through suspension, was today presented with her trophy as the PFA’s Westfield W-League player of the month in December. 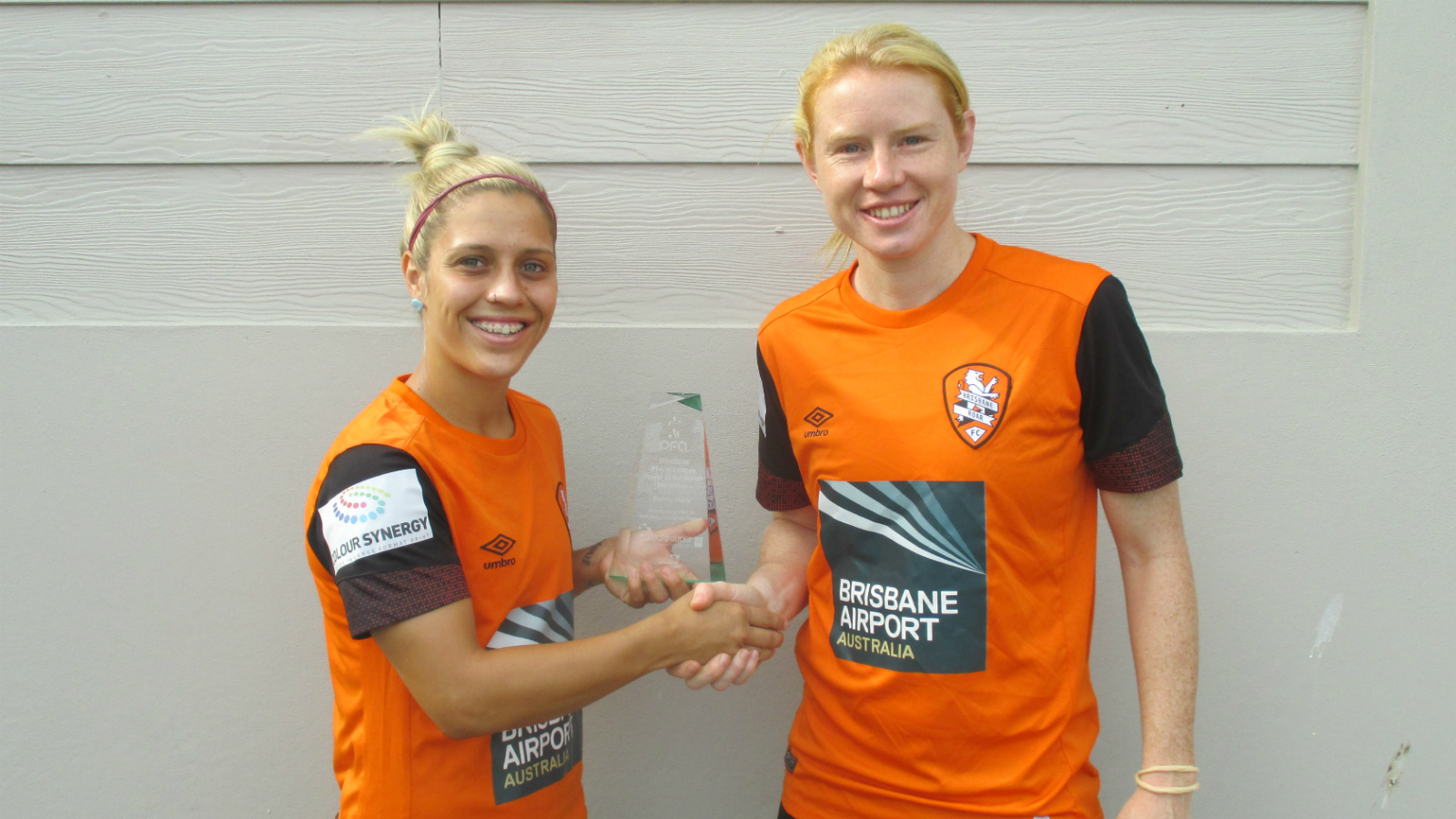