He was given the playing nickname as a youngster in a mark of respect to his grandfather, a respected elder in his hometown, Talavera de la Reina.

Corona is a versatile midfielder who represented Spain at Youth and Under-21 levels. He was a member of the Spanish Under-16 team that won the European Championship and took bronze at the FIFA Under-17 World Cup.

He has played for Spanish side Almeria since 2006 and was the club’s captain. Corona notched 312 appearances (22 goals) in all competitions for the Andalusia-based club. He played  nine seasons in the Spanish top flight, La Liga.

The Roar has signed Corona on a two-year deal. He will wear the No.7 jersey. The super-fit lean midfielder did the pre-season in Spain and started training with the Roar ( below ) this week 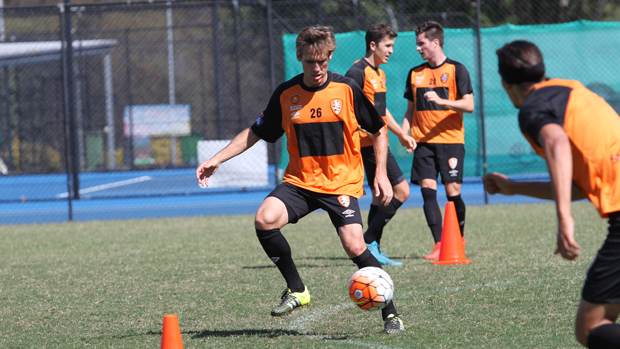 Brisbane Roar Head Coach John Aloisi (below, along with BRFC interim CEO David Pourre presenting Corona with his Roar jersey) said Corona would bring quality to the Roar side as a No.6 in the midfield.

“The way Miguel plays on the ball, he’s technically very good and he will be able to start the plays for us,” Aloisi said.

“He’s got all the qualities that we are looking for in that position to play the style of football we want to play.” 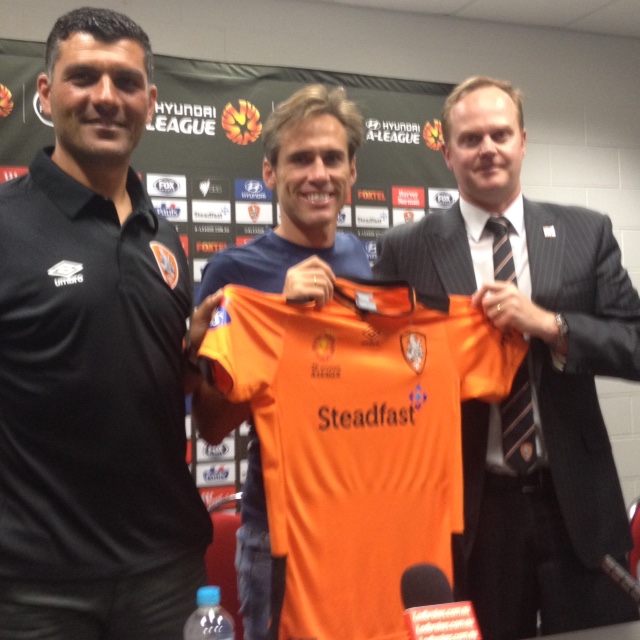 Corona, 34, said today he was excited about the new challenge of playing with the Roar, the three-time Hyundai A-League Champions.

“The attacking, possession-based style of the Roar suits my game,” Corona said. “This style and the positive approach to football by John Aloisi is what drew me to the club. Now I can’t wait to get onto the field and show what I can do.”

Coincidentally, the last goal Aloisi scored during his playing days in Spain was for Alaves in a 2-2 draw on March 11, 2007 against Almeria, whose team featured Corona.