Brisbane Roar is celebrating its move to the City of Logan by offering a special two-for-one ticket deal for Logan residents to attend Sunday’s Hyundai A-League Round 26 clash against Newcastle Jets at Suncorp Stadium (5pm KO).

Family passes to Sunday’s match (two adults/two children or one adult/three children) are also half price for Logan residents.

The special ticket deal is only for General Admission tickets pre-purchased online. The deal will not be available at the gate.

Brisbane Roar announced earlier this month that it had entered into a long-term lease agreement with the City of Logan to establish its first permanent home and operations base at the Logan Metro Sports Precinct in Heritage Park.

Facilities to be developed on the site include top-class training fields (with at least one the same dimensions as the club’s home field at Suncorp Stadium), change rooms and high-performance training facilities. 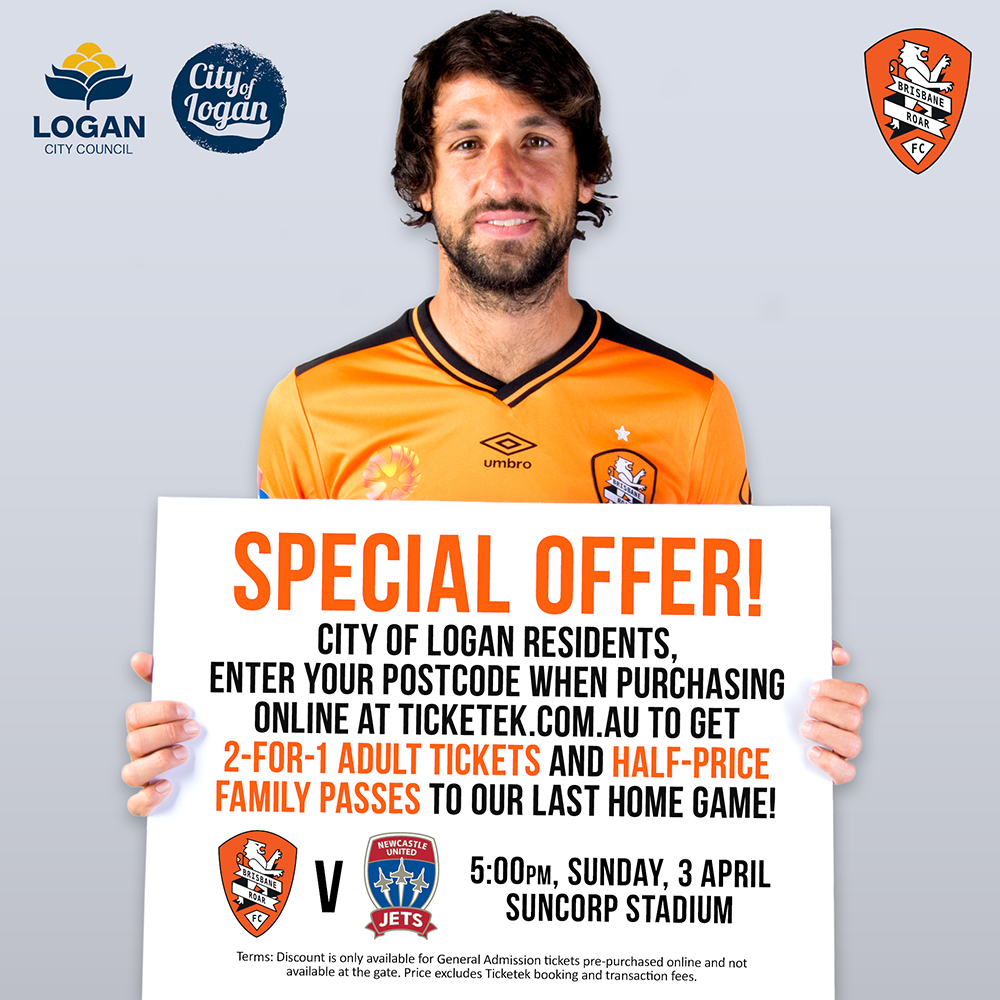 Long-term plans in the $9 million project include the establishment of a Roar Football Academy at the new home base.

That move is expected to be completed by the end of the week.

The club’s Hyundai A-League squad will continue to train at the Griffith University Nathan campus until new training fields and facilities are built at Heritage Park.

“Having the master rights over this new home base is another step forward to strengthen the club’s position as we strive to provide quality facilities for our players, coaches and support staff,” said Roar Chief Executive David Pourre.