“When it’s all done, you realise how privileged you were to be in a position like this.”

With those simple and humble words, loyal club servant and our long-serving No.3 Shane Stefanutto today announced his retirement as a Brisbane Roar player.

“I think back to all the wonderful times we have had, the premierships, the trophies . . . all the friends and the battles we had on the field, they are all special things,” Stefanutto said as he hung up his boots for the last time.

“It is something I will definitely miss now but have enjoyed across the whole journey.

“The club has a culture – something that’s really special.

“It’s 23 people who get an opportunity to fulfil that role. They should see that as a real privilege.

“Now that I am not going to be part of that, I realise what a wonderful opportunity I had.

“It’s sad that I am not going to be playing any more but I am excited for those players who will be Brisbane Roar next season and years beyond.

“I wish them, the club, its members, fans and sponsors all the best for the future.” 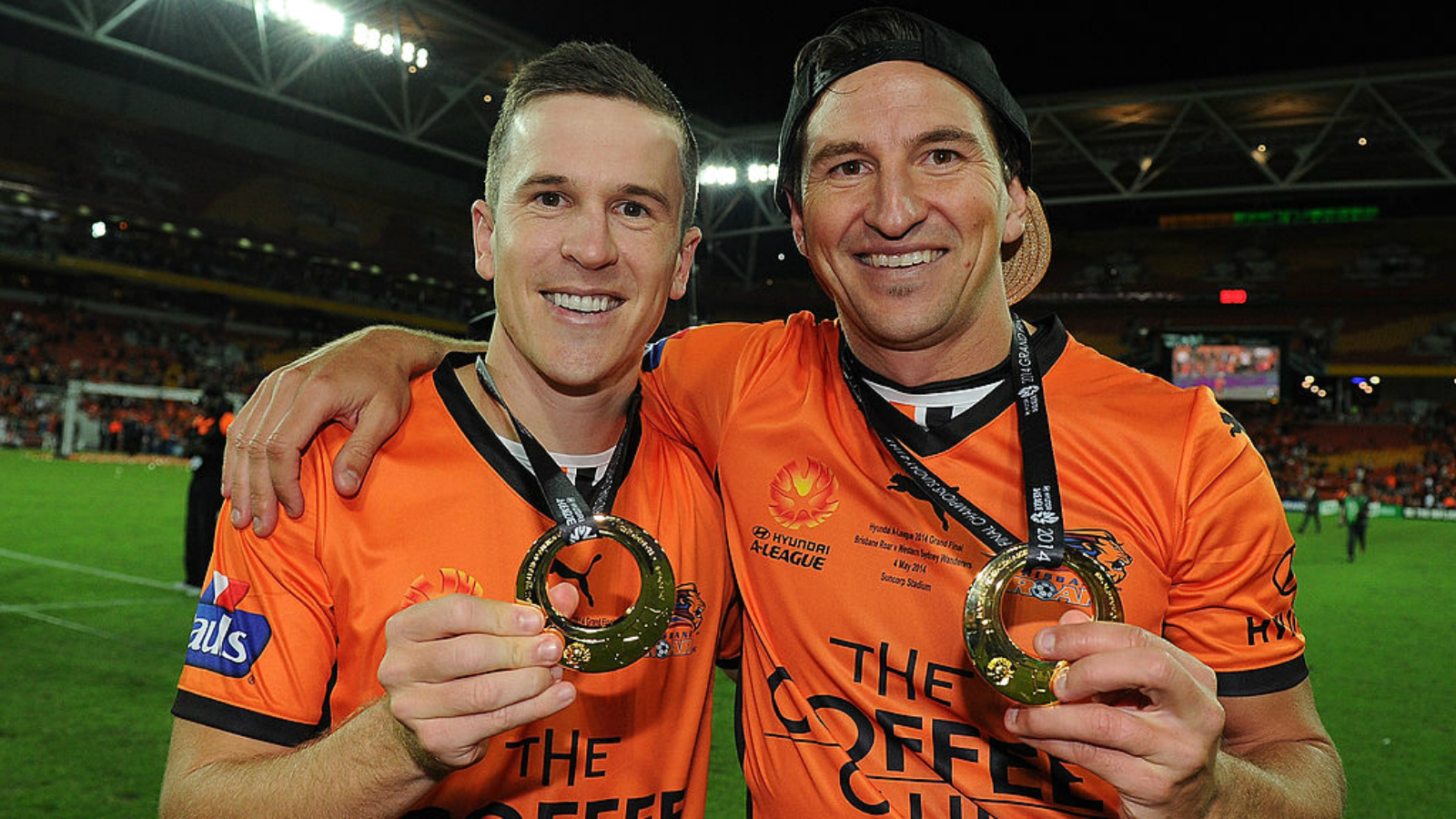 His career statistics are true testimony to Stefanutto’s class and longevity.

He appeared in 134 Hyundai A-League games for Brisbane, starting in 131 of those matches and clocking more than 11,500 minutes.

Three Championship medals, two Premierships, nine appearances in AFC Champions League and qualification (including a goal against Ulsan Hyundai in 2012), five seasons in Norway, six years in the NSL with Brisbane Strikers and three Socceroo caps between 2007 and 2009.

A leader within the squad over many seasons, an unwavering ambassador for Brisbane Roar and all the club stands for, a dedicated family man and a genuine, say-it-as-it-is good bloke.

“You knew with Stef you were always getting 110 per cent whether it was in the game, on the training field or in the dressing room,” Aloisi said.

“He is a leader on and off the pitch and retires having given this club everything he had.

“I speak on behalf of everyone associated with the club in saying thank you Shane for a wonderful career.”

Brisbane Roar Chief Executive David Pourre said Stefanutto had left a wonderful legacy that epitomised everything the Roar stands for.

“His on-field success is there for everyone to see but behind the scenes he has also done so much work in helping to build the Brisbane Roar brand among fans, sponsors and the media.

Stefanutto is a North Queensland product who played his junior football at Edge Hill.

After initially gaining exposure with Cairns representative teams then the Fury, his parents Diane and Frank and sister Nicole made the huge decision to relocate to south-east Queensland to allow him to further his football career.

“It was a life-changing moment for me and all of us,” said an eternally grateful Stefanutto.

He also has special mention for those who combined to bring him to the Roar six years ago including “Ange (Postecoglou), the Coffee Club boys, the Baradel brothers and so many others”.

“They provided the turning point in my career,” Stefanutto said.

Our No.3 says he has played alongside and against too many quality players to name them all but extended special thnaks to the Roar playing group, present and past, for their professionalism, encouragement and mateship.

Stefanutto also put on record his love and appreciation for his wife Tammy and their children Max and Stella (below).

“I wouldn’t be where I am without my family and the support of friends,” he said. 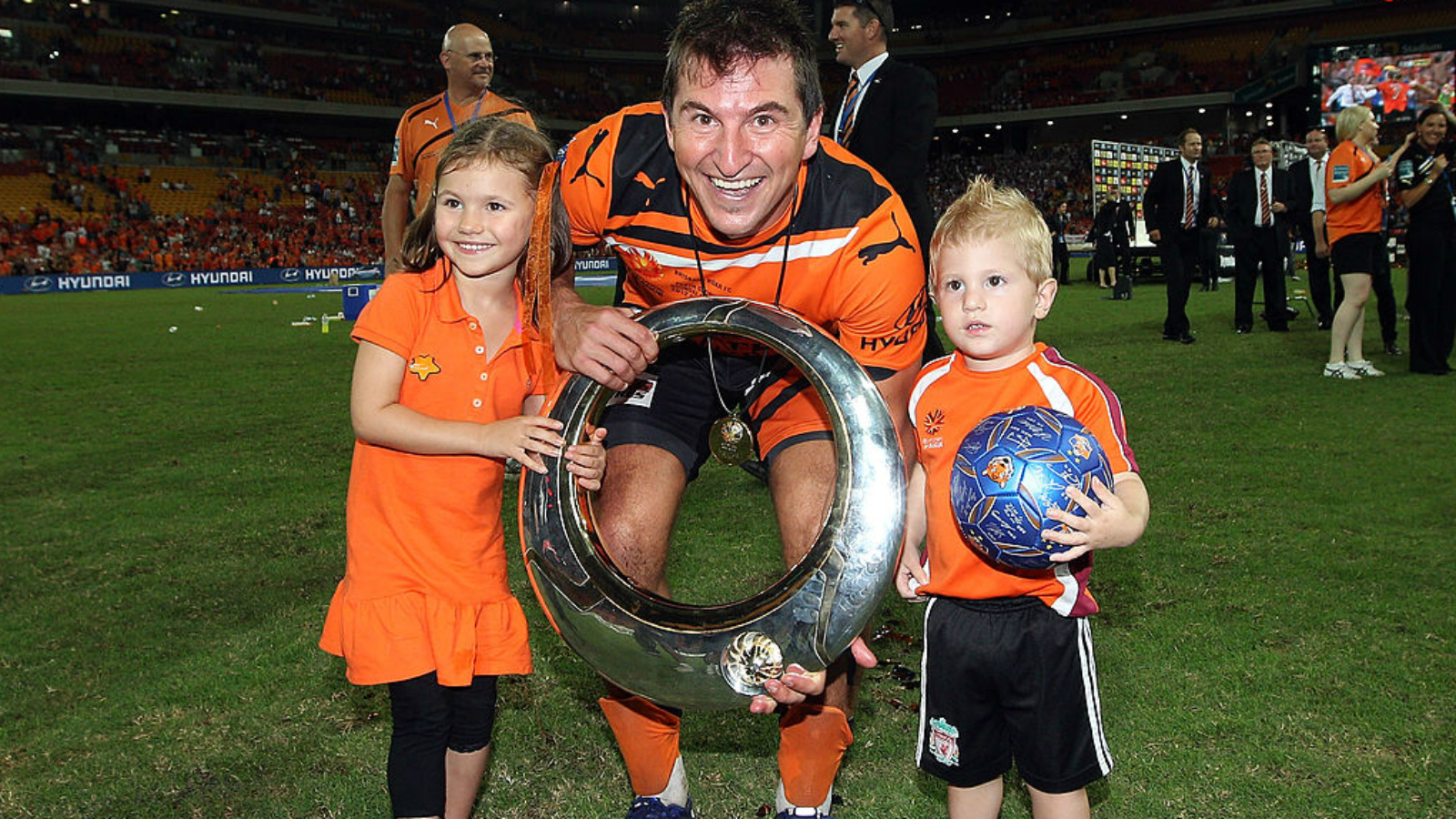 And , of course, he thanks the Roar fans.

“What can I say? There are none better in Australian football, period. I am honoured to have shared this journey with them.”

As for the future, it’s early days for Stef.

“I am a Brisbane Roar person and we are a Brisbane Roar family so I hope to still be involved with the club in some capacity going forward but right now it is far too early to say in what capacity that might be,” he said. 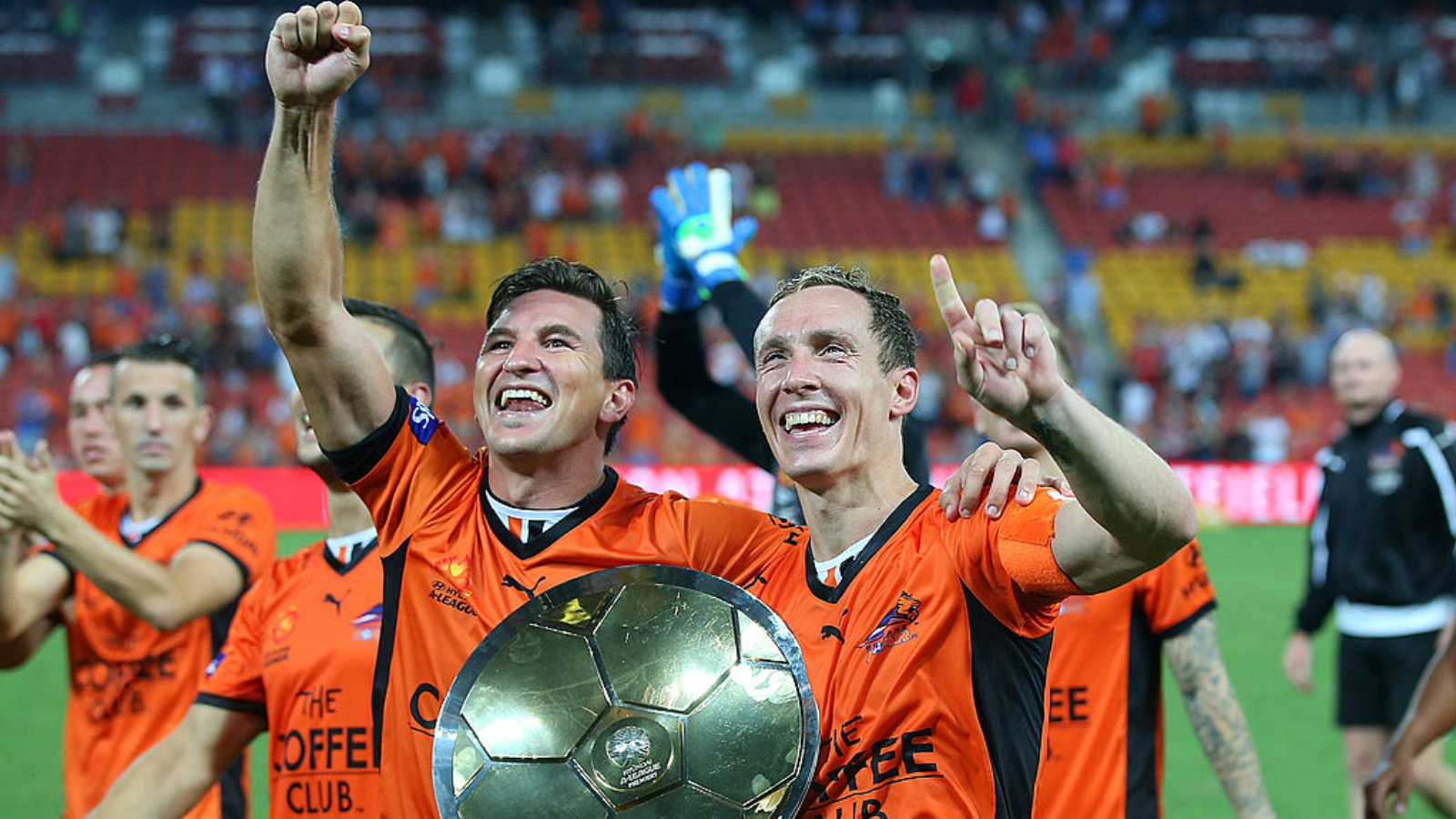 What Stefanutto does know though for sure is that good times are ahead for his Roar team-mates and coaching staff who are now preparing for season 2016/17.

“I’m excited for the boys and the opportunity they now have,” he said.

“I know first-hand the culture of our boys and what the Boss (Aloisi) and his staff have brought in this season.

“It is a great opportunity, particularly for the younger players in the squad.

“If they buy in (to the culture) they can be anything, they can be superstars. There’s no doubting that if they knuckle down and put their all into it.

“It is a great opportunity for them and I am sure they won’t waste it.

“My parting wish is that when it is their time to do this kind of story, they have played their part in helping to take Australian football to an even higher level again.”