This Sunday is ‘FUN DAY’ at Suncorp

Brisbane Roar FC would like to invite everyone in attendance at our Hyundai A-League home game against Perth Glory on Sunday, October 30 to be part of the annual ‘whole of club’ photo, to be taken on Suncorp Stadium’s playing surface after the completion of the match.

The Club’s Westfield W-League, Foxtel National Youth League, and Hyundai A-League squads will take part in this unique photo opportunity gathering alongside those in attendance to cap off an exciting day of fun for the whole family.

Throughout the Hyundai A-League 2016/17 season, Sundays are FAMILY DAY’S at Suncorp Stadium for home games. Pre-game there will be kids activities including inflatable football fields and plenty of entertainment on the North & South plazas.

Games Included as part of this Brisbane Roar FC Membership:

Don’t forget as part of becoming a 2016/17 member you will receive:

Don’t forget, get to the ground early and experience the North & South plazas at Suncorp Stadium buzzing with activity. The Redbull DJ will be pumping out tunes, get your face painted in a Halloween styled design, then head over to the Pauls Photobooth.

The Roar Active Program will have inflatable fields set up for all those who want to have a game of small sided football pre-match. The main event will kick-off at 4pm when the boys in Orange take on Perth Glory in round 4 of the Hyundai A-League. 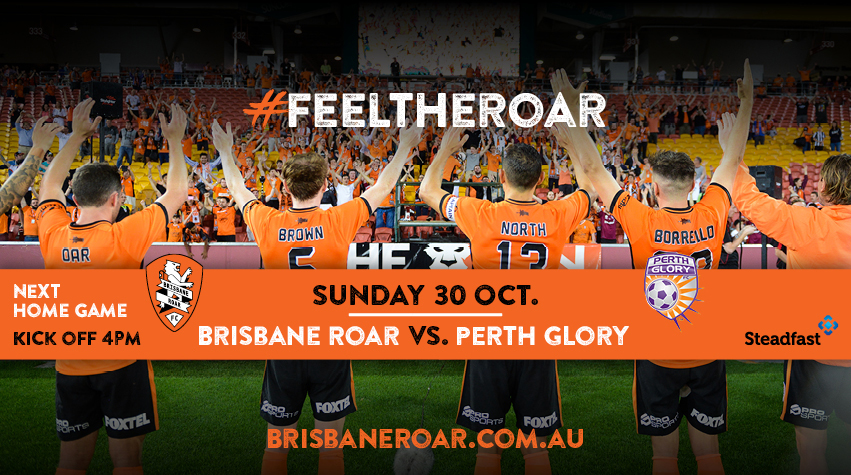