The German said the Roar players were looking to build on last week’s opening round 3-1 win over Western Sydney Wanderers rather than dwell on the ideal opening to the season.

He revealed the Roar coaches had brought the squad down to earth with several tough sessions this week, including a 90-minute high intensity workout in steamy conditions today at the training ground at Griffith University Mount Gravatt campus.

“They (the coaching staff) are not taking the foot off the pedal and not allowing us to do it either,” Broich said.

“They are really pushing us. Even Sunday, the first session back after the game, they absolutely hammered us.”

“Wanderers are traditionally known as the fittest team in the league, or up there. I certainly felt that we could easily match them (last Thursday), so that was quite positive.”

Broich (below, against Wanderers in the Westfield FFA Cup)  said the Roar players had embraced Aloisi’s new structures and high-tempo in attack and defence. 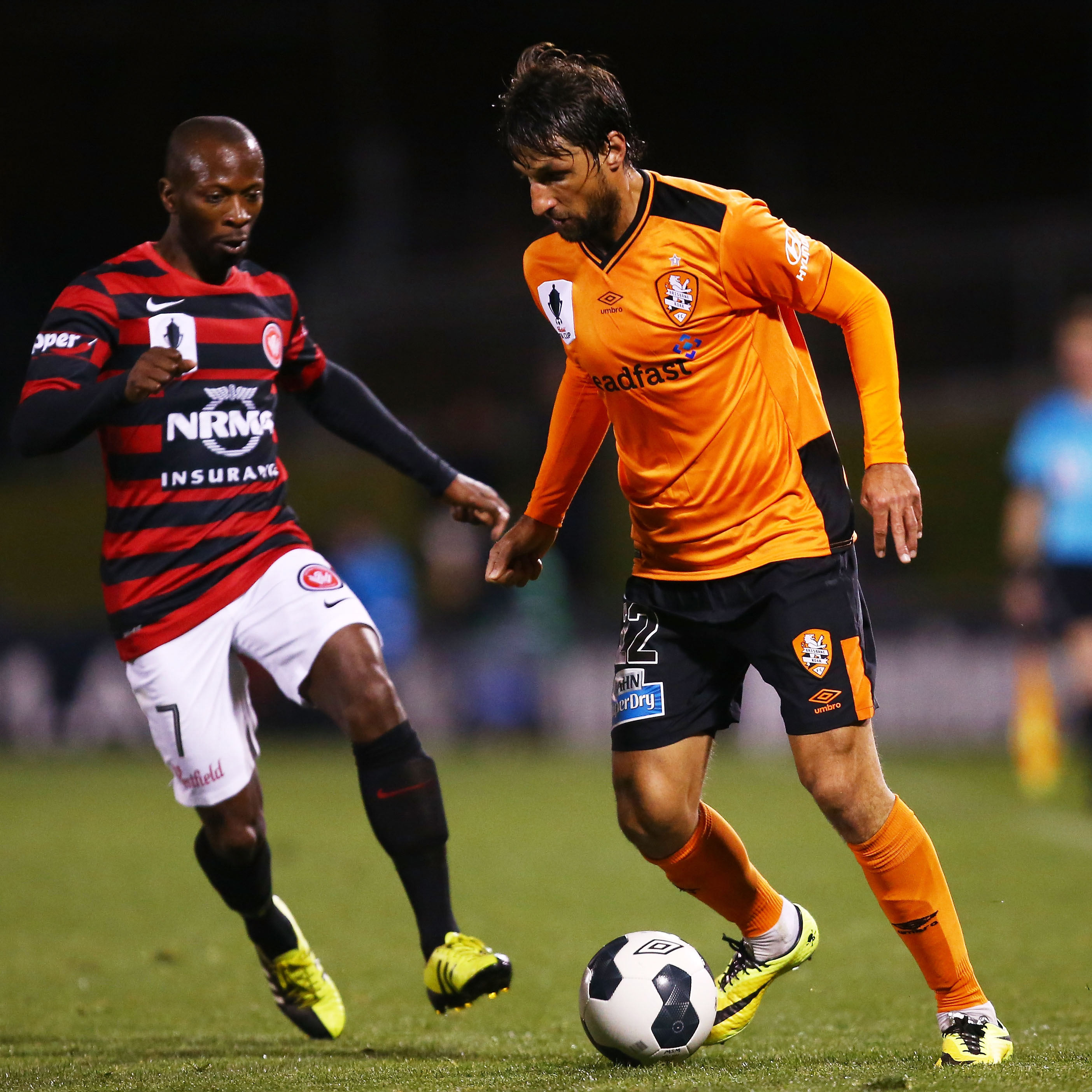 “Throughout the pre-season we slowly but surely got better and better. Sometimes you need a bit of luck and we had that against Wanderers too,” he said.

“After we scored the goals, we played some really good football. Thee new system started to work well and they couldn’t really put us under a lot of pressure. There were a lot of positive signs right there.”

The Roar welcomes back captain Matt McKay from Socceroos duty this week and Broich, like many members and fans, is excited by the prospect of the talented midfielder linking with new signing, Corona.

“He is so composed, his vision and passing range is unbelievable . . . and very disciplined on the pitch.

“Our ball circulation will be a lot better with (McKay)just because he is so experienced.

“Not that the other boys haven’t done a great job, Watch the game. They played a fantastic game too but having Matty there with all his experience always helps.”

Broich said he was not concerned in any way that Corona had taken over many of the dead-ball duties, particularly corners, which led to two Roar goals last week.

“It is not important who delivers (set plays) as long as we score goals off them,” Broich said.

Sunday is a Hyundai A-League and Westfield W-League double header. The women’s game, against Canberra United, is at 1.15pm. The men’s game kicks off at 4pm and will be followed by the historic first full club photo when members and fans will be invited onto the field to be photographed with the Brisbane Roar Hyundai A-League, Westfield W-League and Foxtel Youth League players.

To secure your seat for the huge day of football click here .