Brisbane Roar have put on an attacking masterclass at Suncorp Stadium, putting four past the defending Champions on Sunday evening.

Two first half goals from Thomas Kristensen combined with goals in the second half from Thomas Broich and Jamie Maclaren, capped off a perfect weekend for the Roar with all three sides recording victories over the Reds.

Kristensen’s two first-half strikes were his third and fourth goals of his maiden Hyundai A-League season and the Great Dane was deservedly named as Man of the Match.

“We are definitely pleased with the win and it was good to get back to Suncorp Stadium, put on a performance for a our fans and score goals,” Aloisi said. 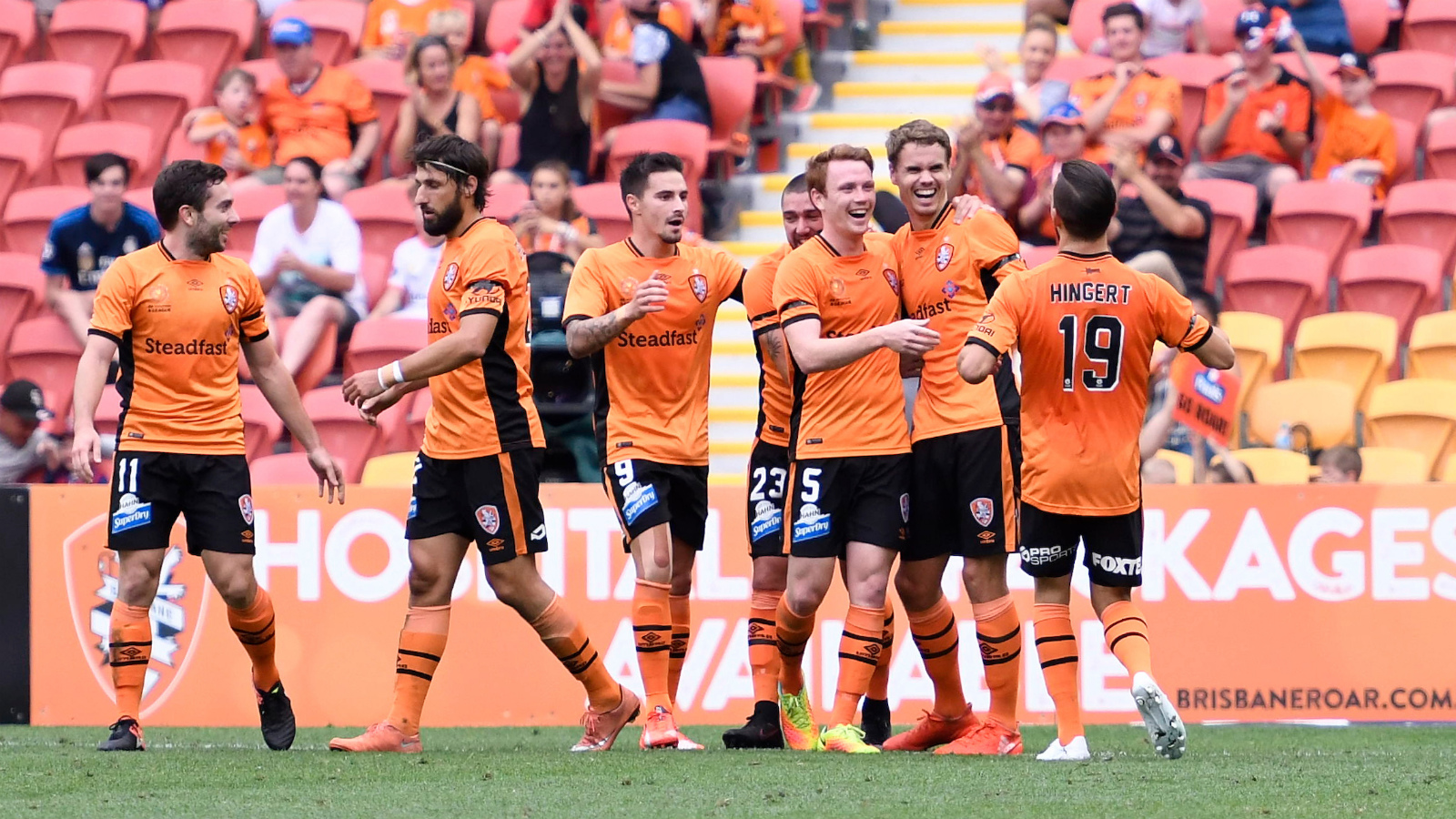 “We’ve been creating chances most of the season but haven’t been as clinical as we’d like but today definitely were.”

The 4-0 scoreline sees the Roar extend their unbeaten streak at Suncorp Stadium to 12 matches, as well as eight matches in the Hyundai A-League 2016/17 season.

Adelaide accrued an incredible nineteen corners to the Roar’s three, requiring the defence to stand tall, as they did, to record the Roar’s third clean sheet of the campaign.

Clear cut chances were scarce in the opening minutes as both sides traded possession and territory. The Roar took time to get into their stride, threatening down the flanks but struggling to find the final pass to goal.

When the hosts found the final pass, they did it with lethal efficiency.

Man of the Match Thomas Kristensen and Tommy Oar combined for the games opening goal after 28 minutes, before the Dane found the net again just moments later, once again benefiting from a superb cross from Oar. 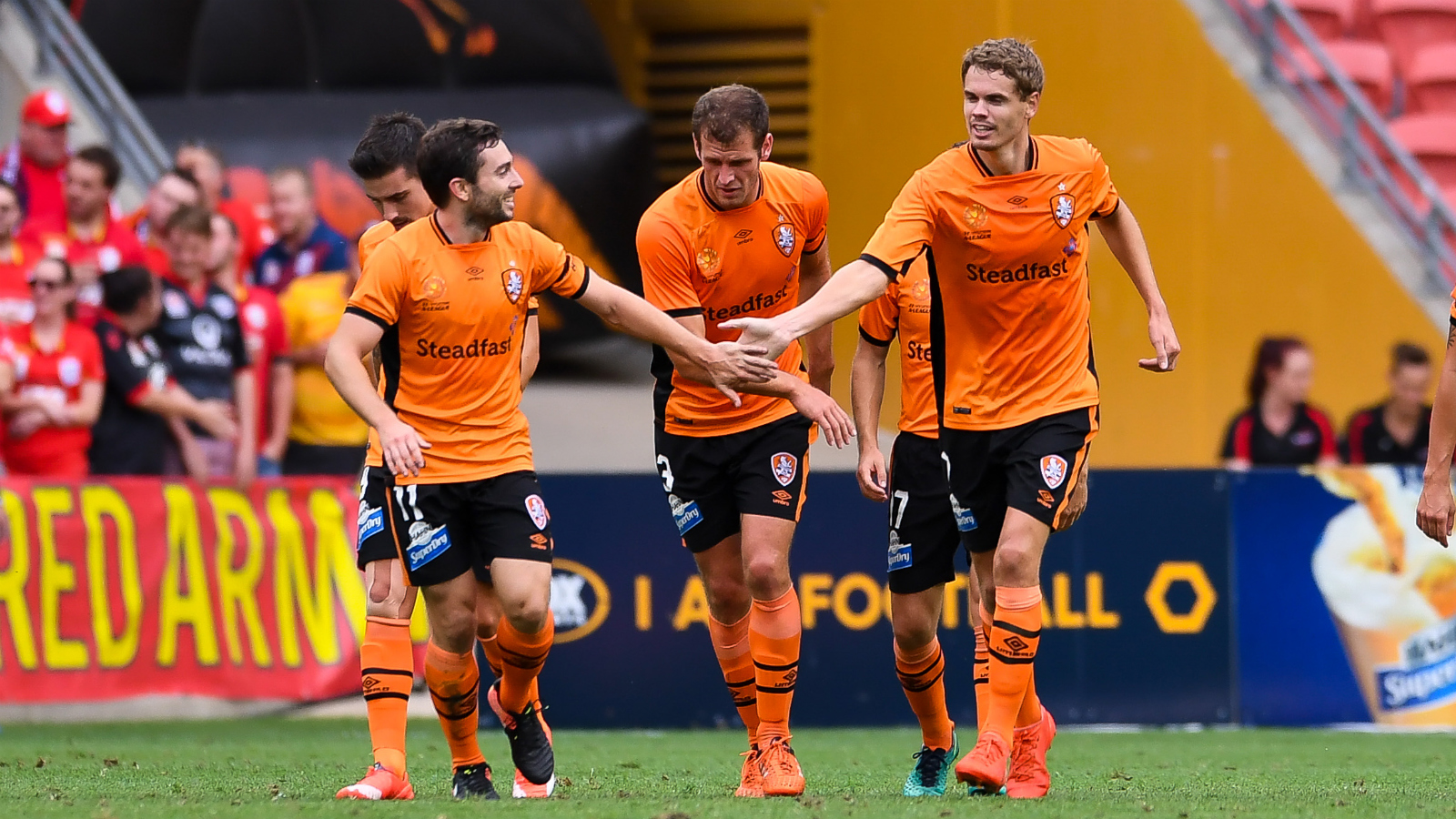 Tight defending from the Roar saw Jamie Young’s goal rarely threatened in an even opening 45 minutes of action at Suncorp Stadium.

The Reds had a period of sustained pressure at the start of the second half but it was the Roar who absorbed the pressure and struck next.

Thomas Broich was the beneficiary of a delightfully-placed free-kick from Dimitri Petratos and the German took advantage, placing a header into the top right corner.

James Holland went closest for the Reds, striking the bar shortly after the hour mark.

It was all the Roar in the final stages though as Jamie Maclaren’s fifth goal in as many games extended the home side’s lead to four.

The win sees the Roar move to equal-third on the Hyundai A-League ladder alongside Melbourne Victory. 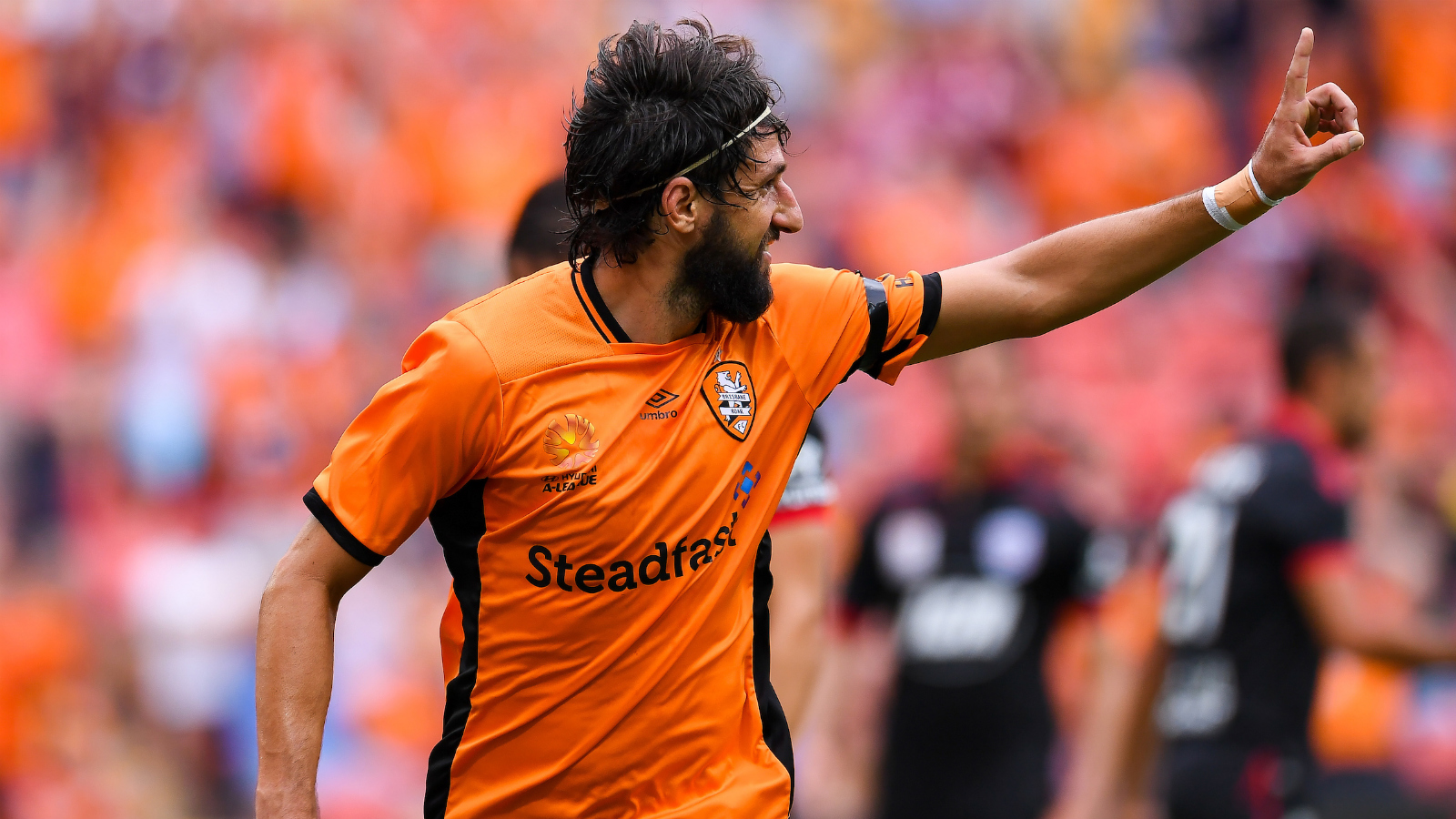 28′: Kristensen plays wide to Oar on the left wing before darting into the area, latching on to Oar’s cross and finishing with a superbly-struck header into the bottom corner. 1-0

30′: Oar breaks in behind the Reds defence with a well-timed run and inch-perfect pass from Petratos. From the byline, he looks up and picks out Kristensen who doesn’t break stride before burying his second goal in the space of three minutes. 2-0

55′: Dimitri Petratos whips in a free-kick from the right wing, landing it perfectly on the head of Thomas Broich who heads back across the face of goal into the top right corner. Unstoppable. 3-0

85′: Petratos’ cross is handballed by Henrique and the referee points to the spot. Jamie Maclaren smashes home the spot kick to the left of Eugene Galekovic. 4-0

The Roar let loose against the Reds, hitting the target four times and extending the club’s unbeaten run at Suncorp Stadium to 12 matches. 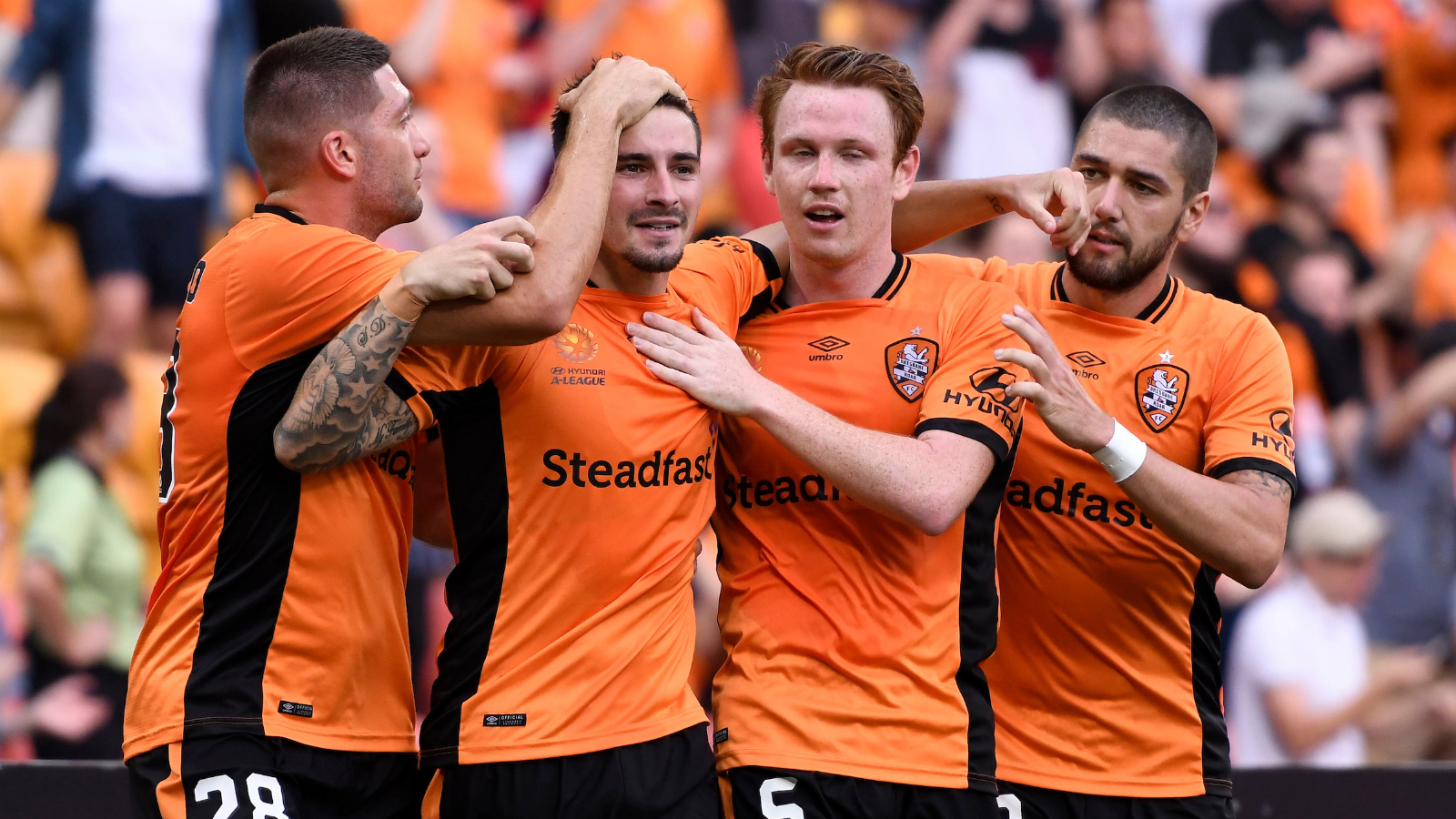 Brisbane Roar Head Coach JOHN ALOISI: “We wanted to be ruthless and it was good to score four goals at home after being on the road for a number of weeks.

“With some of the players we have we can counter attack pretty quickly but we still want to be able to control a game and have some possession.

“They outplayed us at times and we had to defend deeper, and I think our boys did exceptionally well when we did have to.

“Thomas Kristensen were great but he was also good on the ball. Him and Matt McKay in midfield really helped us control the game.” 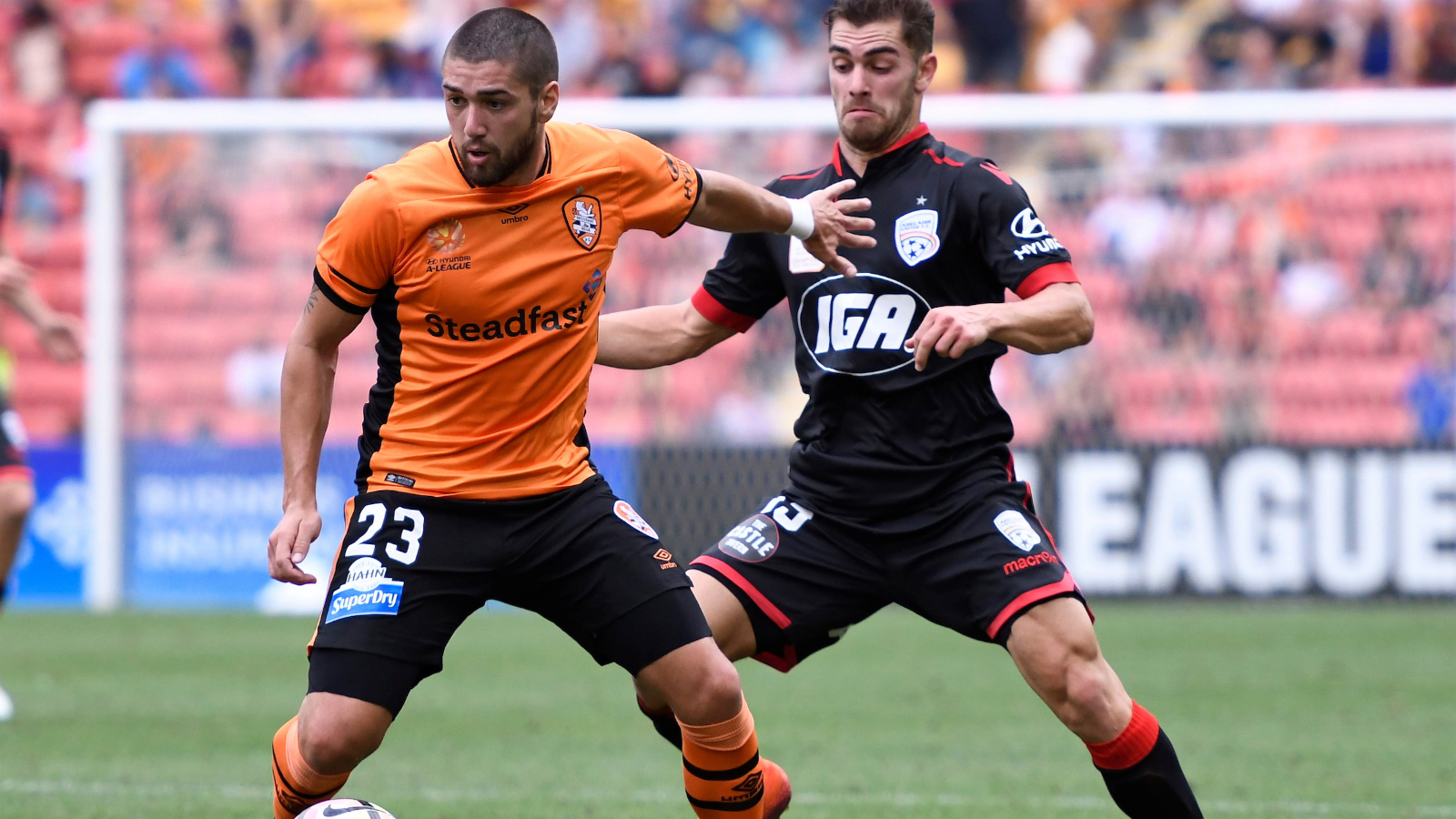 “In the second half last week we created enough chances to win the game. We said during the week that when we create those chances that we have to be ruthless, make sure that we put them away.”

Brisbane Roar midfielder THOMAS KRISTENSEN: “It was a really important result to make sure we keep in touch with the top three teams.

“Firstly, it was good to score some goals. After three weeks of being infront and 1-1 draws, we scored a second goal this week and just kept going.

“I scored a little bit at the start of my career and in the last few years there haven’t been many. Sometimes you get on a roll and they just go in.

“My family and and I are really happy in Australia, both on and off the pitch. I’m really enjoying it and hopefully we can get some more wins.” 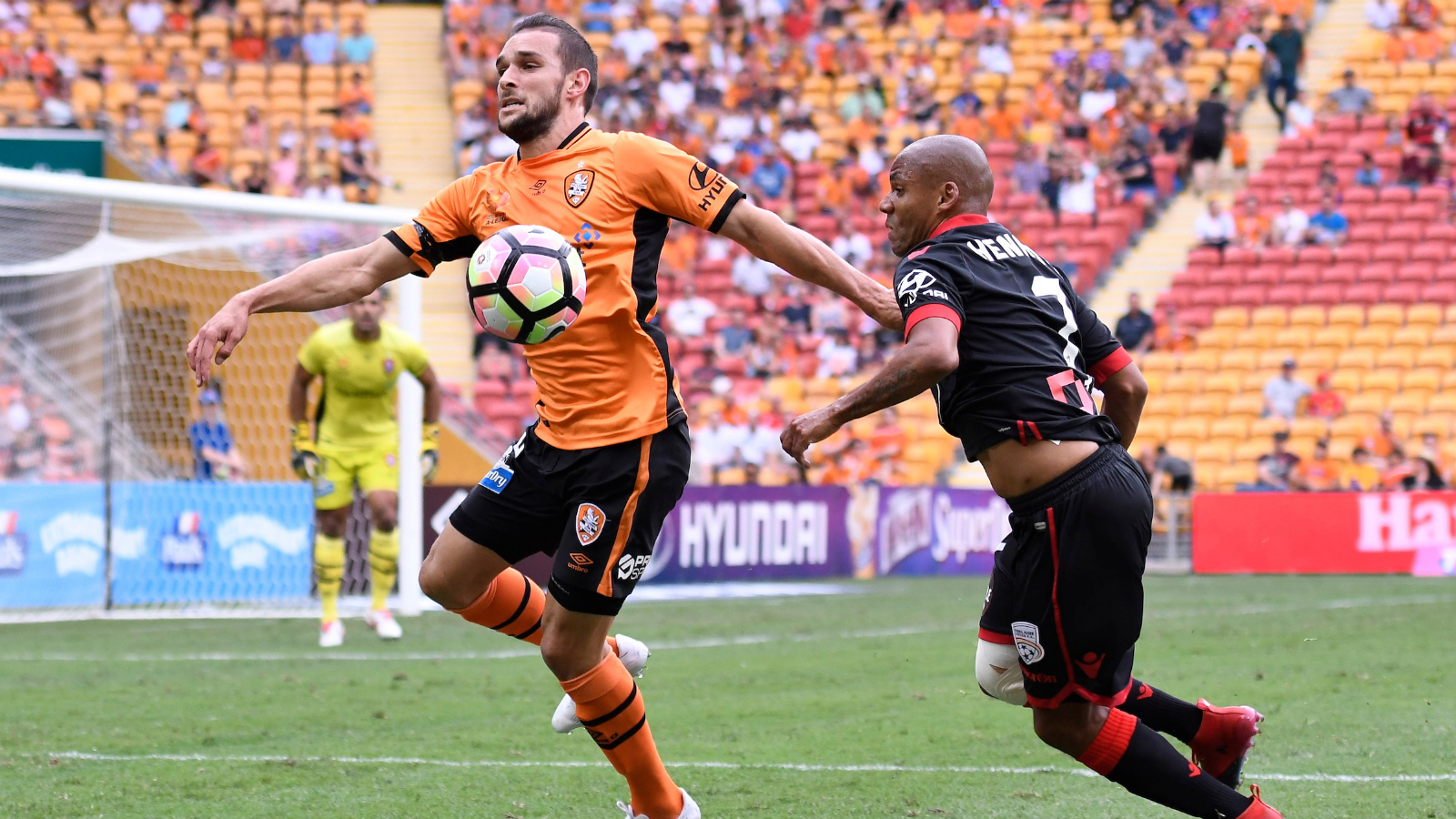