Local Brisbane-based coaches enjoyed a unique opportunity to hear the Roar Head Coach give a special insight into his inspiring playing career and his transition into a top-level coach in Australia.

The night hosted by Fox Sports presenter, Nick Meredith was an initiative co-ordinated by Football Queensland and Brisbane Roar to thank coaches for their hard work and dedication to the game of football.

Aloisi covered a wide range of topics throughout the night. The Socceroo legend’ insight into his love of the game, passion for football from a young age, transition from player to coach and match preparation methods gave the coaches in attendance a wonderful and unique experience. 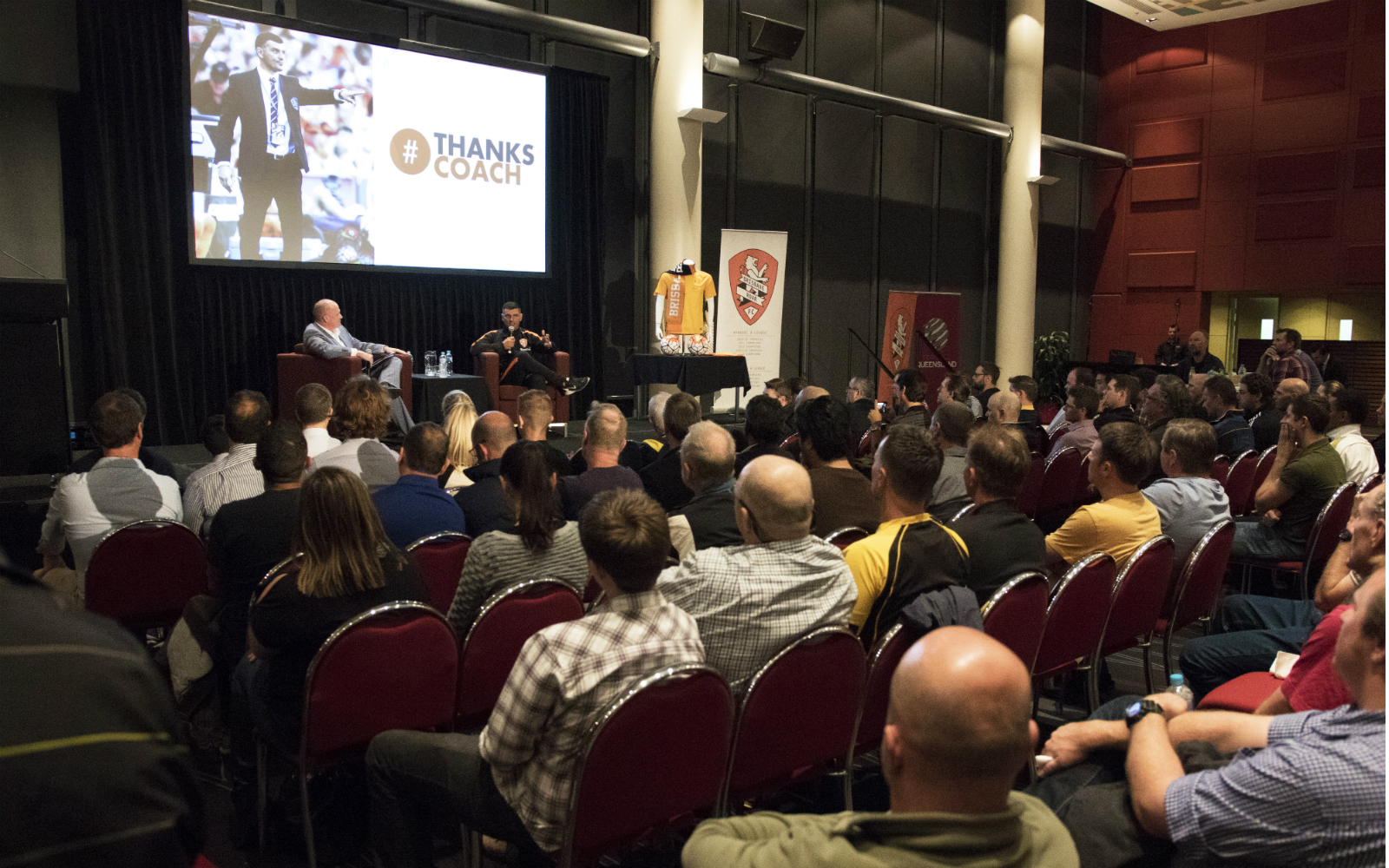 When asked to give his thoughts on the ThanksCoach program, Aloisi was full of admiration.

“I’m really proud to be involved in the ThanksCoach program,” Aloisi said.

“It was great to see the room full of enthusiastic and dedicated coaches and I’m looking forward to working with them throughout this exciting initiative.”

Steven Brierley, Former Head Coach at University of Queensland Brisbane Premier League U20 Women’s team was full of praise for the ThanksCoach program and to Brisbane’s Head Coach for taking the time to address local coaches.

“I really enjoyed everything about the night. John came across as a very calm, thoughtful and likeable guy. 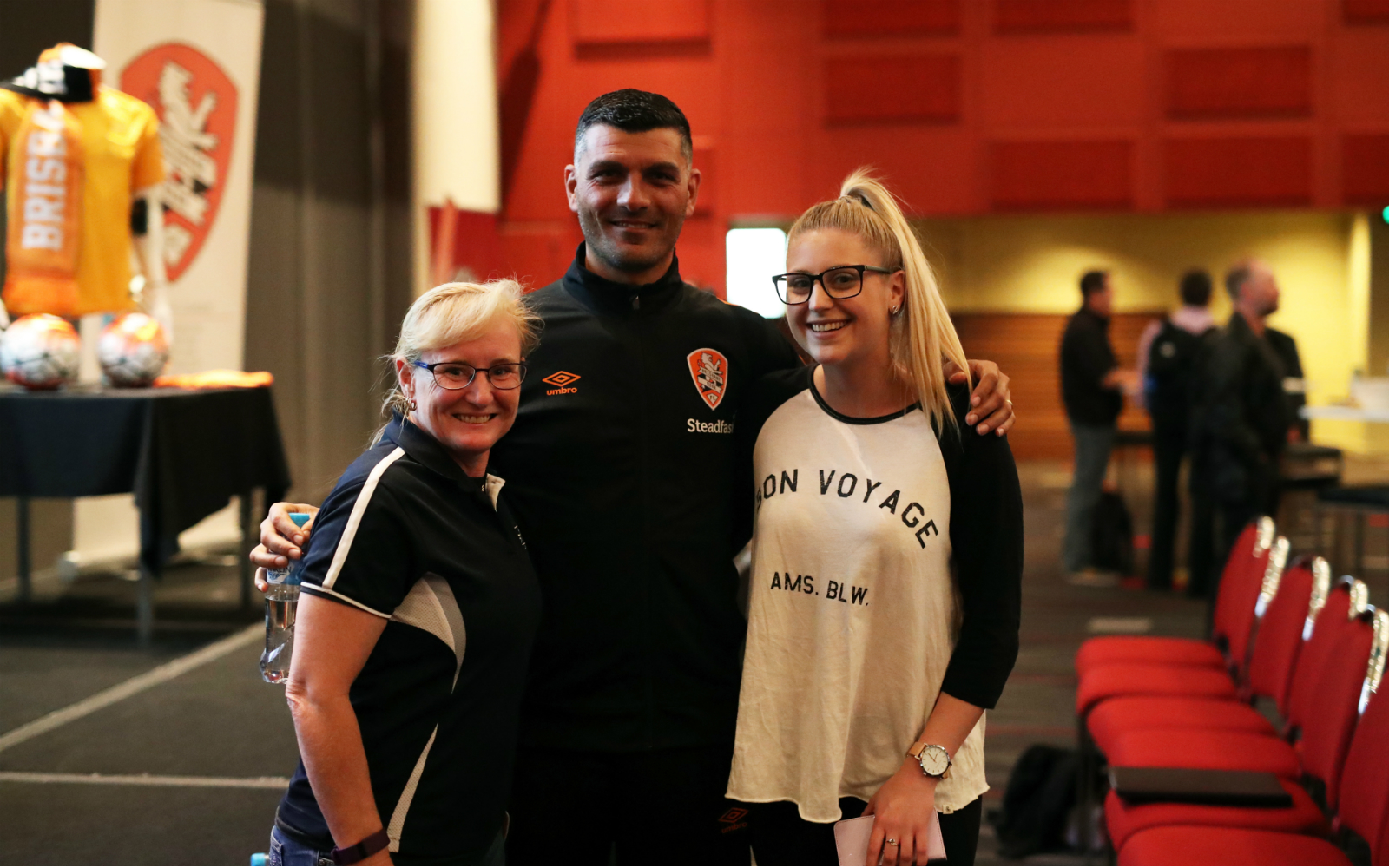 “When he was asked what he brought to the club, being respectful was his first response. Something we all need to do not just in football but in life. Nice one John.”

Project Manager at Football Federation Australia Sally Freedman opened the night with a short presentation, giving those in the room details on the key objectives for the #Thankscoach program.

One of the highlights of the night was when the audience of coaches were given the opportunity to take part in a Question & Answer session with Aloisi. No topic was off record, with Aloisi giving honest and open responses to every question that he fielded.

The evening concluded with many of the local Brisbane coaches getting photos, autographs and saying thank you to one of Australia’s national footballing heroes.

Football Queensland and the Brisbane Roar Football Club would like to thank Sally Freedman (below) for helping organise the event and to all those coaches who took the time to attend. 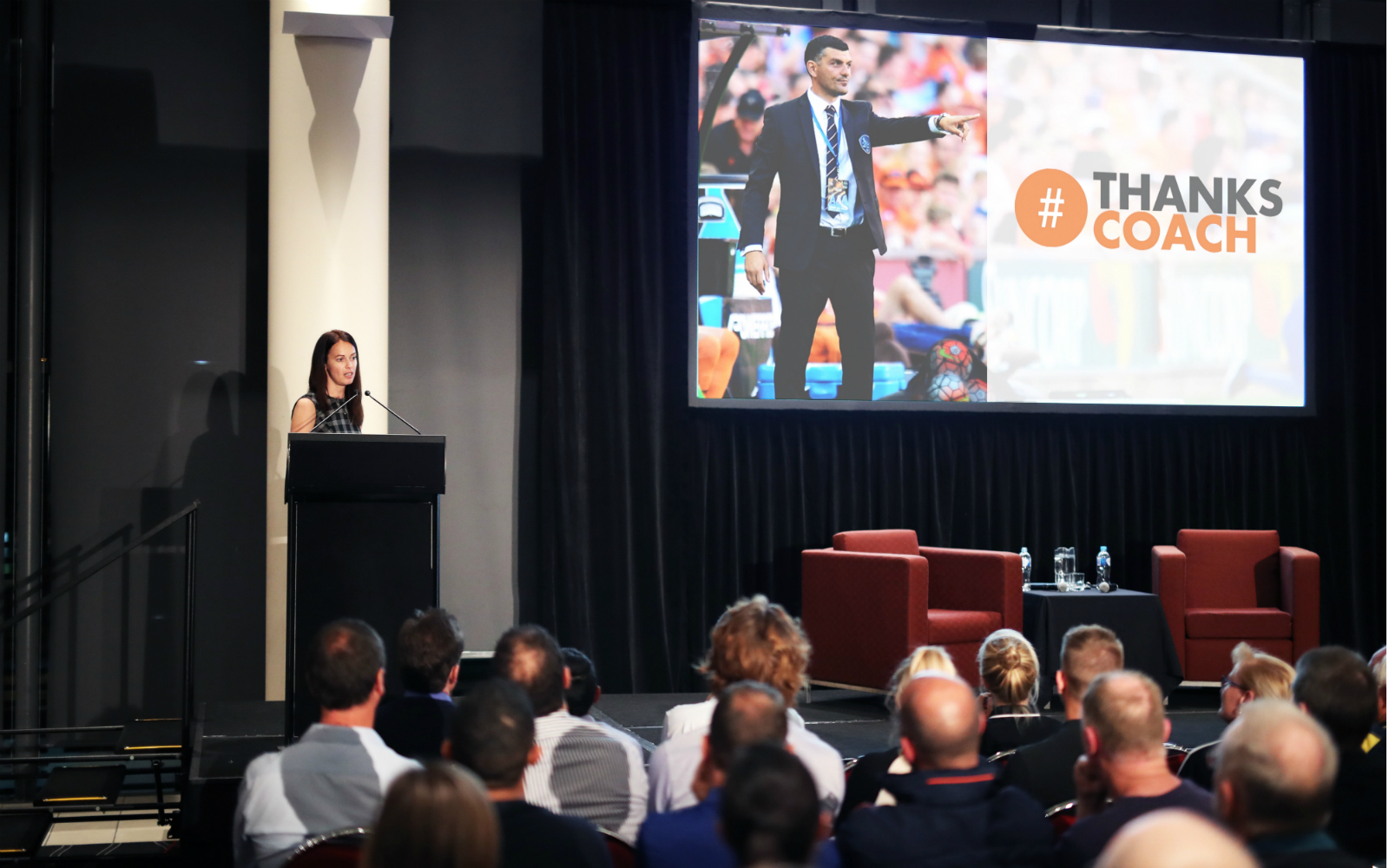