Brisbane Roar Head Coach John Aloisi says an unwavering self-belief within his playing group will get their season back on track when they take on Hyundai A-League table leaders Western Sydney at Suncorp Stadium tomorrow (4 March, 7pm kick off).

After topping the table mid-season, the Roar endured consecutive losses in two tough road trips to Perth and Adelaide over the last fortnight and are now third with six games to play.

Aloisi says the focus is very clear for this weekend’s “massive” clash against the Wanderers.

“We know we were not outplayed (in the last two games),” Aloisi said after training today.

“We know that it’s mistakes that we are making that’s costing us.

“If you make a mistake, it puts pressure on the scoreboard and then you start snatching at things in the final third. We know if we stick to our structures in the way we can play, we’ll be fine.”

To secure your seats at tomorrow’s big match, or to purchase the three-game pack for our Massive March home games, click here 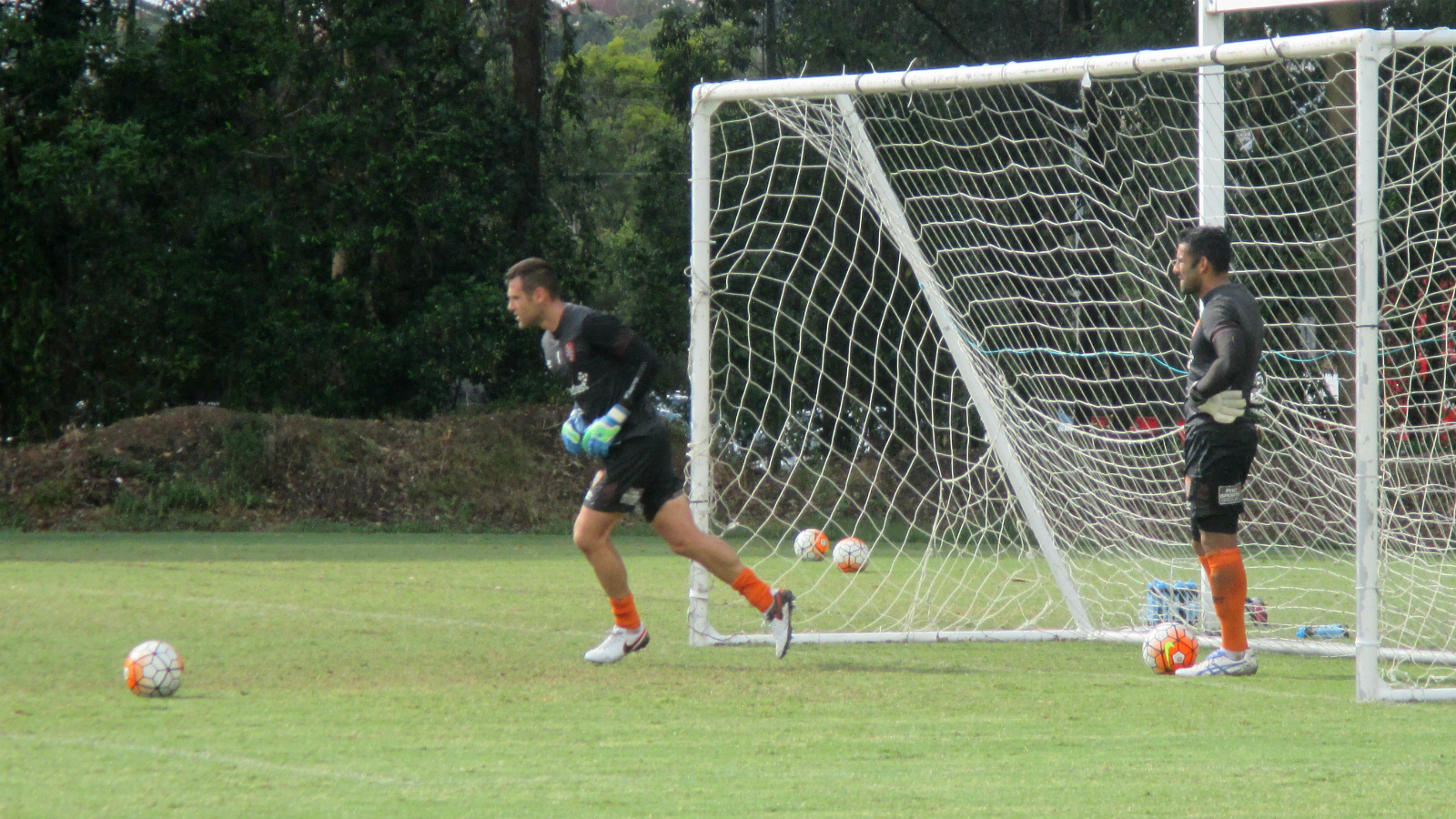 Aloisi says his squad is determined to get back to what got them to the top of the table just a few weeks ago.

“That was playing to our style,” he said.

“The players want to put what we haven’t done in the last two games to rest by doing what we were doing earlier (in the season).

“That was playing within our structures and not being anxious and trying things that we weren’t trying before – not losing the ball in certain areas. They’ve seen it, they know it.”

The arrival of Socceroo Tommy Oar at training this week, as well as news of a permanent home for the club in Logan, has provided a visible lift and the Roar’s sessions this week have been intense and highly competitive.

Aloisi declined to speculate on how he might use Oar once the forward gets fit enough to be considered for selection.

But he quickly hosed down media suggestions that Oar’s arrival could mean more bench time for marquee man Thomas Broich, who started as a substitute last week for the first time in four years.

“It gives me options and competition for places like what we want all the time,” the Roar Boss said.

“Tommy Oar can play inside as well as outside. Our movement and the way we like to rotate, they (Oar and Broich) can play together and I can’t see why they can’t combine.

“But it’s still too early to say because Tommy’s not ready to play yet.” 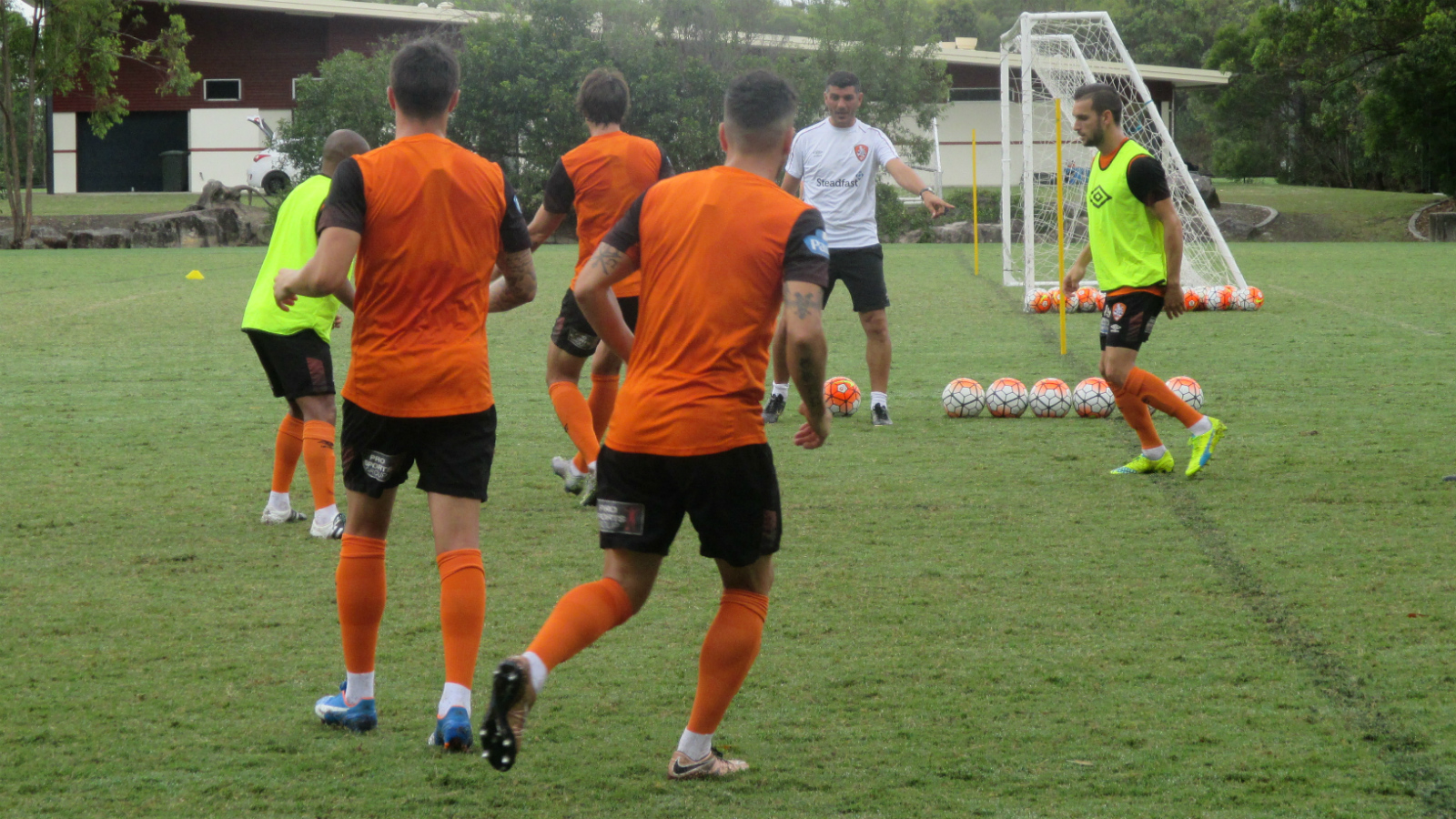 Aloisi said Broich still had plenty of football to play for the Roar.

“Thomas is a good professional and he wants the best for the squad and the team,” he said.

“It (benching Broich) was a decision I made, Thomas accepted it and he said: ‘Look I will be ready for whenever you want to use me’.

“That’s the type of person Thomas is. He’s a team player and he’s still got a lot left in his tank.”

Oar today participated in the warm-up and several confined space drills before again peeling off to do specialist fitness work.

He attracted a large media contingent and in a post-training press conference he compared the professionalism at the Roar and within the Hyundai A-League comparable to that in top football in Holland, where he played 105 games with FC Utrecht.

“The level of the whole competition (Hyundai A-League) has really picked up since I left,” said Oar who played 23 games for the Roar as a teenager from 2008-10.

“Even the training is so professional . . . the same as in Holland in terms of the professionalism, so that’s obviously fantastic.

“Some of the best years of my career so far have been playing in the A-League.

“I don’t see it as a step down (returning from Europe to the Roar). I see it as a positive step for my future.”

Defender James Donachie, who missed the last round with a knee injury, trained this week but was not considered to give him extra time to recover.

Captain Matt McKay did not train today after his wife Amanda went into labour this morning with their first child. McKay is expected to advise the club tomorrow on his availability for Friday’s match. 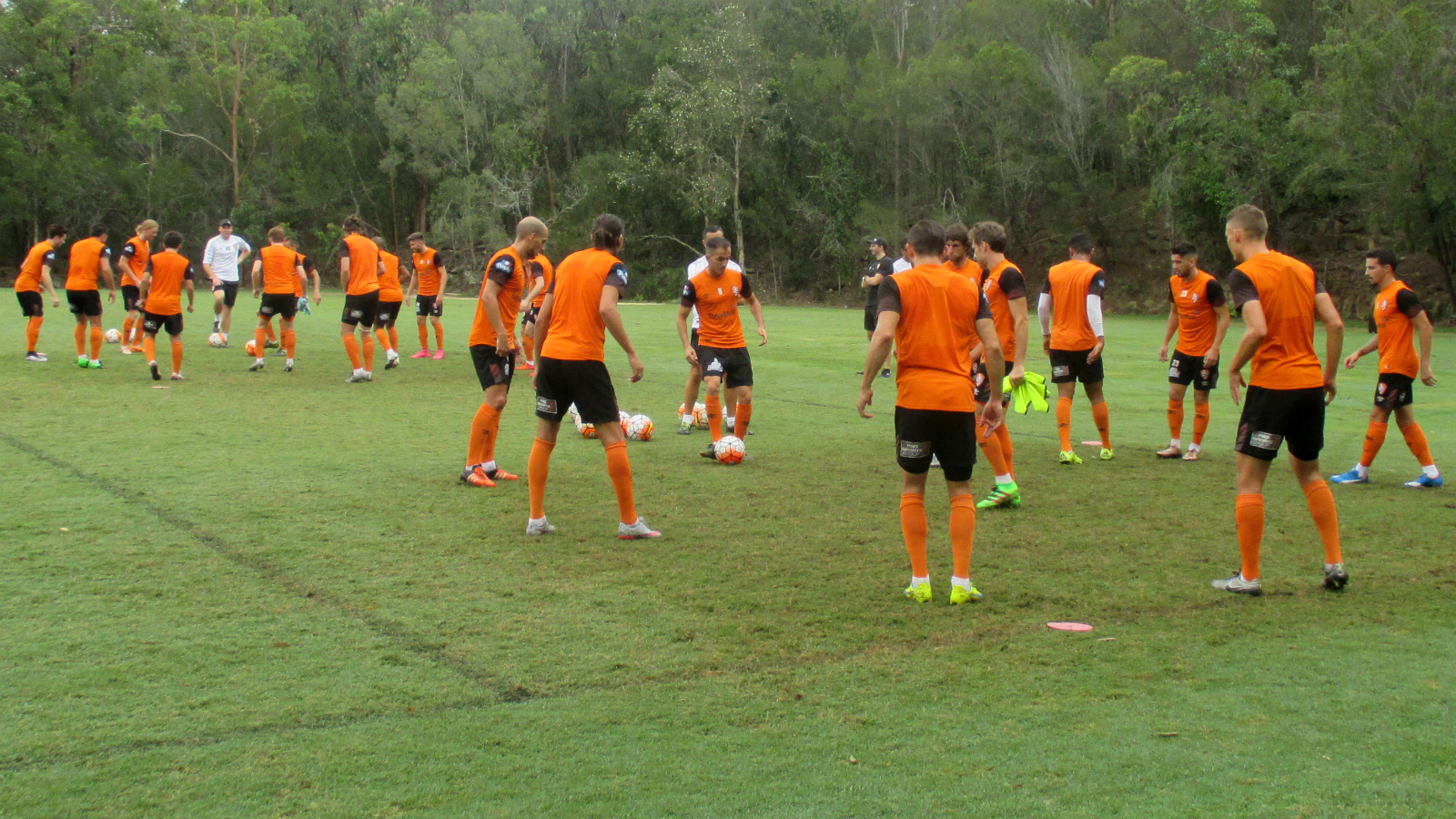 Join the conversation on Twitter using the hash-tag #BRIvWSW