Brisbane players Jamie Maclaren and Daniel Bowles have earned places in the Hyundai A-League Team of the Week after the Roar’s tough 2-1 away loss to Western Sydney Wanderers on Saturday.

It is the third Team of the Week selection in nine rounds for both players and consecutive weeks for striker Maclaren (lower photo), who netted the Roar’s goal against the Wanderers.

Central defender Bowles (below) continued his strong season with another powerful performance in the back line. 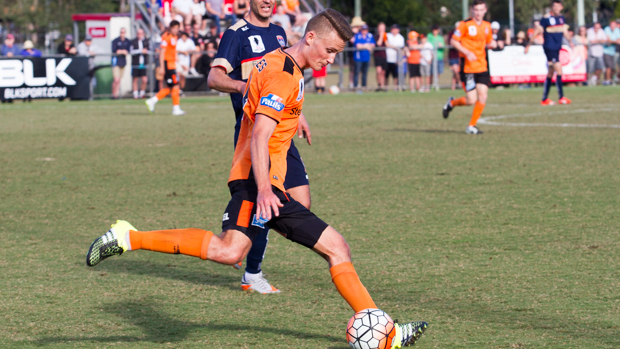 The Roar were disappointed to come away from Saturday’s close match with no points and felt they were unlucky not to be awarded a penalty in the second half.

The loss ended Brisbane’s run of five games without defeat.

The Roar return to the training field tomorrow to begin preparing for Phoenix, who were buoyed by their 2-0 win over Champions Melbourne Victory on Saturday.

Brisbane will train at the Griffith University Mount Gravatt campus on Tuesday and Wednesday before flying to Cairns on Wednesday afternoon. They will train on Thursday and Friday at the match venue, Cazalys Stadium. 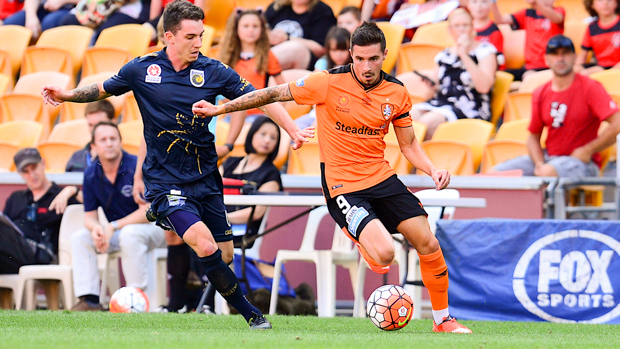 Phoenix have opted to delay their arrival in Cairns until Friday. They will train that afternoon at Cazalys.

Tickets to the Roar vs Phoenix match start at $20 (adults) and $15 (children) and can be booked now by clicking here.

After Cairns the Roar are away to Central Coast Mariners before consecutive homes games – against Melbourne City (Sunday, 27 December, 6pm kick off) and Perth Glory (Saturday, 2 January, 4.15pm kick off). For tickets to those games, click here