The Roar duo kicked around with the two UFC® stars on the Suncorp Stadium pitch then partnered them in a four-man game of foosball (below).

The joint media opportunity marked the launch this week of ticket sales for the Mir-Hunt UFC® bout at Brisbane Entertainment Centre on Sunday, 20 March and the Roar’s home game against Central Coast Mariners on Saturday, 6 February (4.15pm kick off).

The two millionth Roar home game fan will come through the tunrstiles this weekend with everyone inside the stadium in the running for terrific prizes including:

• Lunch for themselves and a guest with Brisbane Roar Head Coach John Aloisi and selected players from the squad. This will be an opportunity to find out more about the club and get up close with Roars stars (two draws will be done with a fan and a member each getting a lunch).

• Two 32gb, Samsung Galaxy S6 smartphones thanks to Telstra Brisbane North (two draws will be done with a fan and a member each getting a smartphone).

• One lucky BRFC member will also win a TAG Heuer timepiece to the value of $6000 thanks to Brisbane Roar’s partner TAG Heuer Boutique Brisbane – naming rights partner of the TAG Heuer Chairman’s Lounge.

To book your seats at the match and be in the running for these great prizes, click here 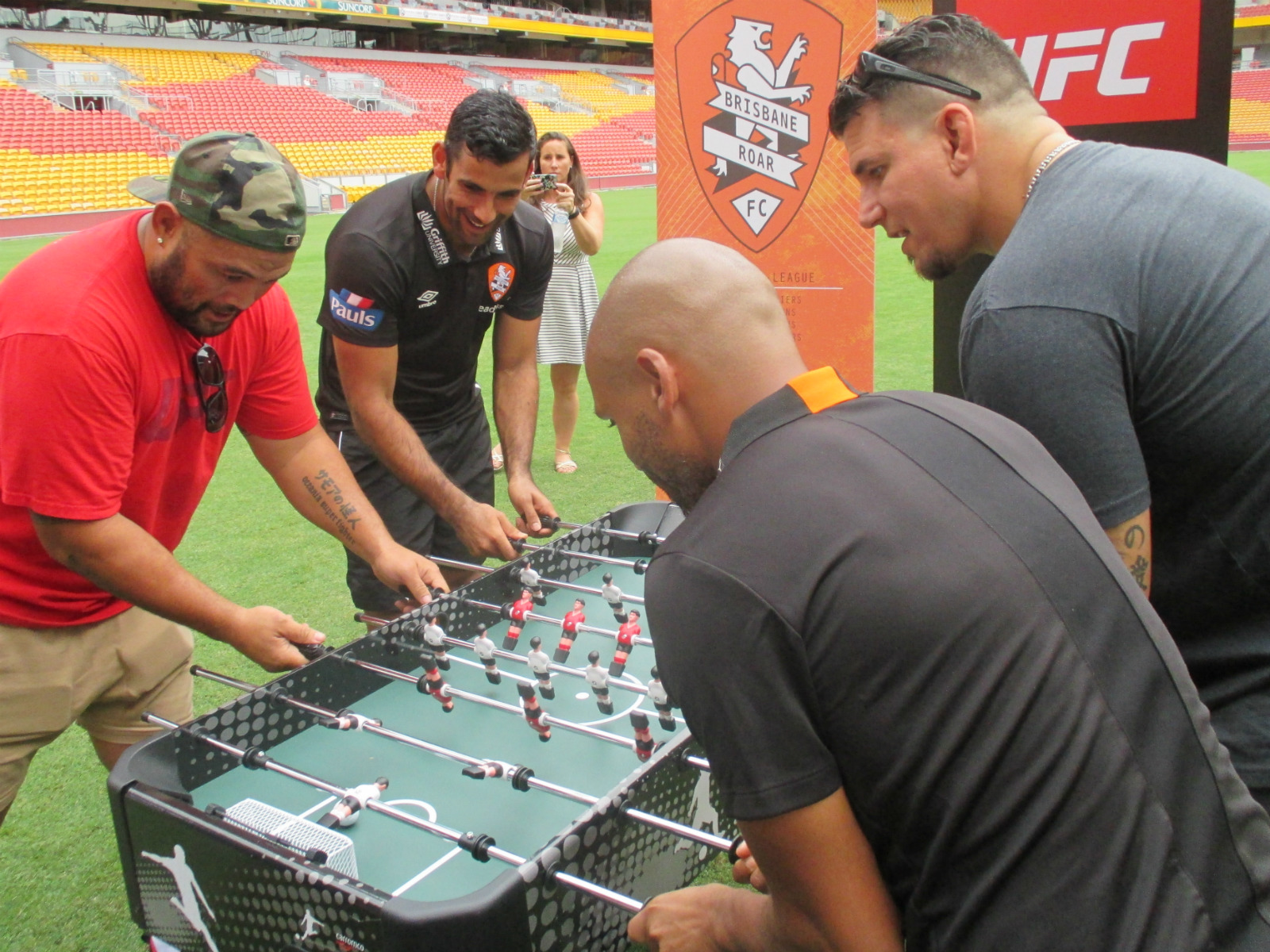 “There is a lot of collaboration in the sense of UFC® is one of the fastest growing sports in the world, the same as football particularly in Australia and it is fantastic to have everyone here from UFC . . . it’s good to have them here in our fortress Suncorp Stadium,” he said.

“Brisbane is a fabulous sports city and it is great to see what the Roar has been doing this year in particular being second on the table and having a big win at the weekend,” he said.

“Whenever we have a chance to partner with a local sports team, it really shows how universal great athleticism is and great competition is and we couldn’t be happier to be back here in Brisbane.”

Although Henrique was half the size of the two heavyweight fighters, he dazzled them with his skills and all four sportsmen quickly bonded.

The two heavyweights spent time chatting to Young and Henrique about training techniques and the many years both Roar players have spent honing their skills and building their footballing careers.

“I am very impressed, they are not just good fighters but good people as well. They are very friendly and treated us very well,” Henrique said.

Young, who is a huge UFC® fan, gleaned as much information as he could off the fighters on preparations, diet and mind-set.

“They dedicate their lives to what they do and there is no surprise they are in their sport because of their physiques. Credit to them to getting where they. They are absolute legends in their sport,” he said.