Brisbane Roar defender Jade North has “shaved down” in preparation for his role as the club’s Movember ambassador.

The Hyundai A-League is again supporting Movember with all 10 clubs nominating an ambassador for the annual cause, which highlights men’s health issues.

This weekend’s Hyundai A-League Round 4, in which the Roar host Adelaide United FC at Suncorp Stadium on Saturday, 31 October (6.30pm kick off) is the official Movember Round.

In preparation to see how bushy a Mo he can grow in the 30 days of November, North attended the Pureman barber shop at 121 Albert Street, City, where he got star treatment from Stacey (pictured) and the Pureman staff.

Hot towels, moisturiser, soothing oils and a super-sharp cut-throat razor in Stacey’s expert hands ensured Jade got the closest shave he’s ever had. 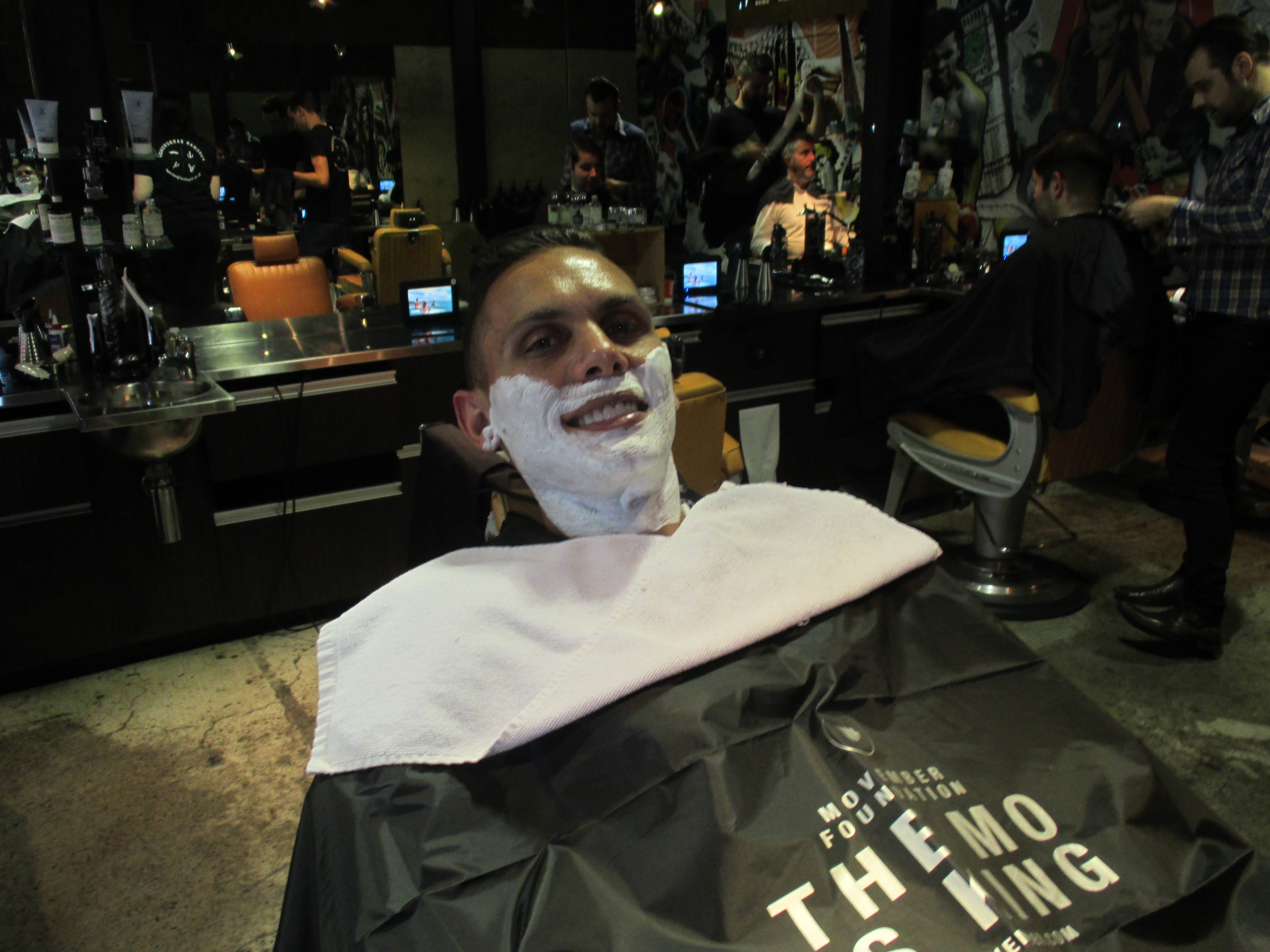 “Stacey and Pureman were terrific. They are big supporters of Movember and so I am,” North said.

“It’s important to raise awareness of the many health issues lots of men attempt to deal with in private.

“The more we talk about issues such as mental illness, depression and prostate cancer, hopefully it will make it easier for more men who may be suffering to seek expert help.”

To show your support for Jade’s Mo and the Movember Foundation cause click here. 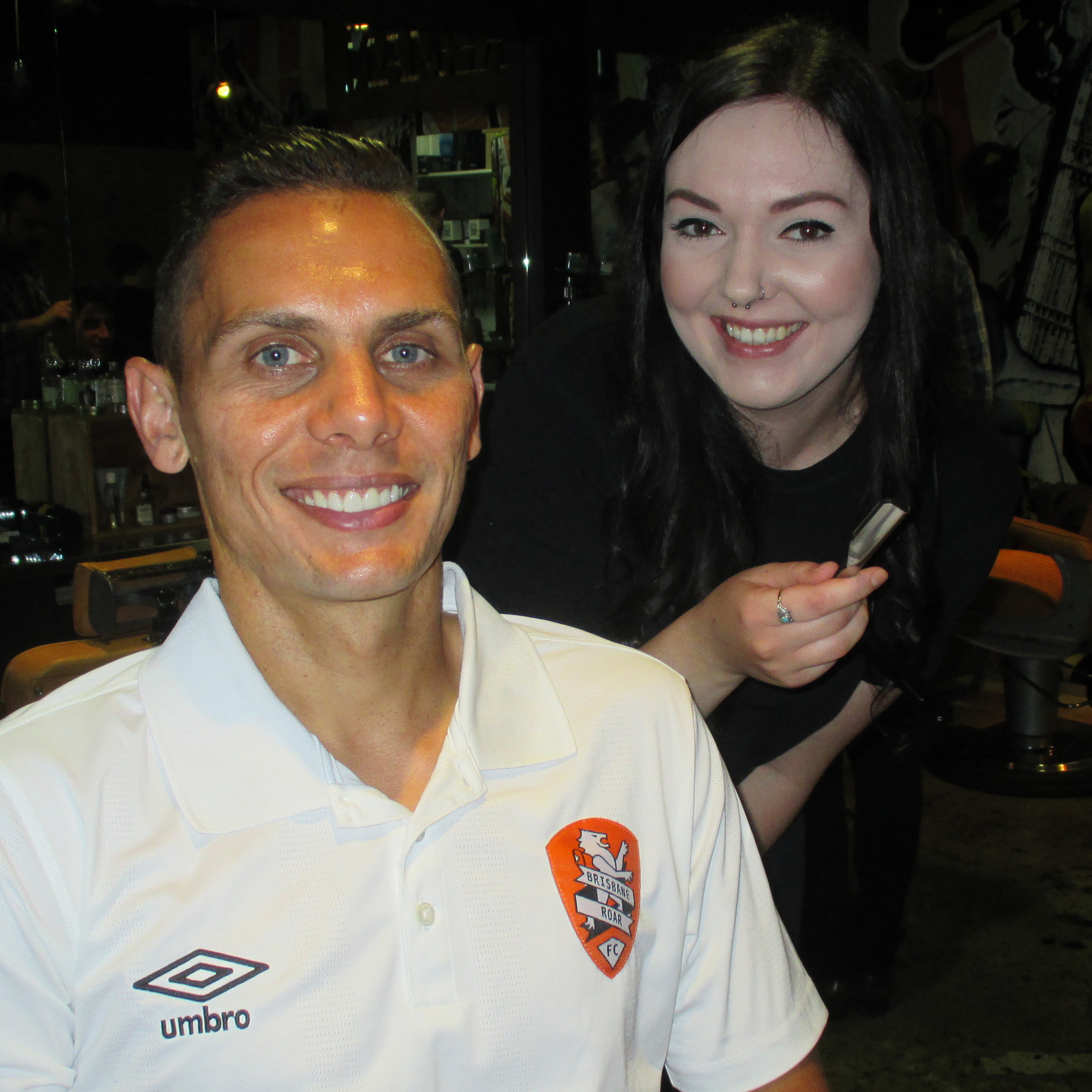 Paul Villanti, Movember Foundation’s Executive Director, says all Australians can help change the face of men’s health by committing to grow or support the moustache for the 30 days of Movember.

“The Movember moustache acts as a hairy billboard for men’s health, encouraging blokes to get talking and taking action when it comes to their health,” Villanti said.

Since Movember’s inception in 2003, almost five million Mo Bros and Mo Sistas have supported the moustache and men’s health, raising $685 million for 1000 men’s health programs in 21 countries across the globe.

Brisbane Roar FC is a proud supporter of the Movember Foundation. Join our Movember Team by clicking here.