We want to win everything: Mauk

Hyundai A-League season 2018/19 is still a matter of months away, but the hunger for success at BRFC is clear according to new signing Stefan Mauk.

Mauk, a 15-time Olyroo, joined the Roar on a long-term contract in the off-season following a stint on loan at fellow Hyundai A-League club Melbourne City from Dutch outfit N.E.C.

The 22-year-old midfielder was a member of Adelaide United’s championship-winning squad in 2016, and says the desire within the squad to be the best in the land is clear.

“We want to win everything, that’s been the objective from the first meeting. All the players and coaching staff sat down and [Head Coach] John [Aloisi] said, “these are the trophies that are available and we want to win all of them”,” Mauk said.

It’s been a seamless transition into Roar orange for Mauk who was impressive in his club debut in last Wednesday’s opening pre-season clash against Logan Lightning FC. 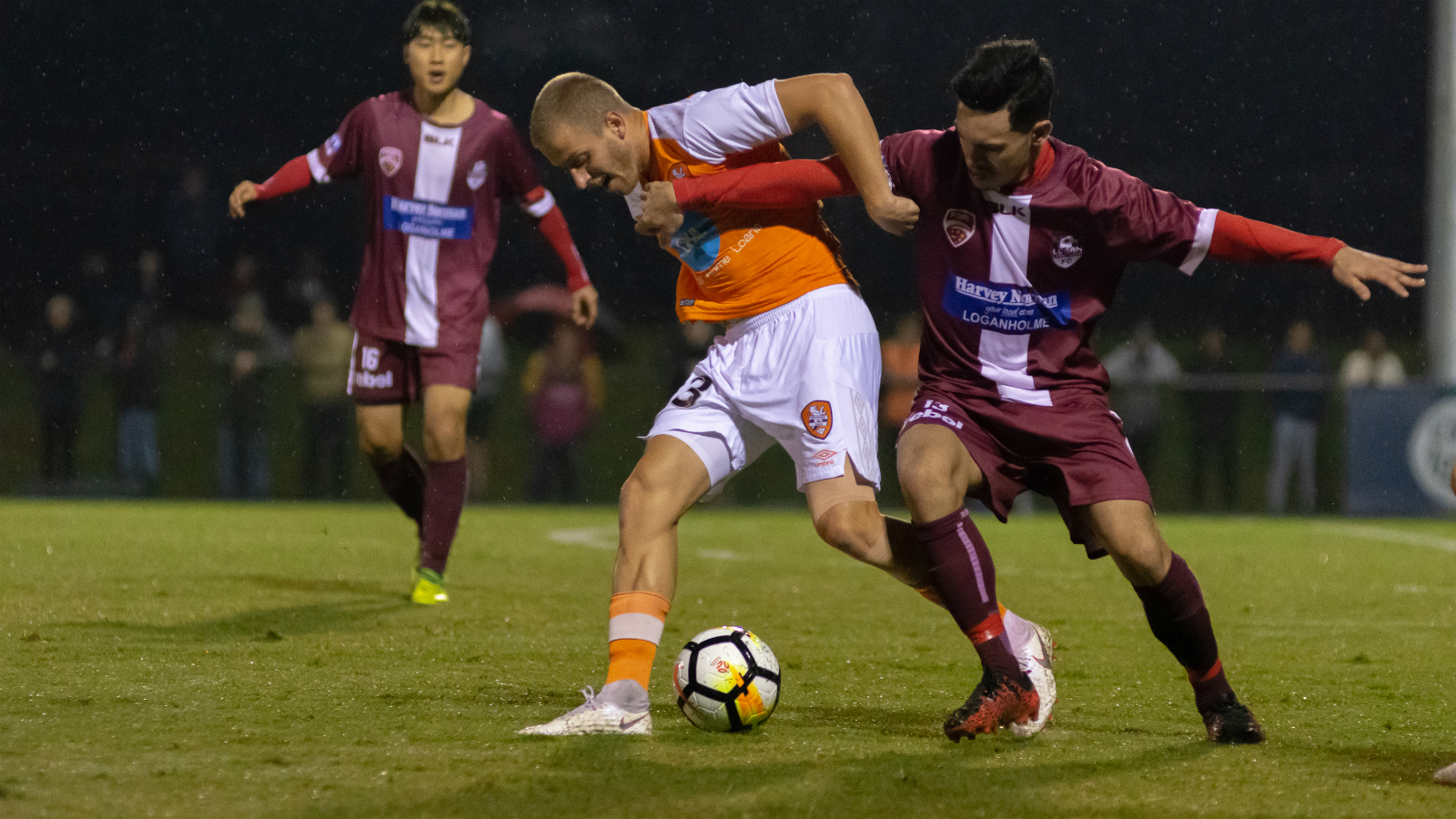 “All the players and staff have been great, and the new facilities are terrific – it’s everything you can really ask for as an athlete and I’m looking forward to the coming season,” Mauk continued.

“Training is one thing but playing is what we want to do as players. It was good to get some minutes into the legs last week.”

The Roar have their attention squarely focused on next month’s FFA Cup Round of 32 clash against Melbourne City, one of Mauk’s former clubs, following the confirmation of match details on Monday.

The two sides will meet for the first time in the FFA Cup at Redcliffe’s Dolphin Stadium on Tuesday, 7 August (7:30pm). Tickets will be on sale next week through Oztix.

It will be Mauk’s second trip to Redcliffe in as many seasons after featuring in City’s Round of 32 win over local side Peninsula Power last season.

The Roar will have almost two months of an intense pre-season schedule under their belts by the time that fixture rolls around, something Mauk believes could be a potential trump card for his new side.

“We’ve started our pre-season very early in comparison to the other teams so hopefully that shows in the first game, and even though it’s still a month away, we’re all very eager to get out there,” Mauk concluded.

“I always like playing against my old teams. They’re a quality opposition and it’s good to play the best teams possible during pre-season.”