Latest signing Brett Holman has been welcomed to the River City with a trip on the Brisbane Roar FC City Cat along the Brisbane River.

The Australian international arrived in Brisbane yesterday and says he relied on a gut feeling when making his decision to sign for the Roar.

“There are a lot of factors to consider, having a young family now as well. Everything has to come together but Football is number one and as a footballer it will stay like that.” Holman said.

“There’s been conversation between the club and I for some time now and my gut said that this was the right move for me.

“A lot of footballers know that you need to have a gut feeling about what sort of moves you make.” 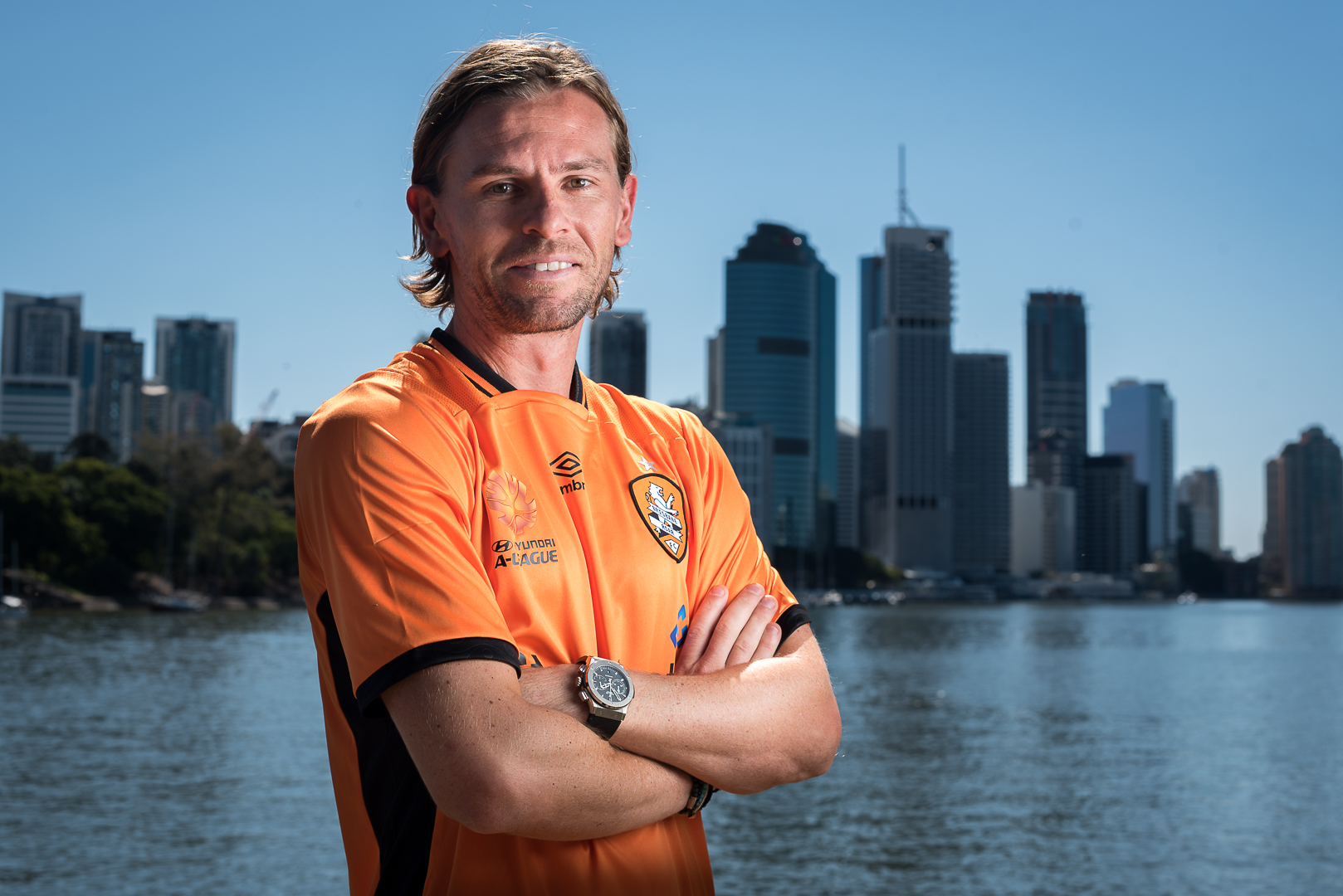 Holman says his relationship with Head Coach John Aloisi, his former national teammate, was influential in luring the attacking midfielder.

“I knew him as a player and the player that he was,” he said,

“I did see a lot of the back end of last season and it showed just what kind of coach he is and how it rubs off on the playing group.”

Holman brings a wealth of experience to the Roar squad following a successful career in Europe playing top-flight football in both England and Holland at Aston Villa and AZ Alkmaar.

Additionally, he’s played 63 times for the Socceroos including two goals at the 2010 FIFA World Cup, most memorably a 25-yard screamer against Serbia. 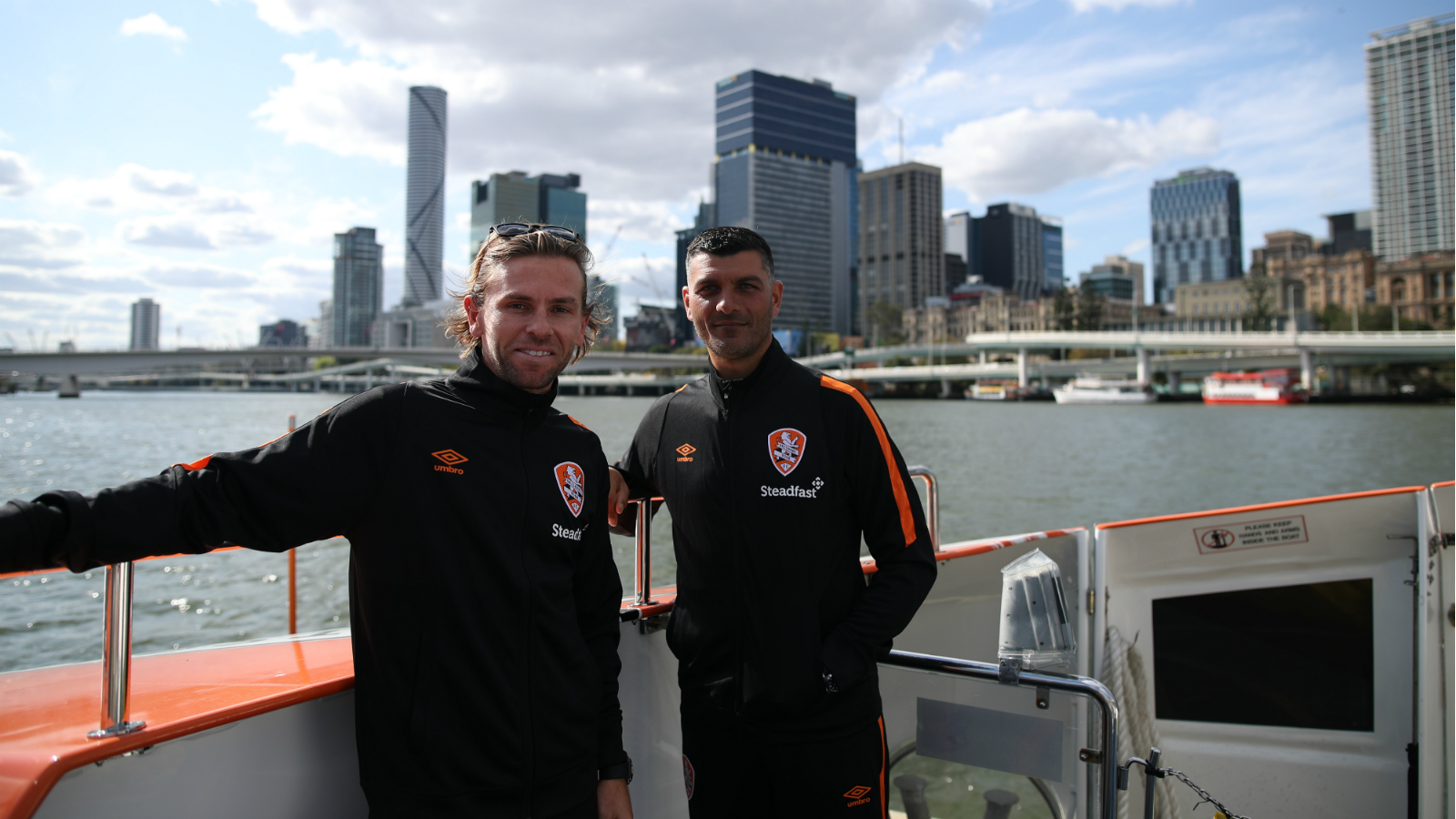 Aloisi believes his experience and quality will be of great value to his squad.

“I’ve known Brett for a long time, firstly as a player so I know about his quality,” Aloisi said,

“His quality is going to only help us on the pitch, help the young players improve and that’s why we went so hard to bring him to the club.

With the beginning of the Hyundai A-League season less than five weeks away, Holman is ready and willing to assist the squad in any way possible.

“At the end of the day it’s a team sport so there are times when you have to give up your favourite things and favourite positions, and to sacrifice your own game,” he said.

“That’s what team sports are about and that’s what I’m looking forward to – getting on the park and helping my new teammates.” 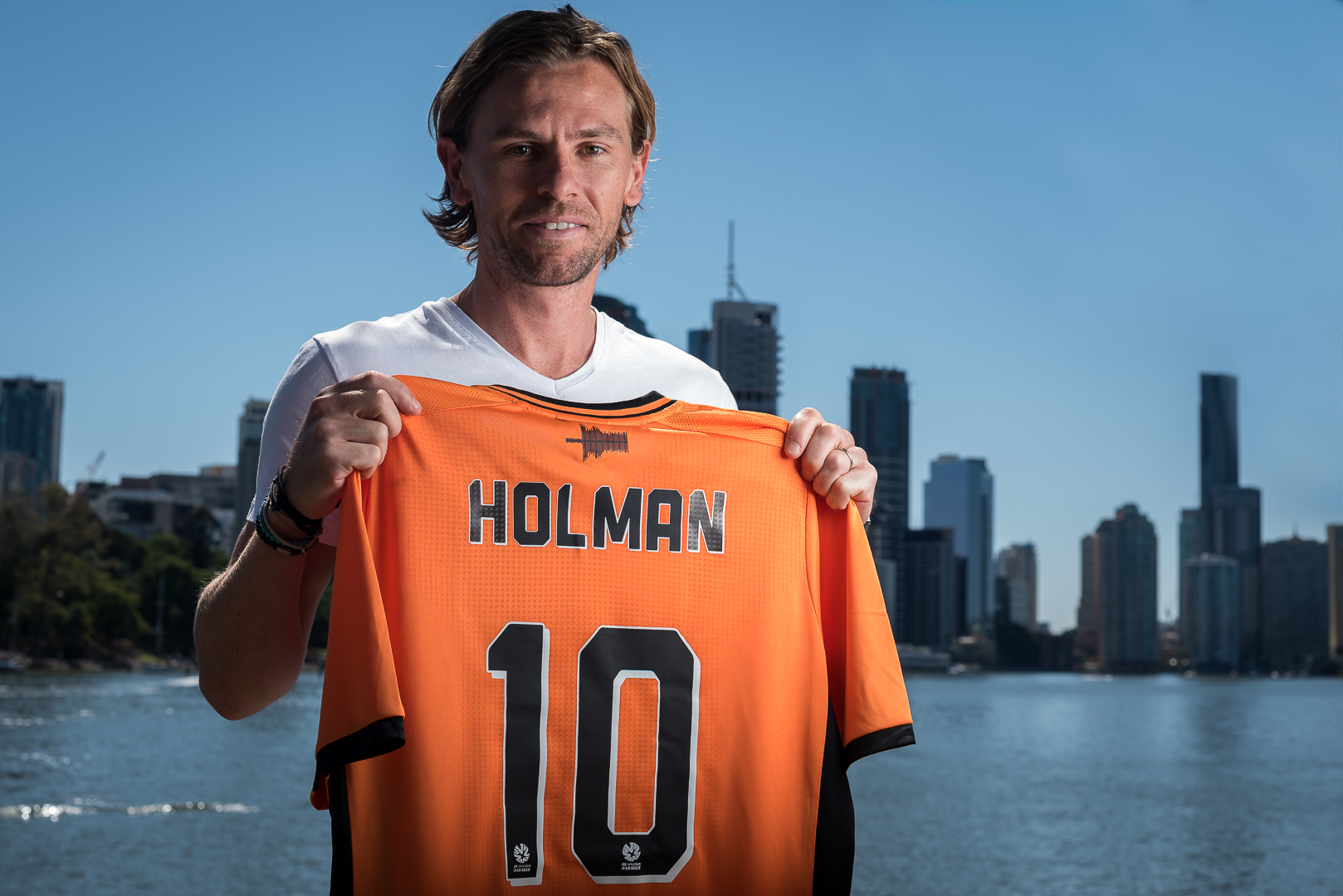 The experienced attacking midfielder says that he’s excited with the opportunity to partner with Brisbane’s midfield maestro Thomas Broich.

“I’ve only heard good things and he’s been great for the A-League,” Holman said.

“He’s been a one-club man and he’s done some terrific things for Brisbane.

“It will be nice to meet him first and foremost and then get on the pitch with him.”

Brisbane have two pre-season exhibition matches remaining, the first to be played against Central Coast Mariners at Spencer Park on Saturday, 10 September.

Aloisi is hoping to give his new signing some match practice before the beginning of the season, but is focused on preparing him for the October 7 season opener against Melbourne Victory.

“He’s used to having short pre-seasons in Europe, his body will be used to that,” Aloisi said.

“Hopefully we can use him in one or two friendly games and then he’ll be ready for the start of the Hyundai A-League season.”