The 24-year-old from the Gold Coast has signed a two year-deal with the German Women’s Bundesliga club.

The Westfield Matildas holding midfielder was offered the contract after her brilliant displays at the FIFA Women’s World Cup where the Australians reach the quarter-finals, losing on a heartbreaking last-minute goal to Japan.

Kellond-Knight was arguably the Matildas’ best in Canada, claiming back-to-back player of the match awards in the games against Sweden and Brazil.

“It’s a fantastic opportunity for KK and it’s a great reward for her performances from the World Cup,” said Wilson from Canada, where she is attending a FIFA course in association with the final stages of the World Cup.

“She will be missed as she has been a foundation member, but to be given such an opportunity to play as a professional player in one of the best leagues in the world is an awesome opportunity.

“All players seek to be a professional player and that is what we are needing to strive for in Australia.

“KK has the opportunity to focus 100 per cent on her football and that will only further her development as a player.

“We wish her all the best and we will follow her new career with interest.”

Kellond-Knight is currently on a short break after World Cup, but tweeted her excitement over the new phase of her career.

“Super excited to be joining FFC Turbine Potsdam! One door closes and another opens, right?” she wrote. 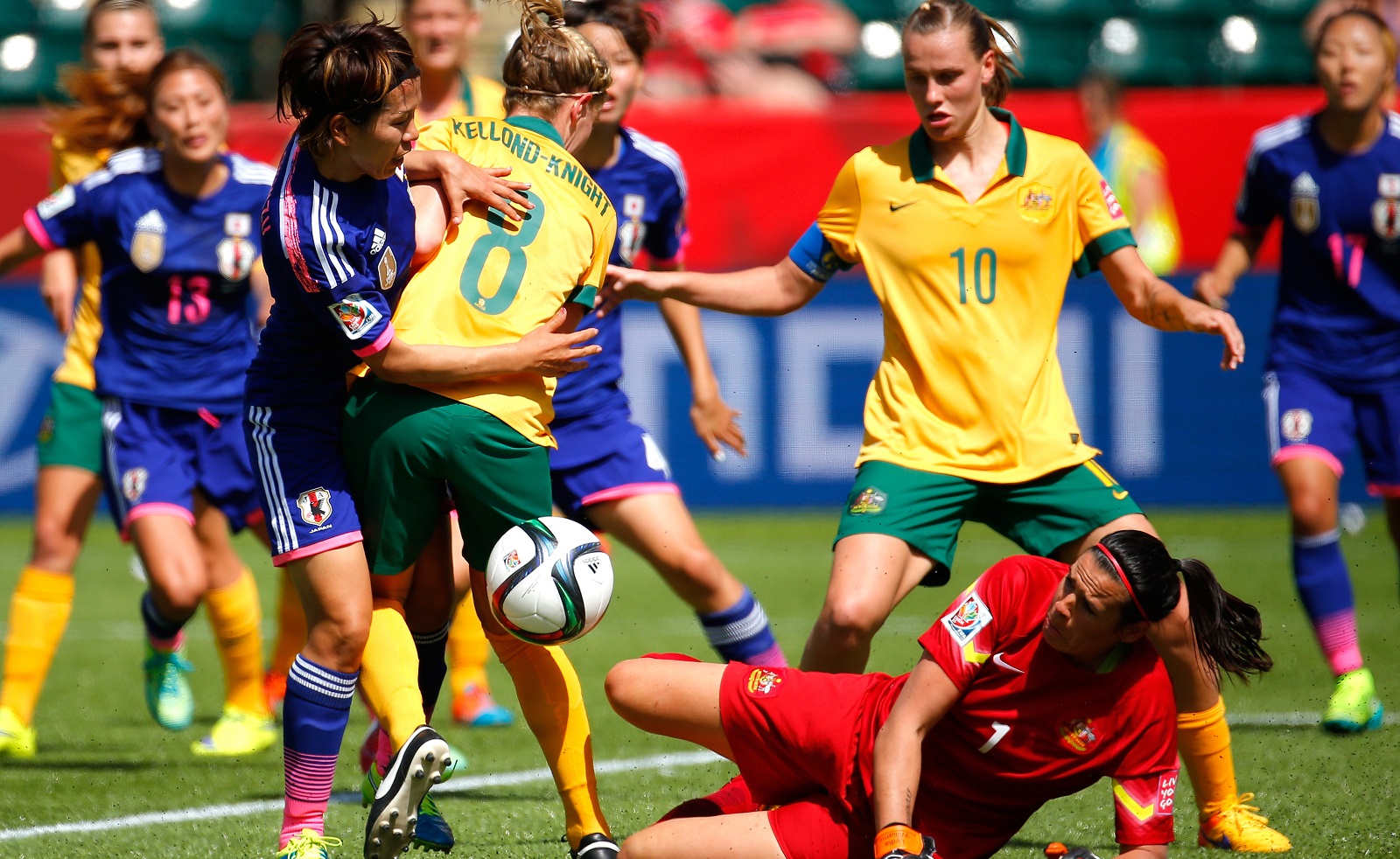 It is the second overseas stint for the midfielder, who now has 60 caps for the Matildas.

She had a stint with Danish club Fortuna Hjørring after the 2011 FIFA Women’s World Cup in Germany but had to return home after she tore an anterior cruciate ligament.

Potsdam coach Bernd Schröder was clearly impressed by what he saw from Kellond-Knight in Canada and described her as “a real firecracker”.

“Despite her young age, she is already a very experienced player,” Schröder said.

“She has the football skills and attitude to be an absolute [key] player with us.”

Kellond-Knight is expected to link up with her new club later this month to start training for the new season. FFC Turbine Potsdam finished third last season.