Brisbane Roar will take on Perth Glory in the Westfield FFA Cup Round of 32 at Ballymore Stadium on Wednesday 10 August, kick off 7:30pm.

The clash at Herston will be the Roar’s first FFA Cup fixture in Brisbane and will take place on matchday 4 of the FFA Cup’s Round of 32.

The other three matches scheduled for the opening night on Wednesday 27 July 2016 are also all-Member Federation encounters.

Blacktown City will be hoping to make it third time lucky and progress past the Round of 32 for the first time when they take on Mark Rudan’s Sydney United 58 FC, whilst North Queensland’s FNQ Heat are at home to Edgeworth Eagles, and the Northern Territory’s entrant Rovers Darwin FC entertain Brisbane Strikers at the Darwin Football Stadium.

Other matches on 2 August include Western Sydney Wanderers FC locking horns with Wellington Phoenix at Campbelltown Stadium in Sydney’s west, MetroStars taking on 2014 semi finalists Bentleigh Greens at Elite Systems Football Centre, and Floreat Athena hosting arguably the biggest game in their history when they welcome Melbourne City FC to the west.

Then the following night on Wednesday 3 August, FOX SPORTS will broadcast all the action from Brisbane’s Perry Park as PlayStation 4 NPL Queensland outfit and Round of 32 debutants Redlands United face reigning Hyundai A-League champions Adelaide United.

The final Round of 32 match day will be on Wednesday 10 August and feature the highly anticipated showdown between Wollongong Wolves and Sydney FC in front of what is expected to be a bumper crowd at Wollongong’s WIN Stadium.

Brisbane Roar FC will clash with Perth Glory at Ballymore, Lambton Jaffas make the visit to Valley Road to take on Devonport Strikers in Tasmania and Melbourne Knights are at home to WA’s Cockburn City to round out match day four fixtures. 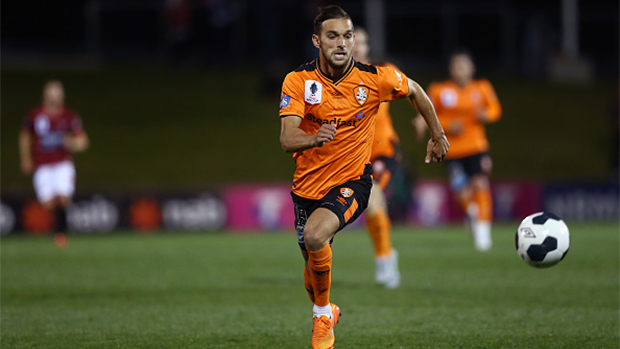 As well as broadcasting one match live and exclusive in full on each match day, FOX SPORTS will also LIVE stream and provide updates and crosses of all other matches.

Ticketing information for each of the Westfield FFA Cup 2016 Round of 32 matches will be released soon by each home club. Please visit  www.theffacup.com.au  for further details.

Note: Details of fixtures are subject to change