Roar Head Coach John Aloisi said securing Young for two more seasons was another key boost to the re-building of the club as he seeks to ensure at least two high-quality players are competing for every position in the Starting XI.

“He is a Brisbane boy who loves the club and what the Roar stands for.

“We rate Jamie highly as a professional and as a goalkeeper and we look forward to his ongoing contribution to the long-term future we are building at the club.”

Young, 30, has played 37 Hyundai A-League games for the Roar over the last two seasons and 44 appearances across all competitions.

He started in 13 consecutive games this season from Round 3 until last weekend when he sat on the bench against Adelaide United with Michael Theo recalled after completing his rehab from a quad muscle injury. 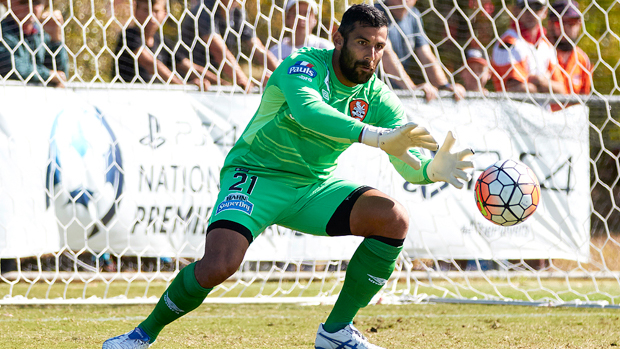 Young said the competition for the goalkeeping starting spot was bringing out the best in both keepers and was one of the reasons he re-signed with the Roar.

“With playing the games I’ve had, it was a no-brainer, it’s the icing on the cake,” Young said tonight.

“It secures my future and the confidence that the club has invested in my career is so positive.”

Young praised Roar goalkeeping coach Jason Kearton and the support and competition from Theo for helping him take his skills to new levels.

“Jason has spent countless hours just tweaking my game . . . I think we can all agree that has paid dividends,” Young said.

“This (new contract) means I can spend more time at this club and I believe every day is a new step and a new progression.

“I always attack each new day wanting to improve. I just want to sap the very most out of my career and I am so glad and thankful for those who have spent time and effort investing in my career.

“I feel really fortunate that I am at a club I really enjoy and especially playing with the players we have and the style of football that we play.”