The Young Roar jump the Reds into second place in Conference A of the Foxtel NYL, with a game in hand on table-toppers Melbourne City.

Head Coach James Robinson was pleased to record back-to-back victories and says the match will provide a great learning experience for his young side.

“There’s a lot of learning to come from this game but that’s what the process is about, developing these players up to a first team standard,” he said.

“That’s part of the process. We’ll review the game, address key areas and keep building. It’s a good thing because we want all the boys playing first-team football.”

The visitors started on the front foot and created the better of the chances in the opening stages before Nick D’Agostino converted from the penalty spot to give the hosts the lead.

The Roar controlled the remainder of the first period and added two more goals through D’Agostino and Joey Katebian who extended the Roar’s lead to three on the stroke of half-time.

Adelaide pulled a goal back through an acrobatic attempt from Benjamin Warland before his second reduced the margin to one goal.

Brisbane were forced to withstand an onslaught from Adelaide as time wore on but maintained their ascendency to record their second consecutive Foxtel NYL victory. 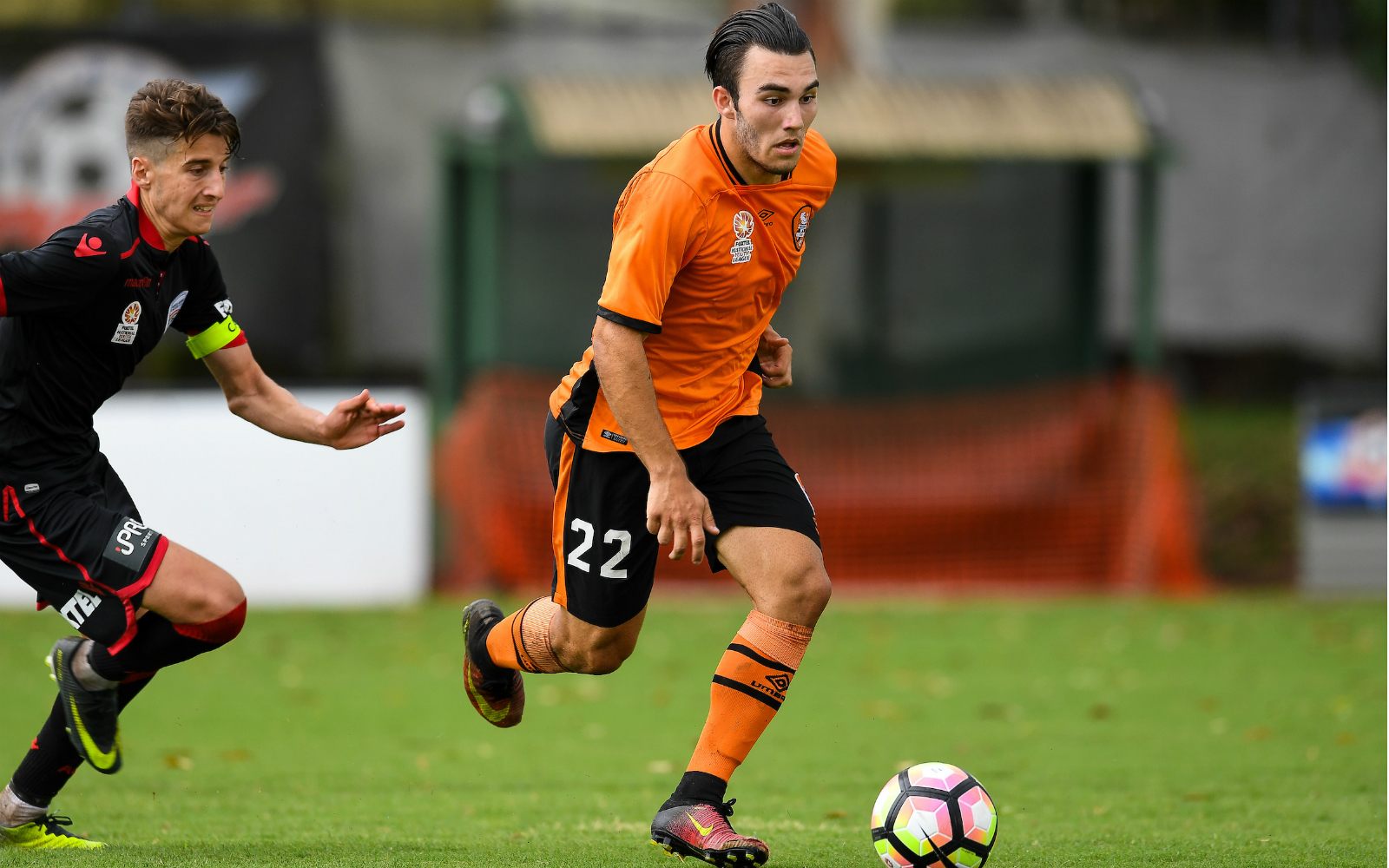 7’: CHANCE ADELAIDE: Ryan Strain manages to create space outside the area but unleashing with a dipping effort from distance that beats Jannese but rebounds back into play off the crossbar.

15’: GOAL YOUNG ROAR: Barnstorming run down the right flank from Shannon Brady sees the Young Roar break into the area before intricate footwork in the area from Nicholas Panetta ends in a handball from the visitors and the referee points the spot. Nick D’Agostino buries the penalty down the middle with conviction. 1-0

17’: CHANCE ADELAIDE: Whipped cross from the left wing lands in between the goalkeeper and the Young Roar defence where Benjamin Warland blasts over the bar from point-blank range.

22’: CHANCE ADELAIDE: Zak Waters fires a cross into the area from the left wing right on to the head of Joshua Mori who thunders a header into the cross bar which somehow doesn’t cross the line.

23’: GOAL YOUNG ROAR: Joey Katebian opens up space and attempts a curling effort, looking for the bottom corner. Reds Keeper Daniel Margush can only parry the shot into the path of D’Agostino who is left with a simple tap-in. 2-0

27’: CHANCE ADELAIDE: Marc Marino attempts to curl one inside the far-post with a first-time effort but his shot goes narrowly wide.

36’: CHANCE YOUNG ROAR: Brady switches to Katebian in space on the left wing. Katebian slides a low cross towards goal which D’Agostino latches onto before hitting the base of the right post with an audacious attempt.

45+2’: GOAL YOUNG ROAR: Katebian latches on to an inch-perfect switch and bursts towards goal with a first touch off the chest before sliding in the Young Roar’s third goal on the stroke of half time. 3-0

51’: CHANCE YOUNG ROAR: Nathan Konstandopoulos holds off a couple of defenders before rolling a ball into the path of D’Agostino who puts his laces through a shot, forcing a great reaction save from Margush. 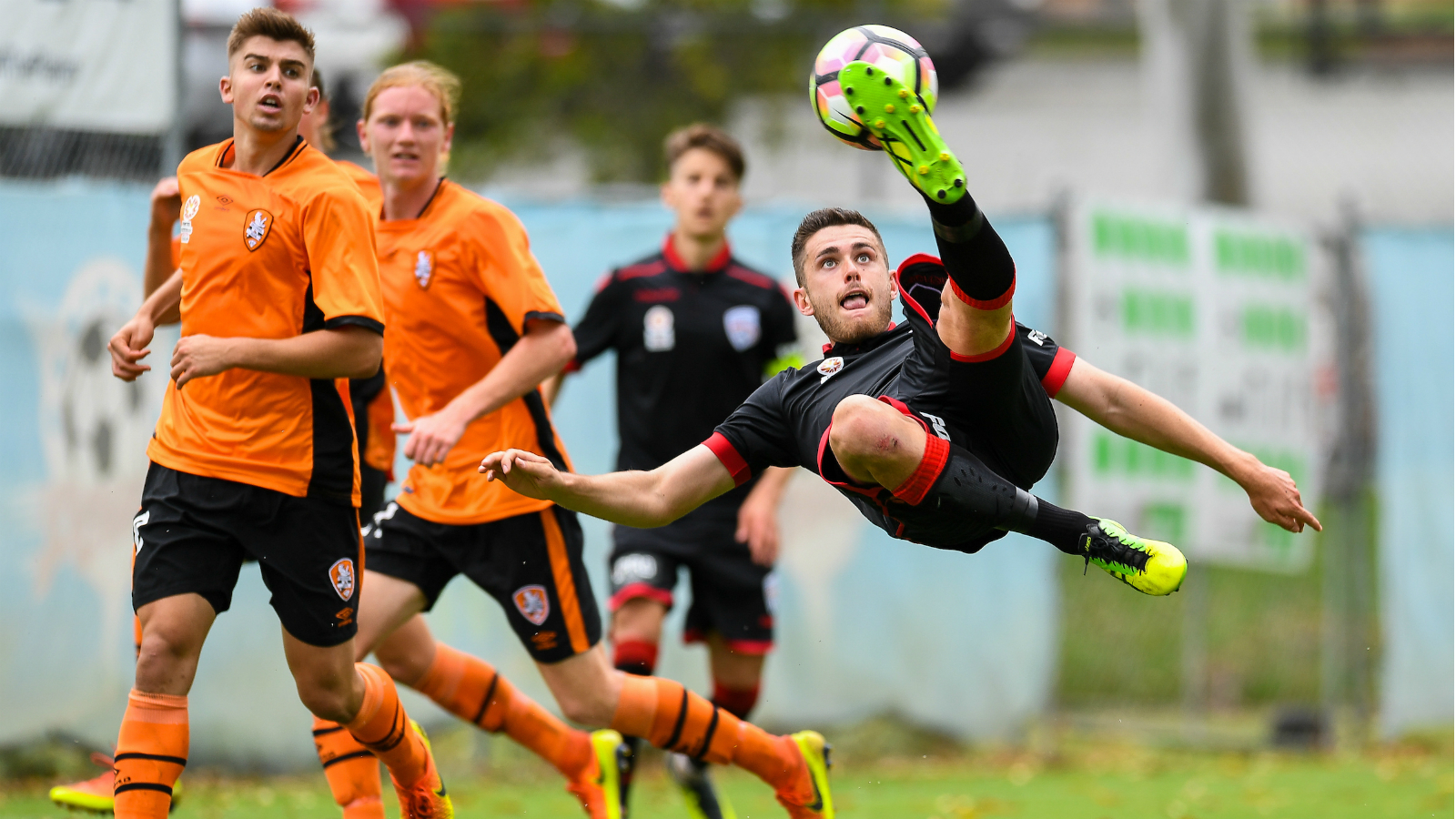 52’: GOAL ADELAIDE: Andre Jannese comes out for a Reds free kick but can’t clear the danger. The ball falls to Warland who finishes acrobatically from the edge of the six-yard box. 3-1

69’: CHANCE ADELAIDE: Joshua Mori has an attempt from distance that skids just wide of the left post and an outstretched Jannese.

82’: PENALTY ADELAIDE: Anthony Dimas is fouled in the area and the referee points to the spot. Up steps Marc Marino who can’t fool Jannese and the keeper saves low to his right.

83’: GOAL ADELAIDE: From the resulting corner, Ben Warland heads home to reduce to margin to a goal. 3-2

85’: CHANCE ADELAIDE: Errand clearance from the Young Roar defence allows a shot from close-range for the Reds which Jannese does well to come off his line and smother.

Brisbane Roar Youth Head Coach JAMES ROBINSON: “The Brisbane Roar way is to play for 95 minutes and that’s what we need to strive for. Even when we’re up 3-0, the boys need to learn how to control the play, change the tempo and dictate the match.

“You have to have that relentless mindset. Address what you did well but then be realistic that when you’re up 3-0, they’re going to throw a little more at you and there are certain key areas you need to have a hold on.” 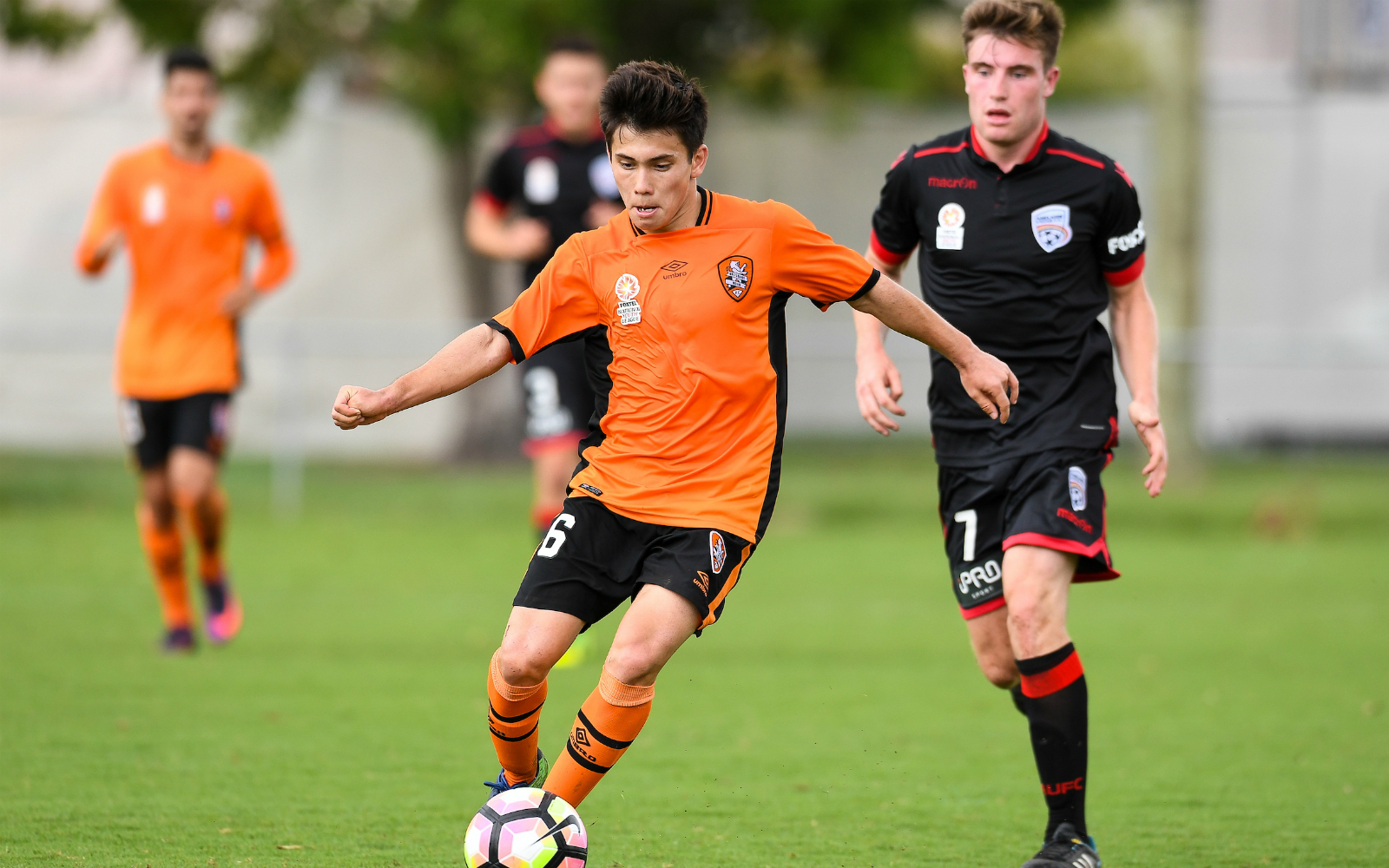 The Young Roar travel to Melbourne to face the Victory on Sunday, 18 December (2:30pm KO QLD time). The last time the sides met was in Round 1 where the Young Roar recovered from a 3-0 half-time deficit to record an incredible 3-3 draw. 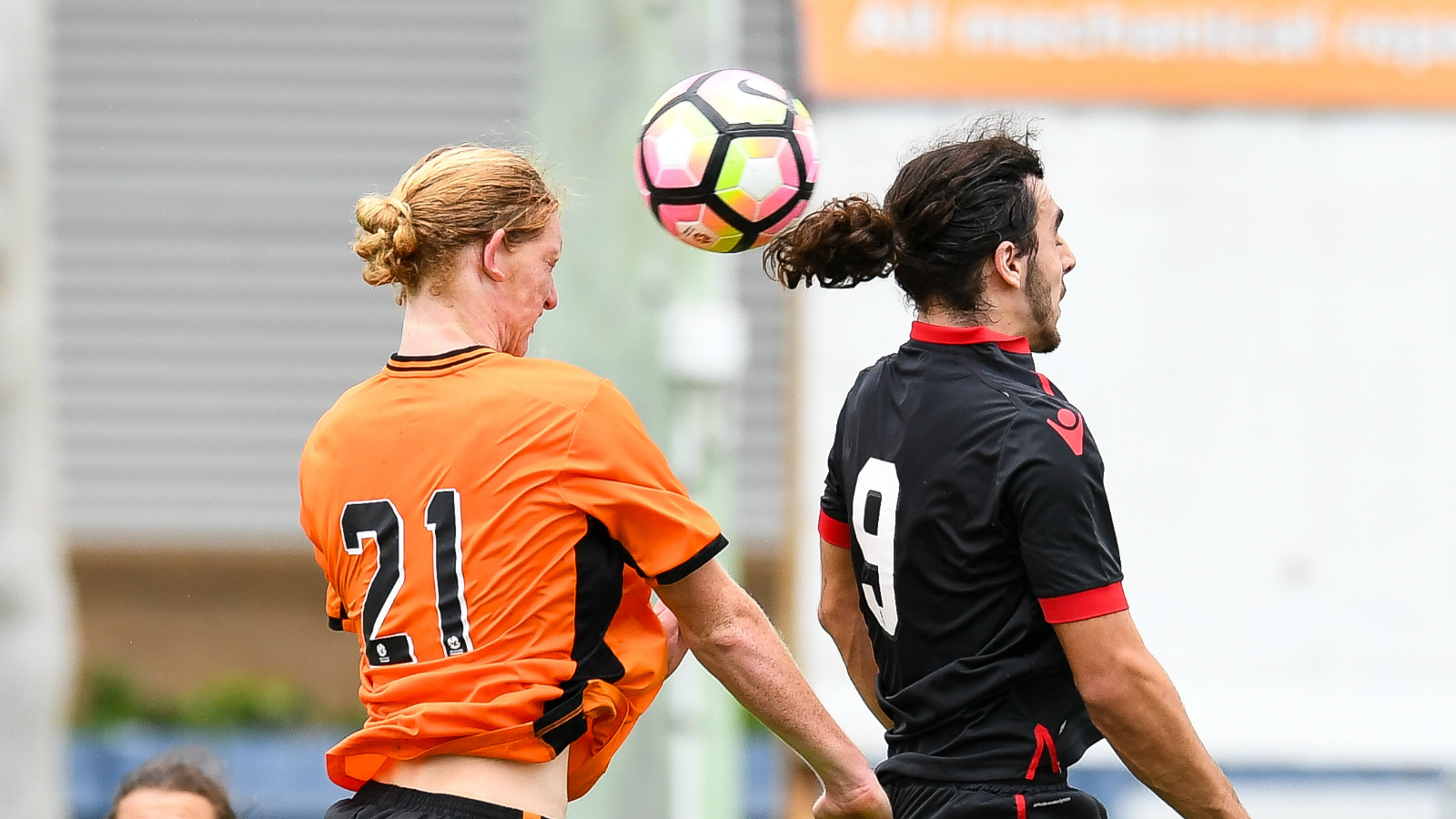