Brisbane Roar have secured their first win of the Foxtel National Youth League campaign in scintillating fashion with a dominant 6-0 victory over Perth Glory on Sunday.

Three goals either side of the half-time break saw the Roar breeze past Perth Glory on their home turf, maintaining the side’s unbeaten start to the Foxtel NYL season.

Coach James Robinson was pleased with his side’s ability to continue their form from last week’s incredible comeback.

“It was a continuation of last week’s second half performance and full credit to the players for the continual improvement,” Robinson said.

“We executed our plan and were relentless in our approach to keep a clean sheet as a team.”

Mark Rodic (below right) was the first to strike for the Roar, firing home after 16 minutes from close range after the Glory failed to clear a corner. 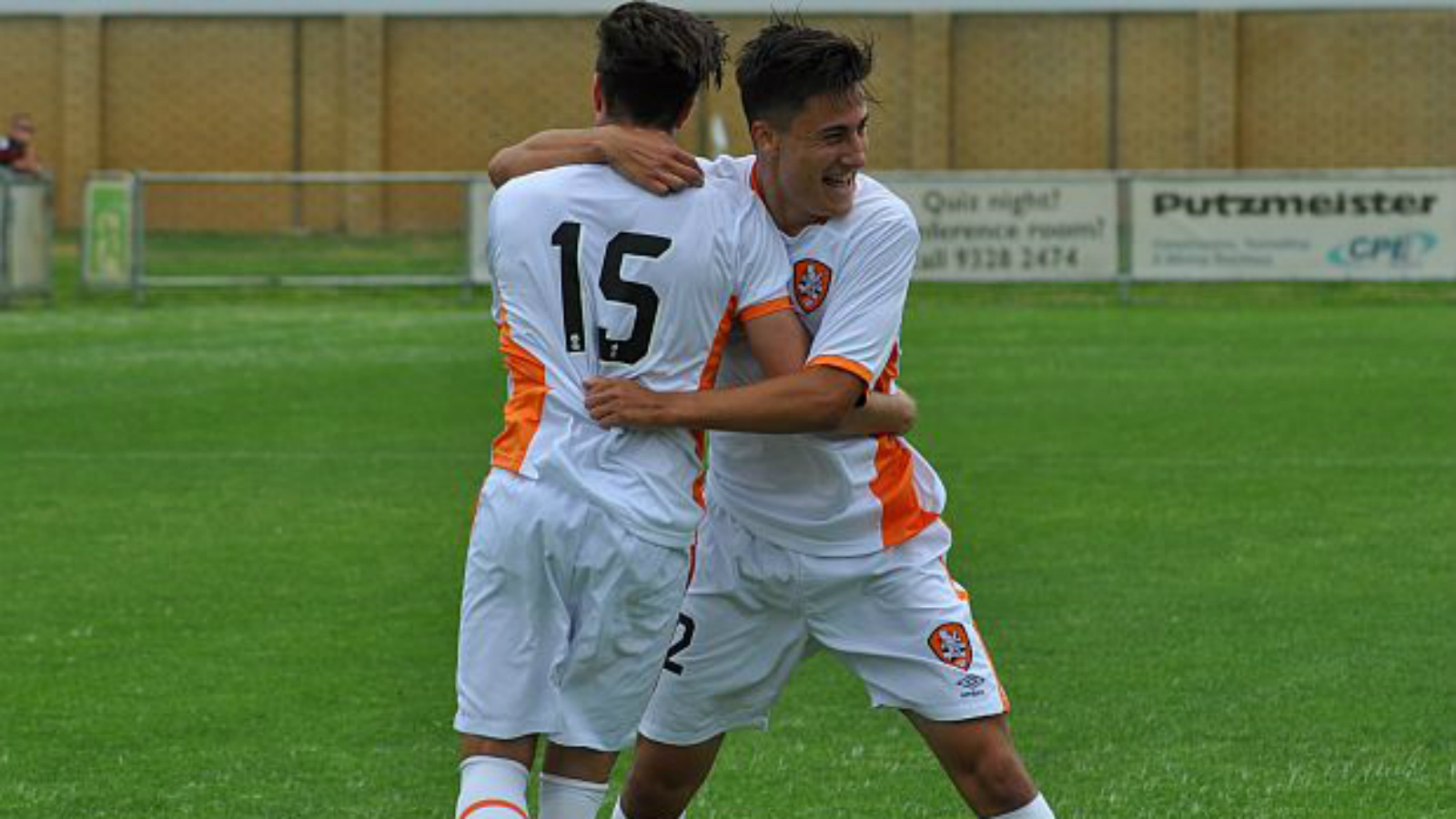 Joey Katebian took advantage of more poor defending from the home side on 34 minutes, burying the Roar’s second from the edge of the penalty area.

The Glory continued to work Roar goalkeeper Tomislav Bilic and his back four but it was the visitors who added another goal before the break with Shannon Brady benefiting from a Connor O’Toole assist.

After returning from a 3-0 deficit at half time last weekend against Melbourne Victory, the Roar weren’t going to let their dominant position slip.

The home side started the second period brightly before being reduced to ten men when Brandon Wilson received a second yellow card.

The Roar took advantage of their additional man-power, scoring another three goals in the space of 15 minutes.

Brady (below) provided an assist for Katebian’s second shortly after the hour mark before Nicholas Panetta scored Brisbane’s fifth, followed shortly after by a sixth from substitute Joseph Champness. 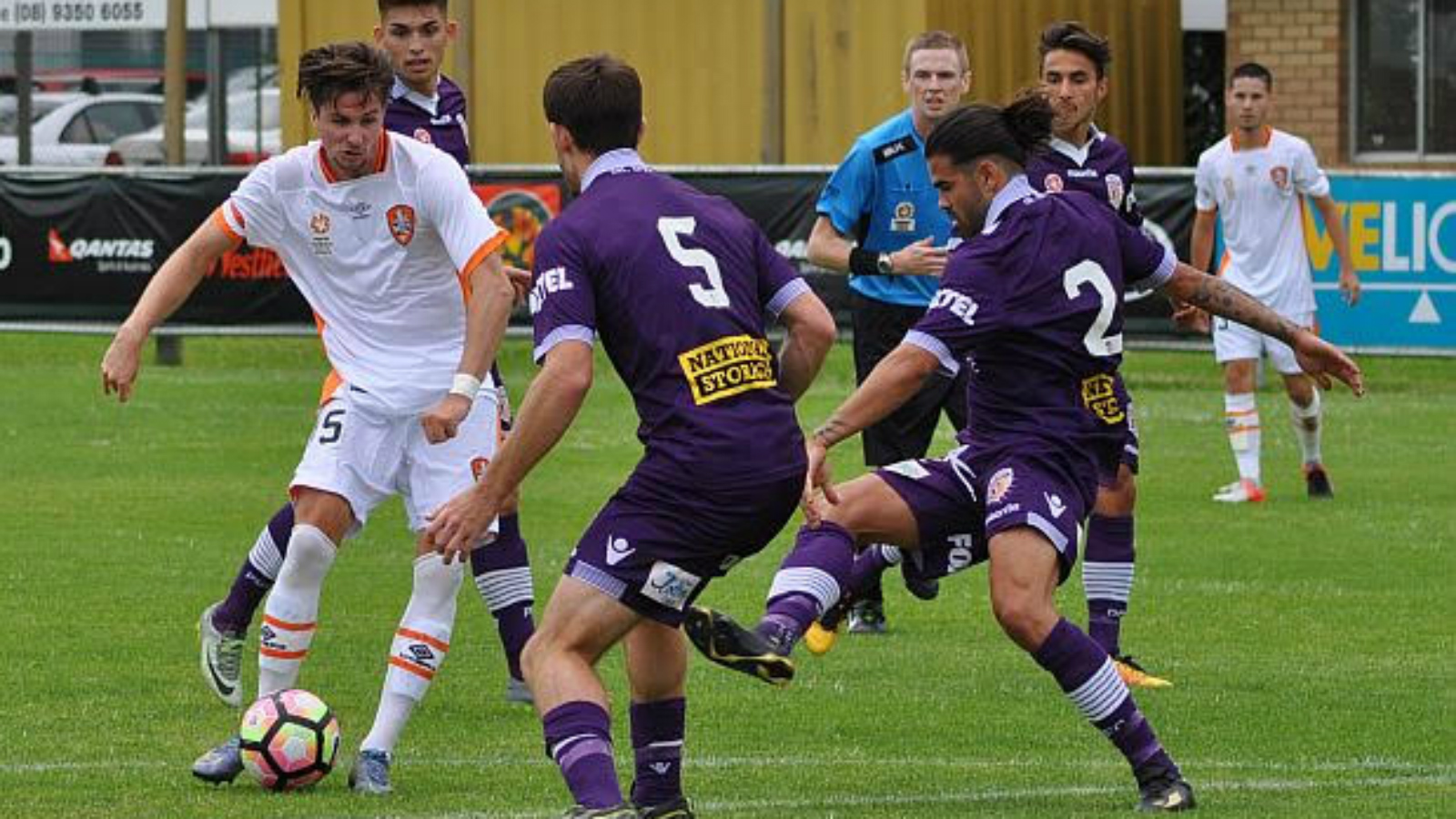 After dominating second half proceedings against Melbourne Victory in Round 1, the Young Roar have now scored 9 goals in their first two outings. Better yet, the goals have fallen to seven different goalscorers.

The Young Roar have the bye before consecutive home fixtures at A.J Kelly Park on Saturday, 3 December (2pm KO) against Melbourne City and Saturday, 10 December (10:30am KO) against Adelaide United. 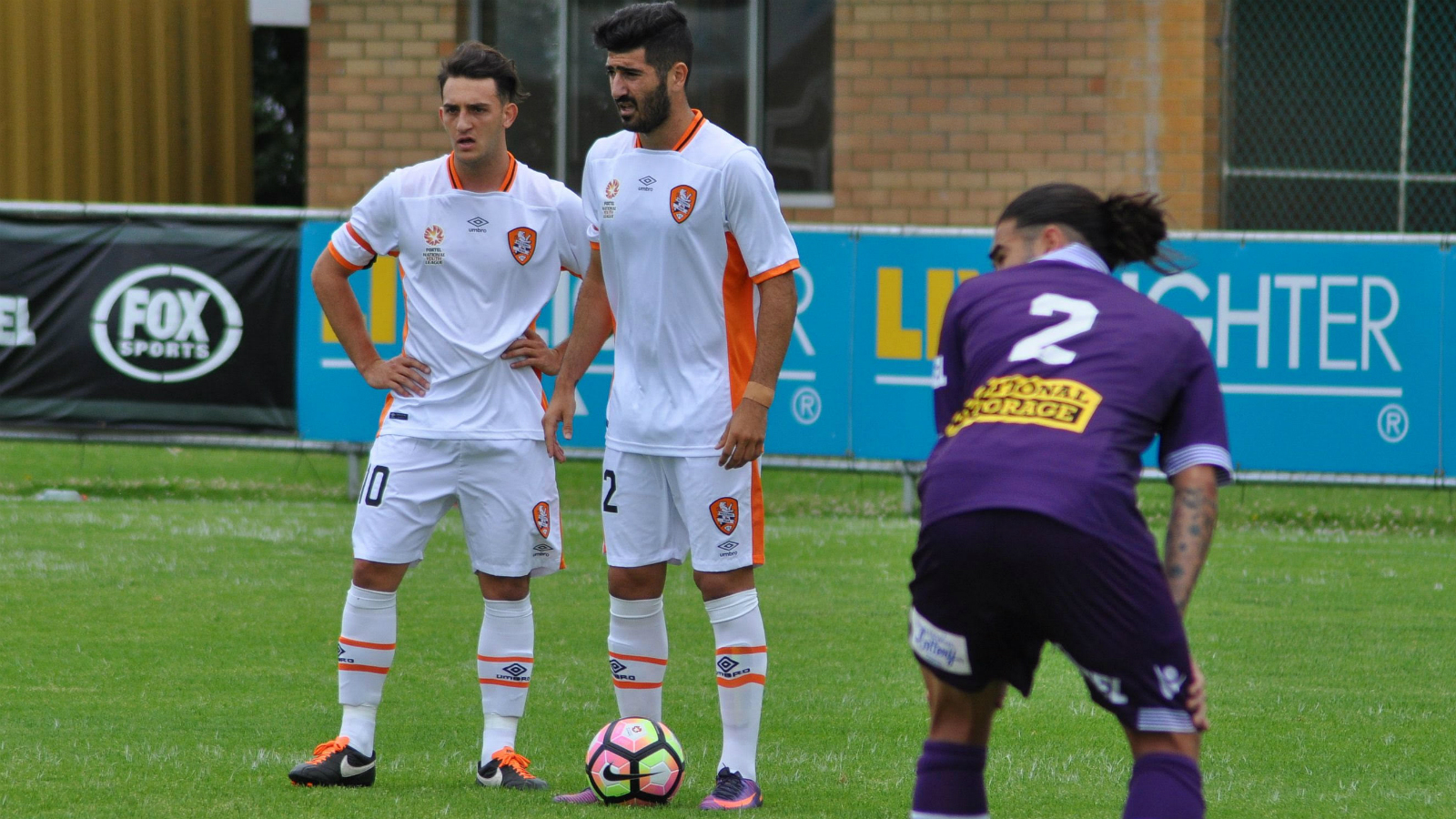 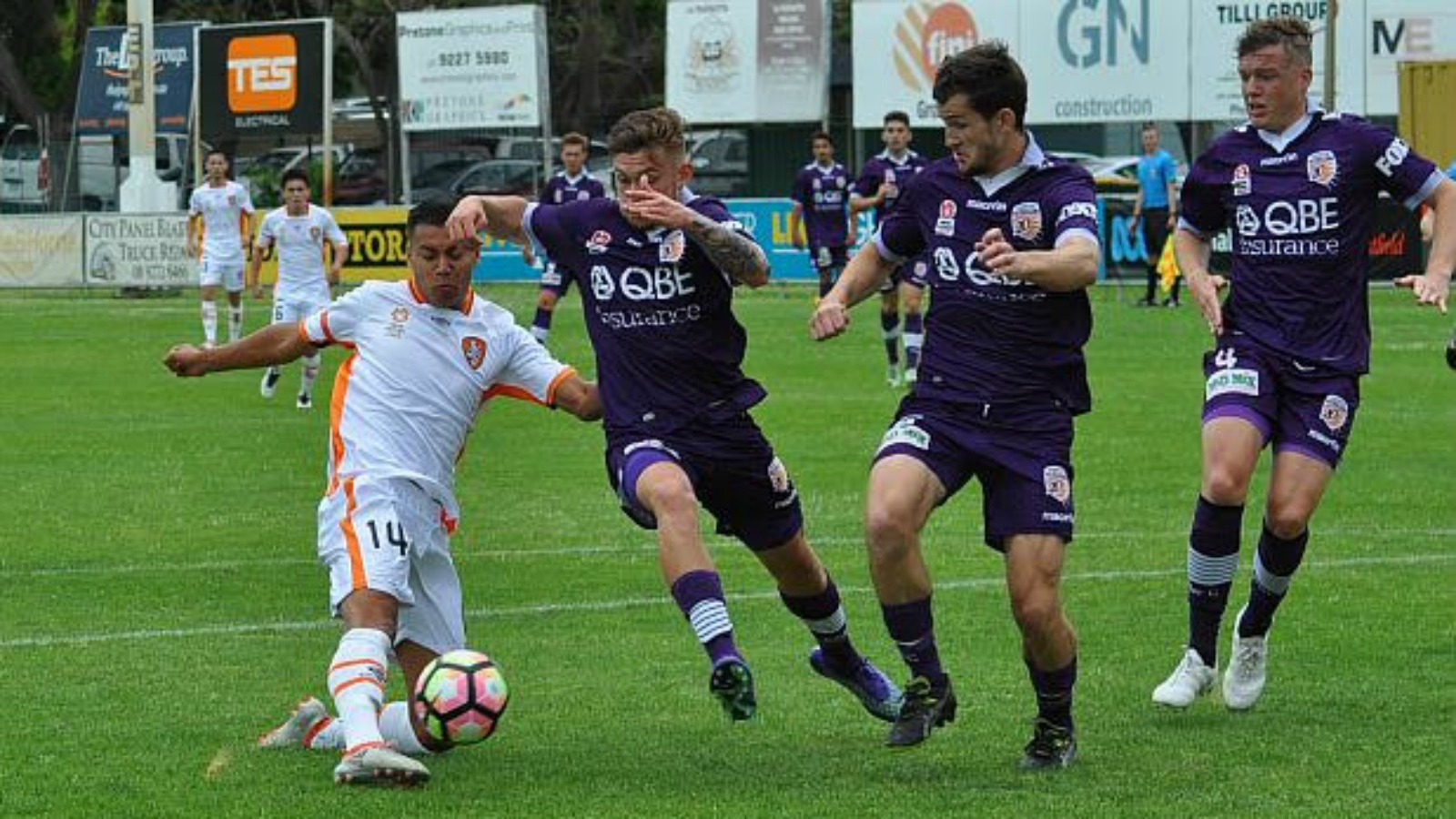