If the Young Roar need any inspiration for the coming Foxtel National Youth League season, they only need to review the first 44 minutes of their game against Palm Beach SC at Cleveland tonight.

And should they need any motivation to improve on last season’s NYL runners-up effort, they probably should review the remaining 46 minutes of their 3-1 loss to the Sharks in their final PlayStation4 National Premier Leagues Queensland game of 2015.

For all but the last minute of the first half, the Brisbane Roar Youth team were at their footballing best – playing sharp, pressing high and creating opportunity after opportunity, although wasting those chances would ultimately prove costly.

“The first 45 minutes was the best we played all season, it was absolutely outstanding. I was very, very happy,” Brisbane’s Youth coach John Sime said.

“Especially against a side that is playing in the FFA Cup next week. That was their full side and they paid us a compliment by playing against us with a full side.”

“We tired in the last 10 minutes . . . it was a physical game but a fair game . . . but it was very, very promising overall and made the season all worthwhile.”

Palm Beach had the first real chance of the game in the sixth minute when Young Roar keeper Tom Bilic used his legs to block a fierce shot from the Shark’s Roman Hofman, who was prominent all night and easily secured player of the match before being rewarded with an early substitution in the 64th minute.

But after that early scare, the Young Roar hit back and were at their attacking best. A Sam Sibatuara shot flew across the goalmouth in the 12th minute, Shelford Dais missed a sitter right in front eight minutes later, Adam Sawyer went close in the 26th and 38th minutes (the latter rattling the side netting) and Tommy Miller had the ball grabbed from his bootlaces by Sharks keeper Shane Vitakangas just as he was about to score in the 42nd minute.

But with the clock ticking down to the break, lanky Sharks winger Tim Jackson earned a corner. Palm Beach took it quickly and short and Florian Matk swept a cross to the far post where Jackson got the slightest of glances to head into the goal off the upright.

There wasn’t event time for the restart – and that moment probably summed up the Young Roar’s season.

Just when everything seemed to be going right, something unexpected happened and put them on the back foot. 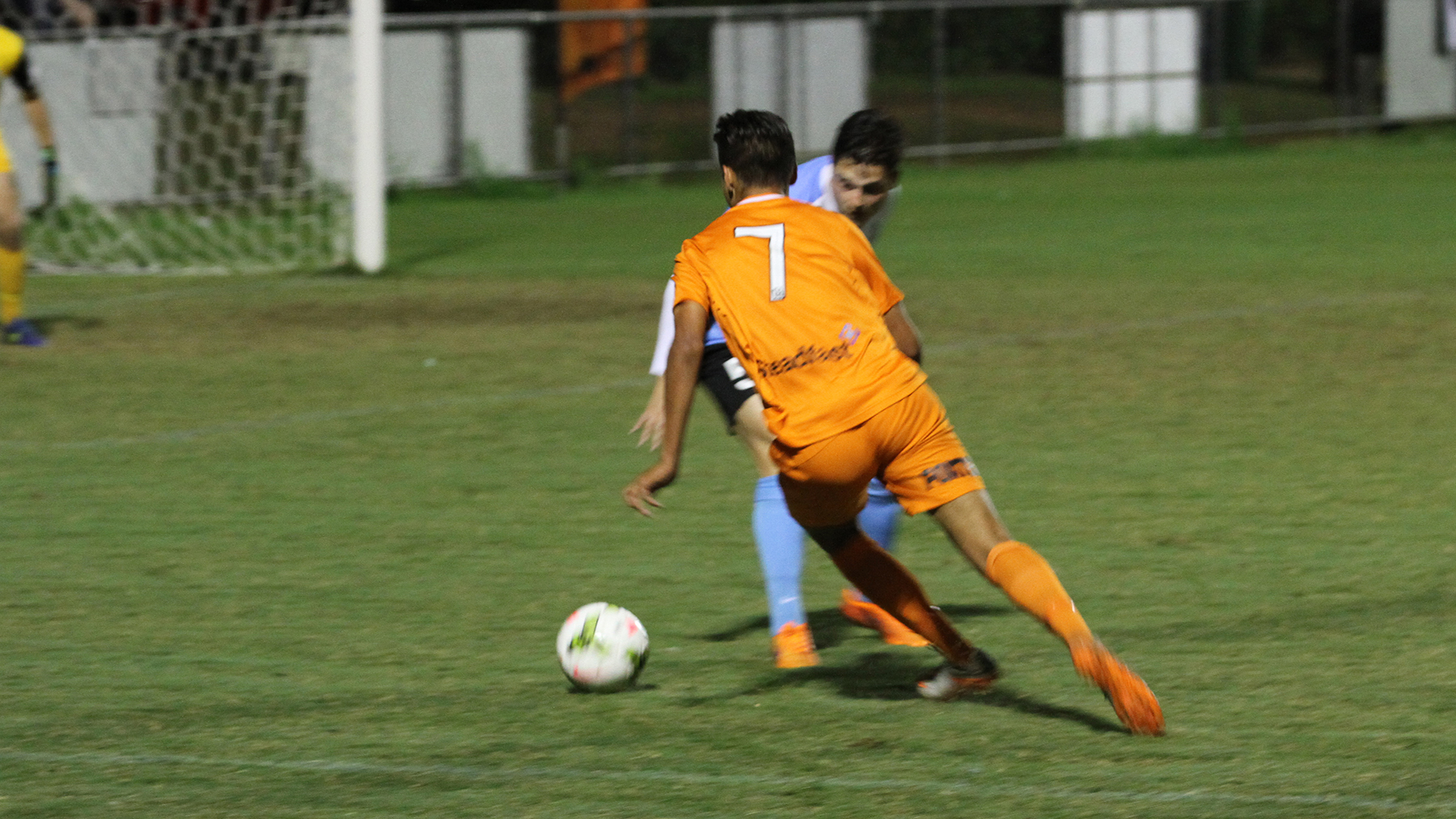 The second half went from bad to worse.

A penalty to the Sharks in the 61st minute was duly converted by Hofmann for 2-0 and by then the Young Roar had nothing to lose.

In the 72nd minute, the Young Roar’s Miller was upended in the box and Dane Ingham powerfully buried his spot kick to make it 2-1.

But with a chance to salvage something from the match, the Roar youngsters shot themselves in the foot.

In the 81st minute Bilic made a terrific save to deny Palm Beach substitute Joshua Riis, who had been on the field just two minutes. The ball rebounded for a Sharks corner.

Then, in a minute of madness, Young Roar captain Cameron Crestani was booked for dissent, his defence lost their organisation and failed to properly clear the corner and Palm Beach forward Kristian Rees scrambled through the melee to tap into the Young Roar net for 3-1.

Palm Beach coach Grae Piddick praised the Young Roar for giving his team a highly competitive workout ahead of their Westfield FFA Cup clash with Western Sydney Wanderers next Tuesday.

“They certainly opened up a few areas we need to improve on and I thought we did that in the second half,” Piddick said.

“It let us know that if we are organised and we play to a plan we can be difficult to break down.”

The result means the Brisbane Roar Youth team will finish sixth or seventh on the final table (pending one remaining unplayed Northern Fury match) and were seven points out of the top four (although the Young Roar were ineligible to play finals). 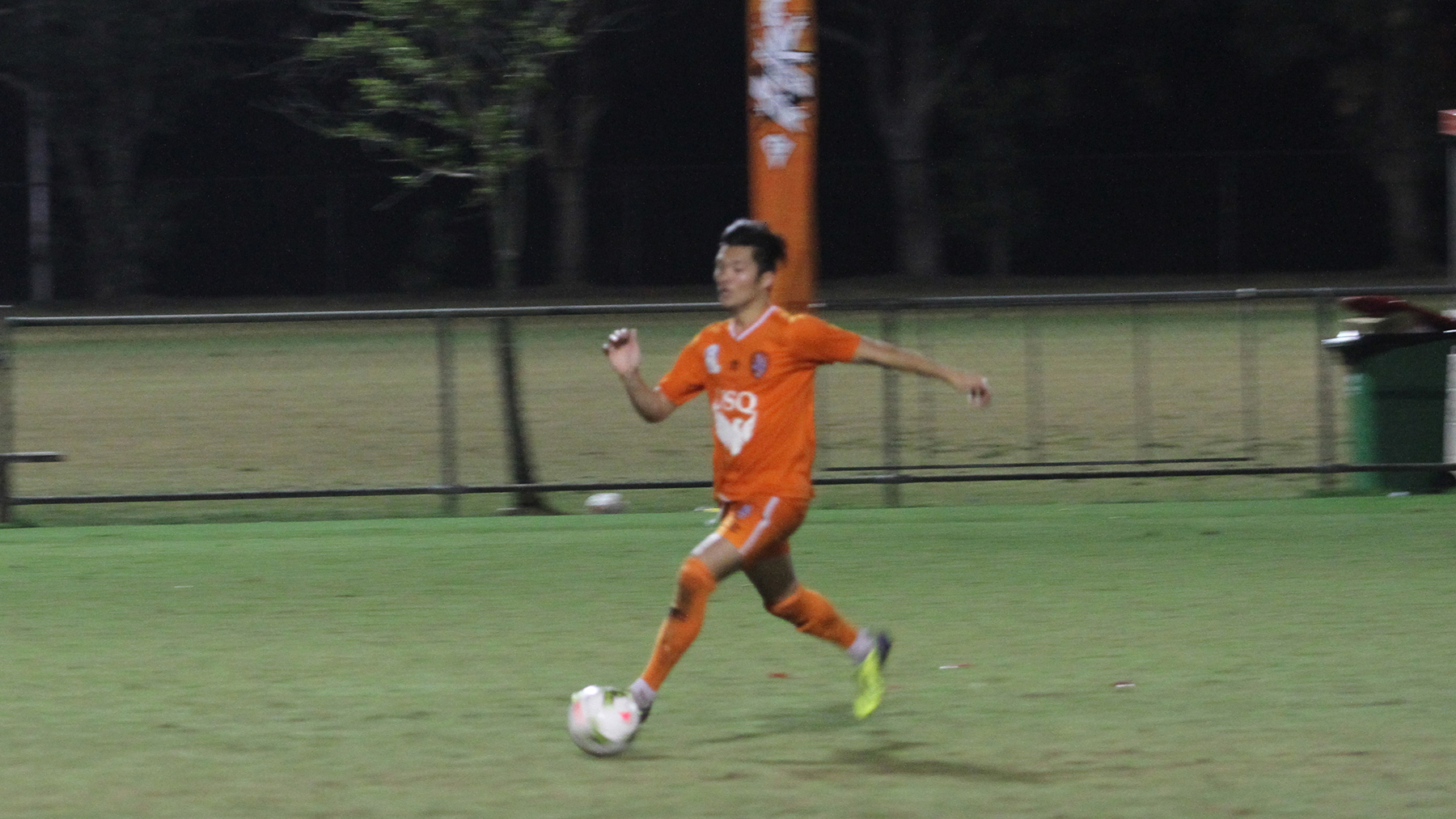