Brisbane Roar Youth defender Jaiden Walker says the side is not getting ahead of themselves and are using each match to improve on their previous outing.

The Young Roar are third in Conference A of the Foxtel National Youth League with three rounds remaining.

It is difficult to imagine the Roar youngsters could improve on their last outing – a record-breaking10-0 demolition of conference leaders Adelaide United Youth – but that is the goal set by Young Roar Coach Josh McCloughan.

He says he doesn’t want his side concerning themselves with their position on Foxtel NYL table or final prospects (they must win the conference to go into the Grand Final against the Conference B champions). Walker agrees.

“We don’t want to get ahead of ourselves,” Walker (below) said. 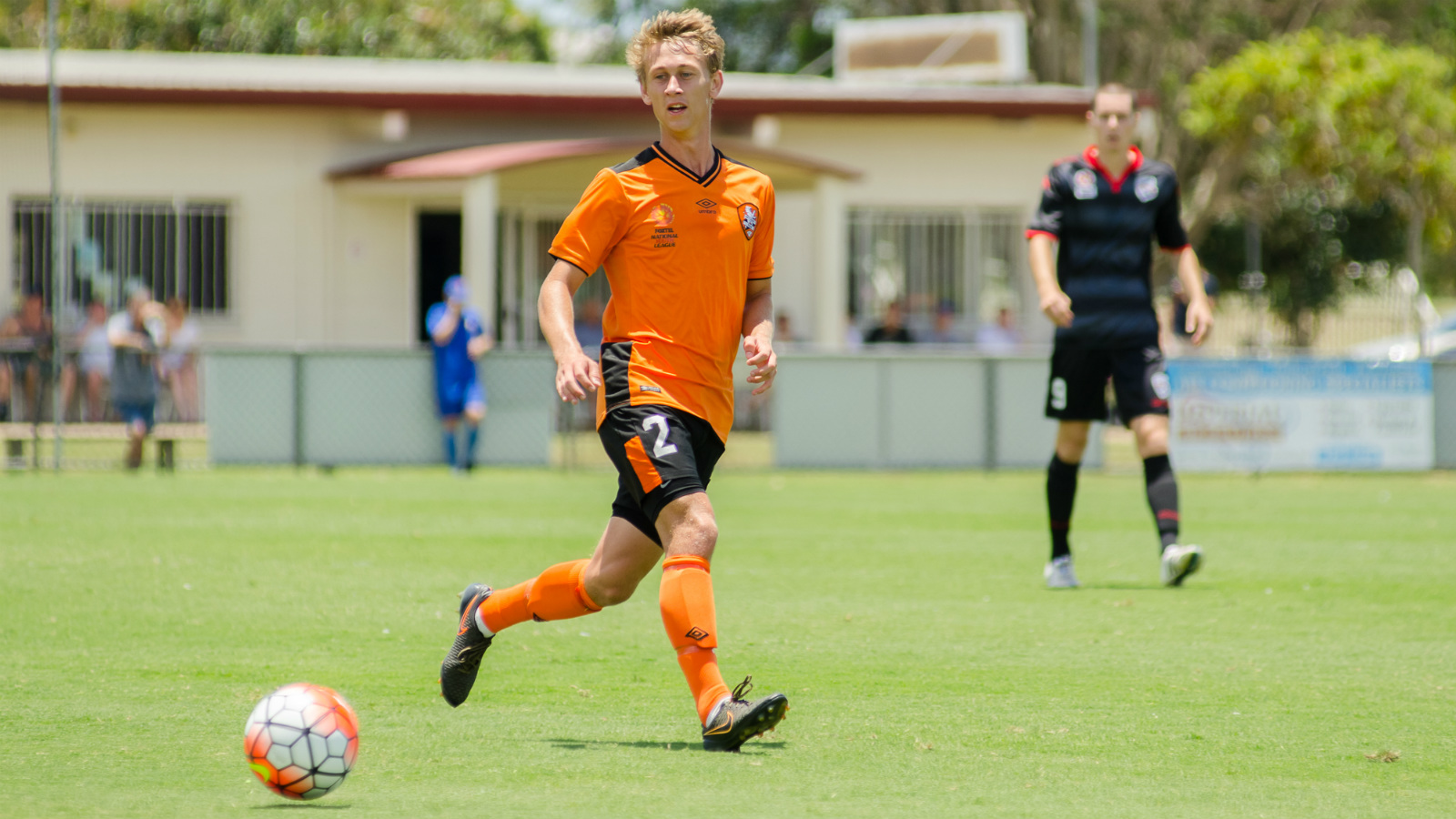 “We’re taking each game as it comes and just focusing on that game and how we perform.

“It would be great to be on top of the table, but that’s not what we’re focused on.

“If we keep developing and performing to the best of our ability then the results will take of themselves.”

The Young Roar play their first Foxtel NYL fixture of 2016 against Perth Glory at Cleveland Showgrounds on Sunday, 3 January (10:30am KO). The sides last met in November with the Roar recording a 2-0 away win.

While the scoreline against Adelaide United Youth a fortnight ago was impressive, what was more satisfying was the sustained high standard of football played by the entire Young Roar squad.

“Everyone who took the park contributed,” McCloughan said afterwards . 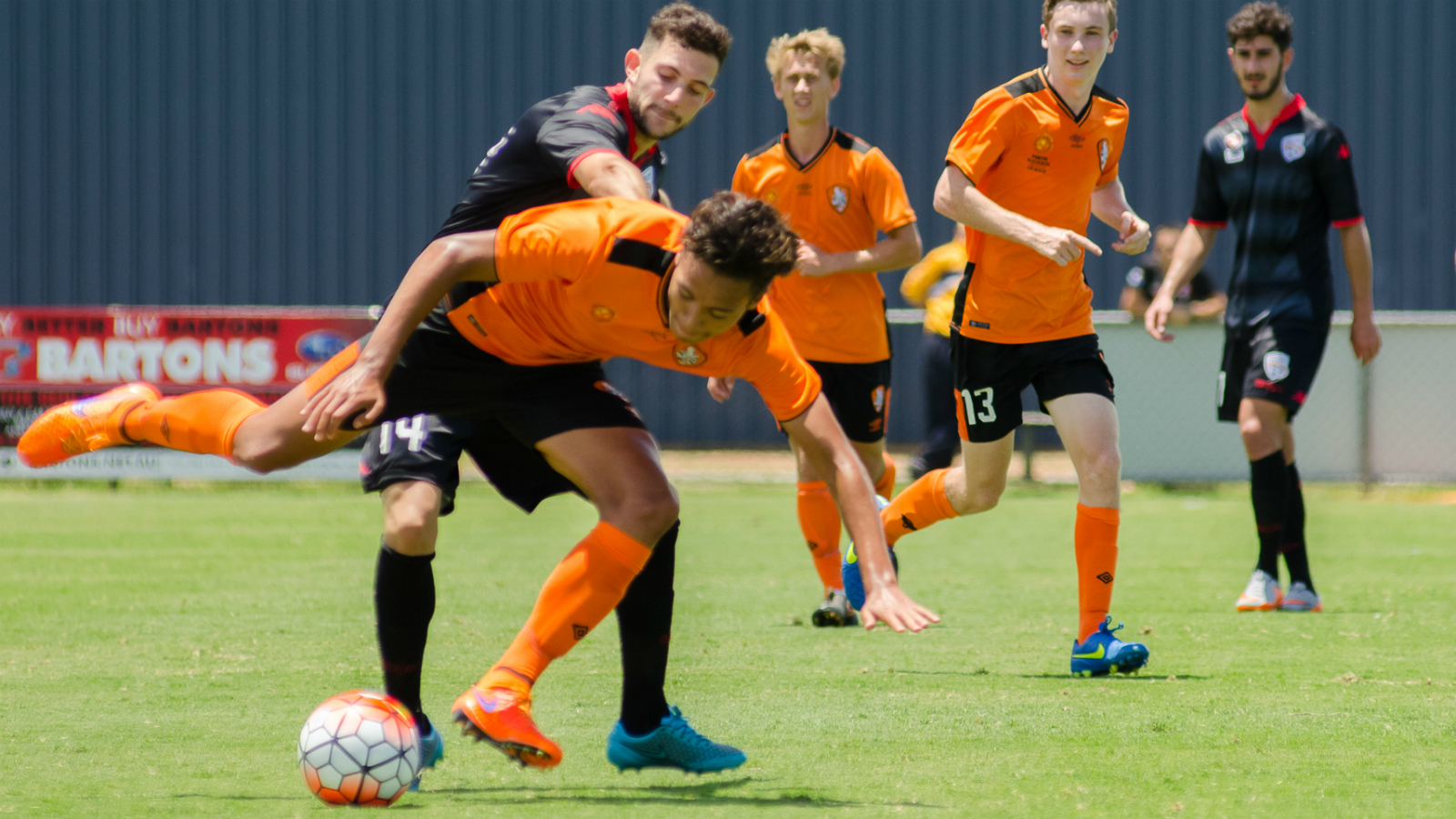 Dane Ingham (above) and Shannon Brady (below) also proved a handful for the Adelaide defence and will be hoping to create similar problems for the Perth Glory defence on Sunday.

Walker says the whole squad has confidence in each other and are aiming for another opposition shutout against the Glory.

“We’ve always had confidence in our side, we know what we’re capable of,” Walker said.

“We know we’ve got one of the best attacks in the league so if we can keep a clean sheet, it will go a long way towards winning.”

McCloughan has continued to focus on key areas of improvement in training over the past fortnight. 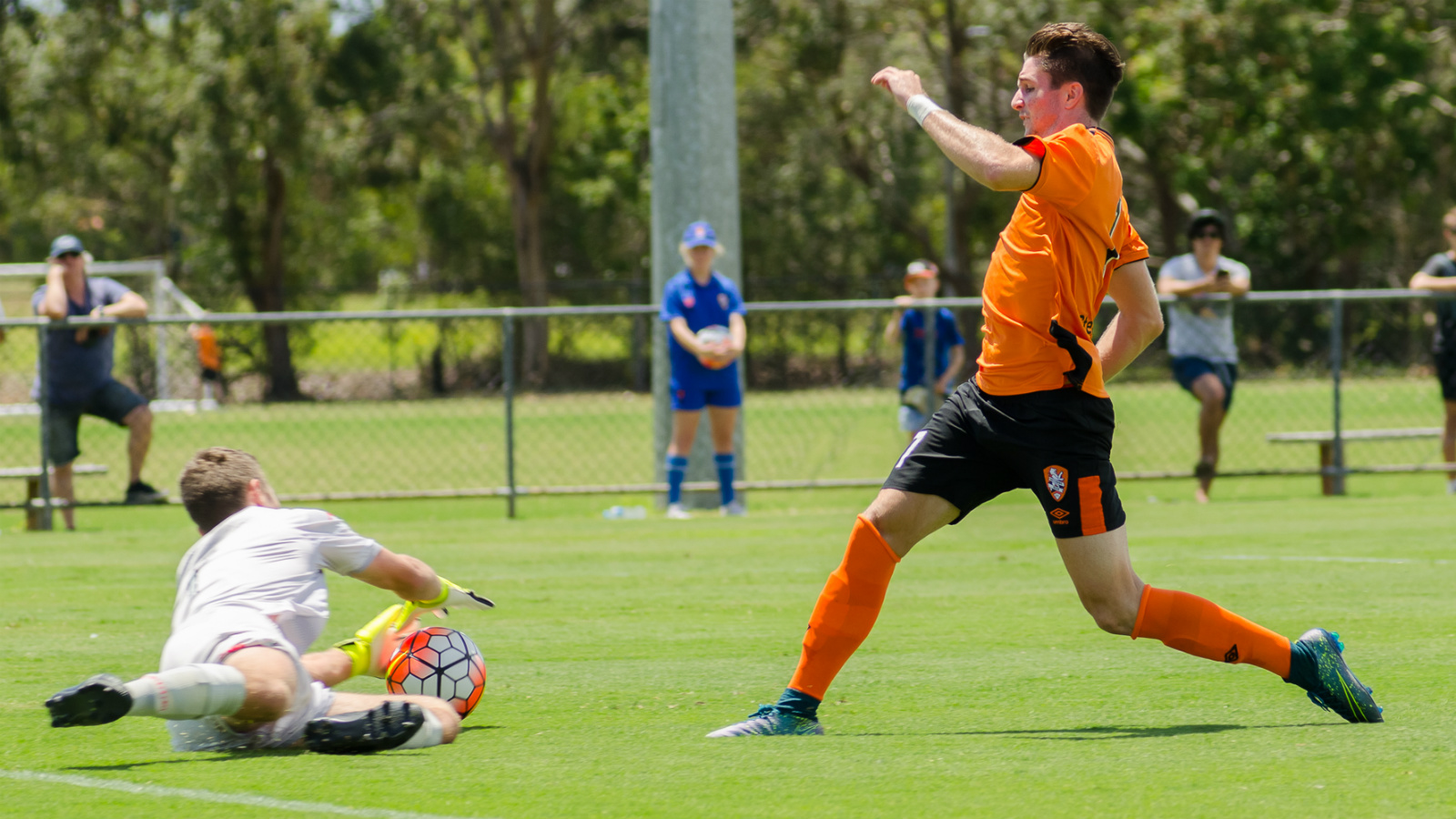 “We know every week that there will be things to improve on,” McCloughan said.

“There were lots of positives that we took out of the Adelaide [United] game, but there were areas we know we can improve on.”

McCloughan believes developing consistency is a vital part of player development and is hoping his side can continue to string together strong performances.

“The difference between seasoned professionals and the younger players is the consistency,” he said.