The side’s grueling schedule caused the team to start slowly but Brisbane worked their way into the contest and had their best spell in the second half in the Club’s first continental Group Stage match since 2015.

Brisbane’s young brigade stood tall. Cameron Crestani was rock solid at the back in his starting debut, while striker Nick D’Agostino worked hard and was a threat up front for the Roar.

After starting against Perth Glory on Saturday in the Hyundai A-League, second half substitute Joe Caletti again impressed in midfield.

Head Coach John Aloisi praised the efforts of his squad which featured a number of young players.

“I can’t fault the players who gave their everything. It was a hard night and it’s good to get something out of it,” Aloisi said.

“It’s good experience for the young boys who I thought were terrific tonight.

“You would like to win at home but the most important thing is that teams aren’t picking up points against you. We’re confident that we can go to other places and win away from home, we just have to make sure we recover well and prepare for the weekend’s game.” 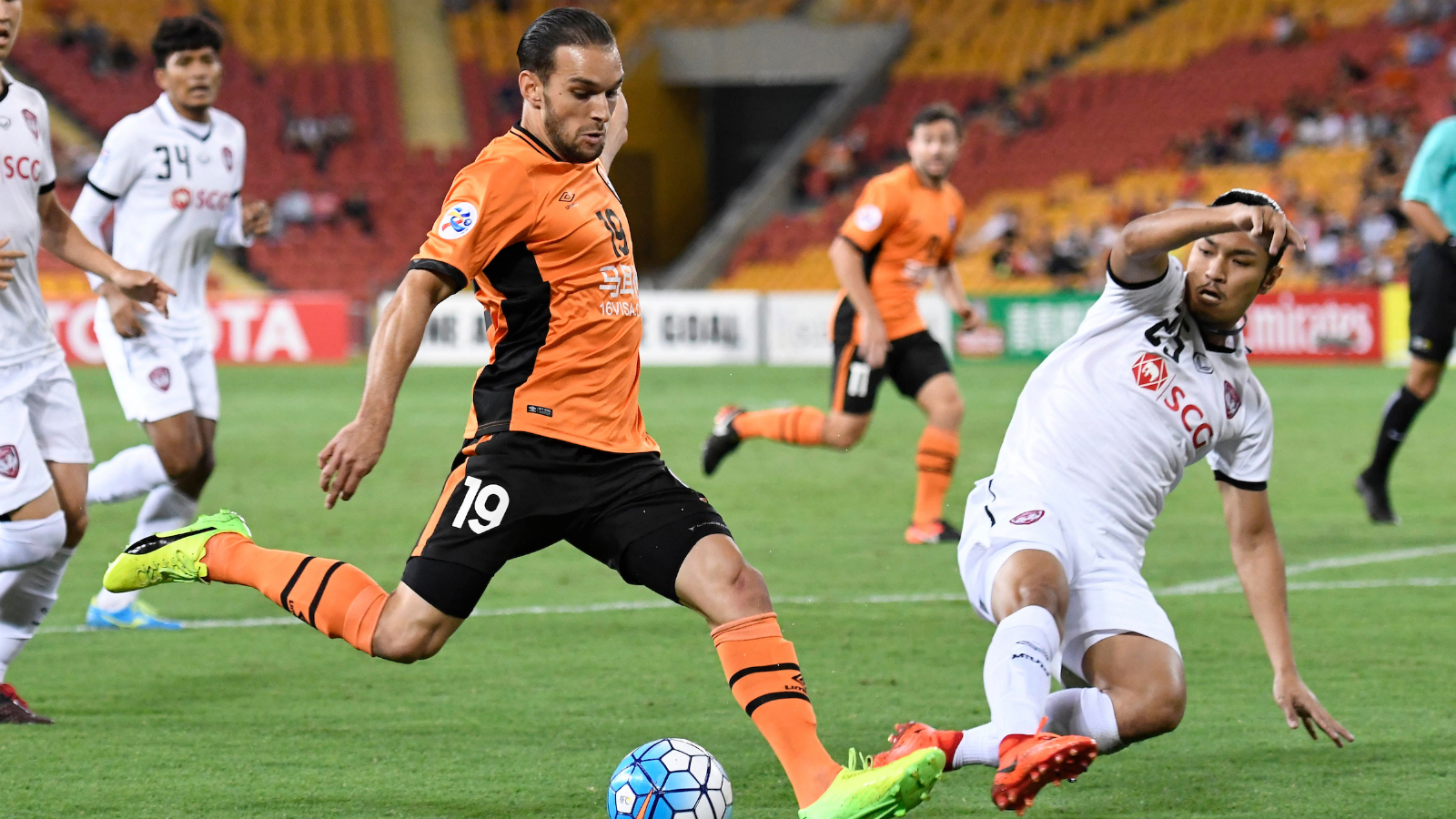 The visitors had the better of the opening stages and carved the game’s first chance as slick ball movement opened up an opportunity for Spanish striker Xisco whose shot was comfortably dealt with by Jamie Young.

The Roar stopper was forced into action shortly after, denying Adison Promrak with an incredible reaction save from a Muangthong corner.The Thai outfit dominated possesion and territory in the opening half but were unable to convert the dominance onto the scoreboard.

Brisbane grew in confidence and came within inches of taking the lead in the shadows of half-time as teenagers Dane Ingham and Nick D’Agostino combined for the side’s best chance of the half with Roar’s young striker having a side-footed volley saved onto the upright.

The second period opened in frenetic fashion end-to-end play bringing about dangerous opportunities for both sides.

Veteran midfielder Thomas Broich and young gun Joe Caletti were both brought onto the pitch at half-time and the dynamic duo combined to play D’Agostino through on goal. The young striker was denied by a lunging tackle from a Muangthong defender.

A thrilling finish to the encounter proceeded as both sides were looking to pounce as fatigue became a factor in an enticing high quality contest.

The teams traded possession throughout a gripping final period of play but neither side were able to concern the respective keepers as the scores remained locked.

Brisbane’s next AFC Champions League fixture is away to Ulsan Hyundai on Tuesday, 28 February. 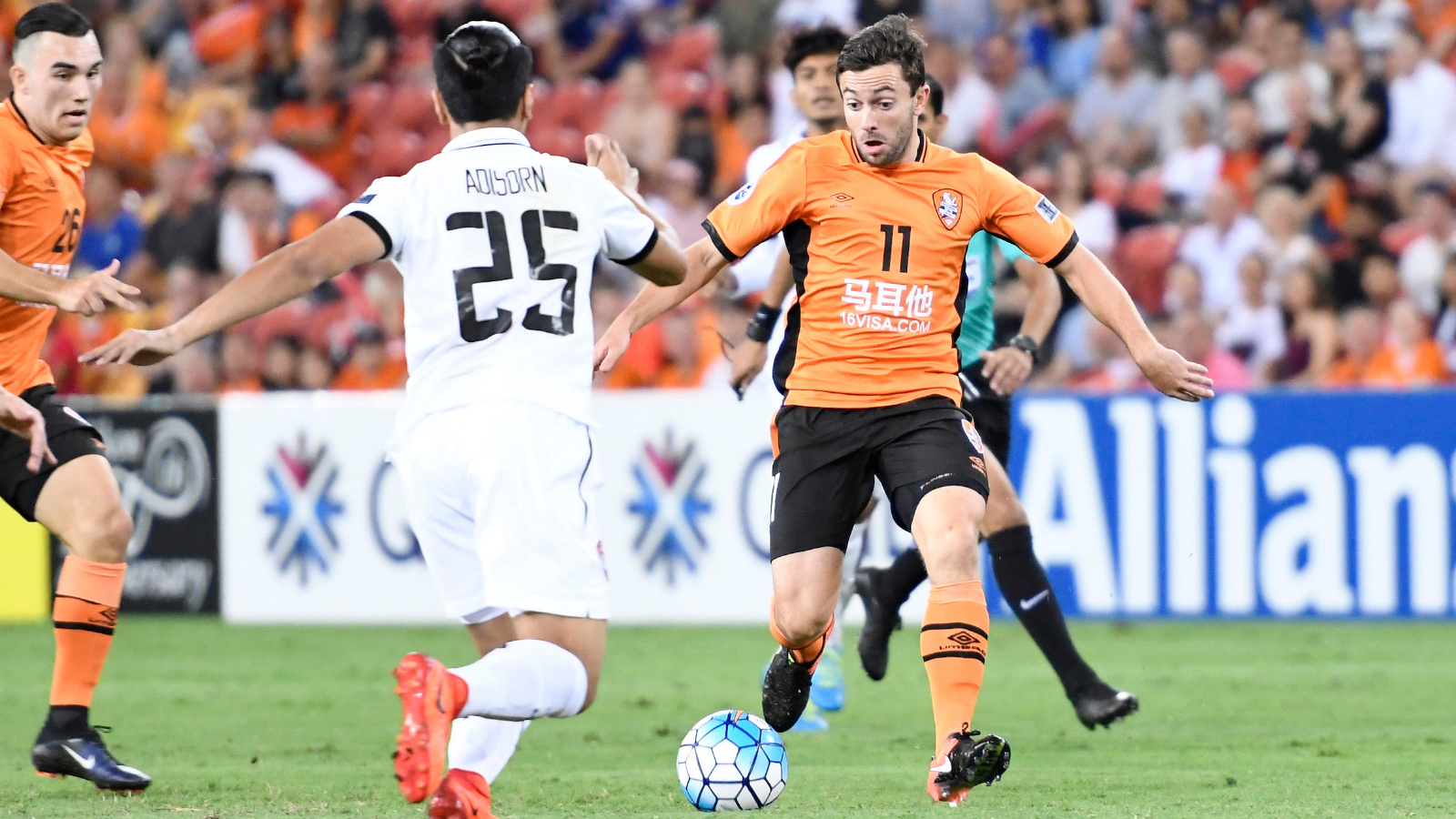 Brisbane Roar defender JADE NORTH: “They’re a tough team to play against. We had our chances and to get to the next stage we have to make the most of our chances.

“We probably just need a bit more composure infront of goal. We’re going to prepare now for Saturday’s game and then look ahead to the trip to Korea.”