Your recap on a 10/10 pre-season thriller

An impressive crowd turned up yesterday at Southport Soccer Club’s ground to see new Roar No.9 Jamie Maclaren net an astonishing EIGHT goals in his team’s 10-0 win over the Gold Coast All-Stars.

Every time Maclaren got the ball, the crowd expected a goal – and he delivered!

The Roar players signed autographs and posed for photos long after the full-time whistle giving Gold Coast football fans, and those Roar faithful who had travelled from other parts, a true day to remember.

If you missed it, here’s how the Roar’s Perfect 10 went down:

11’ – Petratos to Maclaren to Clut, felled in the box. Captain-for-the-day Donachie points to Jamie Mac. He slots left as the keeper goes right, 1-0.

13’ – Petratos’ corner swings wickedly into the middle of a packed goal and somehow Maclaren gets his head to the ball to nod in from less than a metre, 2-0.

21’ – This is exactly what Head Coach John Aloisi is looking for. Polenz starts a move on the right, the ball is played through the midfield and then to Borrello who beats the fullback and crosses hard and low to Maclaren inside the six-yard box who clips it into the GC goal, 3-0. 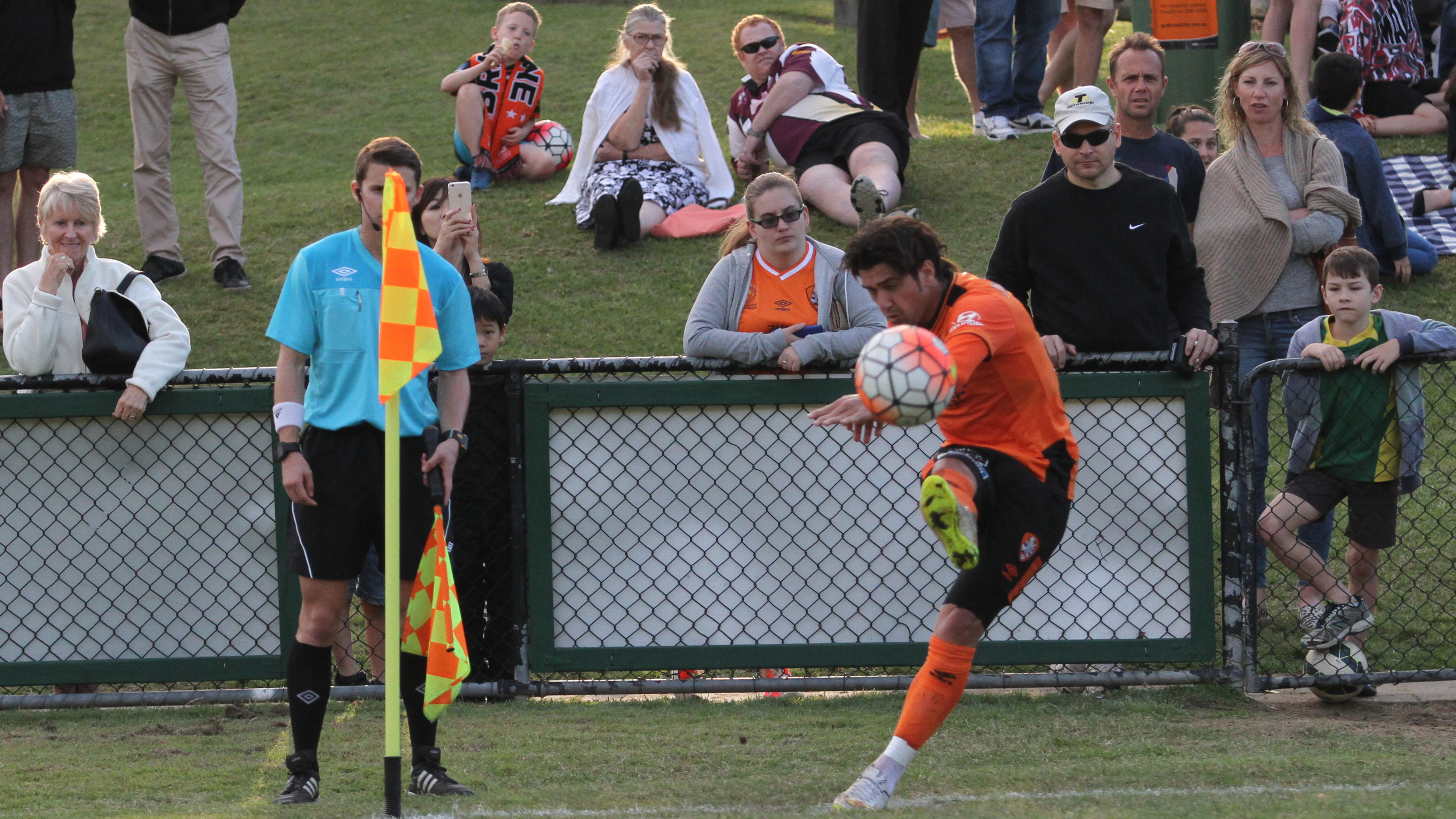 23’ ­– Dimi is everywhere at this point and shields the ball on the penalty spot. As defenders rush in, he slips to Maclaren, who has lost his marker, and the Olyroo taps into the net, 4-0.

57’ – Petratos runs through the midfield and pushes wide left to Yango. Maclaren runs to the near-post and checks back. Yango finds him and it’s 5-0.

64’ – Borrello looks brilliant on the right wing, super skills and great crosses. Gets around his marker again and delivers it on a plate for the No.9. Maclaren makes it 6-0.

72’ ­– Lots of Roar players in the box as the ball bounces around and not cleared properly by Gold Coast. Borrello gets a half look from 2m and bangs it home for 7-0. 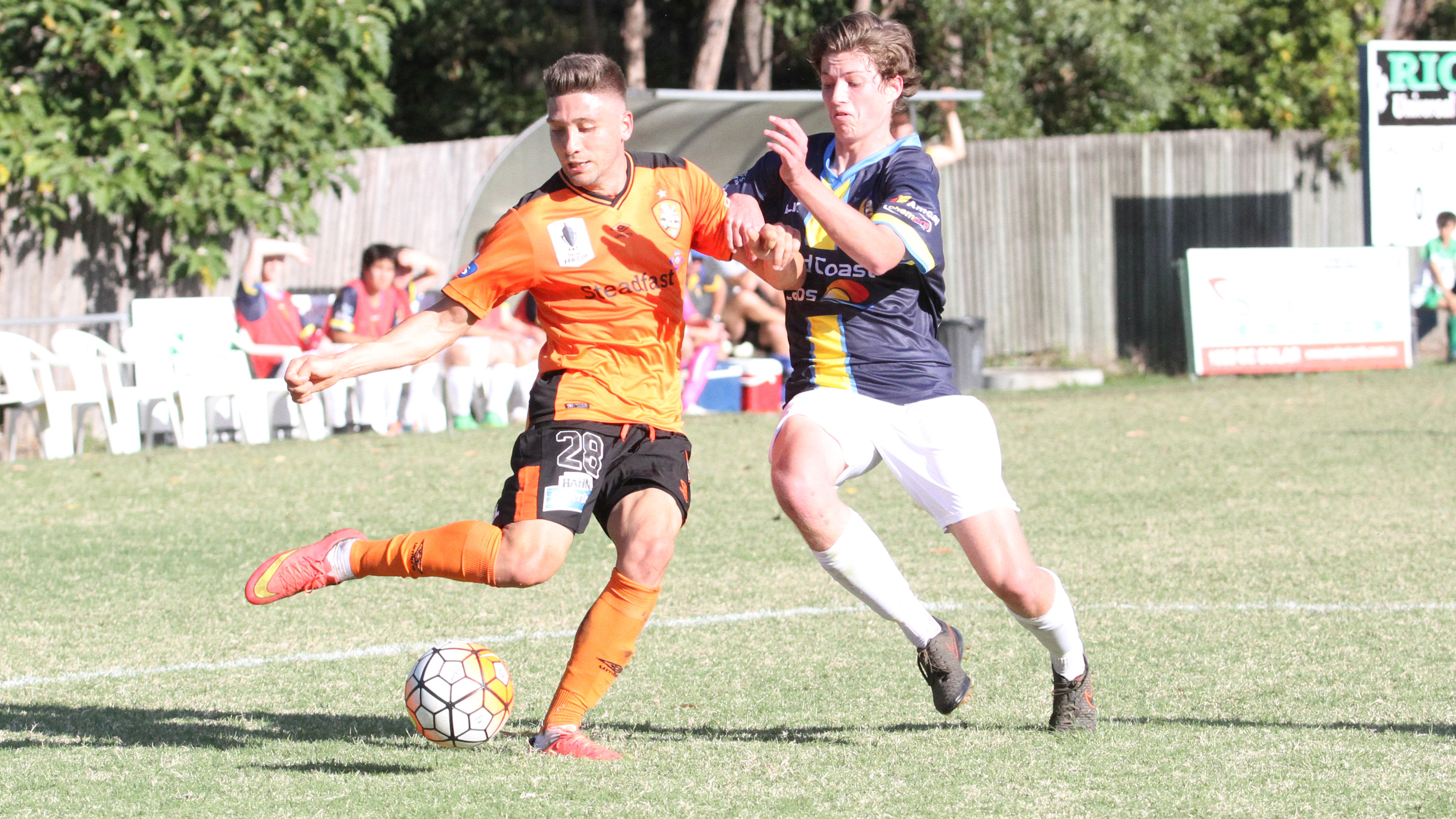 73’ – A poor pass from the kick off gives Roar possession and suddenly it is a sea of Orange at the edge of the All-Star’s box. Maclaren runs a few metres and slots it under the advancing keeper for 8-0.

83’ – Maclaren is constantly hanging on the last line of defenders and so too is Yango. The two speedsters race onto a through ball and find it is 2v1 (Coast substitute keeper Simon Cleaver). Maclaren could have easily slotted into his side of the goal but squares for Yango who can’t miss . . . and doesn’t. It’s 9-0.

87’ – Fullback Jack Hingert, who played the first half on the left and the second on the right, and was outstanding on both sides, wins possession on the sideline then skilfully dribbles around, and through, four defenders and makes his way into the D. He looks for support and who has lost his marker? That man Maclaren and the No.9 uses one touch to control Hingert’s pass and turns to slot away his eighth and the Roar’s tenth. 10-0.

It was a pre-season match, for sure, but do you dare miss the Roar’s next one against Newcastle Jets at Cleveland Showgrounds on Saturday, 12 September, 3pm kick off? 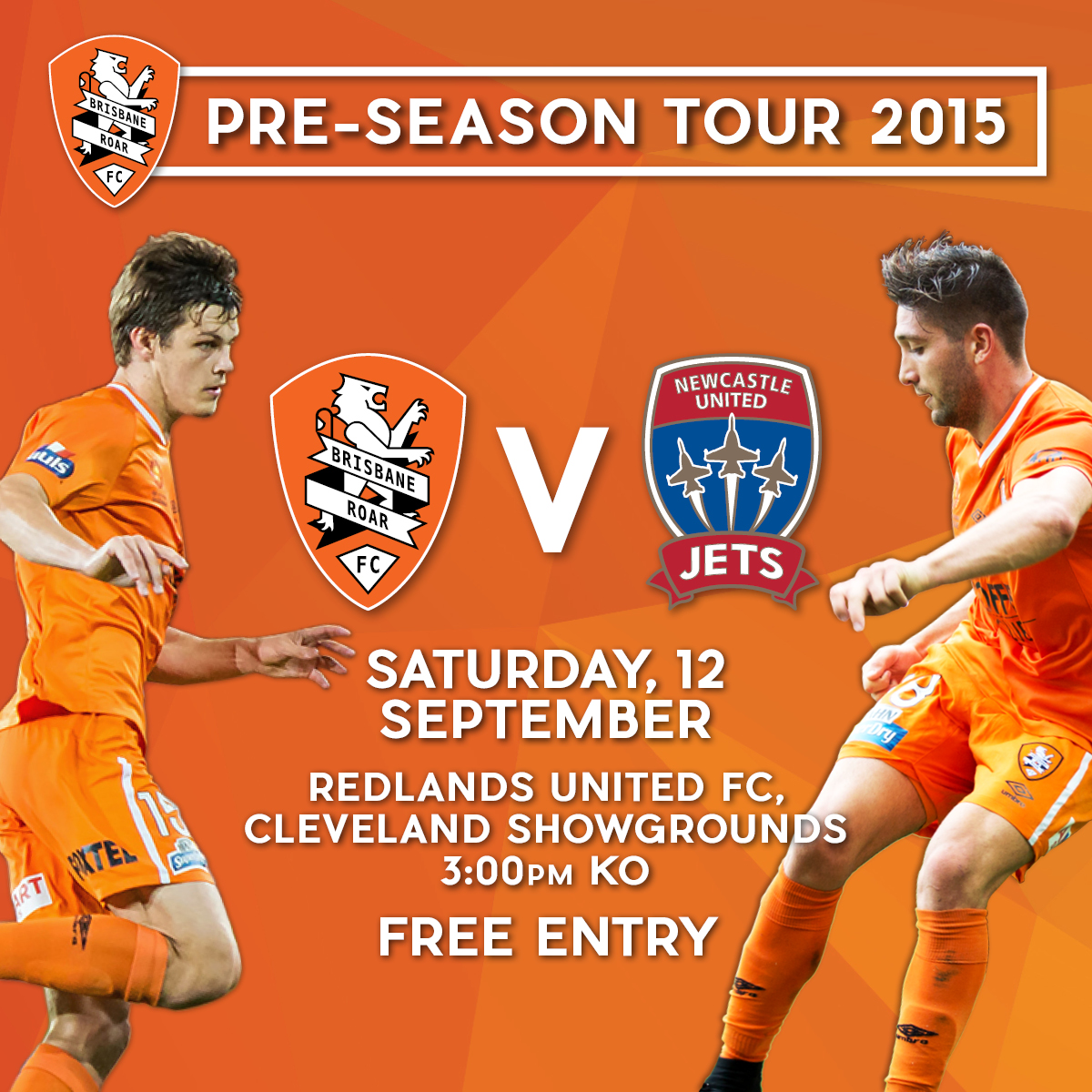