Brisbane Roar striker Jamie Maclaren says the faith of Head Coach John Aloisi and a new-found confidence in front of goal is behind his breakout season in the Hyundai A-League.

The 22-year-old is enjoying a superb season with Roar, living up to his potential with a string of sensational performances and a stack of goals.

The Roar No.9 – currently in Qatar with the Olyroos as they seek to qualify for the Rio Olympics – has already netted seven times this season and provided three assists for the Roar, who have surged to the top of the ladder at the halfway stage of the campaign.

It’s the type of form that will have Ange Postecoglou on notice for a potential Socceroos call-up and why Maclaren is the December nominee for the Hyundai A-League’s NAB Young Footballer of the Year award.

He is the third Roar player to receive recognition in the NAB Young Footballer of the Year award.

Fellow Olyroo striker Brandon Borrello was the nominee for October while defender Angela Beard was the November nominee in the Westfield W-League’s version of the award.

NEWS: December nominee for NAB Young Footballer of the Year

When asked about the key to his superb season so far, Maclaren says it’s all about confidence.

“John [Aloisi] has put a lot of confidence in me and a lot of faith. I’ve just tried to repay that,” he said.

“He’s played me as much as he could and he knows I can score goals and so far it’s worked well.

“I just want to continue that. He’s put lot of faith and that’s one reason why I will always want to play for him.”

Maclaren says he has benefitted from knowing his role and playing regularly for the Roar, as opposed to being used primarily as a substitute at former club Perth Glory. 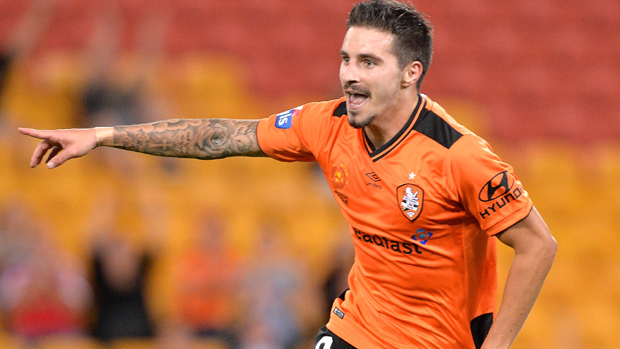 As a striker, it also helps having one of the Socceroos’ best-ever attackers as boss to call on when in need of some advice.

“The fact as a young kid I used to watch John…it’s just great that I get to work with him day in, day out, the little bits I need to work on he’s pinpointed them out and we’re improving on it,” Maclaren said.

“In terms of mentally, he’s pulled me aside and is telling me things I need to work on and just keeping me on my toes.

Maclaren, who was also a NAB nominee last season, said it was great to be in the running for the overall award alongside Borrello.

“It’s great to see that both me and Brandon from Brisbane are there but there’s a lot of great young talent in the A-League coming through,” he said.

“It’s exciting because we’re all fighting together to qualify for the Olympics but most of us are in the same spot.”