Brisbane Roar have lost a nine-goal shoot-out with the Glory in their Hyundai A-League Round 20 match in Perth tonight.

The first half featured seven goals – a Hyundai A-League record for the opening 45 minutes.

The home side scored after just four minutes and Brisbane was back on levels terms 13 minutes later before the goal-scoring floodgates opened.

Four goals in the next 13 minutes made for an entertaining spectacle but saw the Roar go into the break 3-4 down.

And when Brisbane conceded a penalty four minutes into the second half, it was always going to be a battle for the away side to salvage anything from the trip west.

To secure your seats for these Massive March games, click here 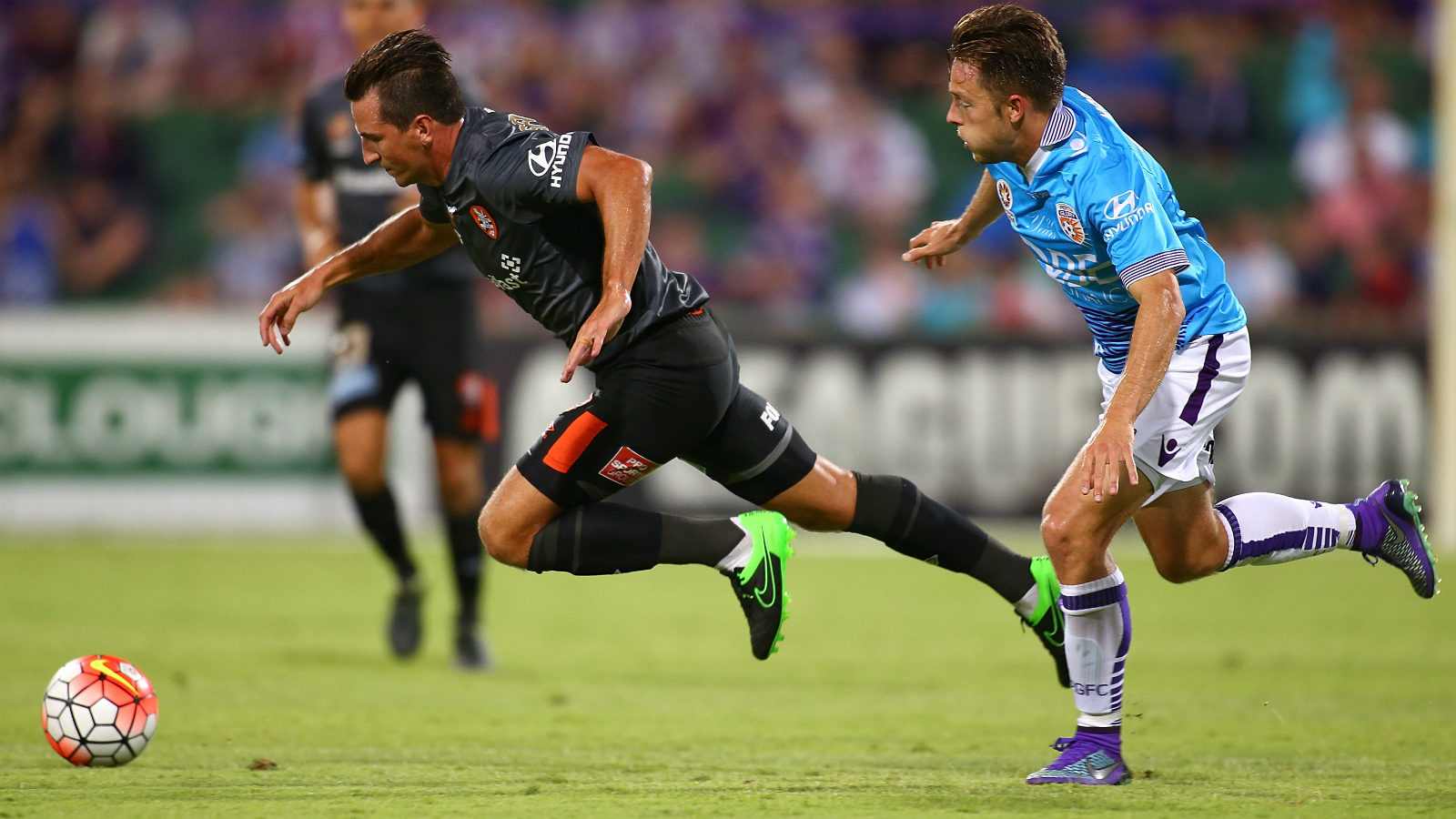 4′ : A goal out of almost nothing. Perth attacks down the left, Josh Risdon crosses into the box and finds Andy Keogh unmarked 12m out and he turns and whips in a left-foot shot into the far right-hand corner of the goal. 0-1

17′: Thomas Broich plays a well-weighted pass down the left to the overlapping Matt McKay, who runs into the box and squares across the face of the goal where Jamie Maclaren sneaks in behind the Glory defence and side-foots in at the back post. 1-1

28′: Dimi Petratos plays a nice cross to the far post where Jamie Maclaren tries to get his head on the ball but is pushed in the back by Aryn Williams. PENALTY. Petratos takes the kick and slots it into the left-hand side of the goal as Ante Covic dives the other way. 2-1

32′: Perth have consecutive corners and take the short option on the second one. The ball is crossed into the six-yard box where the Glory’s Chris Harold is somehow unmarked and nods into the goal past Michael Theo who has no chance from close range. 2-2

35′: Corona sweeps in a corner to the far post where defender Jade North, playing his 300th national league game, is unmarked and he heads into the goal for his third of the season – a record season haul for the ageless defender. 3-2

38′: Perth get a free kick in the middle of the park about 20m out. Glory’s Nebojsa Marinkovic hits a powerful curling shot which strikes the last line of defenders and deflects into the bottom left-hand corner of the goal. 3-3

41′: Brisbane seem to go to sleep on a routine corner but Perth’s Shane Lowry is alert and rises above everyone to head into the goal to put the home side ahead. 3-4

49′: Jade North gets tangled with Perth striker Andy Keogh and brings him down in the box. PENALTY. Diego Castro steps up to the spot and hits his shot to the left corner past a diving Michael Theo. 3-5

87′: Diego Castro finds space on the left and crosses into the box where substitute Richard Garcia heads into the Roar net from close range. 3-6

No-one saw this result coming and the defending on set pieces was poor. The important thing now is to re-group and get a result in Adelaide next weekend. 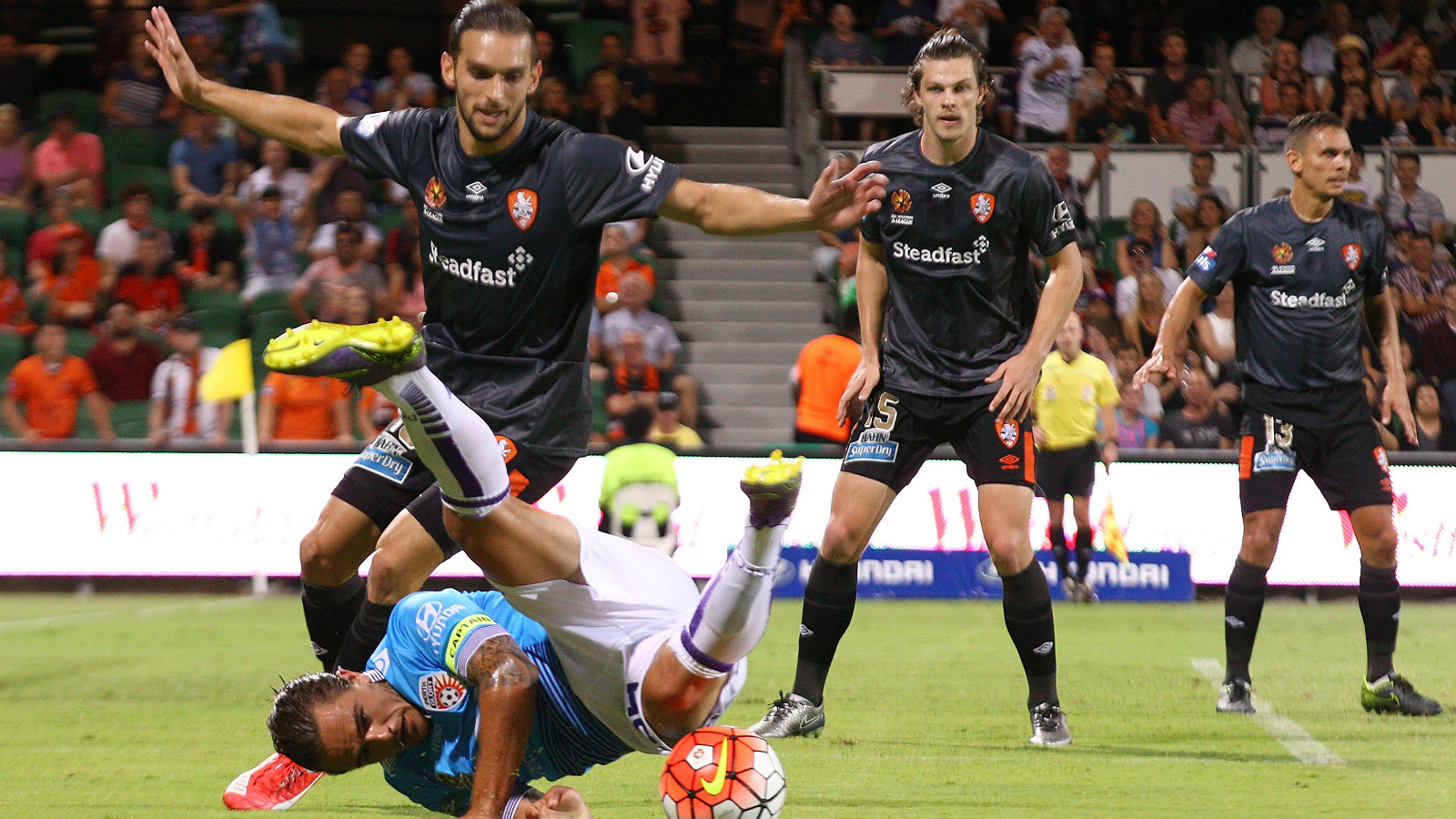 “In terms when we had the ball, we opened them up. To score three goals away from home, you normally get something out of the game.

“We have to now focus on how we play against Adelaide United who play a bit different to Perth.

“We can play well away from home. We played well in patches tonight. We gave away silly opportunities.”

Roar defender JADE NORTH, who scored in his 300th national league game: “It was one of those games, very disappointed in the defending of the set pieces. You have to give Perth Glory credit they are the form team of the competition. It was sloppy defending, we shouldn’t allow that to happen.

“I definitely would have taken the three points over the the 300 games that’s for sure.”

We are away to the in-form Adelaide United next Saturday afternoon then it’s our Massive March with home games against Western Sydney, Melbourne Victory and Sydney FC. To book your seats NOW for those big games, click here 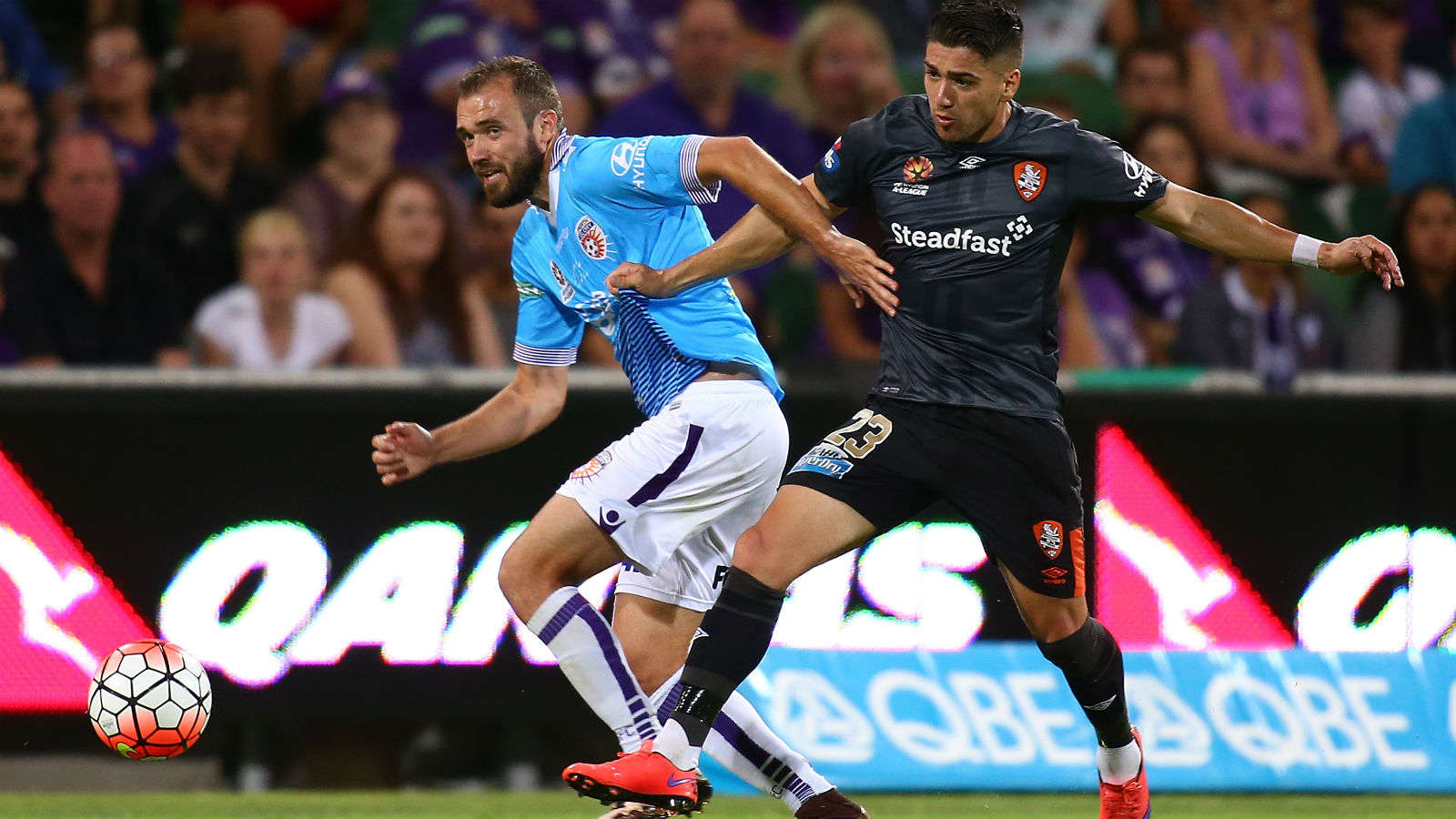