The Roar took the game to their undefeated opponents with a spirited display infront of 1,327 people at A.J. Kelly Park.

The hosts created the majority of chances and outplayed their opponents in large portions of the match but clinical finishing from City sees the three points head to Melbourne.

Head Coach Mel Andreatta was disappointed to not take three points from such a promising performance and praised her squad for their efforts across the entire 90 minutes.

“We are a team that goes into every match with intent to win,” Andreatta said.

“We are disappointed because we had our opportunities and we didn’t take all of them today but it is very heartening and very, very promising for our upcoming matches.” 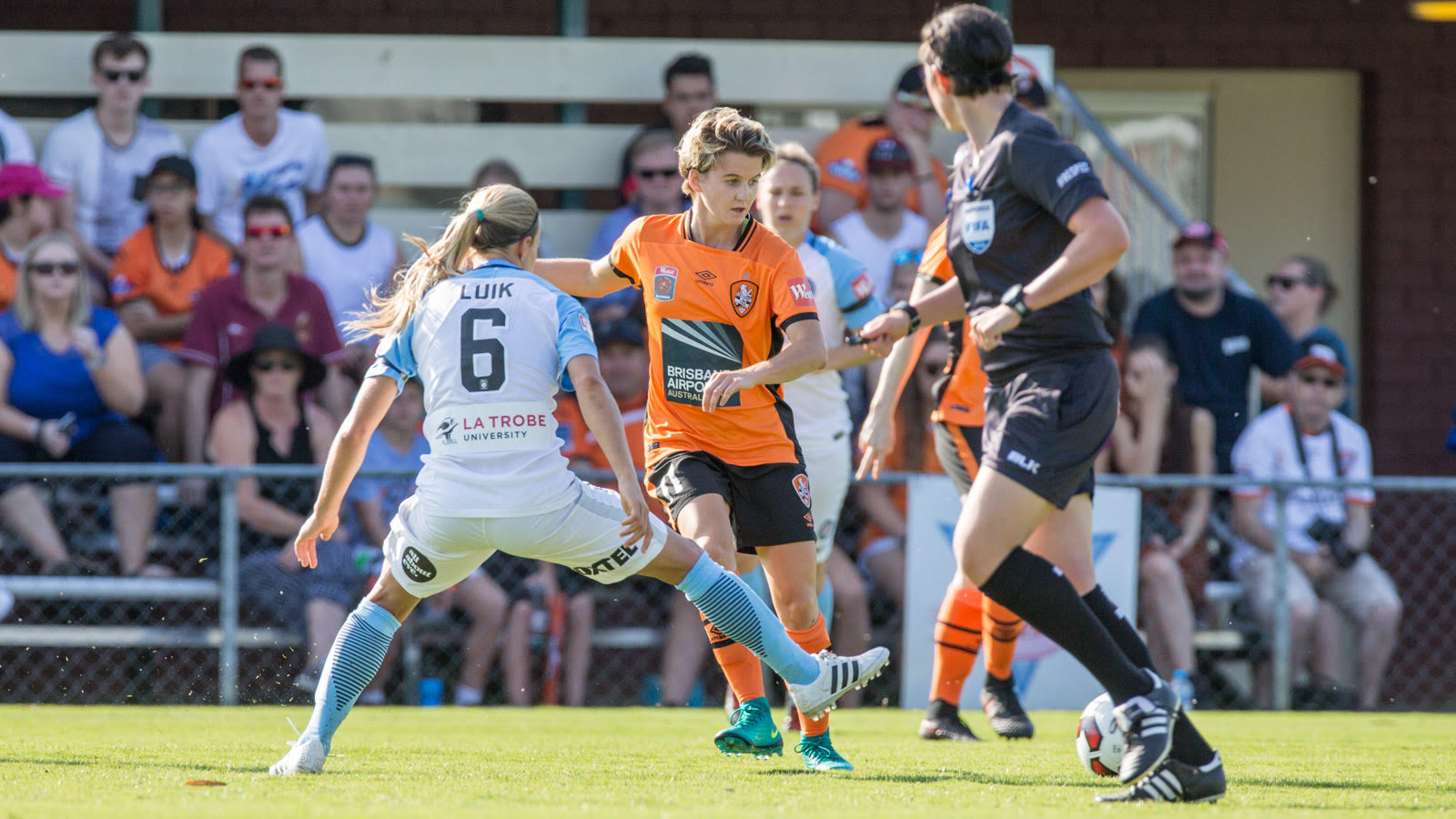 The Roar Women’s next fixture is a blockbuster double-header against Adelaide United at Suncorp Stadium on Sunday, 11 December (1:30pm KO QLD time). Tickets are available for purchase HERE.

“Suncorp Stadium is a fortress for our club, it’s the home of sport for Queenslanders. The players look forward to games there and to especially share it with our Hyundai A-League team is extra special,” Andreatta said.

There was early excitement to the match as Brisbane Roar became one of the first teams to put Melbourne City on the back foot. Emily Gielnik pounced on an errand goalkick, setting up Katrina Gorry to open the scoring after just two minutes.

City replied minutes later through Jess Fishlock who finished clincally to restore parity, setting up what promised to be an enthralling, attacking contest.

The sides traded chances as the clash turned into an end-to-end encounter as the Roar peppered Lydia Williams goal without success.

The visitors then took the lead after 25 minutes through Erika Tymrak following some well-worked lead-up play. 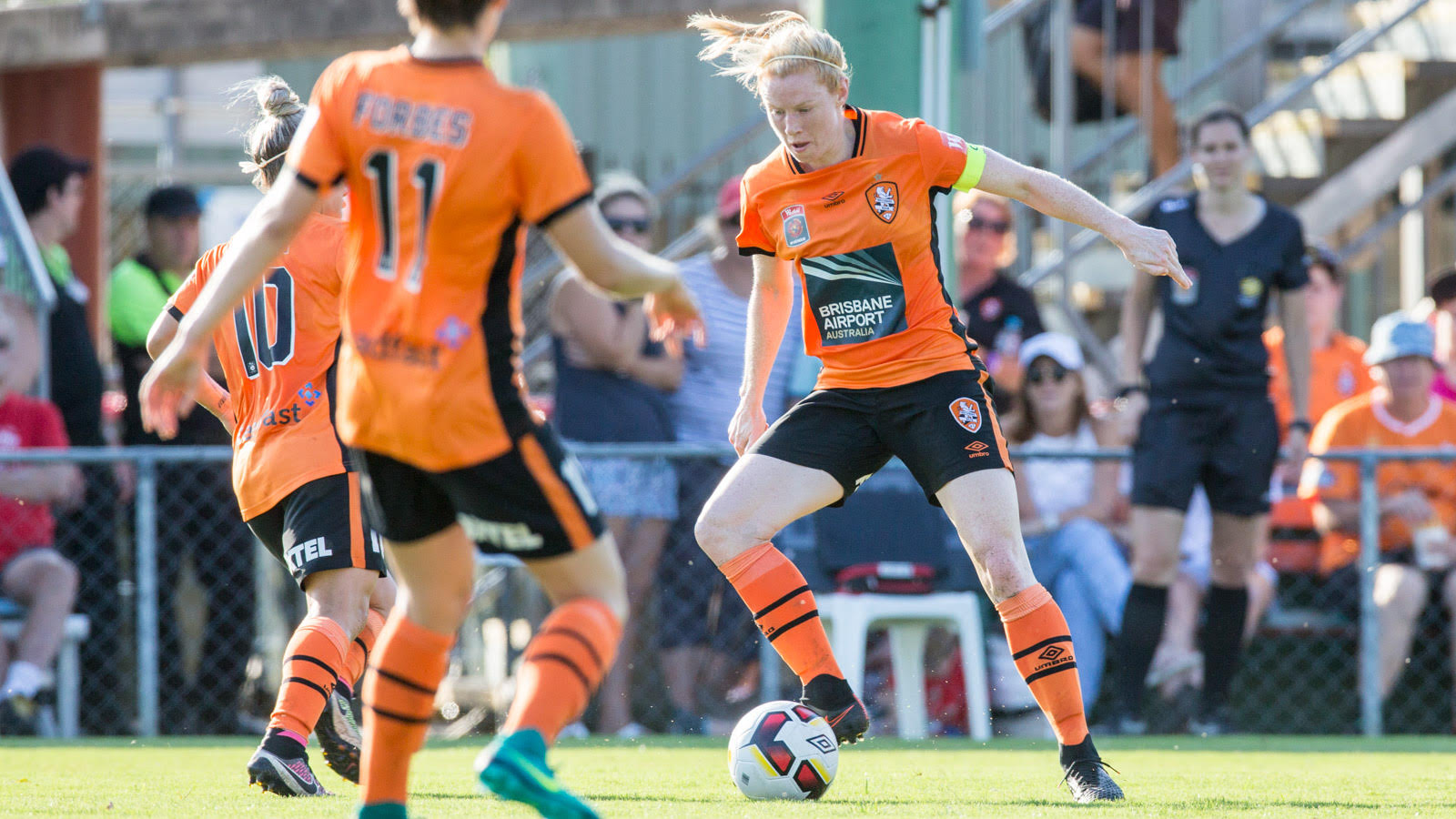 Brisbane finished the first half strongly with Emily Gielnik a constant threat on the right wing.

The second half began the way as the first half finished with the Roar on the front foot.

Katrina Gorry apppeared to have the ball on a string throughout the second half and was the instigator of a large number of attacks from the Roar Women.

Summer O’Brien (below) was terrific in the centre of park, as were Amy Chapman and Angela Beard on the left with the latter standing strong in defence and beginning attacks on the ball.

Clear-cut chances were hard to come by after the break. The hosts had the better of the opportunities in search of an equaliser, but were unable to find a way past Lydia Williams in the City goal as City took all three points and remained undefeated in this season’s competition. 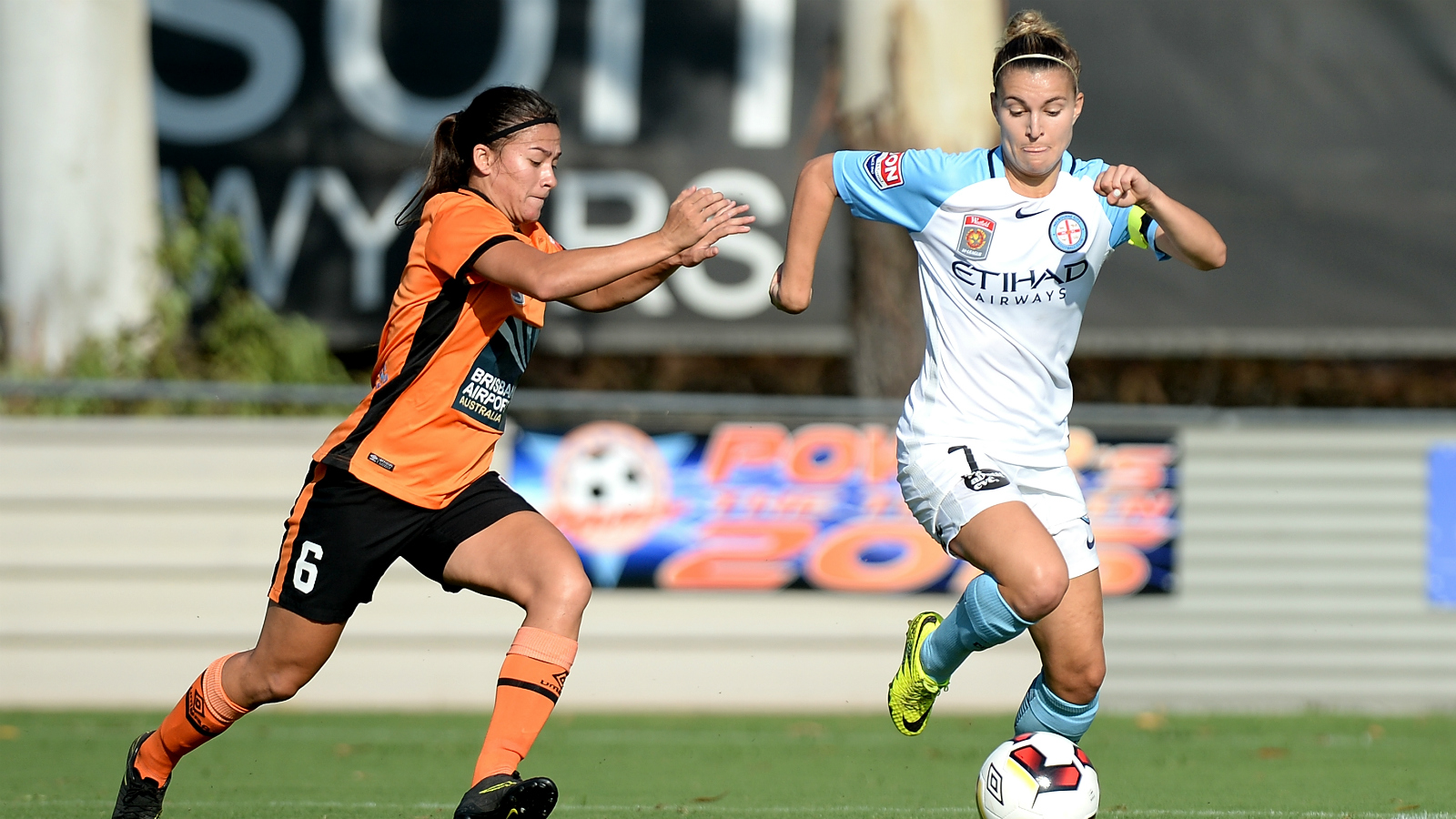 2’: Great pressing by the Brisbane Roar saw the ball land at the feet of Katrina Gorry who slots it between Lydia Williams legs. 1-0

6’: Jess Fishlock dribbles the ball pass the Brisbane Roar defenders and places it into the bottom corner. 1-1

25′: After some brilliant possession and build up play by Melbourne City Erika Tymrak shots from outside the box into the bottom corner. 1-2

It is not often that Melbourne City goes behind early in a game and its never happened this season either, but some great pressing by the Brisbane Roar saw them come away with the first goal. 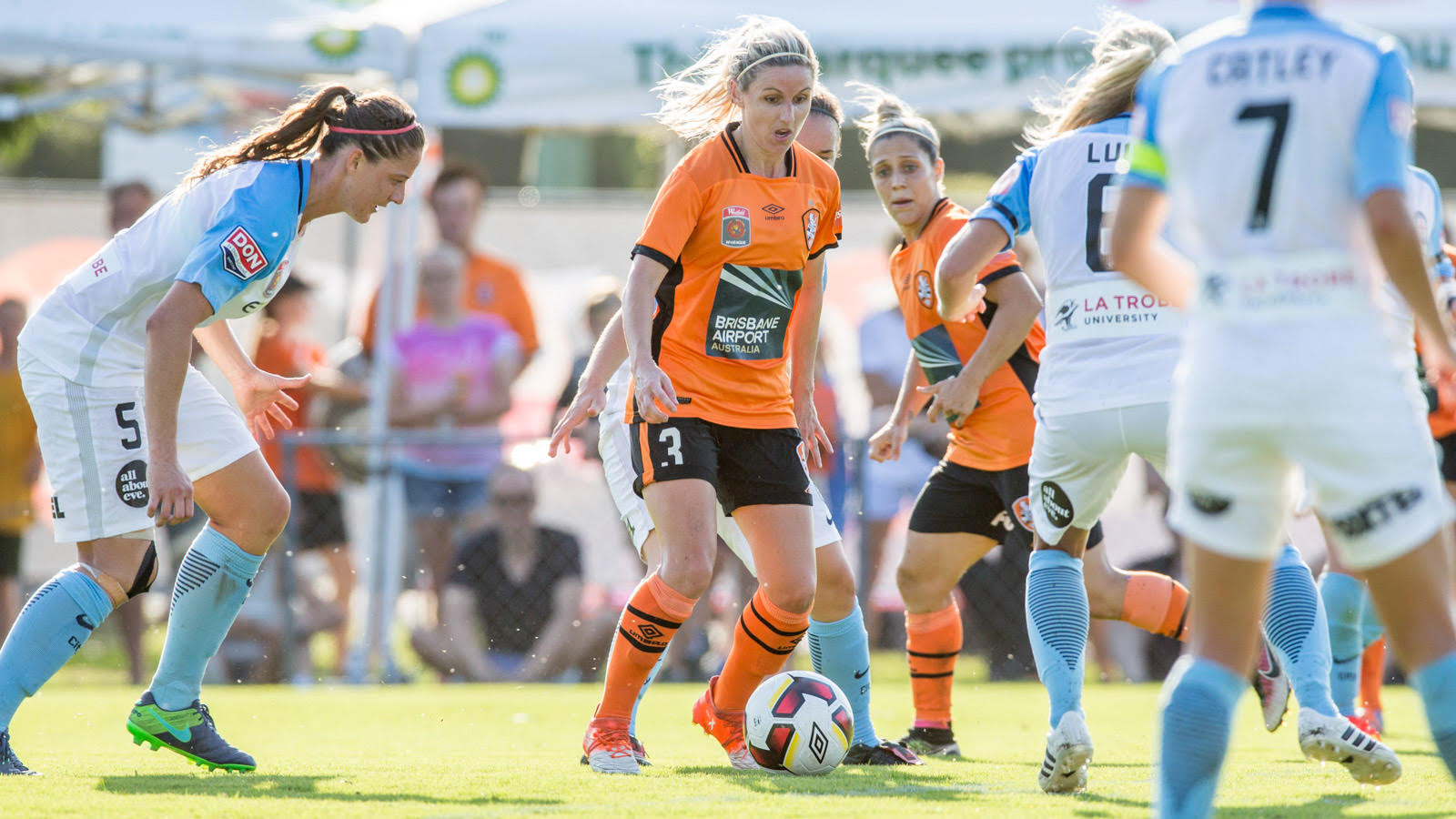 Brisbane Roar Coach MEL ANDREATTA: “We plan everything we do and back our structures and the way we play.

“I knew that with our conditioning and structures behind the press that we would be able do it for the whole game and that’s what we showed.

“Transitioning into attack and finishing those chances will continue to be an area of our game we work to improve on.

On Katrina Gorry’s early goal: “Now we are starting to see quick positive improvements in our structures and that was something we spoke about.

“A really good aggressive, positive start that shows out intent and the way we like to play and to be awarded for that through plenty of other opportunities.

“The players know we need to work on that and they are so dedicated and hungry for it that they will keep working at it.” 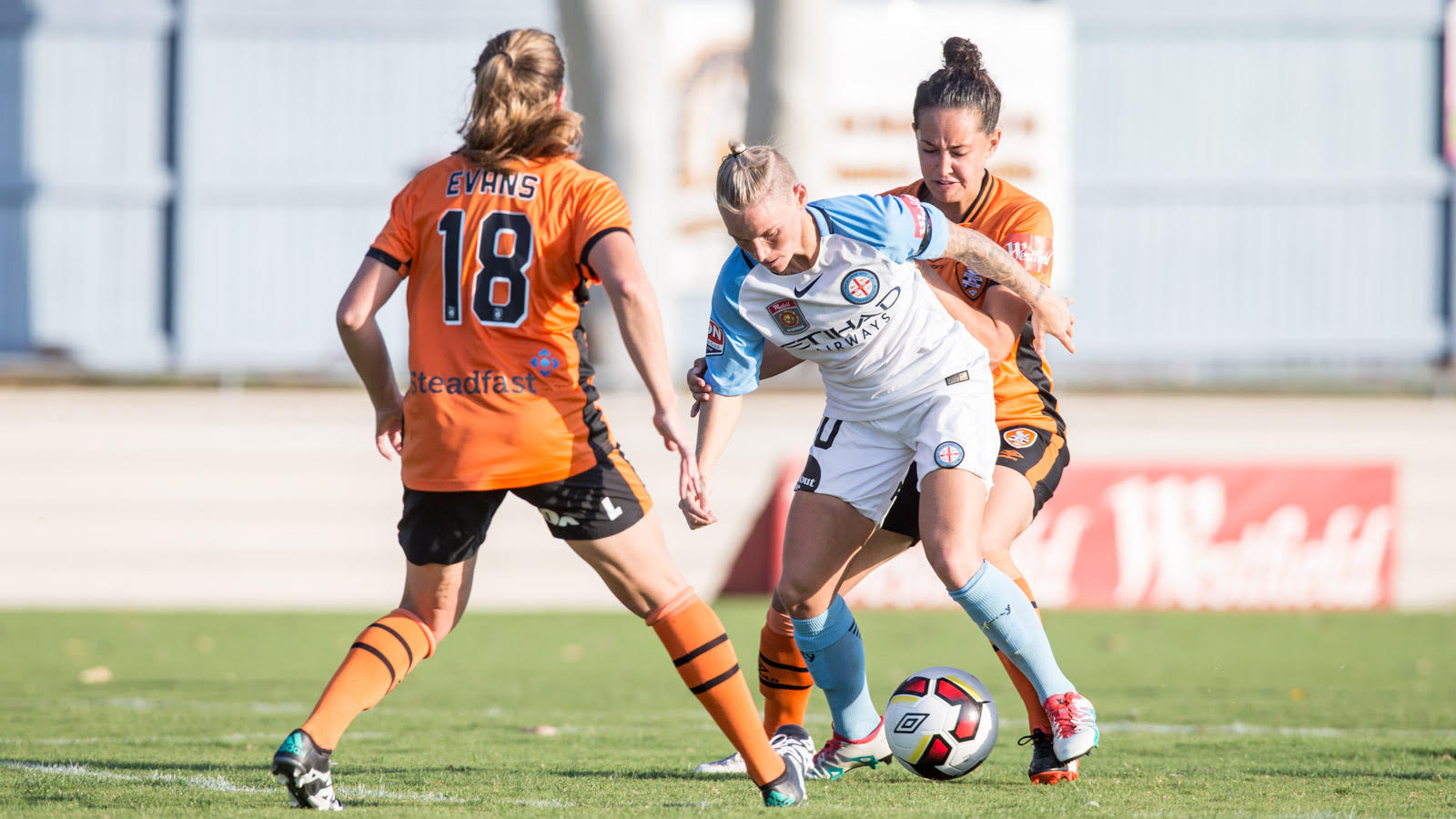 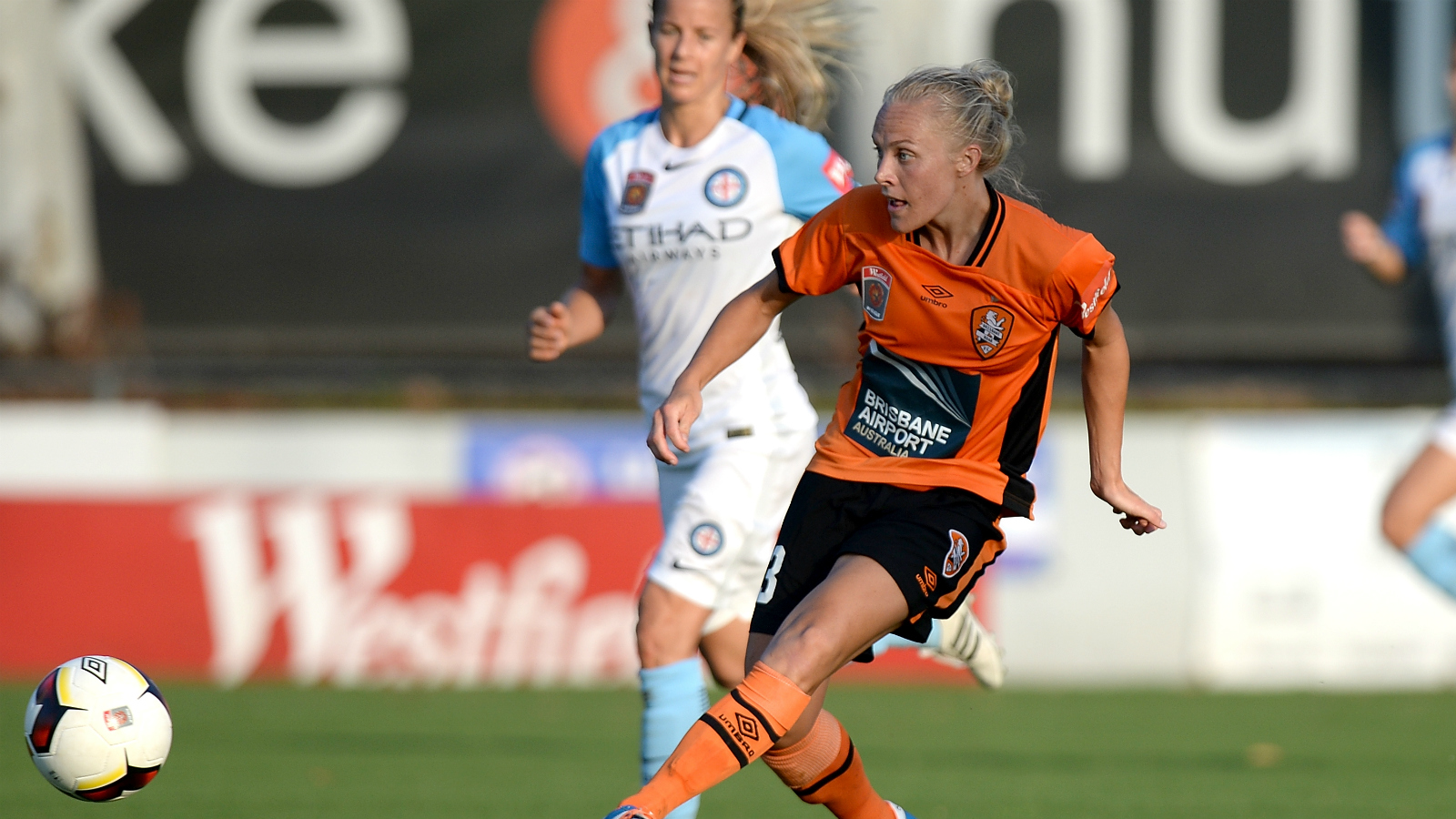 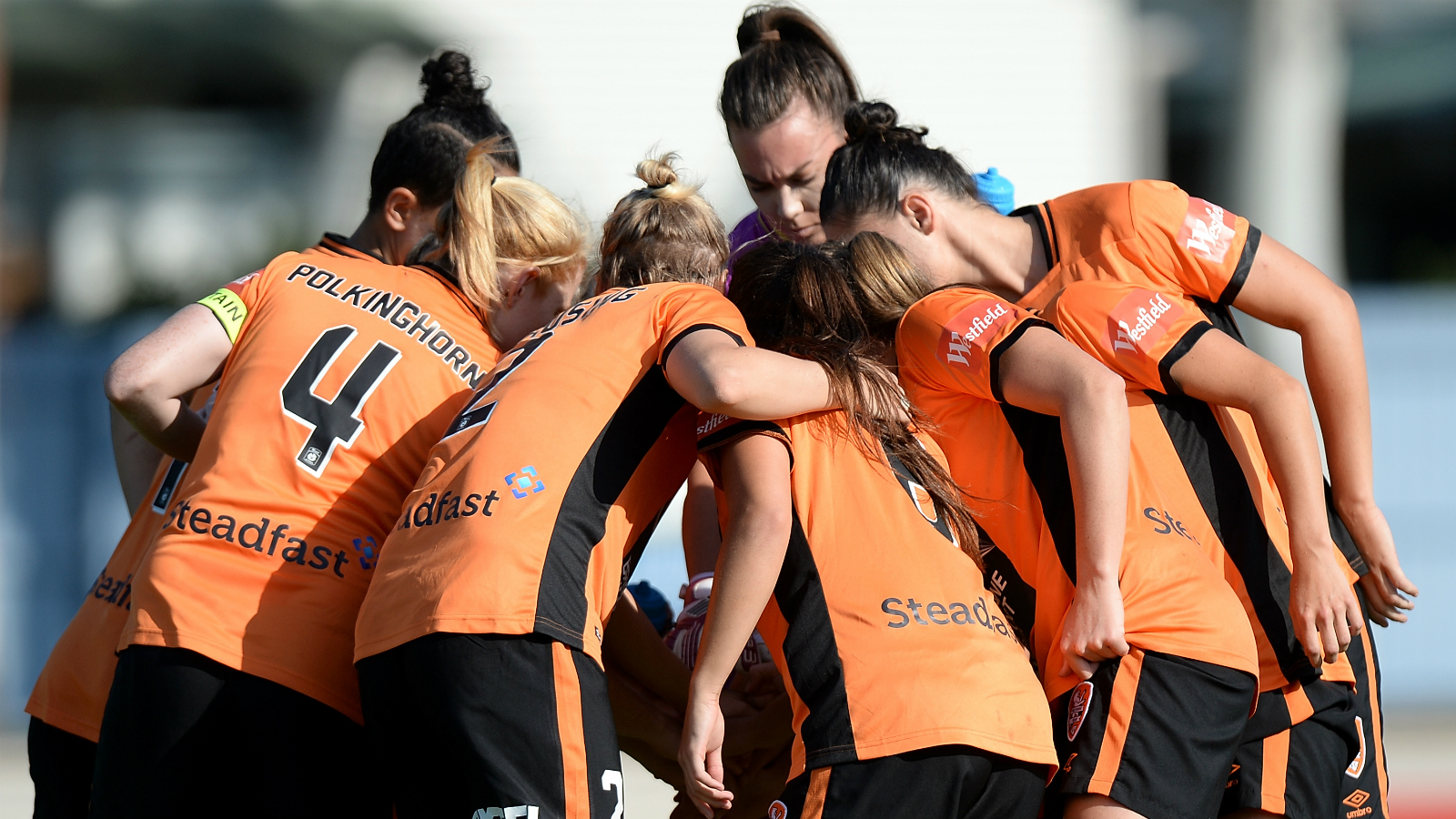