Speaking to the media after another high-tempo session, the German was asked about how luck didn’t go his way with two glorious chances against Wellington Phoenix last Sunday – first with a header that hit the cross-bar and then with a final minute shot parried away by keeper Glen Moss.

“I thought it was in last week,” said Broich, who is enjoying renewed mobility across the front line this season, due in part to the play-making of Corona and Matt McKay in midfield.

“Maybe I am just saving it (his next goal) for a very special occasion – whatever that might be,” he added with a big smile on his face.

“Maybe tomorrow, maybe the end of the season , I don’t know.”

Roar Head Coach John Aloisi agreed it was only a matter of time before Broich’s hard-work in front of goal was rewarded with the ball in the back of the net.

“He’s getting into really good areas, not only the last game, but the three or four games before that and I am sure the goals will come. Let’s hope it is tomorrow.”

The Roar are in no doubts that tomorrow’s Hyundai A-League Round 15 away clash against the Victory will be one of their toughest challenges of the season so far.

Aloisi expects the home side to press hard and high from the opening whistle and labelled Victory as pre-game favourites because of their home advantage.

“It’s going to be a high-tempo game. The game we had against Melbourne City was high-tempo, same against the Wanderers . . . this is going to be no different,” he said.

“This is going to be not only end-to-end but people putting pressure on each other.

“Players get an extra bit of energy from somewhere for these sort of games so I am expecting a real good contest tomorrow.” 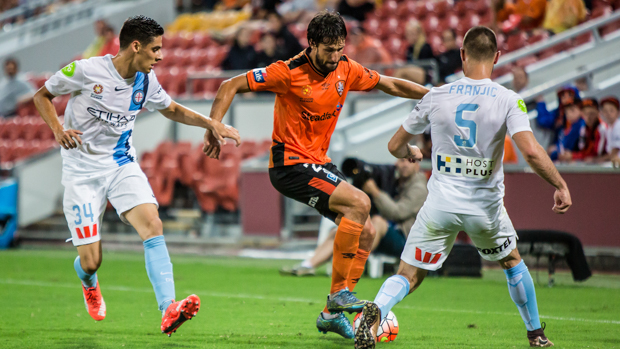 Broich (above) agreed that the Roar will need to be on their best game from the outset.

“We have worked so hard to get to where we are and we want to defend our position (on the table),” he said.

“To be able to do so, we’ve got to beat whatever comes our way so we have to be totally switched on from the first second.

“We know Victory always start really strong and we’ve got to be super-focused. We can’t afford to start slow.

“We got to make sure we are well-structured and we actually control the game. We need long periods of possession.

“So far we have out-possessed every team in the league and if we can do that (against Victory) without the ball, they can’t score.”

The entire Roar squad trained strongly this week including Spaniard Corona, who was substituted as an injury precaution mid-way through the second half last Sunday.

Aloisi today named an 18-man squad that included the return of goalkeeper Michael Theo and defender Luke DeVere (below), who have worked their way back from serious injuries. Both notched 90 minutes with the Youth side last Saturday.

“I am sure they will be better for the minutes they played last week,” he said. 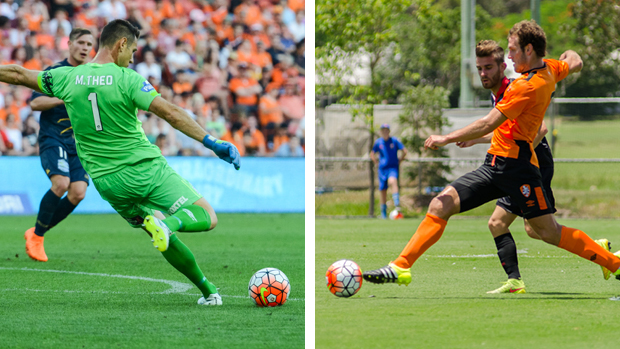 Join the conversation on Twitter using the hash-tag #MVCvBRI