Japanese champions too strong for Roar

Brisbane Roar have suffered a 3-0 defeat against Japanese outfit Kashima Antlers in their AFC Champions League clash on Tuesday night.

After a promising first half, Kashima were too strong as a goal in the shadows of half-time and two quickfire goals late in the second period for the hosts was the difference between the two sides.

The Roar’s efforts were not accurately represented by the 3-0 scoreline as the Roar controlled periods of play against the defending Japanese champions, but were forced to lament missed opportunities.

“I thought we played well in patches but we weren’t clinical enough in front of goal,” captain Matt McKay said.

“We now need to recover well, keep the injuries to a minimum. We operate with a smaller squad than a lot of other Asian teams so if we can keep as many players on the park as possible then hopefully we can pick up some points in this campaign.”

Brisbane had their fair share of possession and regularly threatened the Kashima defence in the opening stages. Brandon Borrello was able to use his pace to break through the line on a number of occasions while suffocating pressure off the ball led to regular turnovers from the hosts.

Brett Holman had the Roar’s best chance of the first half latching on to a beautiful cutback from Borrello. The former Socceroo was able to manouevre his attempt on target but was denied by an outstretched right hand from Kashima keeper Hitoshi Sogahata.

Avram Papadopoulos made his AFC Champions League debut and formed a strong pairing in the centre of defence alongside vice-captain Jade North as well as launching an audacios volley at goal late, releasing the striker pedigree within the Greek international. 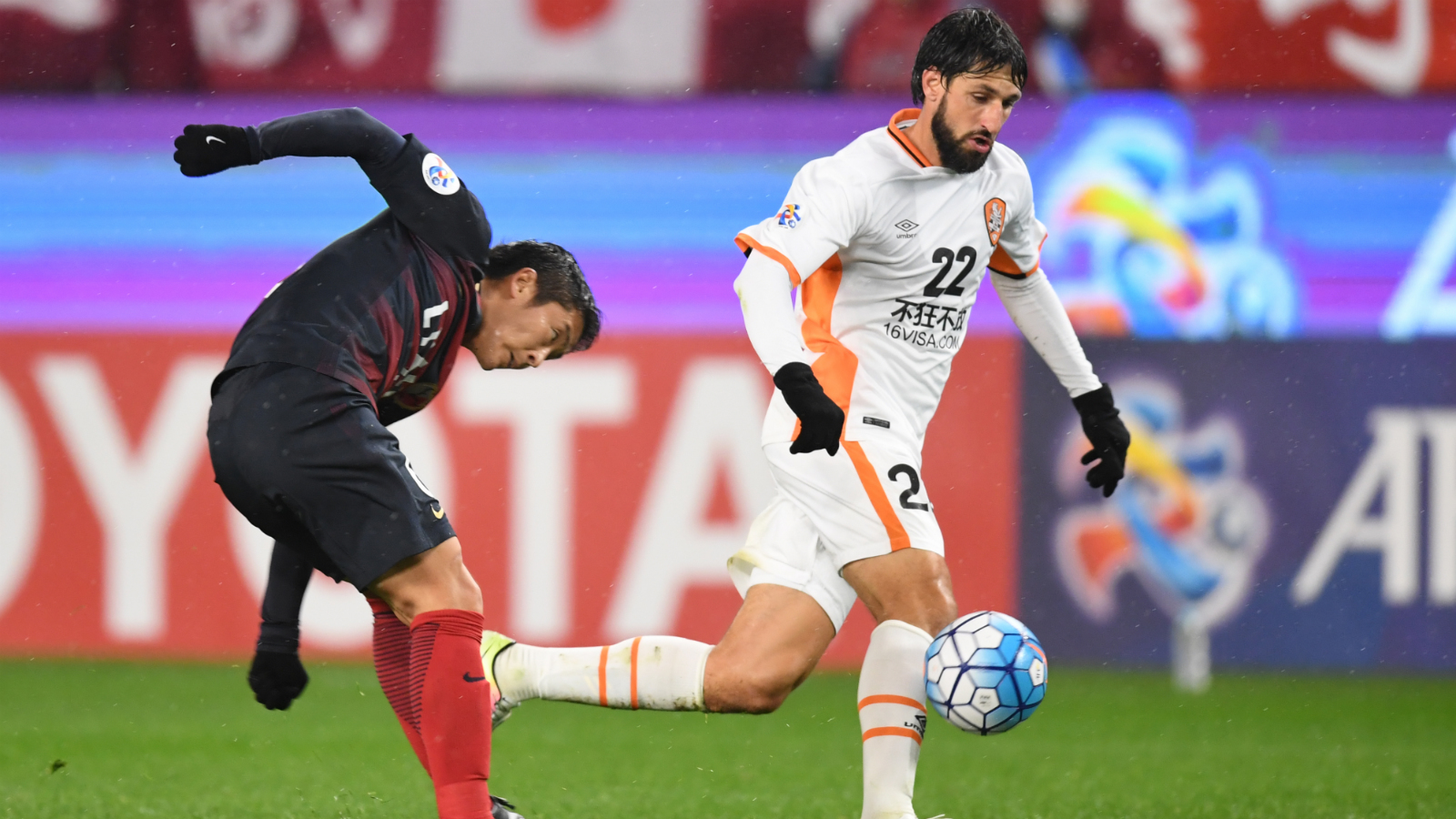 The hosts weren’t without their chances and ultimately broke the deadlock in the shadows of half-time as loose defending in the middle permitted a simple strike for Yuma Suzuki to open the scoring.

The Roar appeared unfazed by the half-time deficit and began the second period on the front foot in search of an equaliser.

The Roar controlled large portions but were the next to concede despite their dominance as Naoimichi Ueda bundled the ball over the line from close range with 15 minutes on the clock, doubling Kashima’s advantage.

After firing a number of close attempts in the first half, Yashushi Endo found the back of the net minutes later to widen the hosts’ advantage to the final margin of three goals.

The Roar remain on one point after three group stage matches while tonight’s other Group E fixture saw Ulsan Hyundai draw 0-0 with Thai side Muangthong United.

43′: Yuma Suzuki latches on to a flat cross from Yukitoshi Ito and opens the scoring with a well-timed volley. 1-0

76′: A scramble in the box ends with Noamichi Ueda tapping in from point-blank range after a battle on the turf with Jamie Young. 2-0

79′: Yasushi Endo gets the better of his defender and fires a shot into the bottom left corner. 3-0 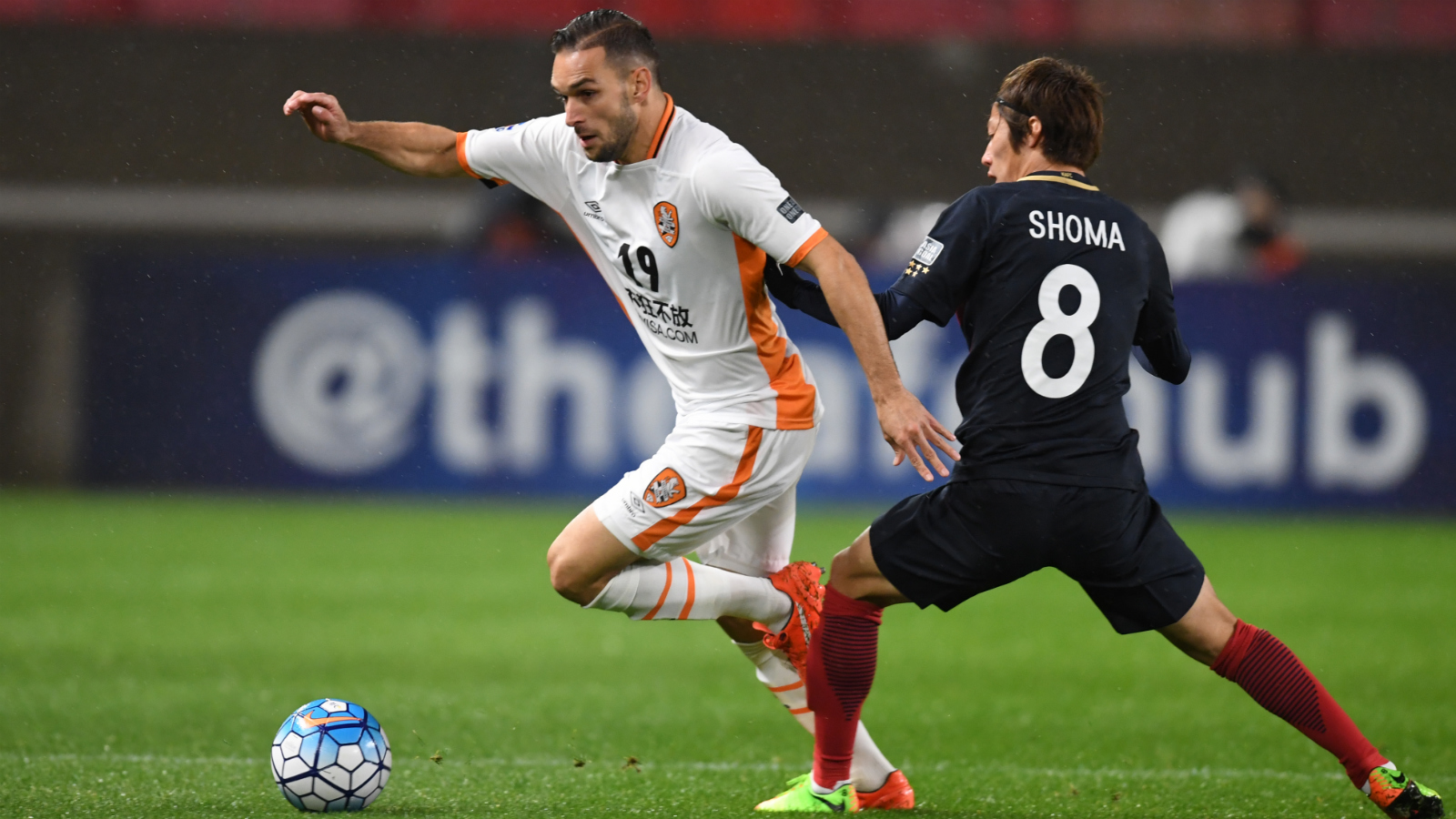 The Roar travel to Adelaide for the last of four succesive away fixtures to play Adelaide United on Sunday afternoon (4pm KO) before returning to Suncorp Stadium to host Melbourne Victory on Saturday, 25 March (6:50pm KO).