In-form striker Jamie Maclaren has special reason to be looking forward to the Roar’s Hyundai A-League home-game opener at Suncorp Stadium on Sunday.

MacLaren scored on his Hyundai A-League debut against Central Coast in November 2013 for Perth Glory.

And the Olyroo is in hot form after he scored a brace on his Roar debut last week in the club’s 3-1 win over Western Sydney Wanderers.

Maclaren also netted a stunning eight goals in the Roar’s pre-season clash against the Gold Coast All Stars.

The 22-year-old, who finished last season with nine goals, is not getting carried away though as the Roar prepare for a tough encounter against the Mariners, who beat Perth 3-2 in their opening fixture.

“Everyone is working hard to do their jobs and play within the structures we have practised in the pre-season. If we do that, we will create more goal-scoring chances,” Maclaren said. 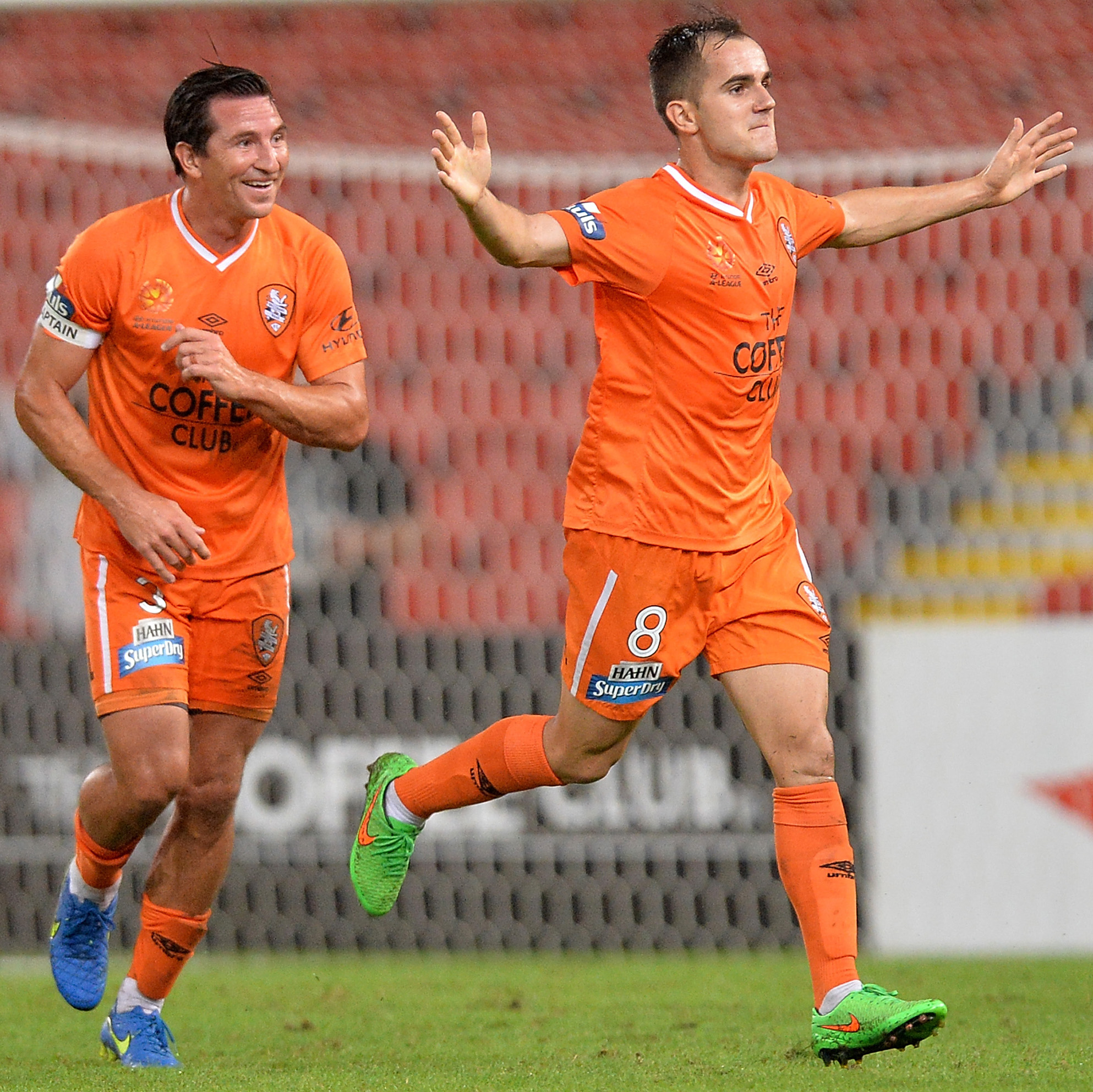 Brisbane has scored 11 goals in their last three Hyundai A-League encounters with the Mariners (W2 D1), including a 6-1 victory at Suncorp Corp Stadium in April. Midfielder Steven Lustica (above) scored a memorable hat-trick in that match.

But the Roar’s record in Sunday games is not good. They have lost six of their last seven games played on a Sunday in the Hyundai A-League.

Roar Head Coach John Aloisi (below) has told his players to forget about their pre-season 3-1 win over the Mariners – a match that was 1-1 at halftime after Central Coast squandered a number of chances that could have given them a lead. 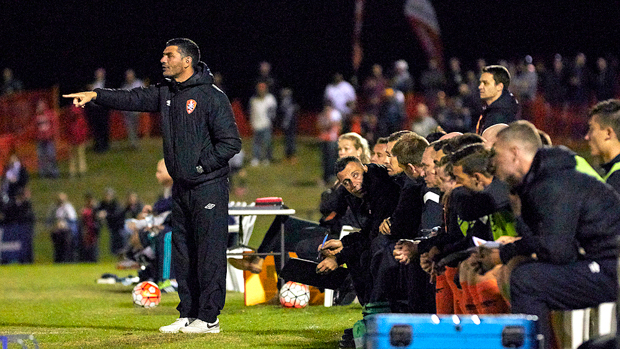 “We have the utmost respect fro the Mariners. This is going to be a touch game,” Aloisi said.

The Roar’s international marquee Thomas Broich this week paid tribute to the intense match preparation the squad has been doing under Aloisi.

“He’s got a plan for every situation there is in a game of football. It’s easy then for us to know what he expects and to actually put into place what we’ve been working on. It’s very structured and clear.

“It certainly takes a while … we’re not quite there yet. But we’re improving every day now and I put that down to his overall vision and his preparation for every single video session, conditioning session, training session.”