Brisbane Roar will look to capitalise on playing four of their final six games at home as they bid to get their Hyundai A-League season back on track.

The Roar endured a second consecutive defeat today when they couldn’t stop the revived Adelaide United, who notched a club-record 13th game without loss with a 3-0 win over Brisbane.

The visitors, who made three changes to the side that lost the previous week to Perth, went into the match with an enviable record at Cooper’s Stadium with seven wins in their last eight games at the venue.

After weathering a strong start by the home side, the Roar began to dominate possession (81 per cent at one stage) but couldn’t turn the advantage into a goal.

In contrast, the Reds counter-attacked with venom.

Once the home side got their noses in front, the Roar were forced to chase the game and were never able to dominate despite plenty of ball in the second stanza.

Their mistakes were punished again, just like in Perth, and when possession was twice given up in their own half, Adelaide made the Roar pay by reacting quickly and turning chances into goals.

38′: The Roar were dominating possession but a piercing cross-field ball by Marcelo Carrusca down the right flank opens the Brisbane defence. A nice pass is played into the box to Sergio Cirio, who cuts back for Bruce Kamau to side-foot into the far side of the goal. 0-1

50′: Corona gives up possession in the Roar’s half. Stefan Mauk swings the ball to the left to find Bruce Kamau who cuts in and hits a left-foot shot. Roar keeper Michael Theo can only parry away the effort and it falls at the feet of Brice Djite who drives the ball into the open net. 0-2

81′: The Roar gives up possession just outside the penalty box. Adelaide quickly plays Brice Djite into the area and his shot is deflected across the goalmouth where Reds substitute Pablo Sanchez side-foots into an open goal. 0-3 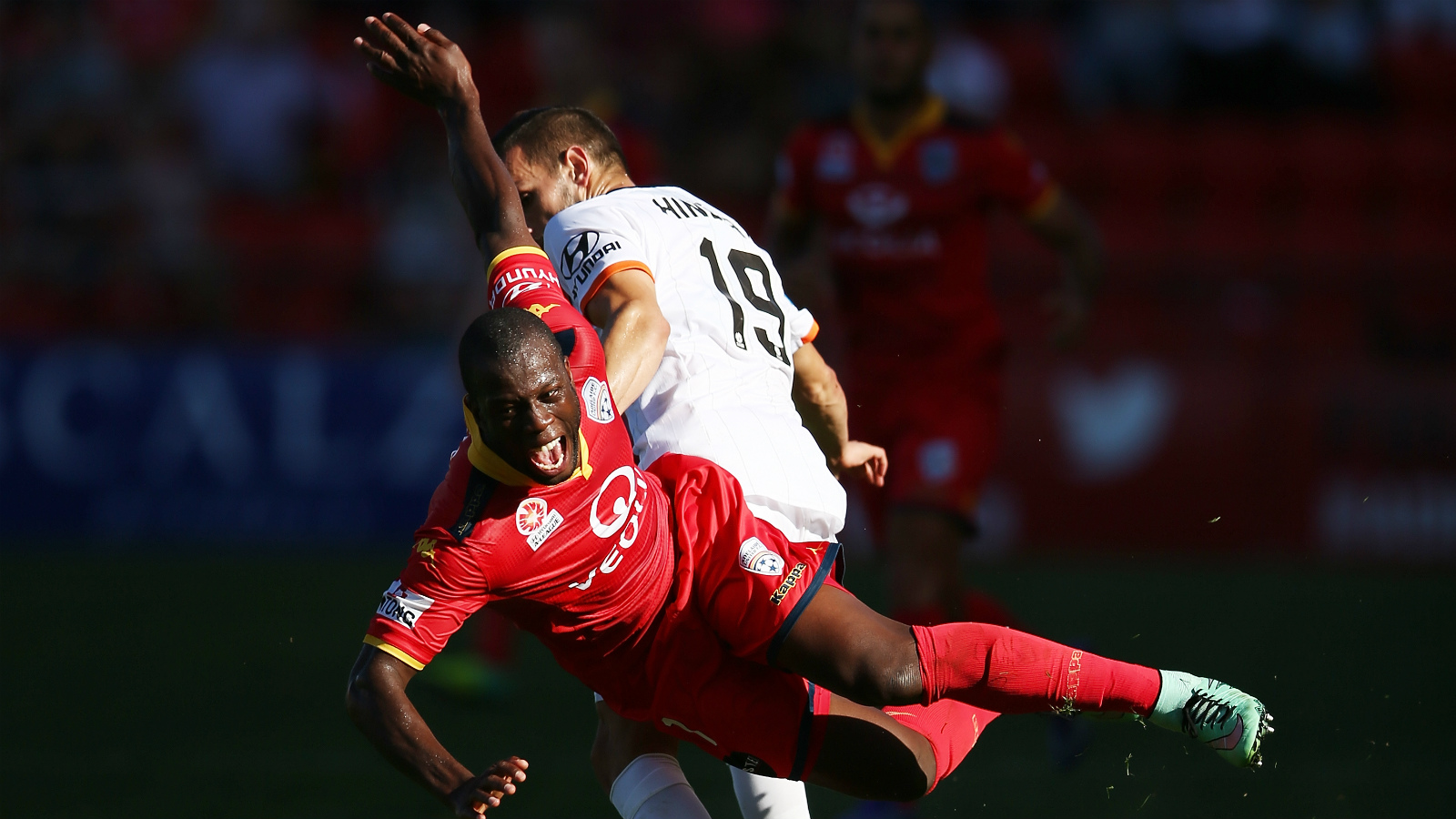 Everyone seems to have an opinion on how we have played over the past fortnight but the important thing now is to stay united and support the boys in the run of home games we have over the next month.

Brisbane Roar Head Coach JOHN ALOISI: “We are not going to stop playing the way we know how to play but we have to get better at it and not make those mistakes in dangerous areas like we did.

“We’ve come from playing a different way last season and we’ve changed it this season and players are still getting used to what we are trying to do in terms iof our structures and we are looking to improve all the time.

“This is where the group has to stay strong and keep on believing in what we are doing and they showed me tonight – the real posiitve thing they showed me tonight, the real postitive thing is they still believe in what they are doing and even when we went 0-3 down, I didn’t see one player drop their heads. They kept on going, kept on trying, created chances. Adelaide tried to catch us on the break and they did a few times.”

All four matches could easily be a preview to an April final. To book your tickets to the three huge home games in March, including the special three-game pack offer, click here 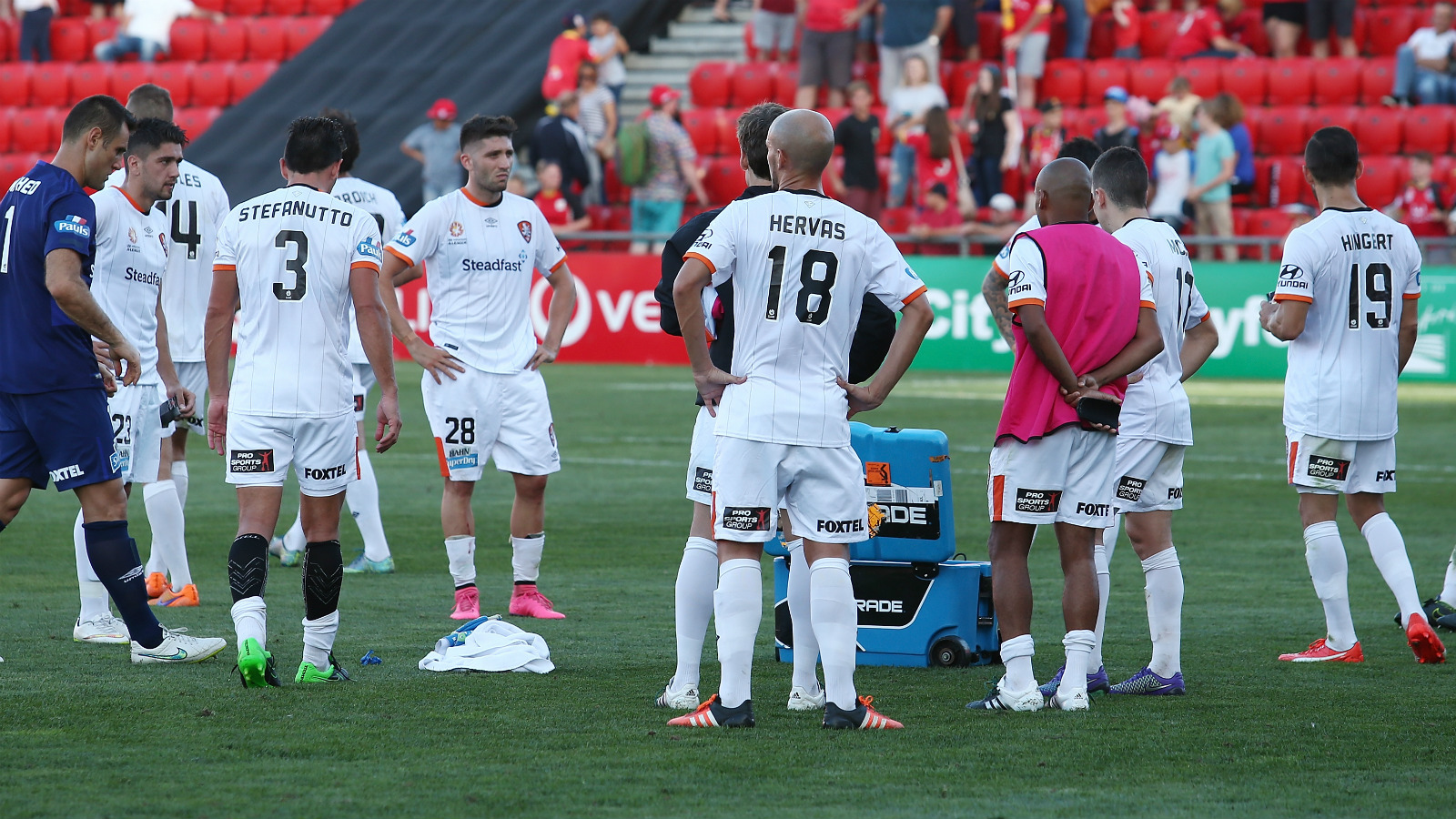