Head Coach John Aloisi was pleased with his squad’s performance and took many positives out of today’s match against Western Sydney Wanderers at CBUS Super Stadium on the Gold Coast. PHOTOS: Claire Vaitkus

The Roar went down 2-1 but with the squad in only their third week of pre-season training, Aloisi was pleased with how the first pre-season match went and is looking forward to seeing the team improve over the coming weeks.

“For the first game and our first hit-out it was a really good performance,” Aloisi said.

“At this stage of pre-season, even though you want to win, it’s not about the complete performance. It’s more about working on the stuff we’ve been doing at training.”

Brisbane threatened throughout the match creating numerous attacking opptunities. Tommy Oar was at the forefront of a number of these chances and continually caused problems down the left for the Wanderers defence in the first half.

Aloisi praised the contributions from a number of the Roar’s younger players.

“I thought Adam Sawyer was great as were Joey Caletti and Connor O’Toole. I thought Kye Rowles’ decision making coming out of defence was really good too,” Aloisi said. 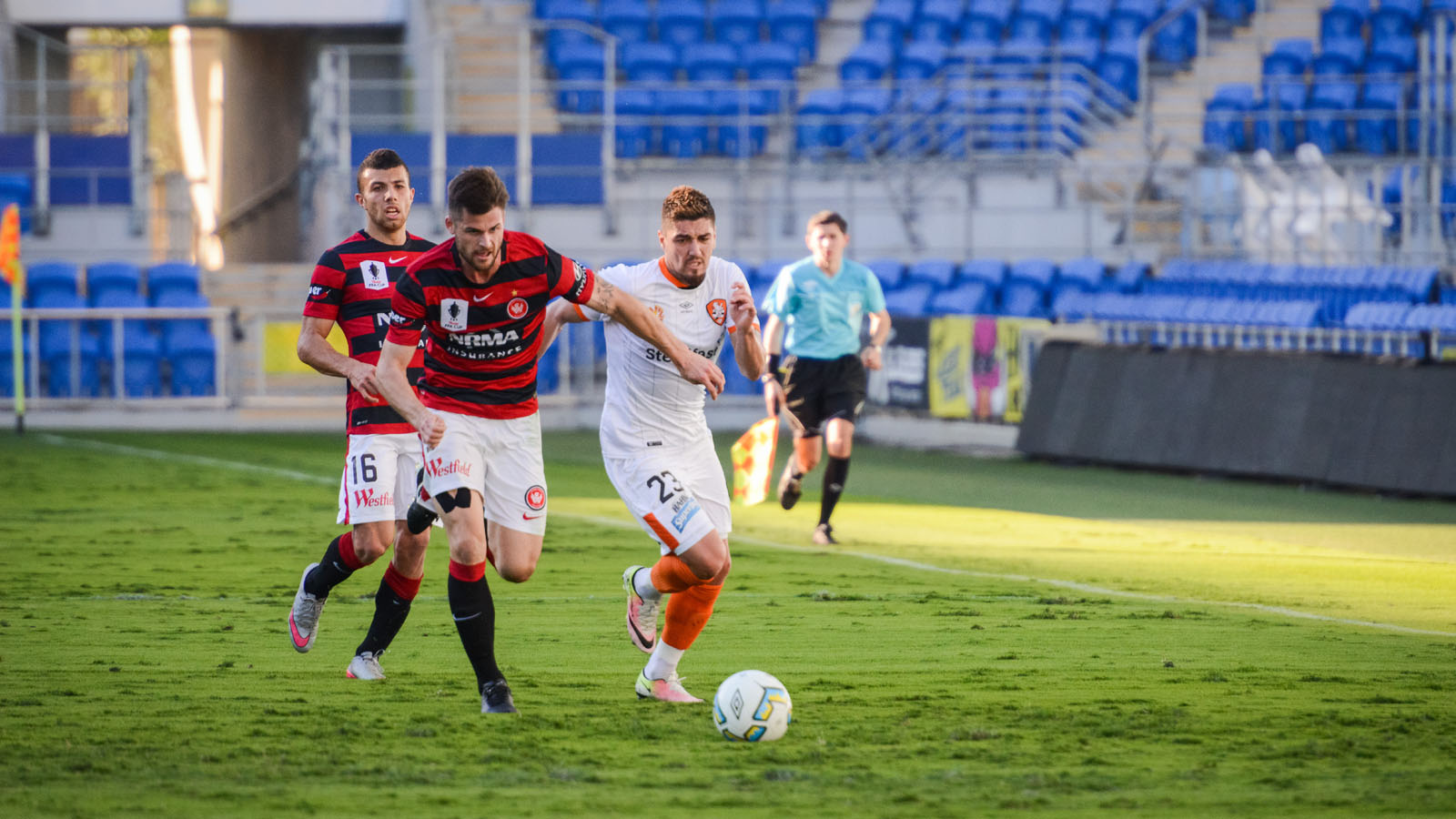 The Wanderers took the lead after 17 minutes through Mario Shabow before Jaushua Sotirio doubled the lead nine minutes later.

The Roar dominated large parts of the first half and began the second period in similar fashion.

Half-time substitute Thomas Broich capitalised on the Roar’s dominance seven minutes into the second period when he buried an errand Wanderers clearance from 15m.

The Roar continued to play an impressive high-pressing game and were desperately unlucky to not score again. Brandon Borrello had a shot blocked from point-blank range shortly after the hour mark before Dimitri Petratos forced a strong save from Jerrad Tyson moments later.

Ten changes at half-time and early in the second half allowed the Roar to experiment with a number of different combinations with only Cameron Crestani playing the full 90 minutes.

The young central defender denied Brendan Hamill an early goal with a superb goal-line clearance and was influential in Brisbane’s last line throughout the encounter. 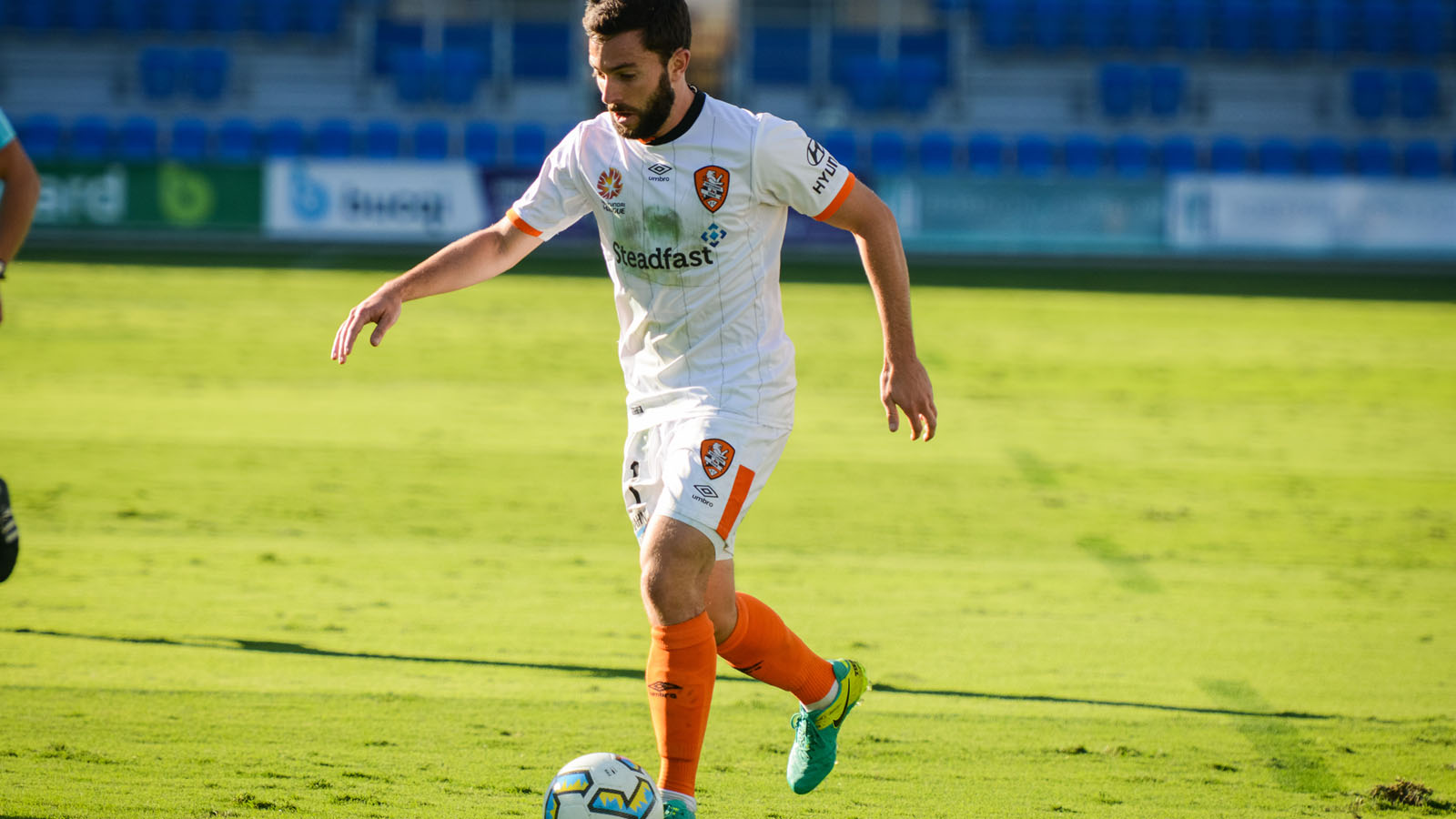 15’: CHANCE WANDERERS: Brendan Hamill powerfully heads towards goal from 10m but his shot is acrobatically cleared off the line by Cameron Crestani.

17’: GOAL WANDERERS: Hamill finds himself in behind the Roar defence and passes inside to Mitch Nichols whose first-time ball into the centre is scrambled home by Mario Shabow. 0-1

26’: GOAL WANDERERS: Lachlan Scott is played down the left-hand channel and his cross finds Jaushua Sotirio who takes a touch, swivels and finds the bottom corner. 0-2

27’: CHANCE WANDERERS: Sotirio is played in behind the Roar’s last line and finds himself one-on-one with Michael Theo who saves well.

30’: CHANCE ROAR: Tommy Oar continues to be dangerous on the left wing for the Roar. His powerful cross is deflected into the hands of Andrew Redmayne

38’: CHANCE ROAR: Jamie Maclaren creates space to shoot on the edge of the area and his curling shot drifts just wide of the right post.

42’: CHANCE WANDERERS: Baccus beats a group of Roar defenders and finds Mitch Nichols whose misguided cross has to be tipped behind by Theo.

63’: CHANCE ROAR: Hingert finds Borrello on the edge of the six yard box whose shot is blocked. The rebound falls to Broich, whose neat pass finds Dimitri Petratos and his powerful shot is tipped wide. 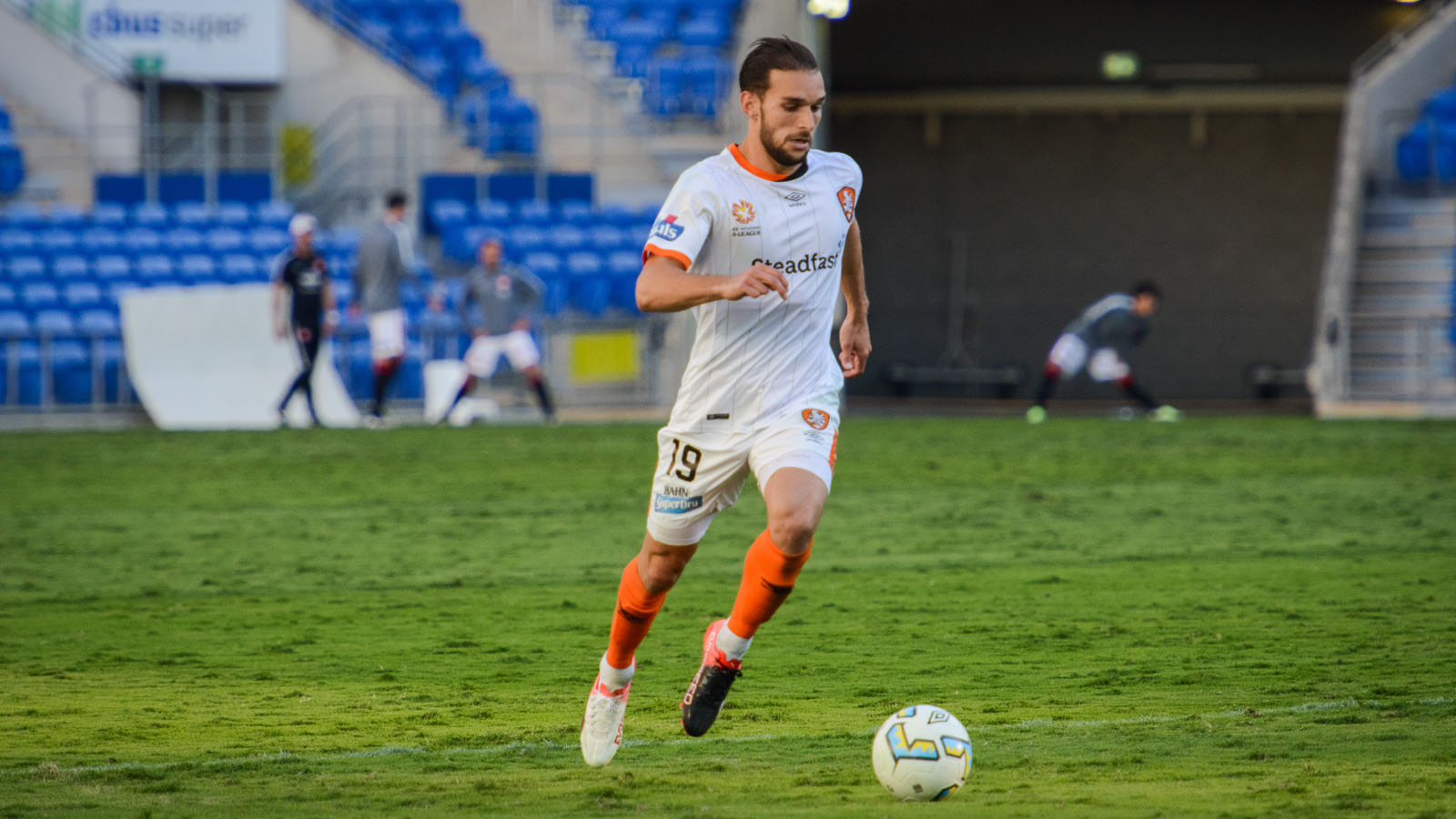 Brisbane Roar Head Coach JOHN ALOISI: “We’ve got a lot of young boys playing against good opposition and there were a lot of good moments.

“I felt we created good openings. There’s still a few things to work on but that’s normal in pre-season, but it went a lot better than I expected.

“I thought Tommy Oar caused a lot of problems in the first half on the left side and in the second half we created more good opportunities.

On forward Joey Katebian: “I thought he was unlucky not to score, but he’s always in the right positions.

“We’ll have an internal game to see where a few of the boys are at physically before the [Westfield FFA] Cup game.”

The boys return to training in preparation for a Westfield FFA Cup Round of 32 clash against Perth Glory at Ballymore Stadium on Wednesday, 10 August (7:30pm KO).