MATCH REPORT: Victory progress to the Round of 16

Melbourne Victory have defeated Brisbane Roar 5-1 in a clinical display on Wednesday night in the Westfield FFA Cup Round of 32 match at Perry Park.

A 3,184 strong-crowd turned out to see the two Hyundai A-League giants compete against each other for the first time in Westfield FFA Cup history.

“We tried to play our football and I thought at times we got into really good areas but the final execution wasn’t quite there and they made us pay,” Head Coach John Aloisi said.

“The boys kept on going and the game was good preparation for the season. We played with four young boys and it was a good experience for them.

“We want to win always but we didn’t want to risk players that weren’t quite ready so it was a good opportunity to see what the young boys could do.” 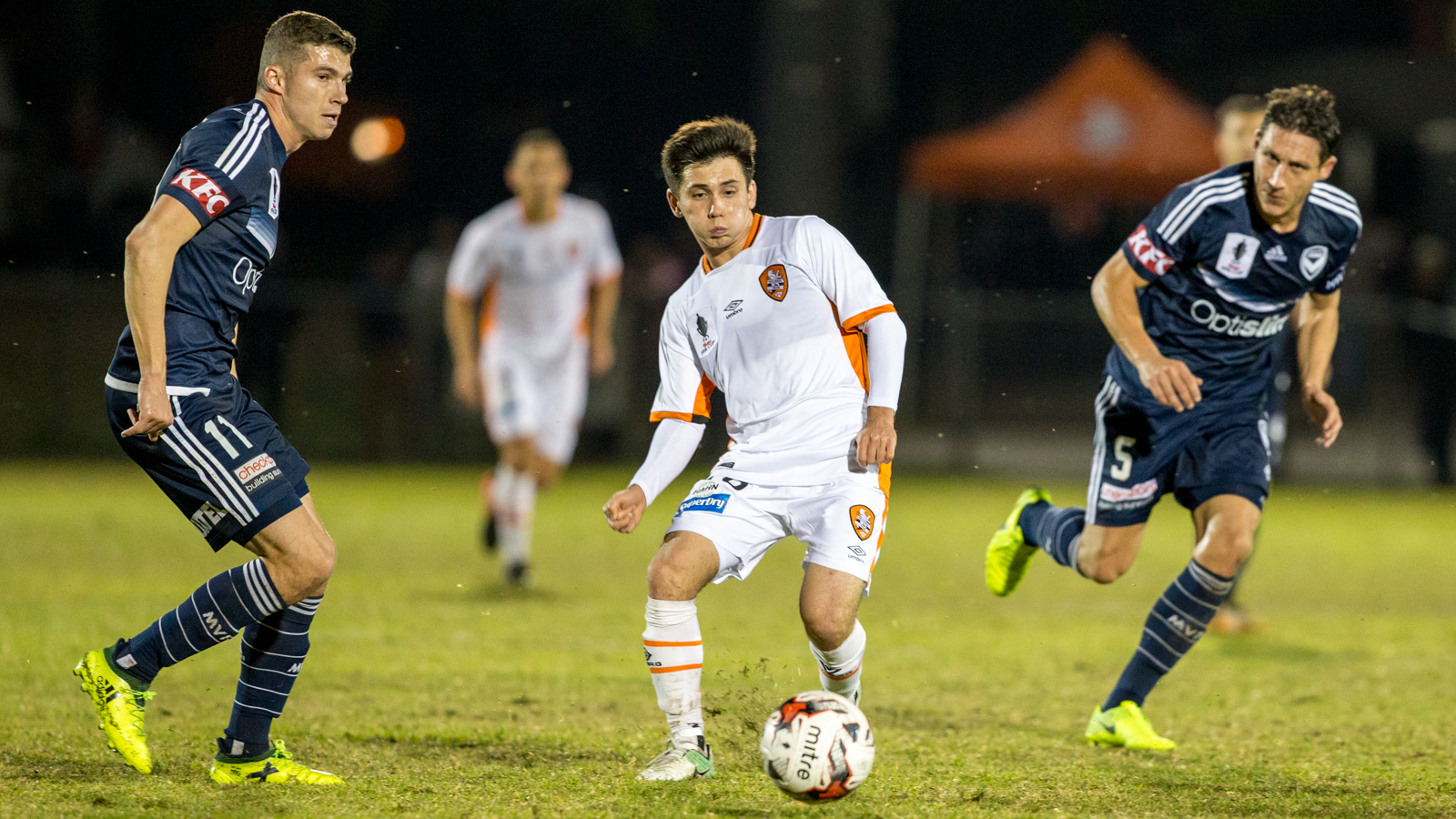 Victory left-sided attacker Mitch Austin put the away side in front in the 26th minute with a close-range finish after Roar stopper Jamie Young could only parry a Kosta Barbarouses effort.

Victory’s lead was doubled ten minutes before the break with James Troisi’s curling effort outside the box finding the net after a defensive mistake from Brisbane.

The Roar’s grip on the contest was lost within five minutes of the second half courtesy of two penalties to the away side.

Berisha wrapped up Victory’s performance with his second goal of the match and twelfth in the Westfield FFA Cup with a fine chipped effort in the 74th minute.

Aloisi’s side continued to press forward in the closing stages and were rewarded for their efforts when former Queens Park Rangers attacker Peter Skapetis lit up the crowd at Perry Park with a memorable long range strike to put the home side on the scoreboard.

Brisbane’s Hyundai A-League side will now return to the training park and prepare for the October 6 season opener against Melbourne City at AAMI Park. 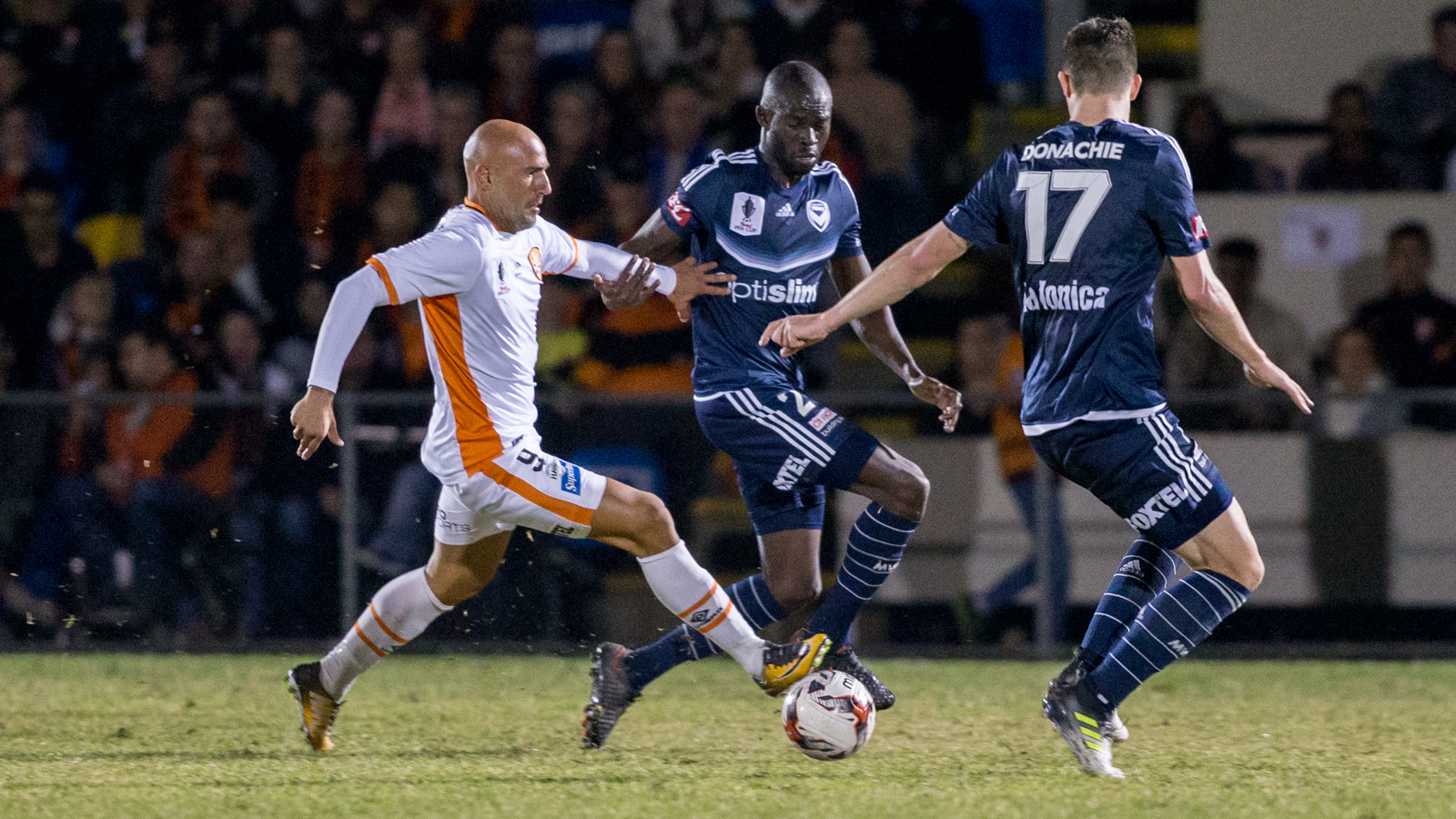 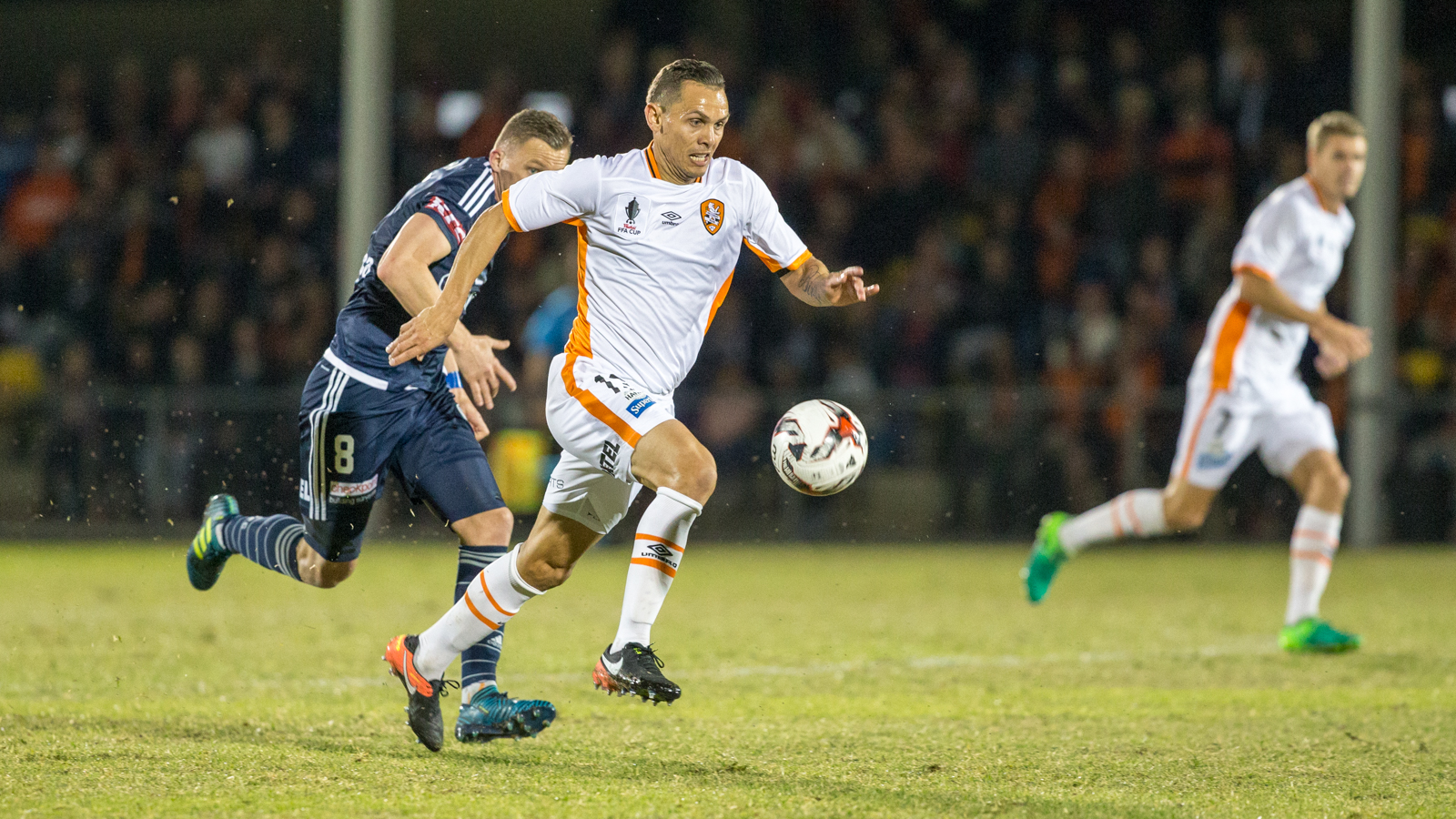 The away side opens the scoring at Perry Park as Kosta Barbarouses’ shot is parried by Young, allowing pacey winger Mitchell Austin an easy tap-in at the near post.

Victory’s, James Troisi takes advantage of a Roar defensive error, clinically finishing past Jamie Young from outside the box.

Jack Hingert is adjudged to have committed a foul in the box and Besart Berisha steps up to the penalty spot and confidently slots it past Young into the left-side of the net.

Almost immediately after the first penalty, the referee awards Melbourne Victory a second spot kick, with Mark Milligan making no mistake, firing it into the Roar net.

Besart Berisha secures a second-half brace as the striker is played through on goal and delicately finishes with a neatly-timed chip.

In a display of the Roar’s perseverance, Peter Skapetis gets the home side on the scoreboard and fires home with a memorable long-range effort that leaves keeper Lawrence Thomas with no chance.