A stunning comeback season by Brisbane Roar Women has ended with a heart-breaking 5-4 penalty shoot-out loss to Melbourne City in their Westfield W-League Semi-Final today.

The Roar Women went into the match given very little chance by many pundits of upsetting the undefeated Premiers but emerged after a scoreless 120 minutes to an avalanche of plaudits for their heroic defence and never-say-die attitude.

“The way they stood up today and the way they brought the game to Melbourne City, they showed what we are made of and that’s Brisbane Roar to the core,” said Coach Belinda Wilson.

The Roar Women weathered an opening onslaught from the home side and finished the first half having had only 34 per cent possession.

Outstanding defence from the back four – in particular the central duo of Captain Clare Polkinghorne and Ruth Blackburn along with repeated heroics between the sticks by goalkeeper Haley Kopmeyer – repeatedly denied City.

The determination and belief within the Roar Women showed when, by late in the second half, they had turned around the possession stats and were dominating their high-flying rivals.

Kopmeyer made a string of world-class saves in the dying minutes to force extra time and few could have predicted the Roar Women – who endured a mid-season run of five consecutive losses – would take the undefeated Premiers to a penalty shoot-out for a place in the Grand Final. 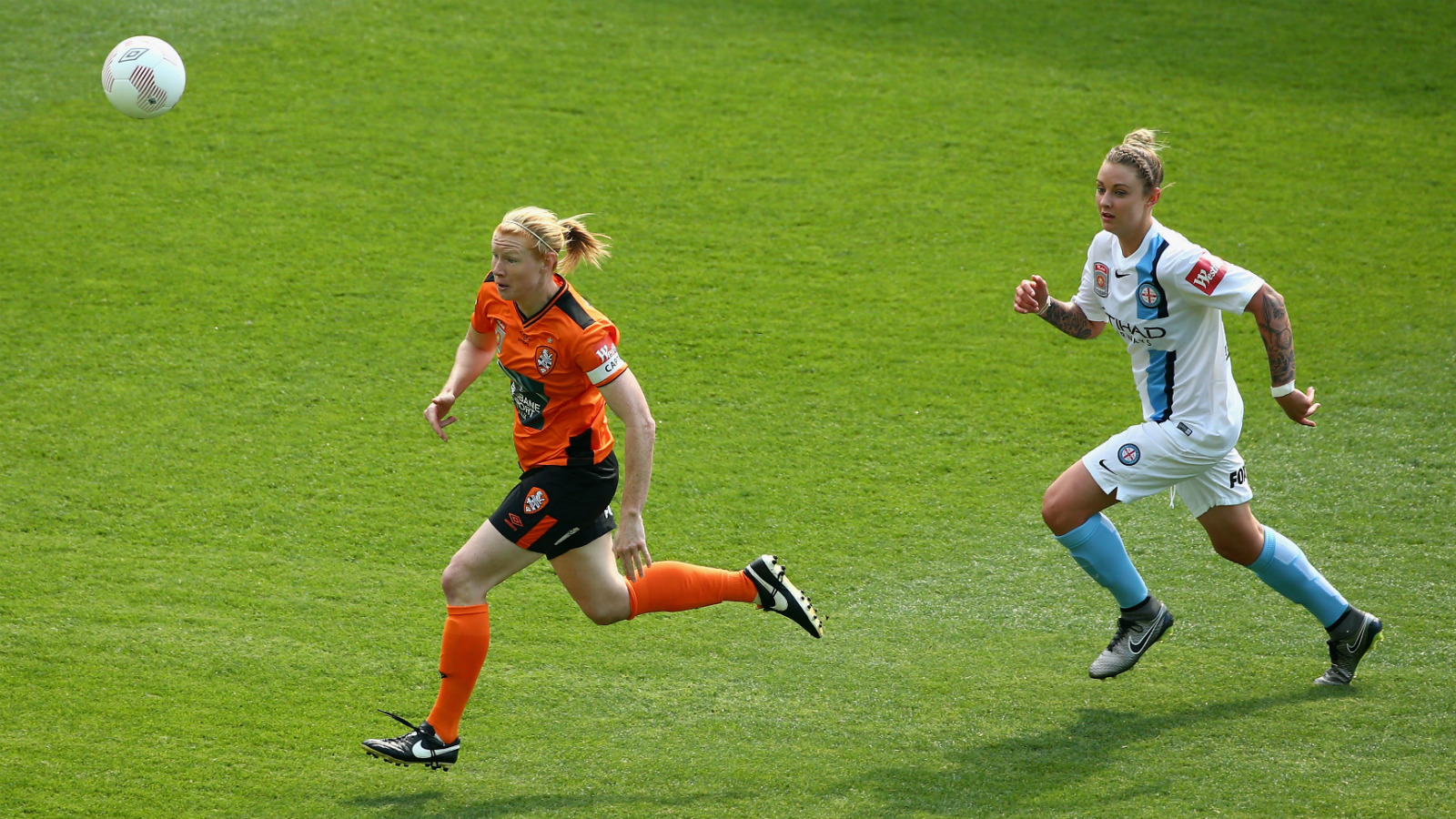 Roar Women Captain and player of the match  Clare Polkinghorne (above), echoed the entire squad’s support for teenager Angela Beard, whose shot onto the woodwork decided the outcome.

“It is disappointing for her but she’s probably been one of our most consistent players all year and today she kept us in the game I don’t know how many times,” Polkinghorne said.

“She saved us so we are going to hold our heads high and be proud of the effort we put in.

“We will be there for her because she has a really bright career ahead of her. She’s only 18 years old and she’s going to be a real force in Australian football.”

There were none but this highly entertaining game was more about stoic defence, diehard resilience, determination and pride in the Orange.

In the end, we were denied by the woodwork in a penalty shoot-out in a game to remember.

Everyone felt for teenager Angie Beard after her penalty rattled the crossbar and bounced out. Her Roar team-mates rallied around her, and in a show of wonderful sportsmanship, so too did many of the Melbourne City players, including winning penalty taker Lisa DeVanna (below).

Beard is not the first player to miss a penalty attempt in a shoot out and will come back next season as a stronger and mentally tougher player. 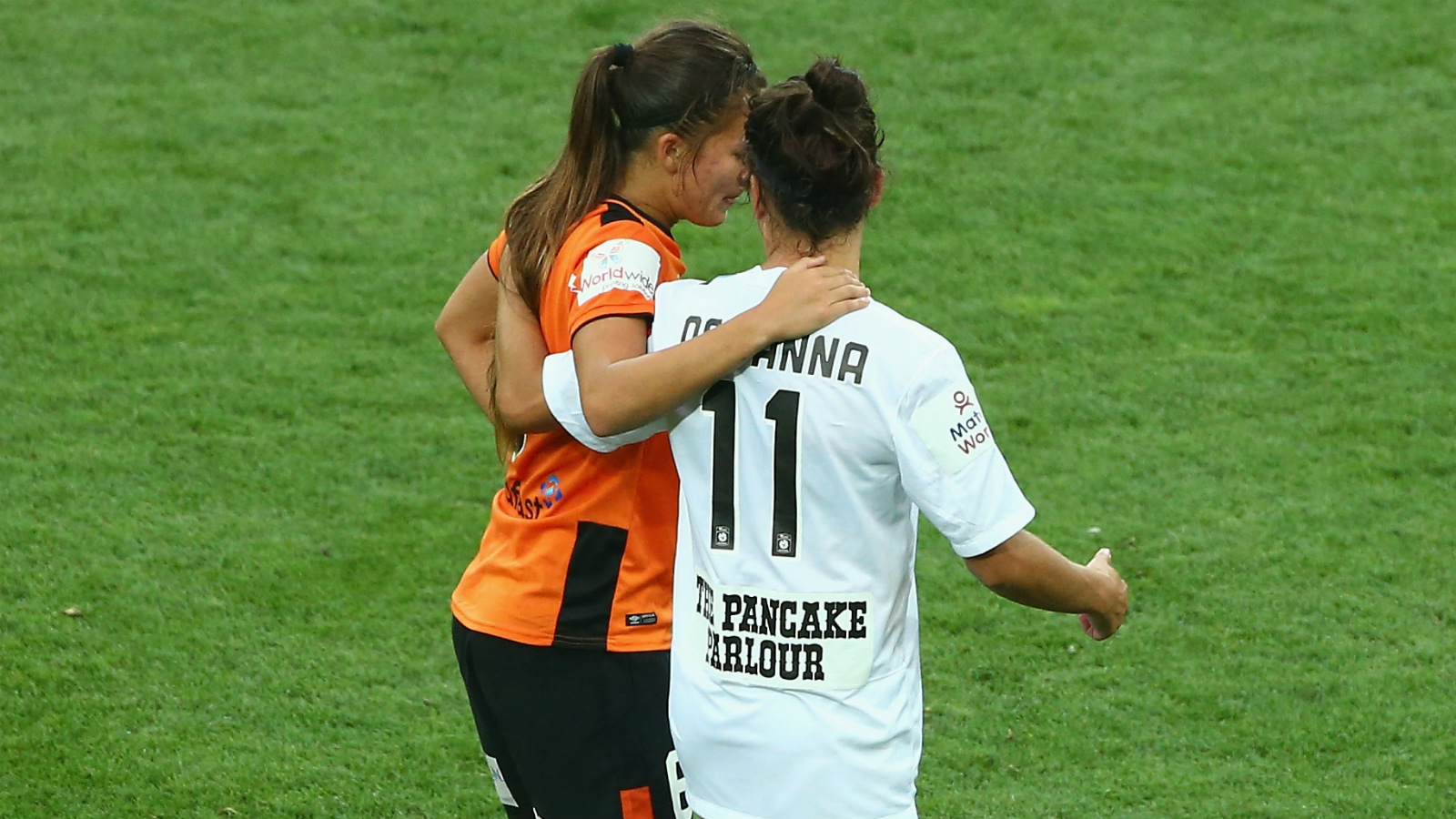 Roar Women coach BELINDA WILSON: “We showed a lot of humility and and lot of relentlessness, we were hard and there was a lot of pride out there in the jersey.”

Roar Women Captain CLARE POLKINGHORNE: “Going into the game, pretty much everyone had written us off. The one thing is we had the belief in ourselves and we knew that we were playing for each other and we were playing for the badge that was on our jersey and I couldn’t be any more proud of the girls. We took it took it them for 120 minutes and in the end we were running over the top of them.

“That’s the highlight of our game for the 120 minutes, we just kept turning up for each other, everybody was putting their body on the line for each other.”

On the new players stepping up this season: “We’ve had a really rich history of producing high quality players . . . the eight (players) that have left (in the last off-season) have left spots open for the younger girls to grab their opportunities and every single one of them that has come in have proved they are worth their spot in this team.”

The Roar Women coaching staff will conduct their season review and then begin planning for next season with the girls back in training in March. 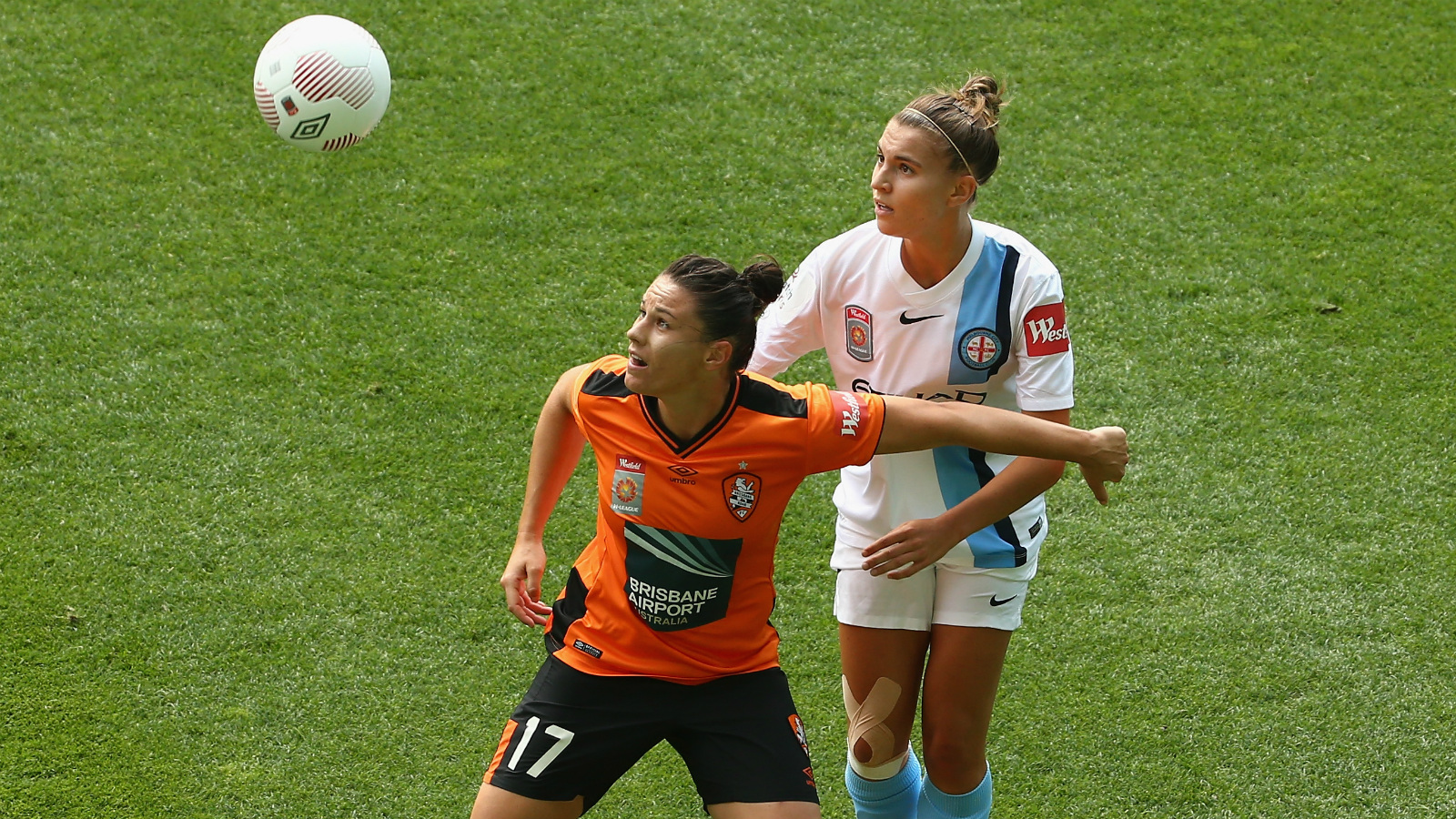