New surface has Roar buzzing ahead of City clash

The re-laid Suncorp Stadium pitch has received a resounding thumbs up from the Roar coaches and players after the squad trained there this morning.

The grass was deliberately left a little long and there was still considerable moisture in the ground after a Christmas Eve downpour which result in a few small divots turned during training. But the pitch is well-grassed and flat.

Roar Head Coach John Aloisi expects a fast surface once it gets a final mow before tomorrow’s Round 12 Hyundai A-League clash against Melbourne City (6pm kick off).

The game is second (Roar) versus third on the ladder and the team with best home record against the side with the best form on the road. Tickets are still available and can be secured NOW by clicking here.

“Our last two games the pitch has been dry and it’s been a little bit slow. Tomorrow night it is going to be a very quick game,” Aloisi said.

“Both sides like to play attacking football. Melbourne City over the last four games, their strike force at the moment is the best in the league. They can score at will.

“We also know they can counter very well. But we are focused on what we have to do.

“We have to make sure defensively our structures are good; in attack we are creating chances; and we are moving the ball around well.

“At home, in front of a big crowd, we’re looking forward to a really good game. It should be a good spectacle for the fans and the people watching on TV.” 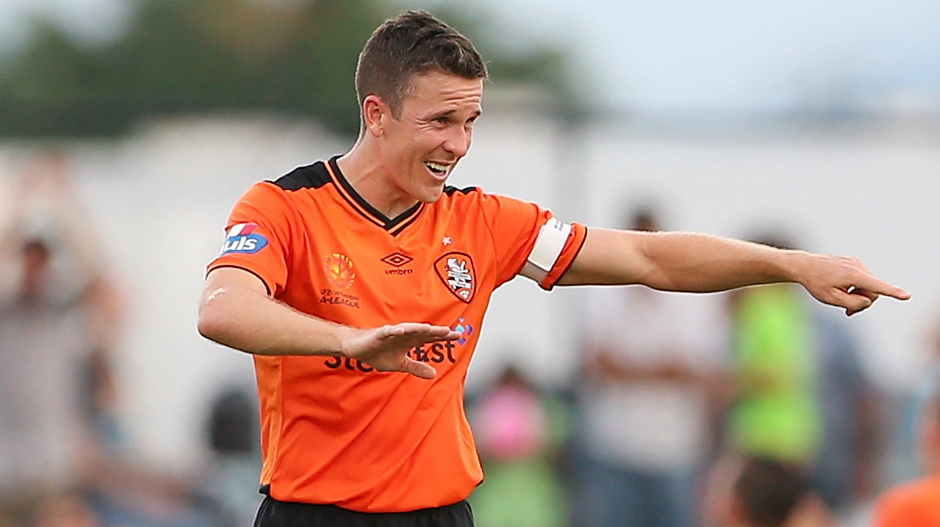 Roar captain Matt McKay (above) said the team was delighted to be back at home and four weeks on the road.

“We are very comfortable here. We have had some good performances here this season. The surface is looking good and we are looking forward to tomorrow night, ” McKay said.

“I am sure our supporters will appreciate the good surface.”

The Roar’s No.17 expects battles all over the park against the in-form Melbourne City, who have won four on the trot since a 1-1 draw with Brisbane on 20 November.

He says the mind-set and the focus within the squad has them well-prepared to win big clashes such as tomorrow’s match of the round.

“All the coaching staff, all the player have the right attitude … we have got a team that will pull out good performances each week which is what we need (to win trophies),” he said.