Roar dig deep for point in the west

Brisbane Roar have taken a point from a sapping contest with Perth Glory at NIB Stadium on Saturday night.

In hot conditions in Perth, the Roar were forced to dig deep against the Glory for a 2-2 draw in Michael Theo’s 150th Hyundai A-League match for the club.

The Roar’s next generation were on show as young guns Joe Caletti and Cameron Crestani made their Hyundai A-League debuts while 17-year-old Dane Ingham became the fourth-youngest goalscorer in the competition’s history in his second game.

Thomas Broich was awarded NAB Man of the Match and the German credited a gritty whole-team performance in testing circumstances.

“Overall it was a good performance. Considering we had so many young players playing tonight, it was a really positive performance,” Broich said.

“We had a number of players missing and it was time for everyone to step up and the boys did a terrific job.”

The Roar played a large portion of the opening minutes with 10-men as captain Matt McKay was forced off to attend to an injury sustained from a stray elbow from Chris Harold, a foul which earned the Glory player a yellow card.

Number nine Jamie Maclaren looked in dangerous form in the early stages, beating Liam Reddy with two attempts only to see both rebound behind off the upright. 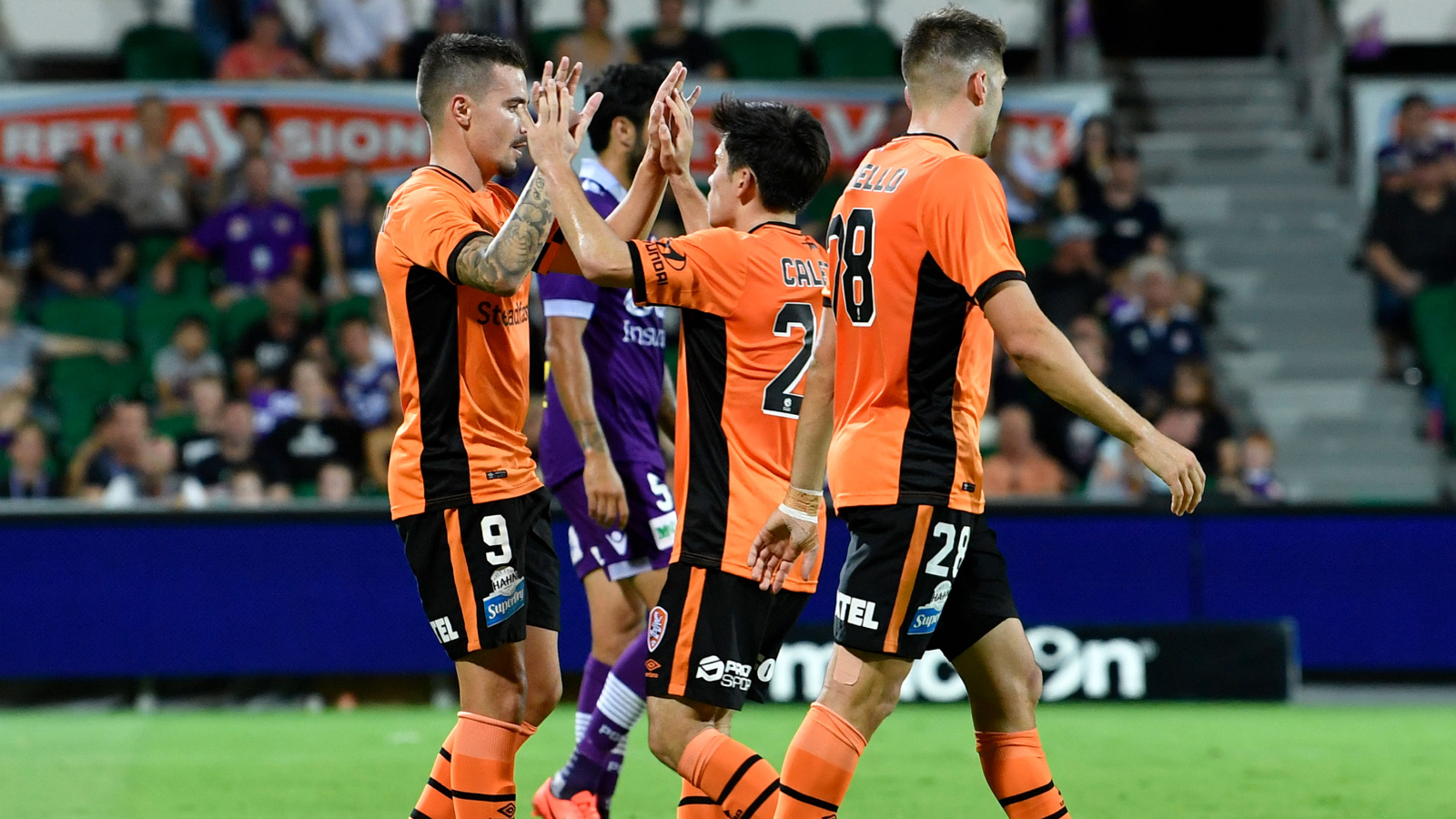 It was third time lucky for the former Glory striker, being the first to react as the ball hit the deck close to goal, poking home past Liam Reddy to extend his scoring streak against the Glory to four matches.

A slice of fortune aided the Glory in the lead-up to their 38th minute equaliser as the ball appeared to have gone out for a goalkick before Nebojsa Marinkovic curled an attempt inside the right post.

The Roar’s response was immediate and beautiful. A delightful string of intricate passes was finished with a driven shot across goal into the bottom left corner from second-gamer Ingham.

The Roar took a 2-1 lead into the break which lasted just four minutes after the restart as Adam Taggart finished off a well-worked move for the Glory from close range.

The introduction of Brett Holman almost brought about immediate change as the midfielder’s through ball split the Glory defence but an outstretched leg from Liam Reddy ensured scores remained even.

Chances began to flow at both ends as players began to feel the pinch on a warm night in Perth.

Two goal-line interjections from Matt McKay in the space of two minutes denied Chris Harold from striking at goal as the Glory piled on the pressure in search of a go-ahead goal.

Milestone-man Theo was forced into a number of strong saves in the dying stages as the Roar held on valiantly for a well-earned point in the west. 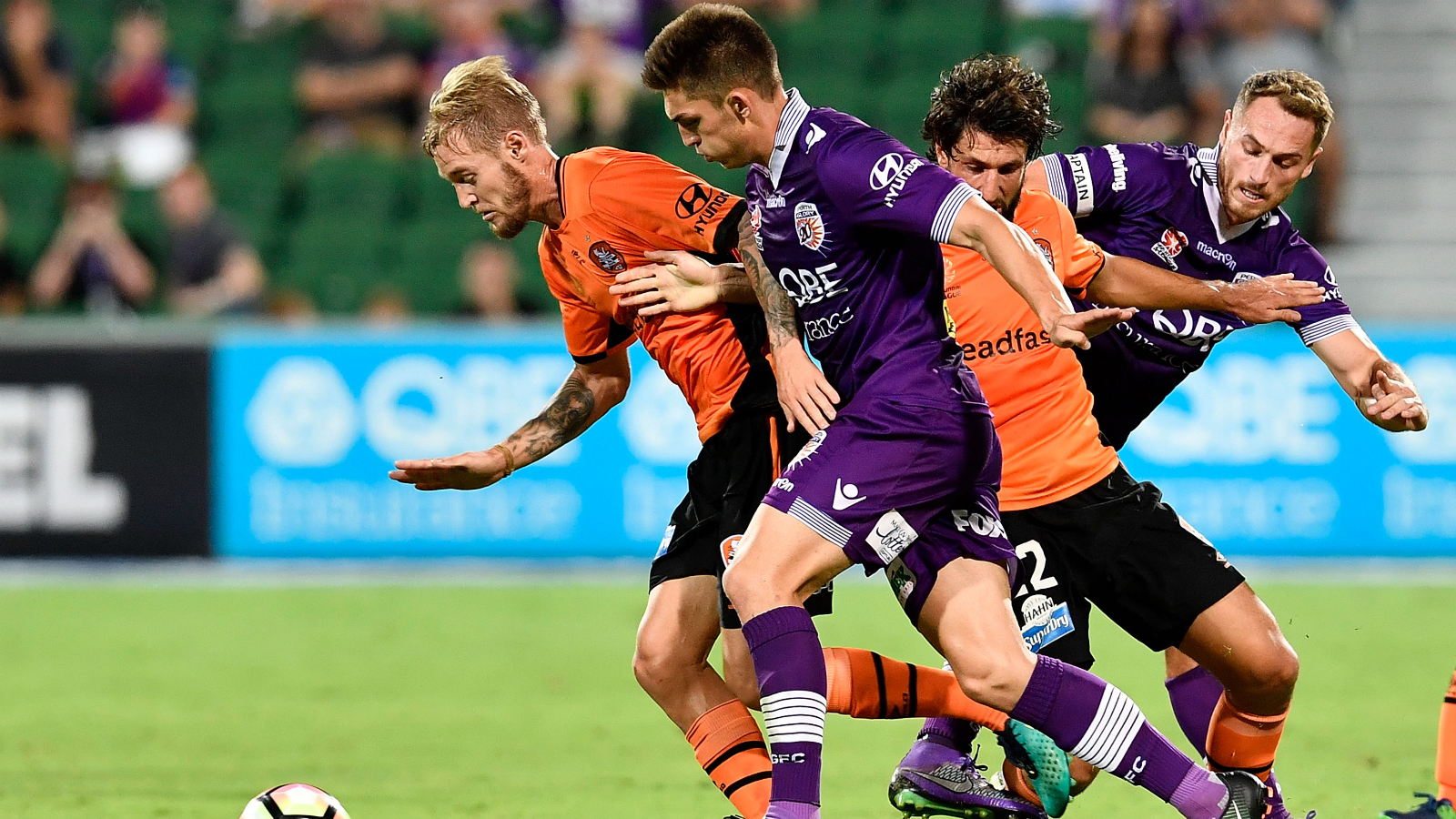 31′: Thomas Broich curls ball to the penalty spot where Jamie Maclaren and Rhys Williams rise to contest in the air. Maclaren is the first to react as the ball drops, sticking out a boot and firing Brisbane into the lead. 0-1

38′: Nebojsa Marinkovic equalises for the Glory, curling a shot inside the right post from the edge of the area. 1-1

40′: What a reply! Dane Ingham gets his first Hyundai A-League goal at the end of an incredible build-up play from the visitors . 1-2

48′: One-touch build-up play from the Glory ends in a simple tap-in for Adam Taggart. 2-2

The Roar begin their AFC Champions League campaign with an opening fixture against Muangthong United on Tuesday night at Suncorp Stadium (8pm KO) before another home fixture, this time in the Hyundai A-League against Wellington Phoenix on Saturday, 25 February (4:35pm KO). 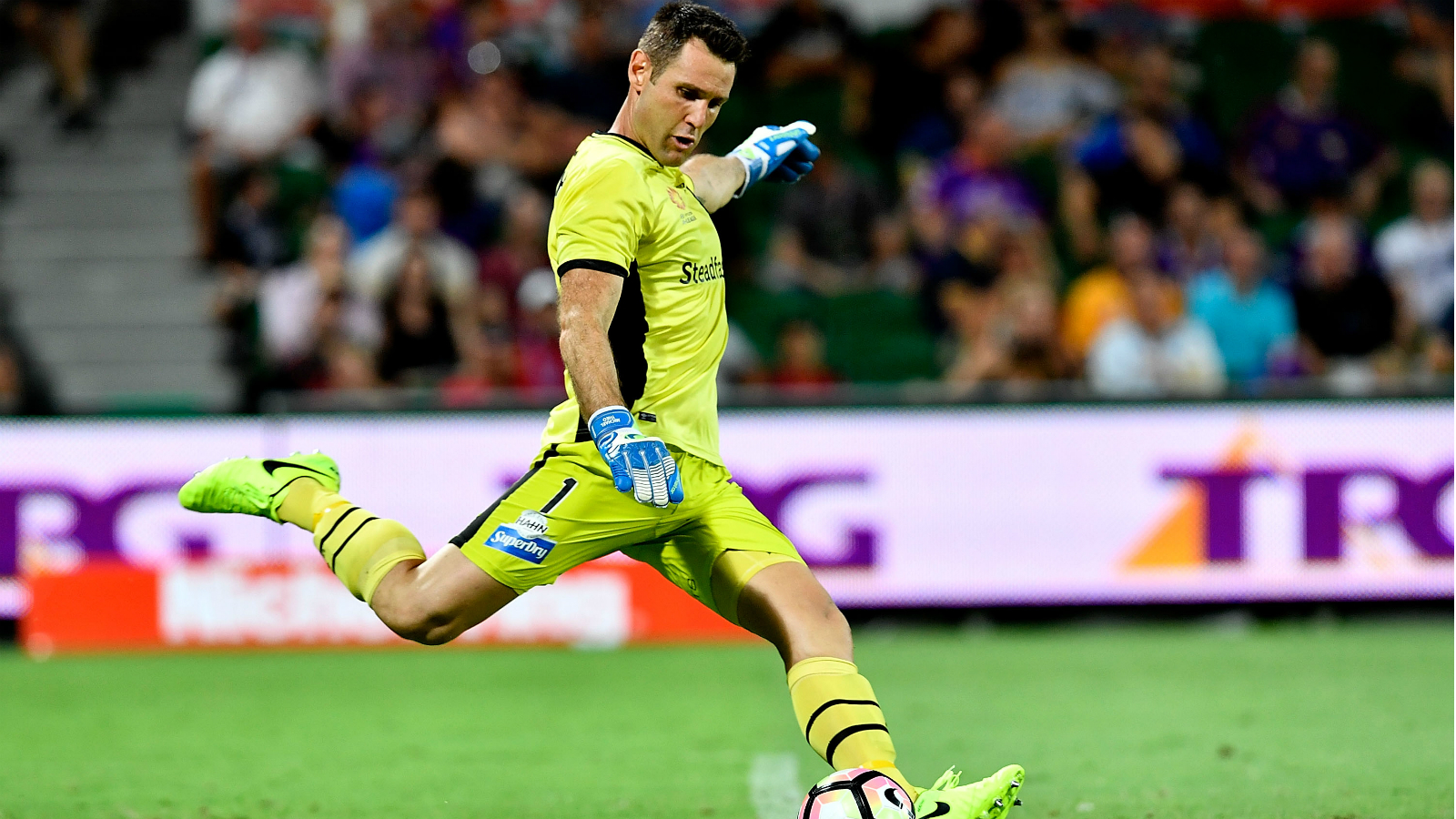