A Brisbane Roar side missing several experienced players went down 3-1 to Perth Glory at nib Stadium on Saturday night.

Brisbane had a fantastic chance to open the scoring early on, as Brandon Borrello broke the Glory offside trap and squared to Jamie Maclaren.

Only a desperate Rhys Williams slide kept the Roar from going ahead.

The Roar then fell behind with ten minutes left to play in the first half, when a looping Richard Garcia header eluded Jamie Young and snuck under the crossbar.

There was a touching moment in the 38th minute, as the nib Stadium crowd stood and applauded to honour the late Dylan Tombides. 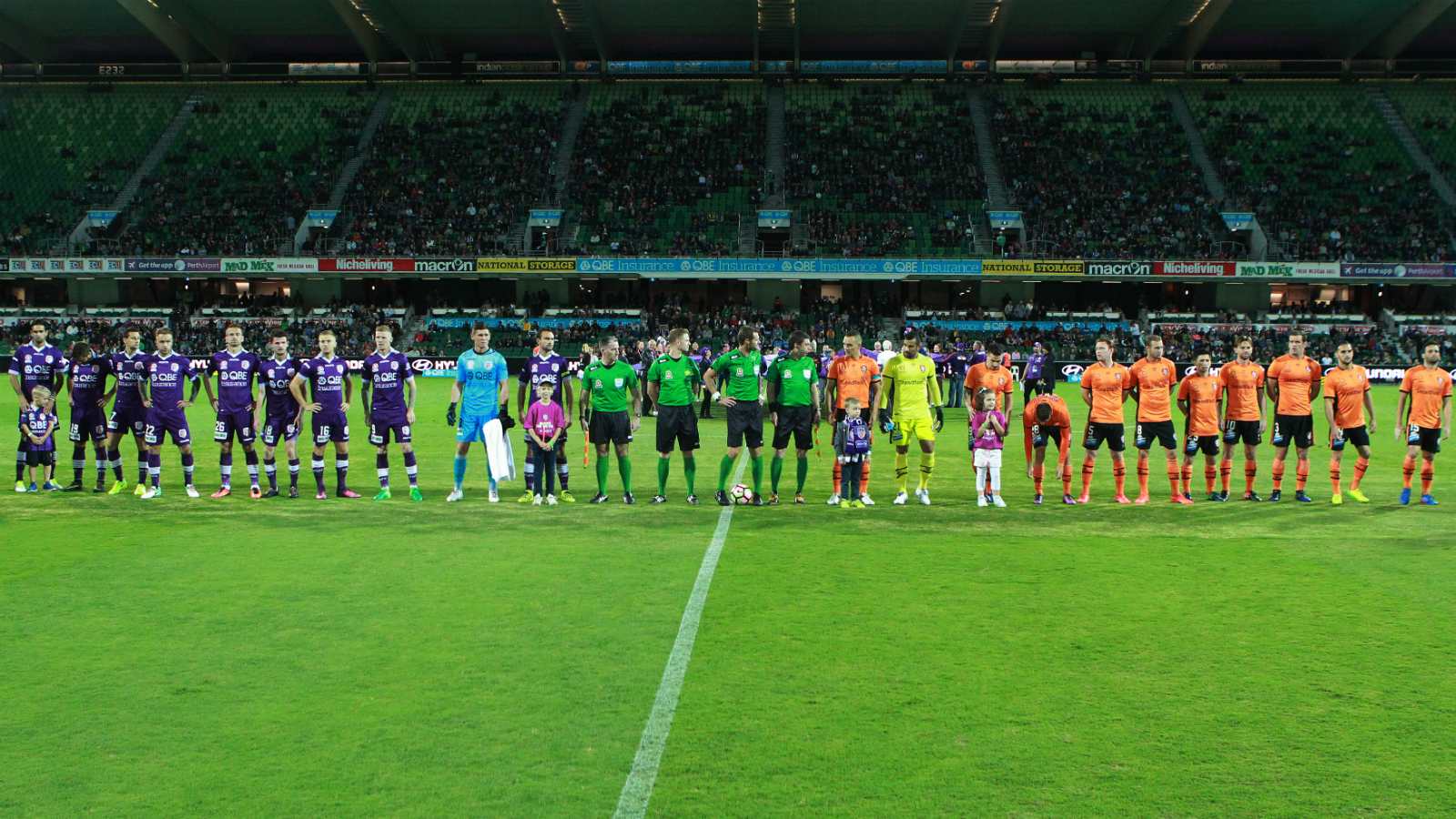 Brisbane regrouped at the break and came out swinging, eventually equalising thanks to Brett Holman’s third goal of the season.

Holman benefited from a slice of luck when he cut inside and shot, sending his deflected effort bouncing over Liam Reddy and into the net.

Parity would not last for long, as Glory striker Andy Keogh soon fired Perth ahead with a sweet volley from a Josh Risdon cross.

The Glory had another goal ten minutes later when substitute Rostyn Griffiths curled a fine shot past Young after being given too much time on the edge of the box.

Maclaren had several opportunities to score against his former side – including an unmarked header and one-on-one chance – but the ball never quite sat perfectly for the Roar striker in his 50th Hyundai A-League appearance for Brisbane.

Despite the disappointing result in Perth, the Roar still has a chance to finish in third spot when the team takes on Wellington Phoenix at Suncorp Stadium this Sunday.

This season’s Hyundai A-League top 6 has now been finalised. 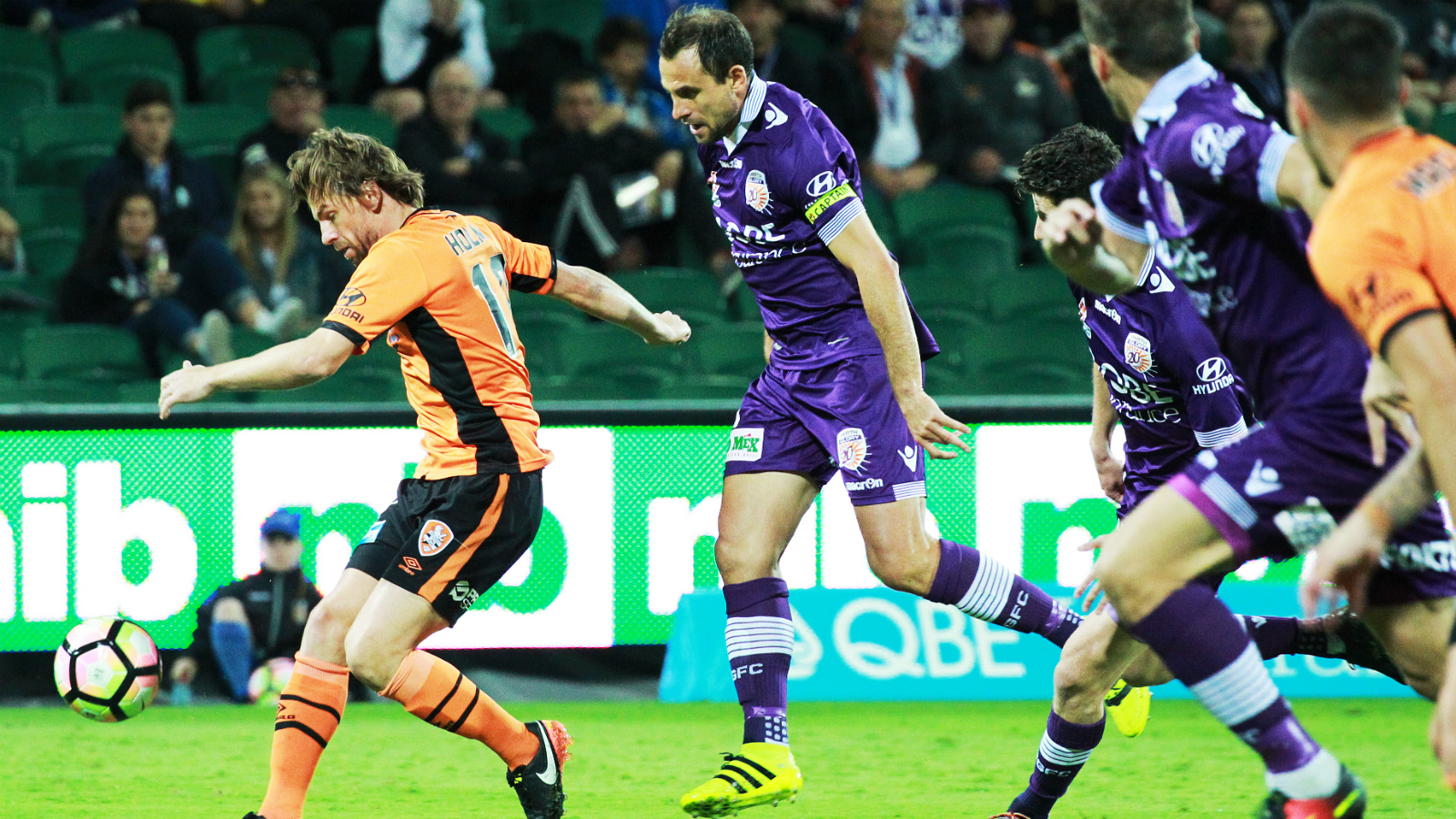 35′ : Richard Garcia loops a header past Jamie Young from a Diego Castro freekick.  0-1

57′: Brett Holman cuts onto his right foot and his deflected shot bounces over Liam Reddy . 1-1

67′:  Andy Keogh converts a difficult volley with ease after being found at the back post by Josh Risdon. 1-2

76′:  Rostyn Griffiths is given a lot of time and curls one past Jamie Young from the edge of the box.  1-3

A busy week for Brisbane with back-to-back home games. The Roar play in the AFC Champions League on Wednesday, before finishing the Hyundai A-League regular season against Wellington Phoenix on Sunday afternoon (5pm KO).