Big games keep coming for Brisbane Roar as the 2016/17 season comes to a thrilling close.

The Roar are in Thailand preparing to play Muangthong United in a hugely important AFC Champions League match.

Head Coach John Aloisi knows his team must be at their best to claim a positive result.

“Playing away from home is never easy and Muangthong United have shown their quality,” said Aloisi.

Brisbane and Muangthong drew 0-0 when they played in February and the Thai team is yet to lose an AFC Champions League game in 2016/17, as they sit top of Group E with eight points.

The Roar struggled during the first three ACL matchdays, but a 2-1 win over Kashima Antlers in mid-April has given the Roar a chance to qualify for the knockout stage. 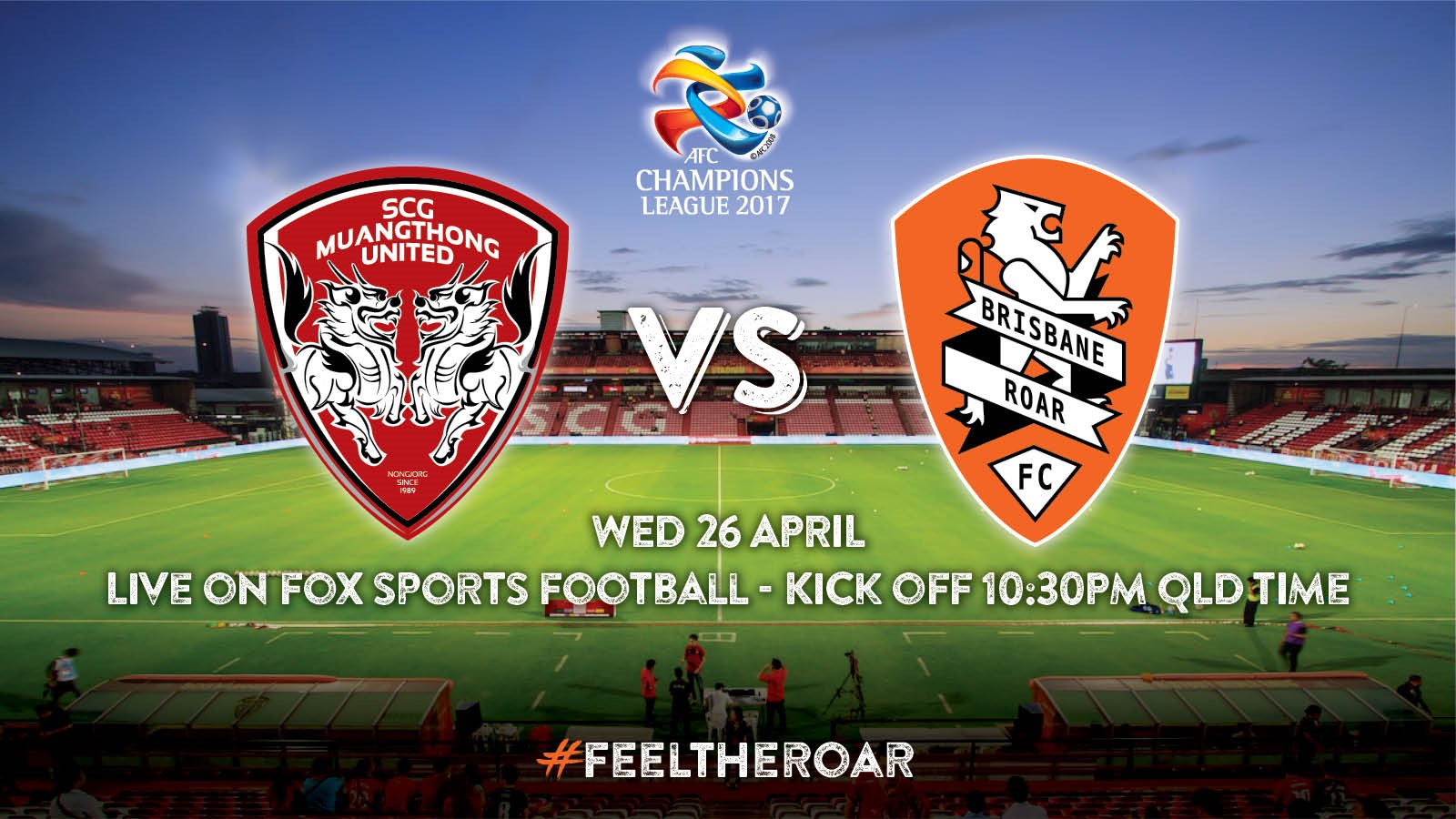 A Roar win in Thailand would make things interesting ahead of the final round of fixtures on 10 May, but a loss would send Brisbane out of the competition.

Brisbane must juggle their Champions League commitments with the Hyundai A-League Semi Final against Melbourne Victory on Sunday afternoon, and Aloisi will give several younger players experience at the continental level.

“We are looking forward to the challenge and exposing our players again to tournament football which will help our development,” Aloisi said.

With Brisbane hoping to reach the ACL knockout stage for the first time, Aloisi wants the Roar to make their mark on Asian football’s biggest stage.

“We have enjoyed our AFC Champions League campaign and it remains a goal for the club to play at the highest level.” said Aloisi.

Watch the Roar take on Muangthong live on Fox Football channel 505, with kick off at 10.30pm QLD time.