Brisbane Roar have recorded a famous victory over Shanghai Shenhua and have secured a spot in the AFC Champions League 2017 Group Stage.

First-half strikes from Brandon Borrello and Tommy Oar proved to be the difference as the Roar recorded a shut-out against their Chinese powerhouse opponents.

Oar was a strong contributor across the park for the Roar and credits the win to a strong whole-team performance.

“There are no star individuals in our team but we play well together and that was the most important thing,” Oar said.

“Because of the conditions in Brisbane we’re very fit so when we come and play in the cold we can run alot more. That was a big advantage for us today.”

The Roar could not have asked for a better start as Oar exploited space on the left wing to assist a well-taken goal from Borrello in the second minute, his fifth goal in two AFC Champions League matches.

Borrello came within inches of a brace shortly after, striking the base of the post with a curling attempt.

The hosts warmed to the occasion and looked dangerous attacking from the flanks with only suffocating defending in the area denying Obefemi Martins space to shoot.

The Roar looked dangerous on the counter and the threat paid dividends five minutes from half-time as slick combination play was finished beautifully by Tommy Oar.

The hosts desperation was evident as time drew on in the second half and their star-studded front line launched a number of dangerous attacks.

The visitors managed to stand tall however with a number of well-timed tackles and strong saves from keeper Jamie Young keeping the Roar’s clean sheet intact.

The Roar’s closing pressure was immense in the second half as the two first-half strikes were enough to see the Roar progress to the AFC Champions League Group Stage for the third time.

The Roar’s first Group Stage match will be at Suncorp Stadium on Tuesday, February 21 (7pm KO) against Muangthong United.

2′: The Shenhua defence allow Tommy Oar to run on to the ball down the left wing. The winger makes them pay with an impeccably-weighted ball to the back post which Brandon Borrello thunders into the back of the net with a first-time volley. 0-1

40′: Crisp passing between the Roar midfield opens space on the right wing which Borrello exploits before cutting back to Oar who finishes superbly across the keeper. 0-2 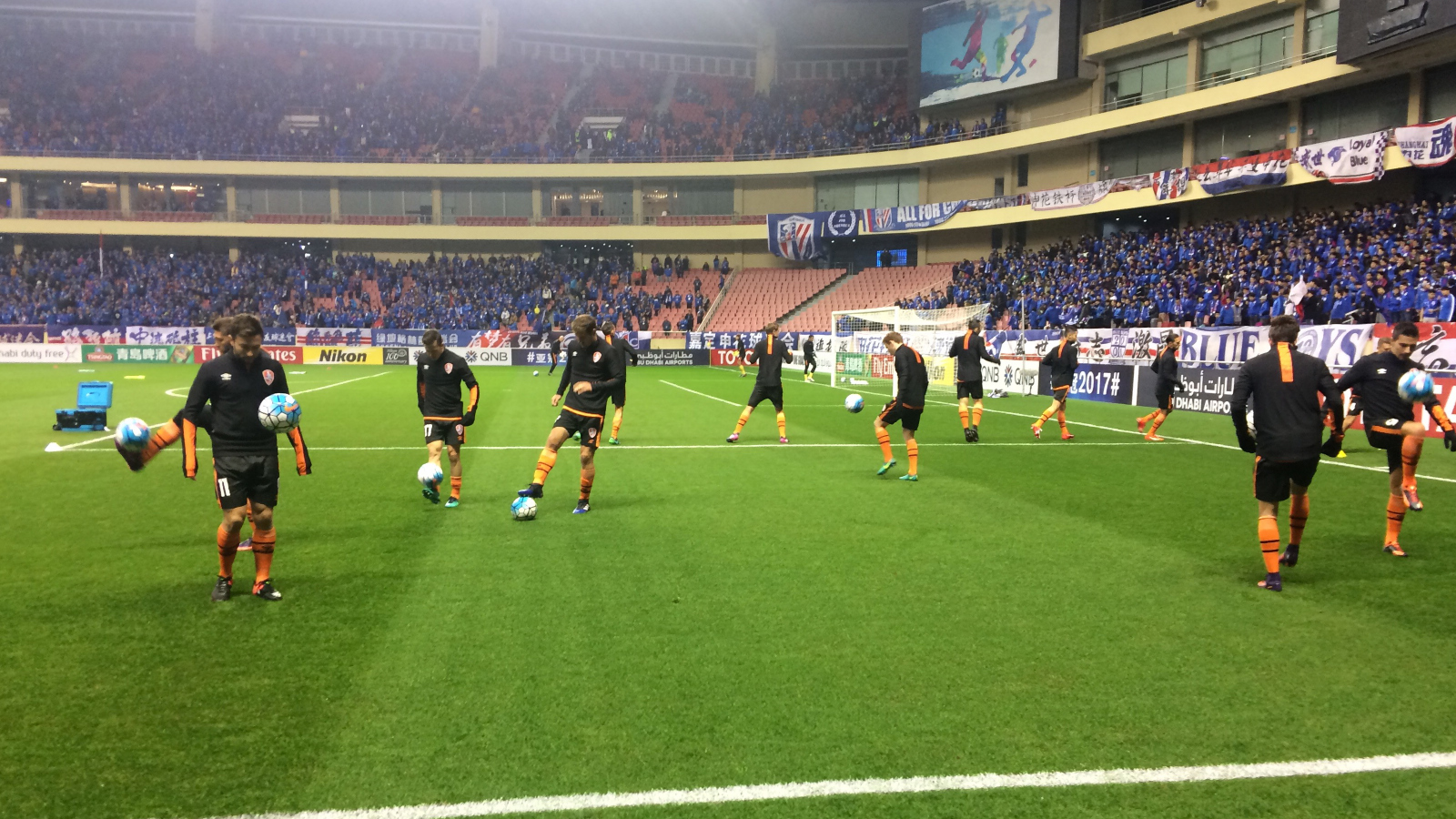 Head Coach JOHN ALOISI: “We knew that it was going to be a tough game with the way Shanghai Shenhua played and their passionate supporters giving them a lift.

“I thought the first half we played very well. In the second half they got on top, we had to defend and we may have gotten lucky a few times as well but it’s a great result.

“If you can score first it gives you an advantage because then the opposition has to come and play. We were happy to score so early, it’s rare to score after two minutes but it was a brilliant goal from good play.

“We weren’t surprised because we know we have players than can create and score goals.” 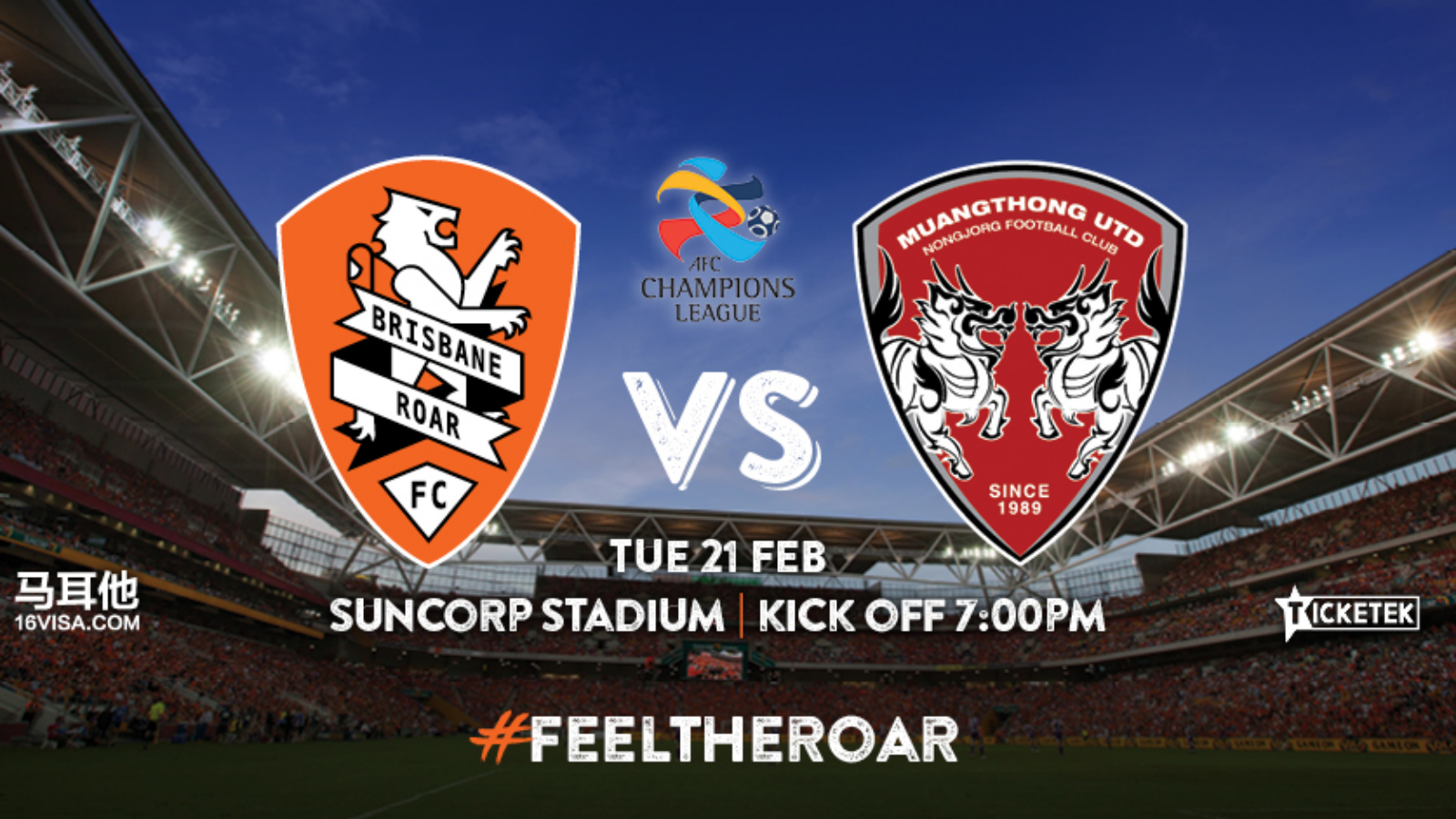