A match that lacked goals was far from eventless as both sides mustered an incredible 16 shots on target, combined with some fine goalkeeping, kept the scores locked at 0-0.

Thomas Broich praised the quality of football on display and says the performance is a sign that the Roar are more than capable of matching the league leaders.

“The football played was outstanding and that’s what we want to see – an entertaining brand of football,” he said.

“We played against a team that’s flying high and we really took the game to them. We’re getting stronger and stronger every week.”

A positive start from the hosts harvested the game’s first chance as Jamie Maclaren looked to squeeze the ball inside the near post only to be stopped by a strong hand from Danny Vukovic.

Scintillating counter-attacking football began with Thomas Broich deep in his own half and ended with Dimtiri Petratos again calling Vukovic into action as the Roar shot out of the blocks into a high-tempo opening period. 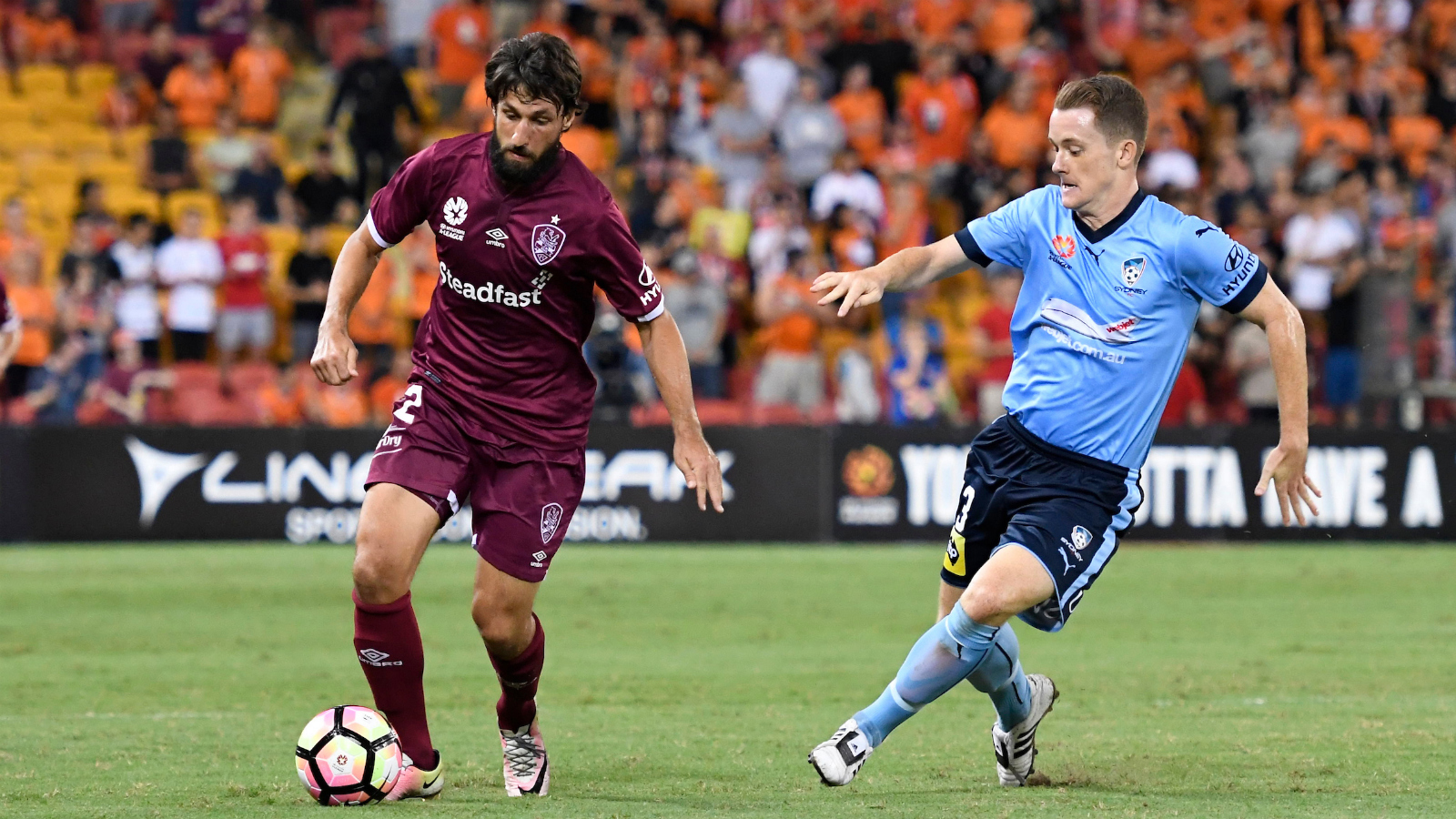 Winger Tommy Oar was in sparkling form in the opening stages and was at the base of a number of Brisbane’s trips into the attacking third before having a chance of his own, once again forcing a strong save from the Sky Blues stopper.

Jordy Buijs had the Sky Blues best chance of the opening half from a free kick just outside Brisbane’s 18-yard box, forcing a lunging low save from Michael Theo.

Theo was the centre of attention again soon after, denying Filip Holosko who had found a pocket of space on the edge of the area.

Both sides had late flurries as half-time drew near but neither were able to break the deadlock in the opening 45 minutes.

A heroic goal-line block from Jack Hingert in the first minute of the second half denied Milos Ninkovic from opening the scoring as the visitors started strongly with a period of sustain pressure. 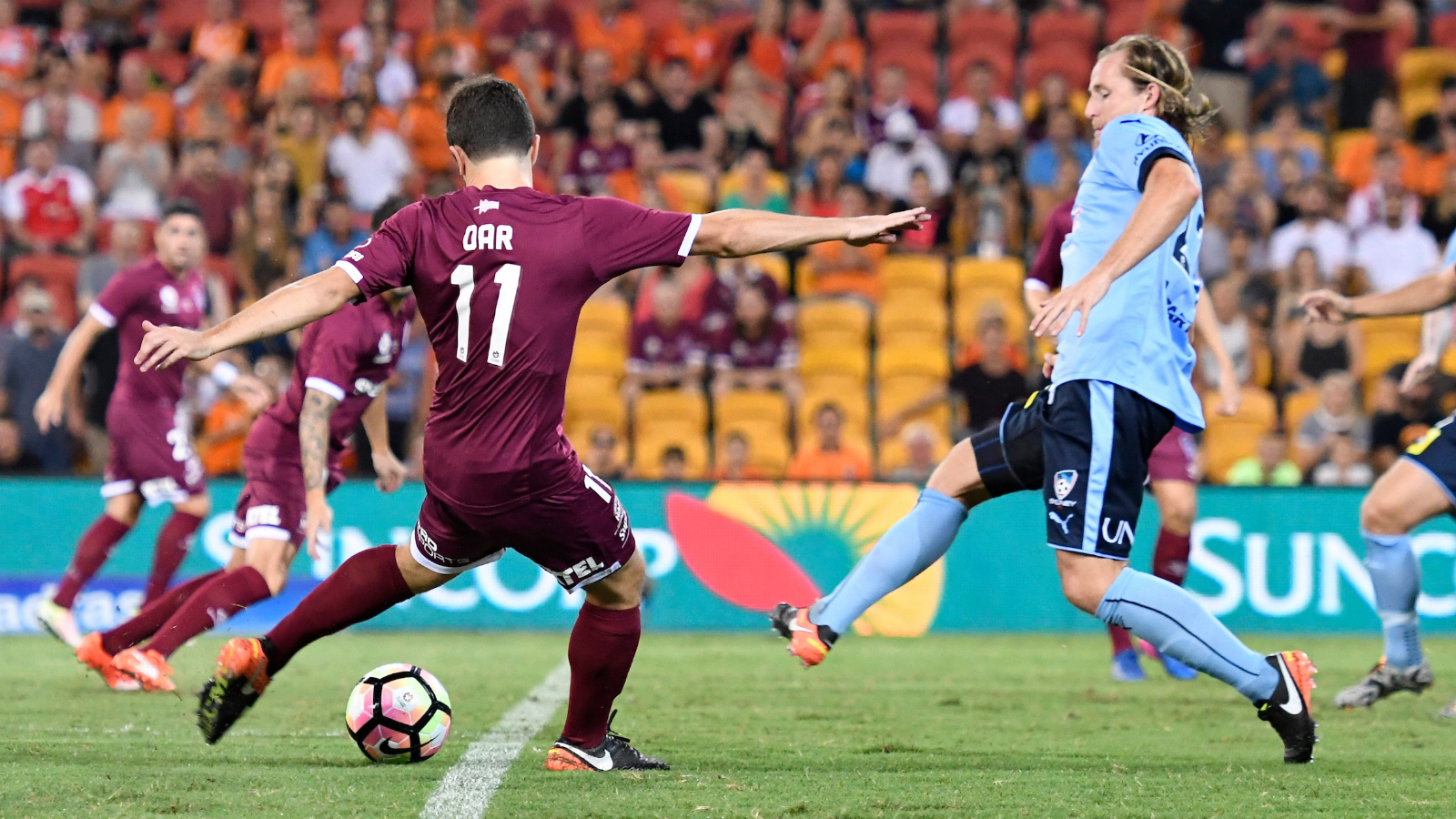 As the hour mark drew close, Thomas Broich came within inches of an opener with a close-range header than cannoned into the bar and back into play via a reaction save from Vukovic.

Brisbane continued to ask questions of the Sky Blues defence as lethal crossing from Tommy Oar brought about a number of nervous moments for the Sky Blues back four.

Nifty footwork and quick play from the Roar brought about a number of strong challenges from the Sky Blues as both Rhyan Grant and Josh Brillante earned cautions from referee Peter Green in quick succession.

Filip Holosko blew a golden chance to give the Sky Blues a late lead, navigating through loose Roar defending only to fire an open header wide of Theo’s net.

Theo then produced a miraculous save to deny Alex Brosque, instinctively stretching out his right arm to scoop a deft goal-bound touch into play before comfortably dealing with the follow up.

Last-gasp flurries from the Roar weren’t enough to break the deadlock as both sides take a deserved point from an incredible game. 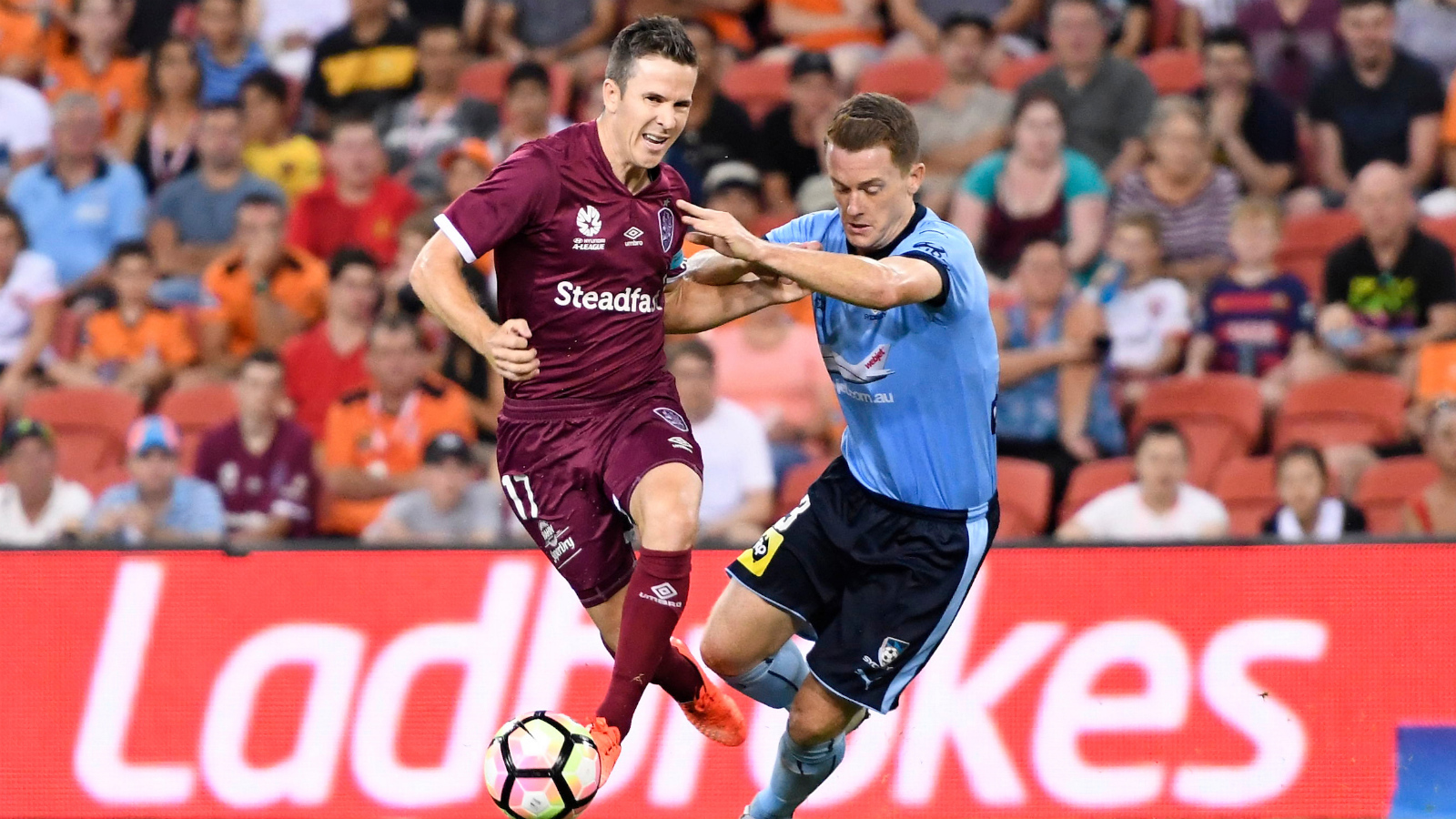 Brisbane Roar goalkeeper MICHAEL THEO: “It’s a great point because Sydney’s the in-form team and they came here with a lot of confidence.

“We’ve had three matches in six days so the boys dug deep. To lose would have been bitterly disappointing but we’ve taken a point and now we move on.”

On THAT save in the second half: “It was goalkeeper instinct to stick my hand out and thankfully I was able to get a hand on it and then deal with the second ball.”

Brisbane Roar Head Coach JOHN ALOISI: “We created good chances and forced some good saves out of Danny Vukovic but they caused us issues on set piece and counter attacks too. 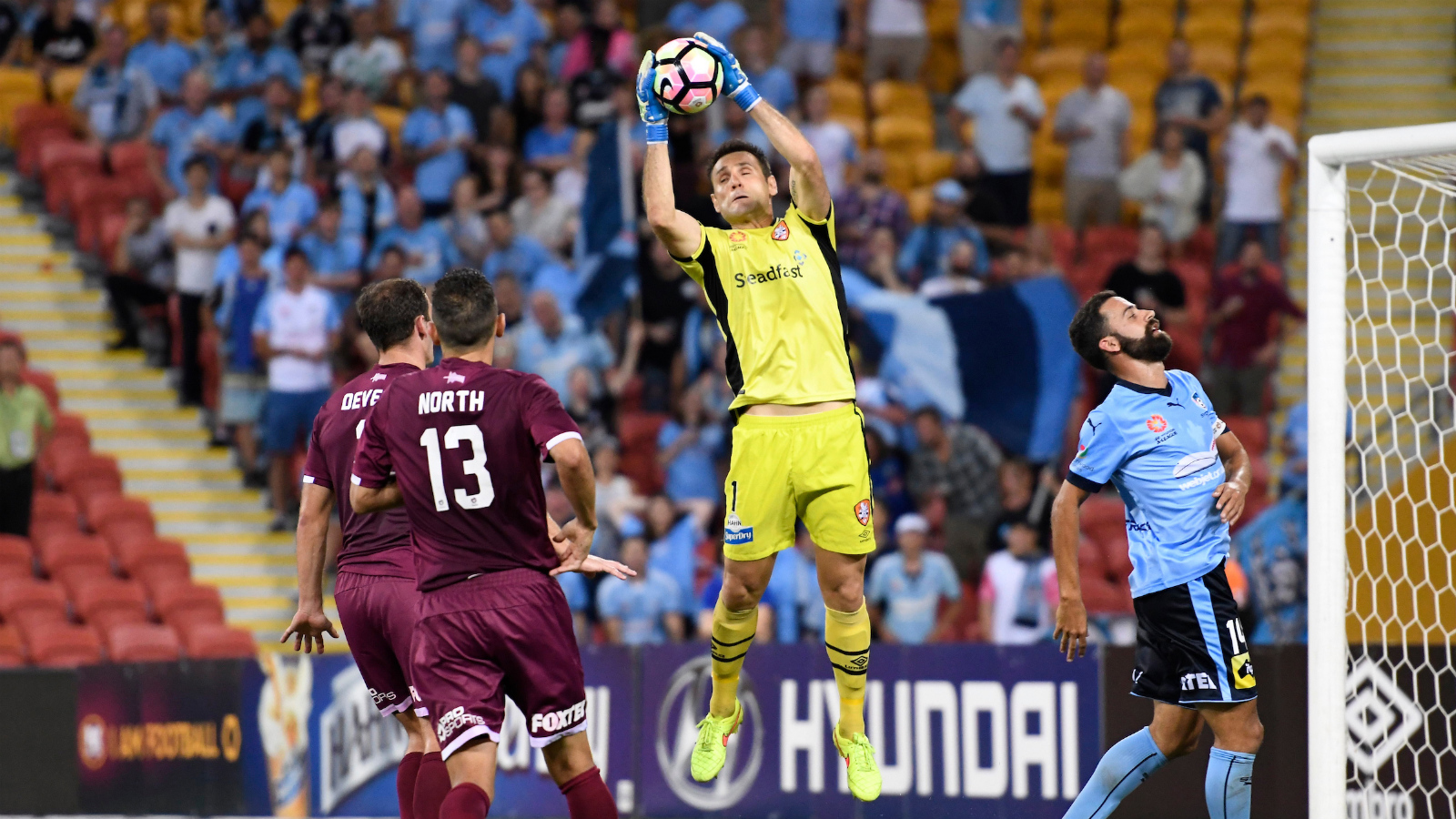 “We dealt with it for most of the night but all-in-all we’re disappointed to have not taken the three points.

“In our build-up phase we didn’t get caught much, it’s more that we got caught a few times when we had a chance up the other end.”

On Wednesday’s AFC Champions League playoff match: “It’s important to try get through but we also worry about the [Hyundai] A-League. It doesn’t give us much time in the turnaround before Melbourne City so I may have to make sure some players are fresh for that game.” 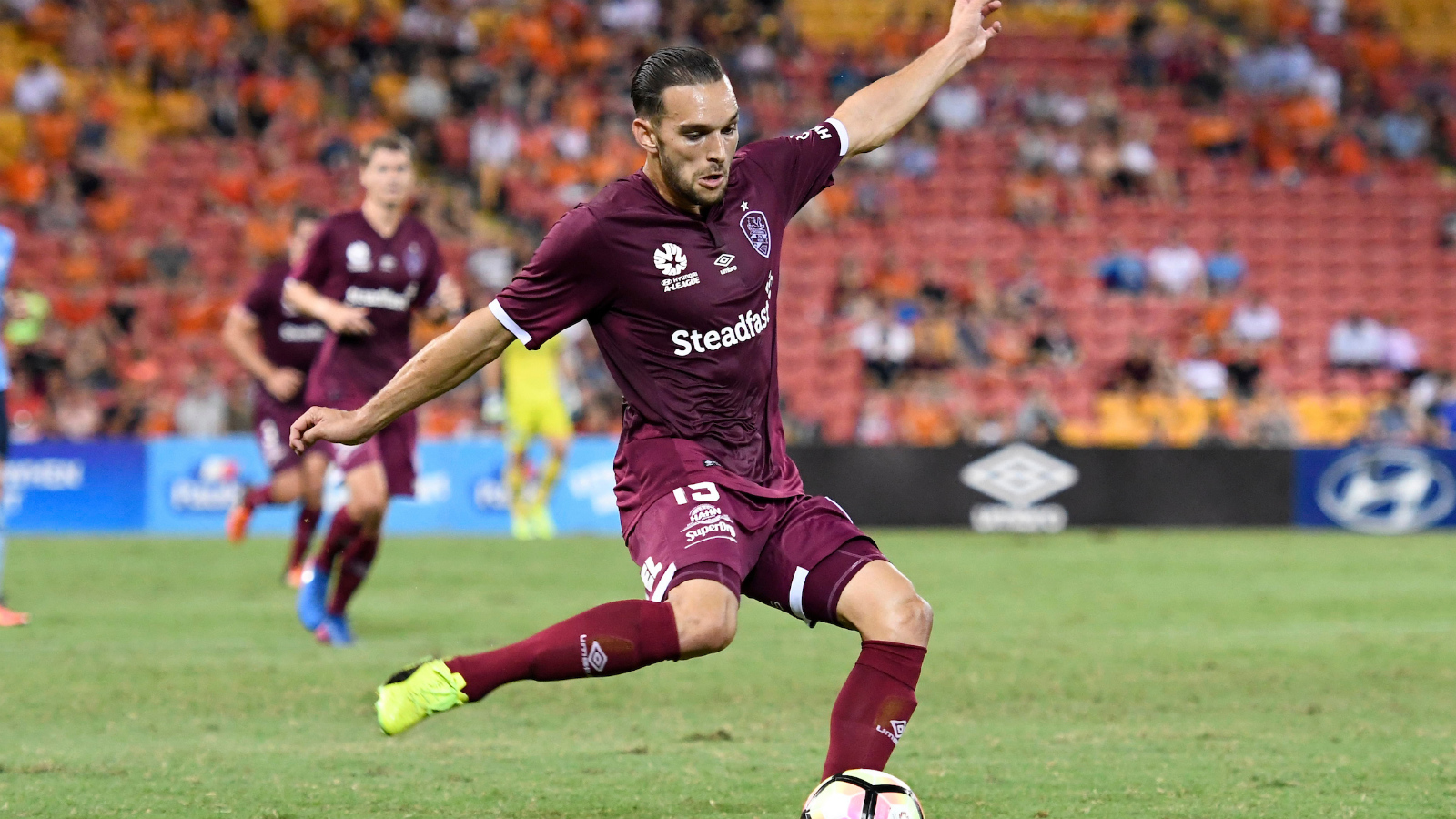