Roar striker Jamie Maclaren joined some of the biggest names Queensland sport today to address the growing drug and alcohol problem in the state.

Ocsober will feature a numebr of awareness programs aimed at highlighting the growing danger of binge drinking and alcohol abuse, particularly among young Australians.

The campaign hopes to raise $700,000 needed to roll out alcohol education programs in Queensland schools.

Research shows a startling 30 per cent of Queenslanders have been affected by alcohol-related violence and over half the population say the sometimes feel unsafe visiting our city centres on a Saturday night because of people affected by alcohol.

Maclaren was partnered with Lee (below) in a race against the other sports stars to juice 10 litres of apples and fruit – which represents the average amount of pure alcohol consumed by Australians aged 15 and over each year. 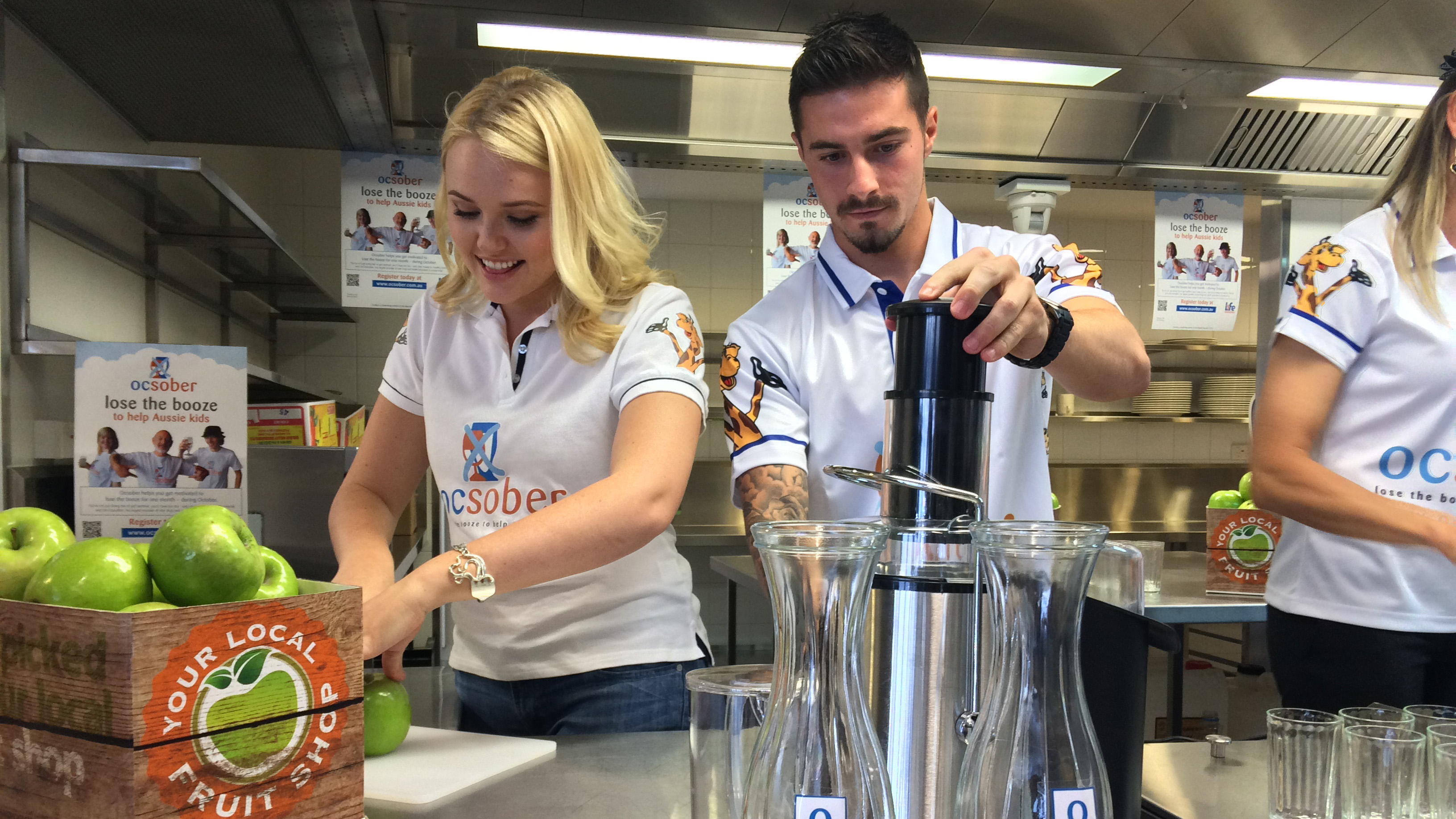 Maclaren is currently recovering from a knee injury and is expected to resume training on Monday.

He won’t play in the Roar’s pre-season game against Central Coast Mariners at Sunshine Coast Stadium on Saturday (7pm kick off).

While the injury ruled Maclaren out of the Olyroos tour of Korea Republic next month, he could be in line for selection in the Roar’s opening Hyundai A-League match against Western Sydney Wanderers FC at Pirtek Stadium on Thursday, 8 October.

Roar skipper Matt McKay will be on Socceroos duty and defender James Donachie will be with the Olyroos and both will miss the season opener.