Talented young defender Corey Brown is determined that his Olympic dream didn’t end in the warm-up to the Roar’s game against Liverpool FC.

The 21-year-old left back injured a quad muscle just minutes before the kick off to one of the most prestigious games in the club’s history.

Apart from the disappointment of not being able to challenge himself against the star-studded Reds, the time Brown spent out injured contributed to him missing selection for the Australian under-23’s recent tour of Europe, where they beat Turkey 1-0 and lost 3-1 to FYR Macedonia.

Fellow Roar players Jamie Maclaren, James Donachie and Brandon Borrello were included on the tour, which was part of the preparations for next January’s tough AFC Under-23 championships in Doha, where only the top three teams will qualify for the 2016 Olympic Games in Rio de Janeiro. 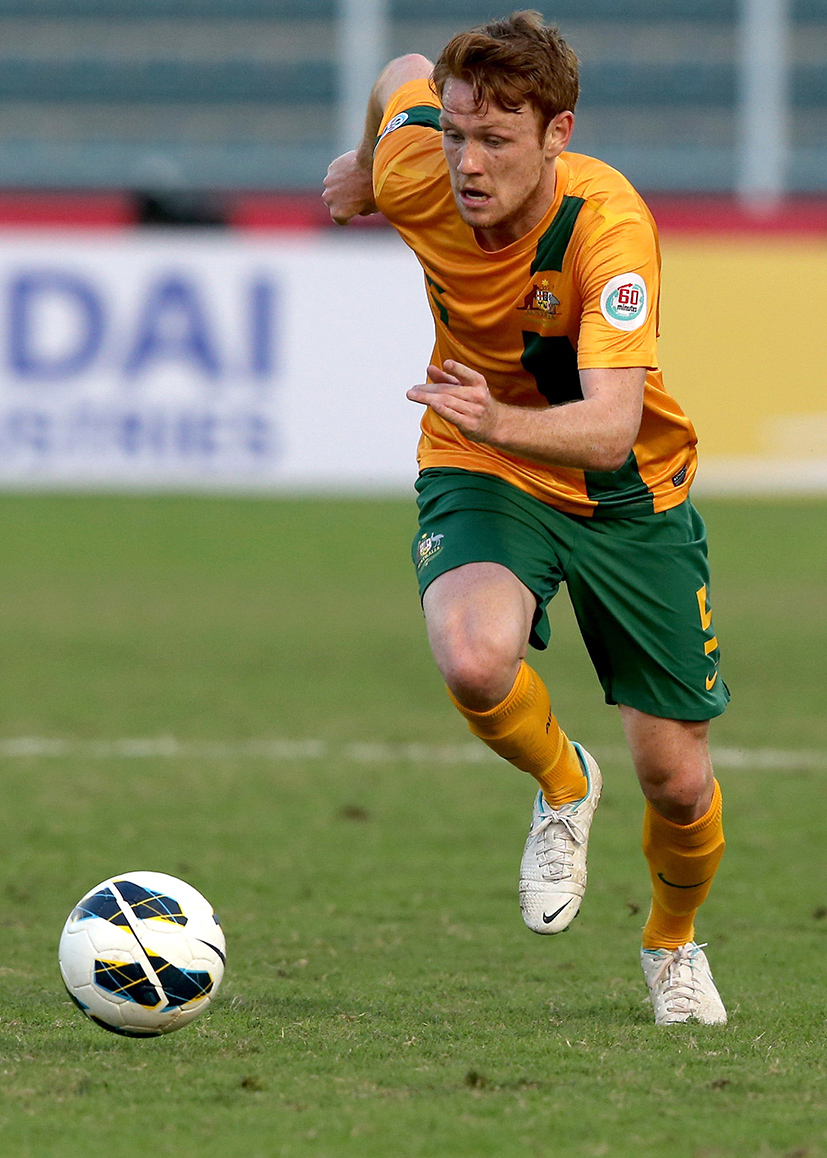 Brown admits it was a tough blow to miss selection after being part of the Olyroos squad which won through the first round of Olympic Games qualification earlier this year in Myanmar.

He got some game time in the Roa’rs match against Gold Coast last week (below) and his main focus now is to get back into the Roar Starting XI – hopefully beginning this Saturday in the Roar’s pre-season clash with fellow Hyundai A-League club Newcastle Jets FC at Cleveland Showgrounds (2pm kick off).

“It was disappointing to get injured so early in the pre-season but I can come back now,” Corey says.

“I am putting my focus on the Roar, our pre-season and the opening rounds of the new season.

“If I do well for the Roar then hopefully I can make it back into the Olyroos squad.

“I am working hard at getting fully fit. I am feeling good at the moment.” 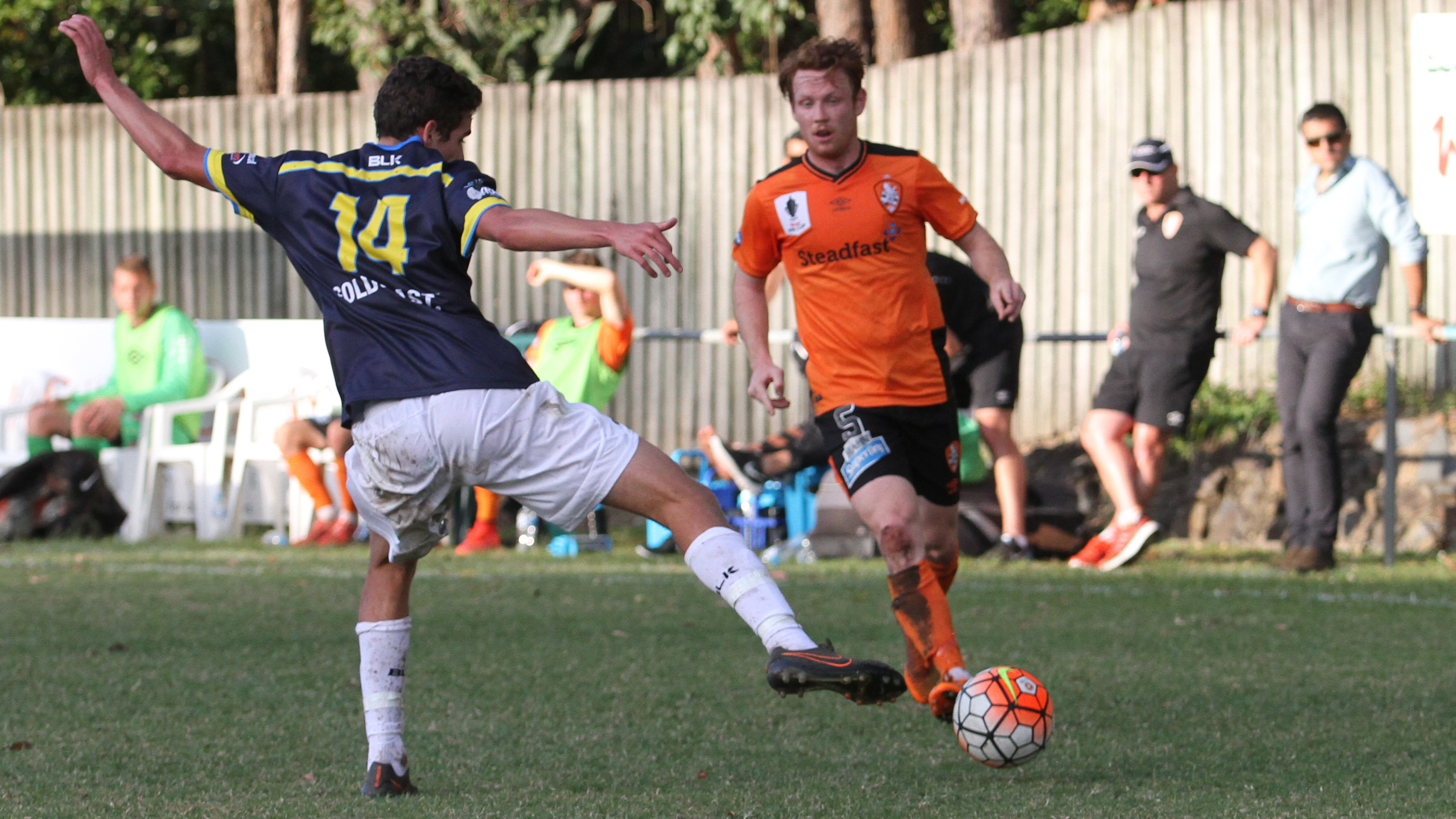 “My advice to Corey would be not to think about the Olyroos,” Aloisi said.

“It is certainly an appealing goal to play in the Olympics but he should focus on performing well for Brisbane Roar and making sure that he is learning and doing his best.

“If he performs well for Brisbane Roar, he will get back in the Olyroos squad.”

Brown, who played with the Joeys at the FIFA Under-17 World Cup in Mexico in 2011, made his Hyundai A-League debut for the Roar in 2012-13. He now has 36 appearances including 17 last season. He also played three AFC Champions League games.

He says he is thriving under Aloisi’s direction and is looking forward to the Roar’s next three Pre-Season Tour games against the Jets on Saturday then the PS4NPLQLD Under-23 All-Stars on Saturday, 19 September (QSAC, Nathan, 4.30pm kick off) and Central Coast Mariners on Saturday, 26 September (Sunshine Coast Stadium, Bokarina, 7pm kick off).

“The three games are important for myself and the whole team. We want to get a few wins before the start of the season.

“I am really enjoying what the Boss (Aloisi) has introduced. We are getting really fit and once we have a few games under him, everyone will see exactly what he is trying to do with the way the team plays. We are working hard, it’s all good.”

● The Roar squad this weekend will include versatile midfielder George Lambadaridis, who returned to training with the club again on Sunday as part of a trial in front of Aloisi. 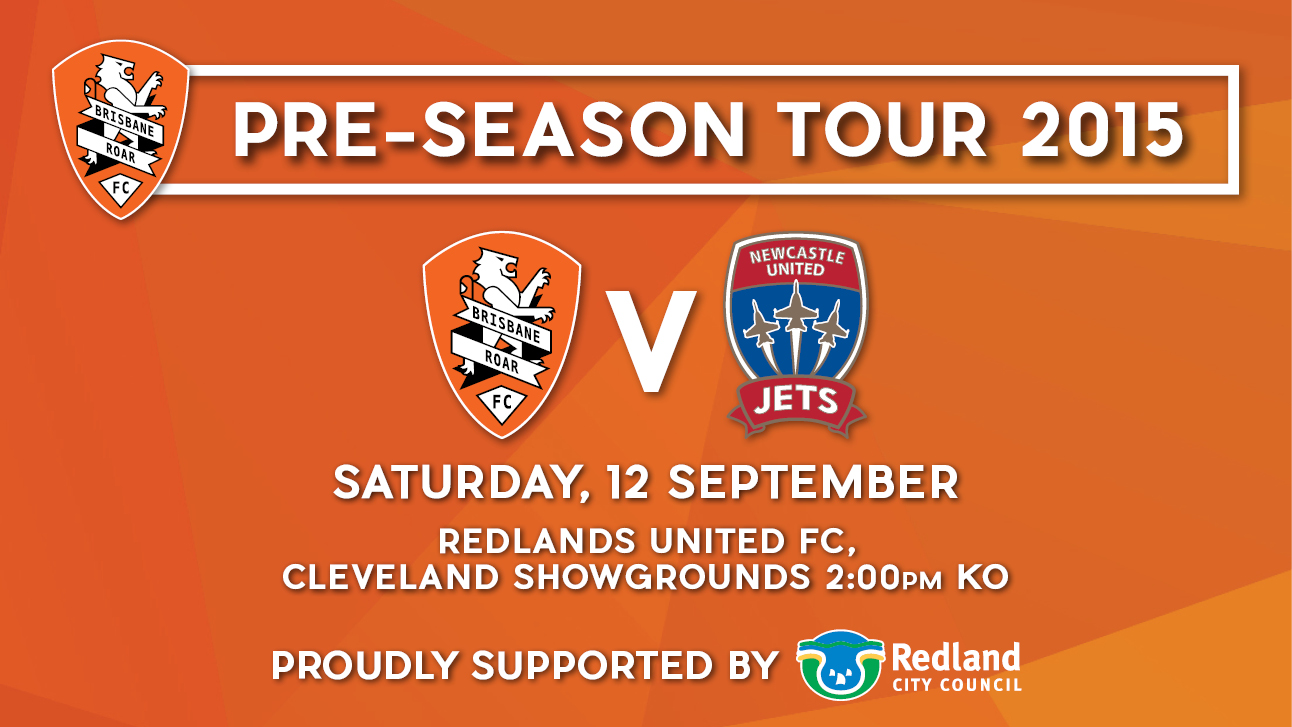