Brisbane Roar failed to capitalise on first-half dominance and crashed out of the Westfield FFA Cup on a 1-0 loss to Western Sydney Wanderers at Penrith tonight.

Former Gold Coast United and Melbourne Heart player Golgol Mebrahtu, on the comeback from a serious knee injury, scored the winner in the 69th minute.

Roar youngster Abrahim Yango put the ball in the net in the 84th minute, four minutes after coming on as a substitute, but was ruled offside as he celebrated the equaliser the Roar so badly needed.

But only a brilliant left-handed save by Roar keeper Jamie Young off an 87th minute penalty by Mark Bridge denied a bigger loss for Brisbane in a game that looked to be there for the taking after they dominated the first 45 minutes.

Roar fullback Shane Stefanutto admitted it was a match that was lost in the second half.

“There can be no excuses . . . our second half was sloppy,” Stefanutto said.

“We are disappointed but there’s plenty of time to improve.

“It was a good hit out and we will be better when we come back against the Wanderers in the opening round of the season.”

The Roar had the best chance to open the scoring in the first half when winger Brandon Borrello pounced on a fumble by Wanderers keeper Andrew Redmayne but his toe-poked shot was cleared off the line.

Brisbane dominated possession in the first 45 minutes and gained control of a high-tempo half as the Wanderers conceded three yellow cards.

The visitors were denied a penalty appeal when Thomas Broich was felled in the sixth minute and came close to another spot kick when Jamie Maclaren was brought down on the very edge of the box later in the half. 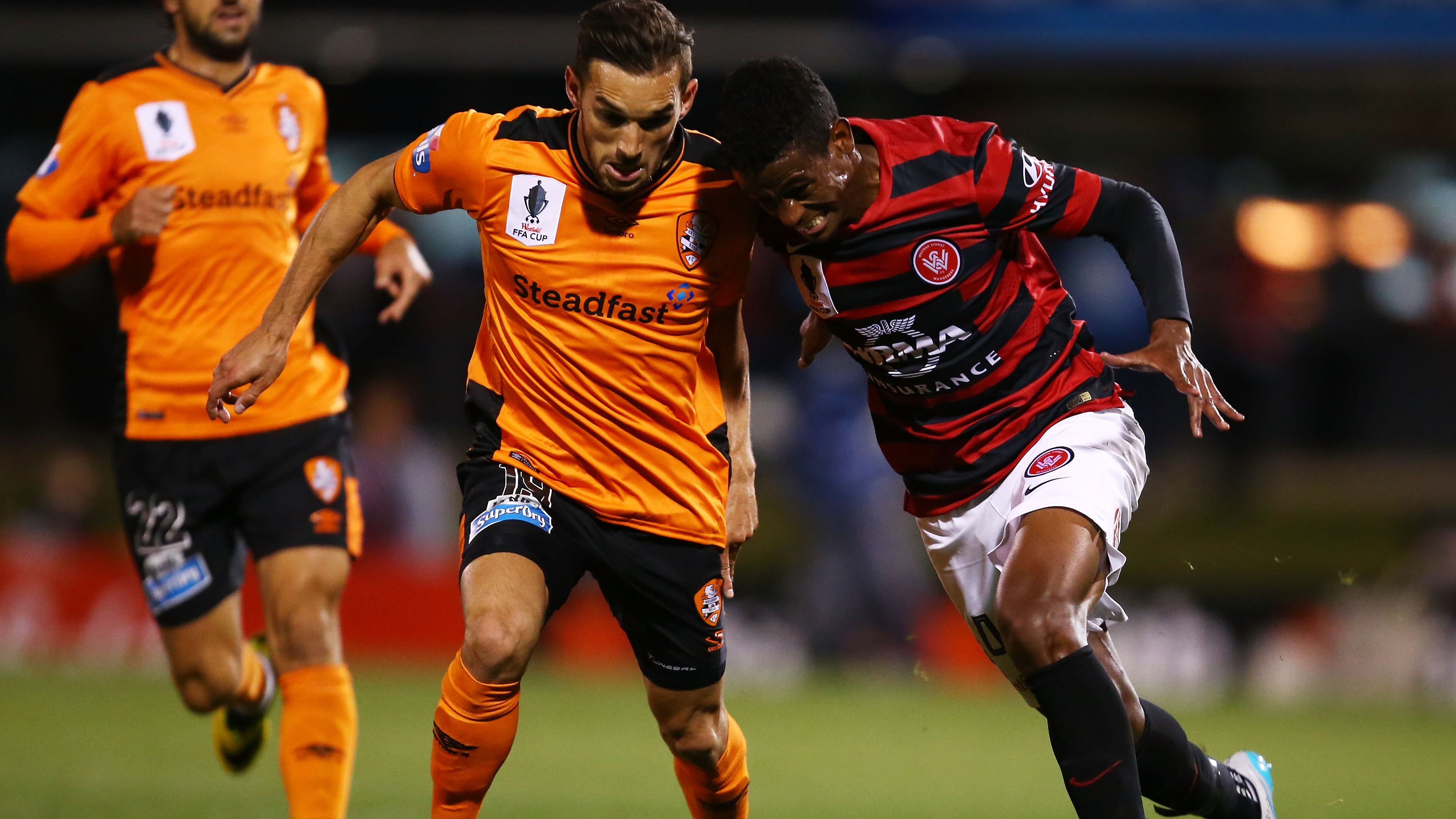 But the Wanderers started the second half much more determined and organised – and were ultimately rewarded.

It took a good save in the 65th minute from Young to keep out a deflected shot from Mebrahtu as the momentum of the game swung away from the visitors.

Four minutes later, substitute Romeo Catelan laid off a sweet pass on the left-hand corner of the penalty box for Mebrahtu to drive low and hard past Young into the Roar goal.

Yango thought he had an 84th minute equaliser but was ruled offside, then two minutes later Young saved off Bridge from the spot.

Luke Brattan had one last chance to level the scores with a stoppage-time free kick, but he curled his effort wide and left of the goal.

The Roar will now concentrate on a busy pre-season program leading into their opening fixture of the 2015/15 Hyundai A-League season, again against Western Sydney Wanderers, on Thursday, 8 October.

Brisbane play Melbourne Victory at Southport next Wednesday, 19 August, then have matches in September against Newcastle Jets, PS4NPLQLD U23 All-Stars and Central Coast Mariners.