The club’s No.9 has netted 10 goals in 14 games and has stamped himself as one of the most dangerous strikers in Hyundai A-League and one of the most clinical finishers.

His angled runs and mobility across the Roar front line make him hard to mark and an ideal target for passes from the Roar midfielders as Maclaren finds gaps in opposition defences.

“I’m the fittest I have ever been. It’s good to be back scoring goals and winning games, it is all about confidence now,” Maclaren said after training today.

“I’ve worked hard this season to get fit and score goals. I’ve just got to continue it and keep Brisbane Roar at the top.” 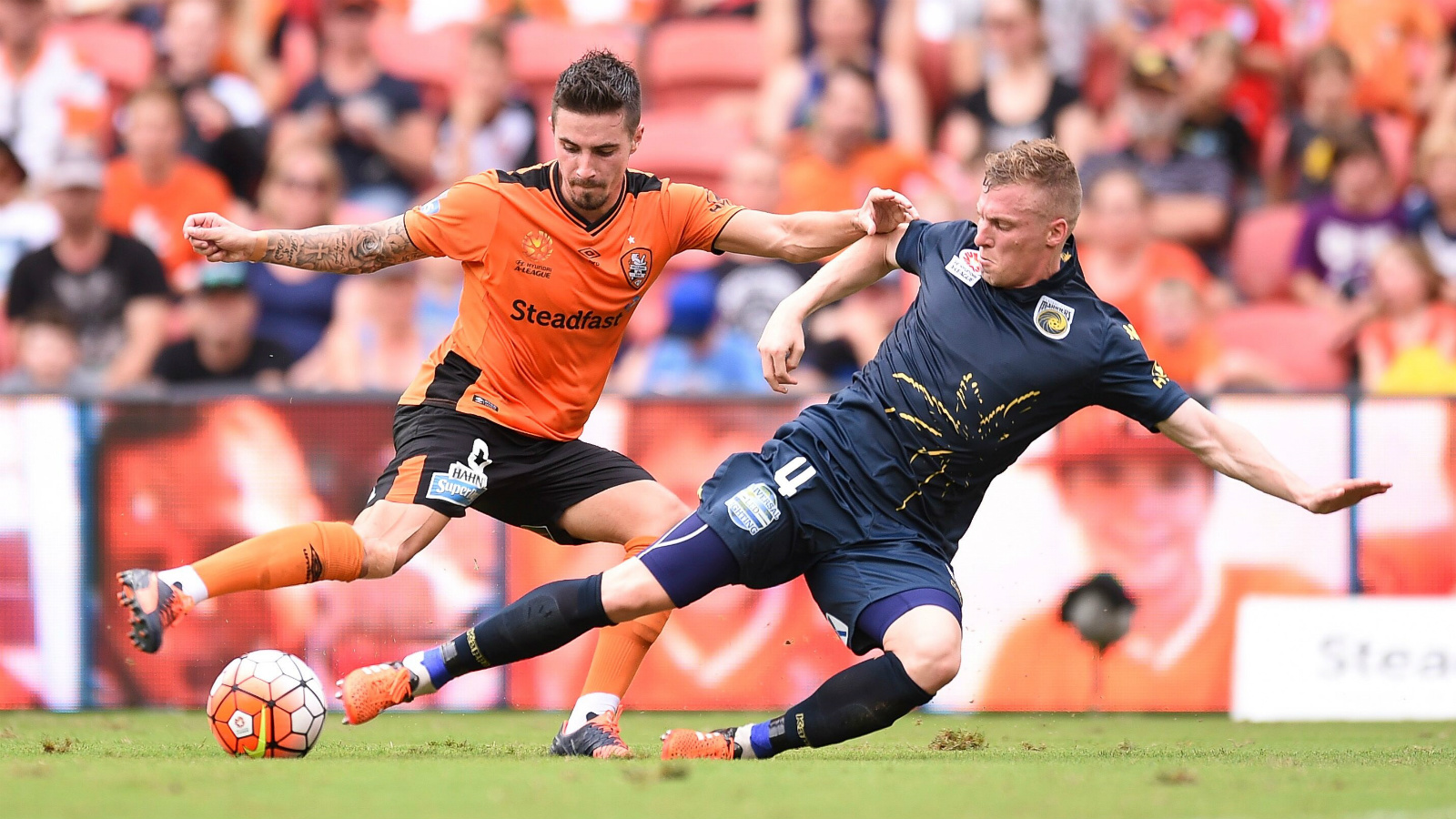 Maclaren (above) says the faith placed in him by Roar Head Coach John Aloisi and his team mates had boosted his confidence.

“Confidence plays a big part in a striker’s role that’s for sure,” he said.

“When you continue playing games and scoring goals, you walk on the field thinking you will score again.

“It’s always great when you hit the back of the net. To have your team mates running towards you – it is a great feeling. I just want to continue that.”

Also among the Roar scorers in last weekend’s 4-0 crushing of Central Coast Mariners was Spanish import Corona with his first goal for the club. 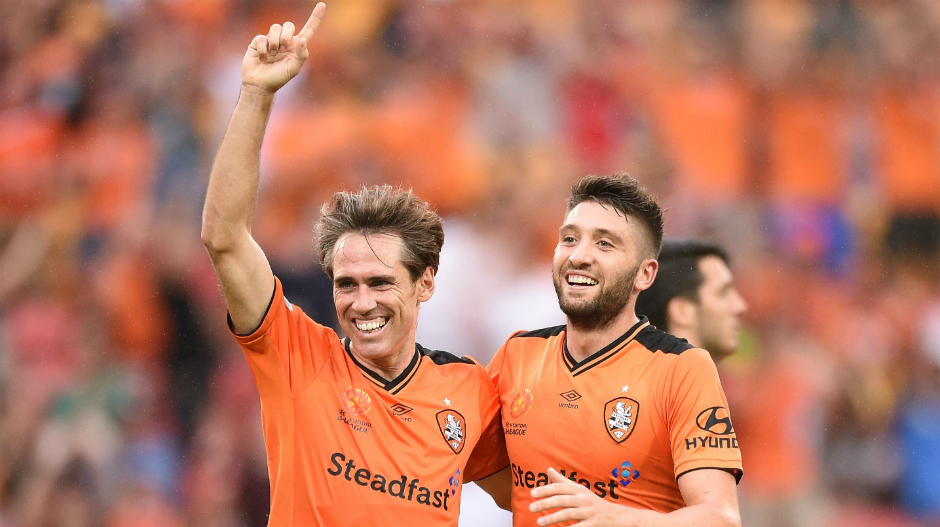 Corona (above) hit a sweet right-foot shot from the edge of the penalty area that squeezed inside the far post and well out of the reach of Mariners keeper Paul Izzo.

“My first goal for Brisbane Roar, for me it is a very good moment for my memory. Very great night,” Corona said.

Both players agreed that the Roar will need to take the goal-scoring chances against a revitalised Newcastle Jets in their Hyundai A-League Round 19 clash at Suncorp Stadium on Friday (7pm kick off).

The Jets caused the upset of Round 18 with a 2-1 win over Melbourne City.

“They are going to come up here pretty confident after a good win against a good Melbourne City side,” Maclaren said.

“We are full of confidence after scoring four and three (goals) in the previous game (3-1 versus Sydney FC). It is a quick turn around for us and we can’t wait for it.”

Corona said it was important that the Roar make the most of back-to-back home games.

“This is a good opportunity for us. We must get points playing against teams lower on the ladder while the other top teams are playing each other,” he said.

The proceedings will include a half-time presentation to the crowd of the Brisbane Roar powerchair team which last month won the national championship and retained the Foundation Cup with a 3-0 win over Western Sydney.