Brisbane Roar put on an attacking masterclass in a dominant 4-0 victory over Central Coast Mariners in their Hyundai A-League Round 18 fixture at Suncorp Stadium.

On a day where they celebrated their two millionth home spectator, the Roar were at their creative best and dominated a lacklustre Central Coast, confirming their spot among the competition leaders.

Brisbane created 17 shots to six and with better finishing, could have scored more.

Thomas Broich was unlucky not to double the Roar’s lead minutes later. Beautiful build up play down the right ended at the German maestro’s feet, but he couldn’t steer Brandon Borrello’s cutback past Paul Izzo.

The Roar capitalised on their dominance and doubled the score not long before half-time. Jamie Maclaren was first to react when the ball hit the deck following an aerial battle with Storm Roux before putting his laces through a shot from 15 metres to double the lead.

The second period started with more of the same as Brisbane continued to pester Izzo’s goal.

The Roar exploited the Mariners desire to push numbers forward and scored their third on the counter.

Broich received from Borrello and penetrated into the box before cutting back to Corona who thundered a shot home from 20 metres. The strike was the Spanish import’s first goal in the Hyundai A-League.

The visitors were reduced to 10-men when Maclaren was fouled in the area by Harry Ashcroft. Henrique, who was brought on midway through the second period, coolly slotted the penalty to Izzo’s left to extend the Roar’s lead to four.

“Our message to the players was we had to have that desire in defending our goal and making sure we don’t give them any opportunities at all,” Aloisi said.

“It was desperate (the defending). It doesn’t matter what the score is you have to have that in your game and I felt that today.”

The Roar’s combination play in midfield caused problems all afternoon for the Mariners. Usual suspects Thomas Broich, Brandon Borrello and Dimitri Petratros created regular solid chances for the home side.

The Mariners resistance withered late and the Roar were unlucky to not score again.

Keeper Michael Theo was rarely troubled as Central Coast failed to create many meaningful chances in a game dominated by Brisbane.

Substitute Brad MacDonald nearly opened the scoring late on for the Mariners, however his looping shot over Theo went wide.

20’: Corona slides his free kick to the back post where James Donachie beats his opponent in the air and heads back to the face of goal where Jade North rises and nods the ball to Izzo’s right for his second goal of the season. 1-0

36’: Whipping cross from the right wing from Dimitri Petratos is contested in the air by Roux and Maclaren. The Roar striker is first to react as the ball hits the deck and thunders the ball into the back of the net. 2-0

59’: Brisbane hit the Mariners on the counter-attack. Broich receives from Borrello and penetrates into the area before cutting back for Corona who drives home a bullet into the bottom corner from 20m. 3-0

72’: Maclaren (below) is brought down in the area by substitute Harry Ashcroft and Referee Matthew Conger points to the spot. Henrique steps up sends Izzo the wrong way, calmly finishing to the keeper’s left. 4-0 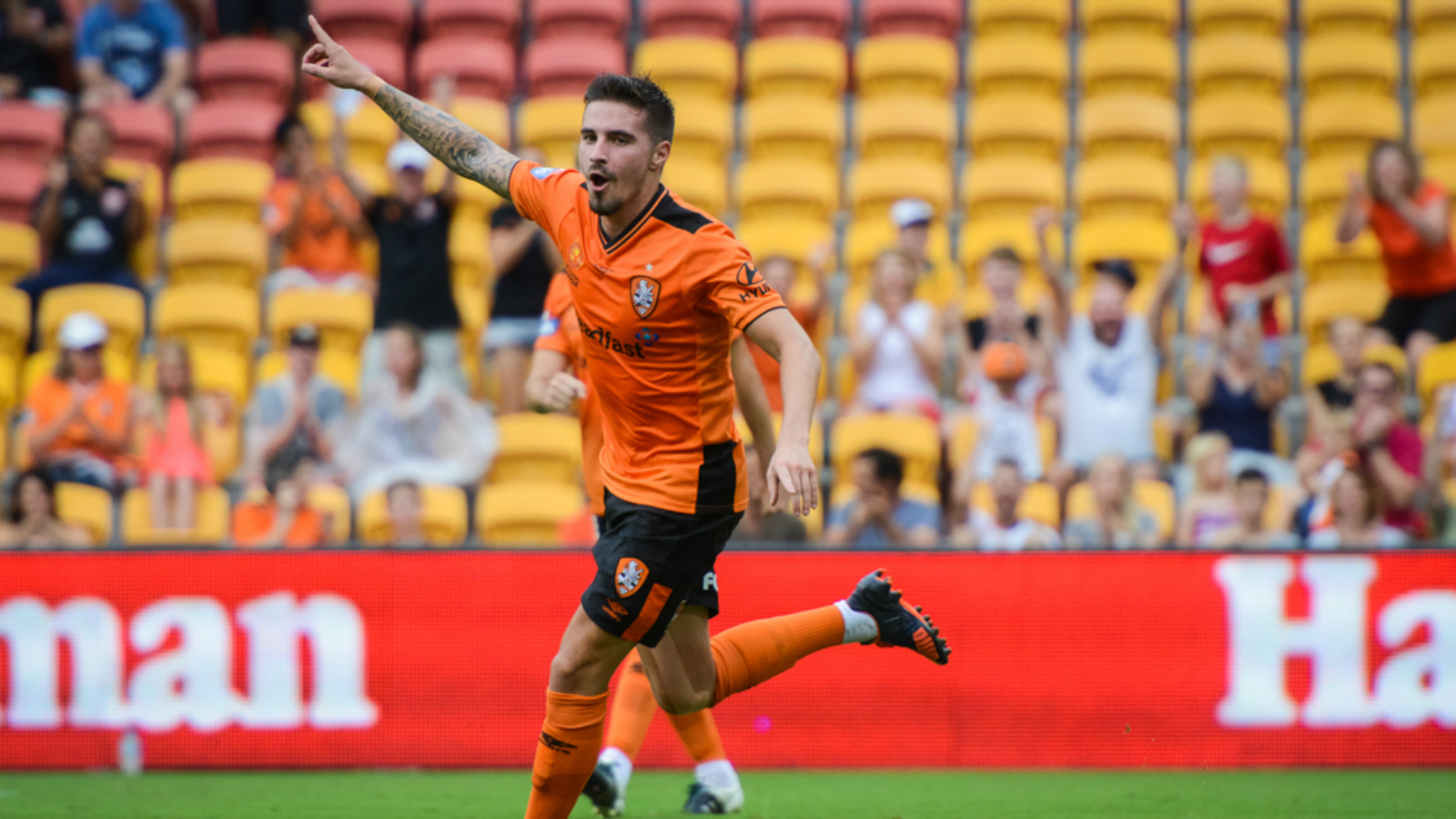 The Roar’s combination play is a delight to watch. The crisp interplay from midfield into the attacking third regularly created space in behind the Mariners’ defence, creating space and time out-wide and leading to numerous goal-scoring opportunities.

Brisbane Roar Head Coach JOHN ALOISI: “We had to be patient, because the first 15 minutes they were making it hard for us to break them down. Once we got the first goal we started to open them up.

“They tried to press but we were good enough to out play it. They didn’t make it easy for us, in the first half we struggled to break those lines. In the second half we were positive and created a number of opportunities.

“We wanted to put on a good performance and get the win for our supporters because they’re always backing us.

“To score four goals and give them something to cheer about. It was good to get that win.

“It’s important we do get back to winning ways and we have in the last two games, but we know there’s still a long way to go.”

On striker Jamie Maclaren: “His movement was great but he also set up some opportunities.

On Spanish midfielder Corona: “A lot of the time people don’t see what he does in a football game. It was a great strike, he’s a top a player and so important to us”

Central Coast Mariners Head Coach TONY WALMSLEY: “They were 4-0 victors and rightly so. To be fair, credit to our lads who did defend with desperation right to the end. Credit to Brisbane, we can’t play like that and win A-League matches.

“We allowed them to play it between each other by the time they get it to forward areas we’ve dropped too deep.

“Brisbane are too good at that, they pick you off and keep the ball moving in and they start punching it into the pockets.”

The Roar play the second of consecutive home games at Suncorp Stadium on Friday February 12 (7pm KO) against Scott Miller’s Newcastle Jets. The sides played out a 1-1 draw in their last meeting in November and a win for Brisbane would solidify the Roar’s position among the Hyundai A-League leaders.

The Roar have picked up 22 points from nine home games this season, and will be strong favourites against the ninth-placed Jets.

To secure your seats NOW to Friday night”s game against the Jets, click here 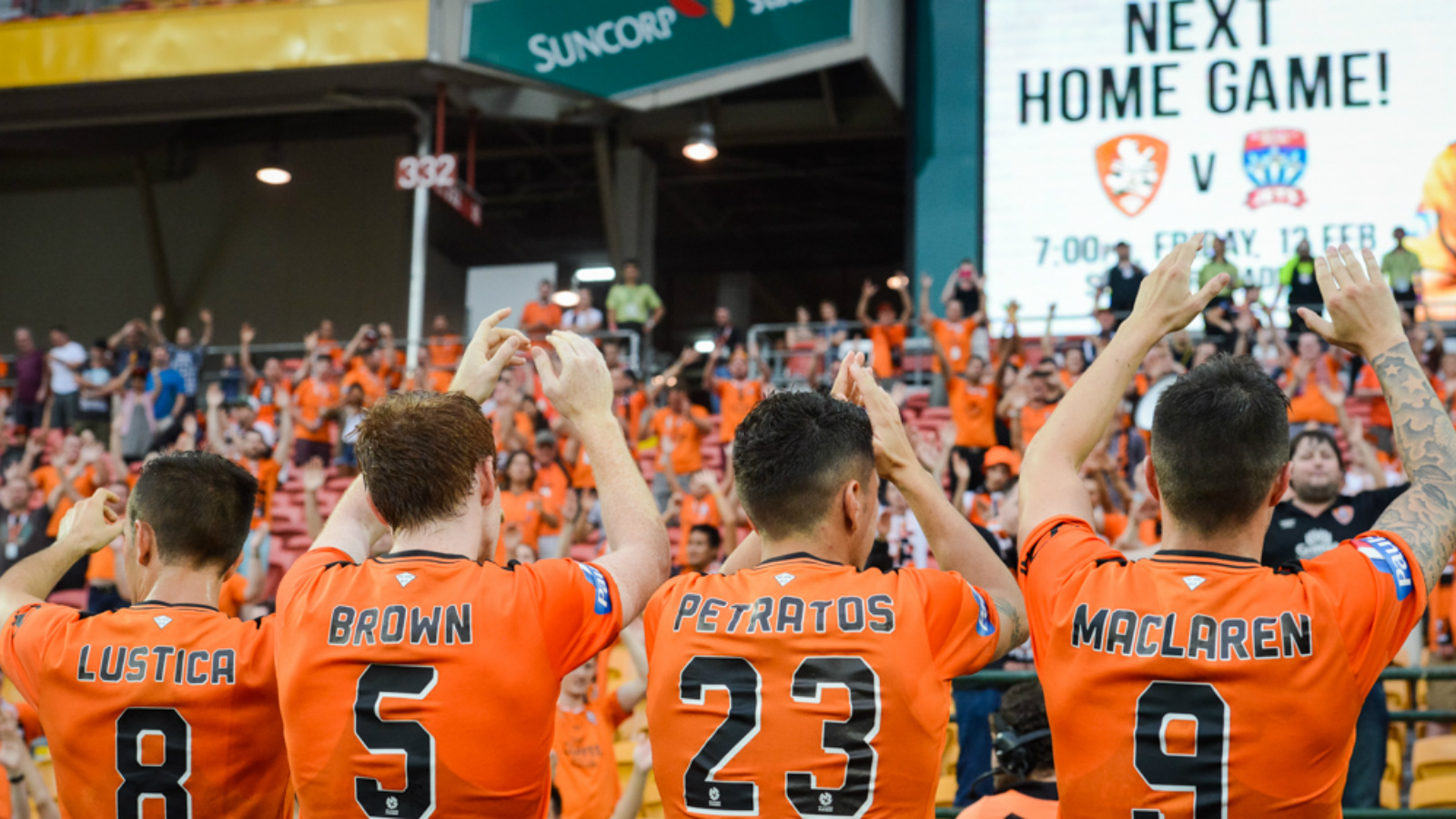